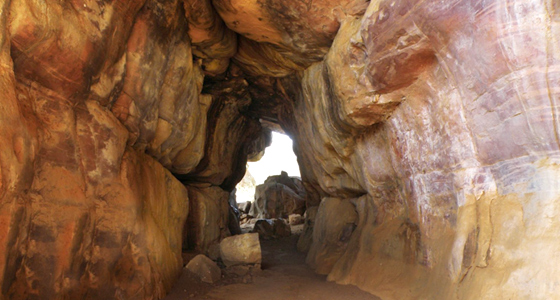 Meet on arrival at Bhopal Airport by our representative and transfer to the hotel. Rest of the day free for your own activity. Overnight stay at hotel.

Day 02: Bhopal - Bhojpur - Bhimbetka - Bhopal
After breakfast drive to Bhimbetka, enroute visiting Bhojpur. This place have the biggest shivling in world. After visiting temples, and enjoy to boat ride to cross river and visit another temples. After visiting continue journey to Bhimbetka. Bhimbetka here superimposition of paintings shows that the same canvas was used by different people at different times. The drawings and paintings can be classified under seven different periods. Later back to Bhopal. Overnight stay at hotel. 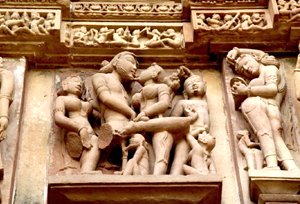 After breakfast, drive to Khajuraho, enroute visiting Sanchi and witness the masterpieces of Buddhist Art which speaks of the story of Emperor Ashoka’s becoming follower of Buddhism. Sanchi is known for its Stupas, monasteries, temples and pillars dating from the 3rd century B.C. to the 12th century A.D. The most famous of these monuments, the Sanchi Stupa 1, was originally built by the Mauryan Emperor Ashoka, the then governor of Ujjayini, whose wife Devi was the daughter of a merchant from adjacent Vidisha. Their son Mahindra and daughter Sanghamitra were born in Ujjayini and sent to Sri Lanka, where they converted the King, the Queen and their people to Buddhism. Later continue drive to Khajuraho. On arrival at Khajuraho check-in at hotel. Overnight stay at hotel. 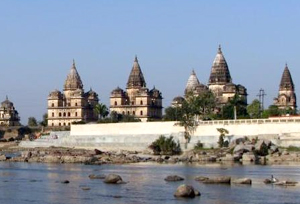 Later drive to Orchha. On arrival at Orchha check-in at hotel. Overnight stay at hotel.

Day 05: Orchha - Datia - Gwalior
After breakfast visit Orchha - Orchha is a small town placed on the banks of River Betwa and accurately translates to "hidden place "and is a well known traveler Destination. Orchha is residence to Bundella style of structural design and the palaces of Orchha bear observer to the magnificent work of medieval architects. The famous amongst this are Raj Mahal and Jahangir Mahal. The Raj Mandir - built on a square base has plain external with projecting windows. The Jahangir Mahal, built to welcome the Mughal emperor Jahangir is the magnificent example of Hindu structural design. The other attractions include the Raj Mahal, The Sheesh Mahal, the chaturbhuj temple. Along with these there are numerous Chhatris of royals or cenotaphs dotting the banks of the river Betwa.

Later drive to Gwalior via Datia. Datia mentioned in Mahabharata as the Daityavakra. Datia is most famous for the 17 th century, 7 storey hilltop Palace of Raja Bir Singh Deo.Among its main historical monuments Do not miss to see the temple with Mughal frescoes and the Gopeshwar Temple. On arrival at Gwalior check-in at hotel. Overnight stay at hotel. 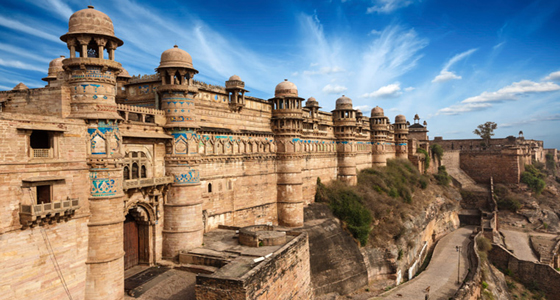 After breakfast go for half day sightseeing tour of Gwalior and visit the majestic Gwalior Fort and Saas Bahu Temple. The Gwalior fort spreads out over an area of 3 square km, surrounded by concrete walls of sandstone. The Gwalior fort encloses three temples, six palaces and numerous water tanks.

Sas-Bahu temple, or Sahastrabahu Temple, built by King Mahipala of the Kachchhapaghata dynasty is a beautiful temple in Gwalior. The temple is a marvellous example of architectural brilliance and the intricate designing is worth noticing. The entire temple is adorned with carvings and a beautiful idol of Brahma, Vishnu and Saraswati.

Afternoon drive to Agra. On arrival at Agra check-in at hotel. Overnight stay at hotel.

Day 07: Agra - Delhi Drop
In the morning visit the famous Taj Mahal built by Mughal Emperor Shah Jahan in memory of his wife Mumtaz Mahal. This monument is made of white marble and it took 22 years to get constructed.

Later visit the Agra Fort which has the Pearl Mosque, Diwan-e-am (the hall of public audience) and Diwan-e-Khas (the hall of private audience). Afternoon drive back to Delhi. On arrival at Delhi transfer to Airport for your onward destination.