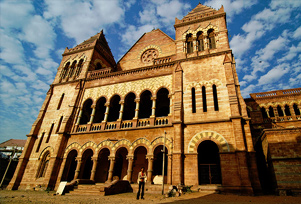 Most important town of the Kutch region, Bhuj is a fascinating tourist attraction with amazing handicrafts and gigantic palaces that possess an eerie beauty. Moreover, Bhuj is an ideal textile tourism destination and attracts millions of people from across the world. Famous Historians says that Bhuj got its name from the mountain range, Bhujiyo Dungar hillock that overlooks the city about 3 km from the city center.

Bhuj has been a starlit attraction since the beginning of its formation for many rulers. The city was formed in 1510 by Rao Hamirji and later in 1549 it became the capital state by Rao Khengarji. The town was the capital of the prosperous princely state of Kutch, whose wealth derived from its sea trade with the east Africa and Persian Gulf post. Many families of African slaves, who were an important part of Kutch maritime trade, still live in the city. 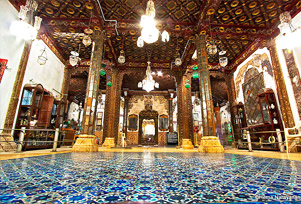 2001 earthquake reduced Bhuj to rumbles from the fascinating walled city, with beautiful, palaces, bazaars and Havelis. The city is a paradise for those who love to shop a lot as the bazaars of Bhuj are known for its beautiful handicrafts and jewelry work. Famous places where tourists can visit on a trip to Bhuj - magnificent Aina Mahal, bell tower Parag Mahal, Kutch museum, which is believed to be the oldest museum in the region and Hamirsar Lake. The royal cenotaphs, the Swaminarayan temple, and the bazaar are now unfortunately in ruins but there are some places that still stand.

In the state, there is no dearth of accommodation options; from hotels to hostels here one can find almost everything. For those who are looking for a memorable holiday to Gujarat, should include Kutch in their itinerary.

How to reach Bhuj

By Airways: Rudra Mata Airport in Bhuj is well-connected with all the major cities of Gujarat.

By Roadways: State transport buses, Volvos, and private buses are easily available from the bus stand of the city.