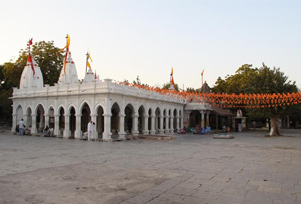 Zoroastrian religion prevails with dignity in Gujarat. The state is said to be the first settlement of Parsees in India. Since the state holds a strong religious connect, here one can see many Parsee temples that are called fire temples or Parsi Agiari. All these celebrated shrines in Gujarat are well protected and carrying forward the rich legacy of prayer and religious activities.

Fire plays a central position in the Zoroastrian religion as it perceived as the living embodiment of the god, only link between the material and spiritual worlds and denotes all the form of energies. According to the Zoroastrian culture, fire temples are divided into three categories, mainly on the sanctity of the sacred fire: 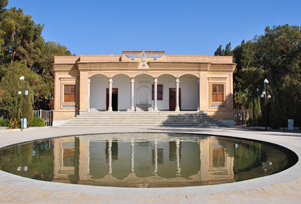 Zoroastrians came from Iran to Indian in eighth century AC and put their first foot impression on the shores of Sanjan. In next five years, Zoroastrians established their first Atash Behram in India, after seeking permissions from Hindu King Jadav Rana. Later, the Atash Behram came to be known as Iranshah. The sacred ever-burning fire in Atash Behram is perceived as the temporal and spiritual rulers of the people in the absence of the king. The ritual implements for consecrating the fire were brought by priests from Khorasan (Eastern Iran) by land route. Following the establishment of the first temple, many other temples were built in and around Gujarat.

Udvada, a tiny coastal town of Gujarat, is regarded sacred by the Parsi and Zoroastrian community. As stated earlier, Zoroastrians were firstly settled in Sanjan. However Sanjan was later attacked by Muslim invaders, they continued onwards with their journey and eventually settled in Udvada. Udvada is renowned for its exceedingly beautiful Zoroastrian Atash Bahram fire temple. Parsees offer sandalwood to keep the Atash Behram fire going and one will find it in abundance here. The Udvada Atash Behram is the most sacred of the Zoroastrian fire temples in India and the oldest continuously burning fire-temple in the world. The newly-renovated Aatash Behram is a sight to behold, even from the outside. From Aatash Behram, ambers were taken to the other fire temples of Gujarat and India.

In the 19th century, many Parsi Agiaris were built in Gujarat that are mostly nondescript and inconspicuous. Non-Parsi people are not all to enter the Parsi Agiari or fire temple. Inside the temple, there is an anteroom, where one can see the burning fire. The domes of the anteroom are constructed in such a manner that not even a drop of water can sweep into the fire chamber. Priest of the Parsi Agiari is seen wearing a mask when tending the fire; he is the only one who can enter the fire chamber of the temple.

All the elements of nature play a great importance for the followers of Parsi religion. The presence of many fire temples in Gujarat, along with an association, has helped bolster a strong feeling of belonging within the community. Tourists who want to get acquainted with a different side of the country and wish to learn about fascinating Parsi religion tourism places should visit Gujarat.