“What makes a wildlife reserve winning is when the dark clouds grumble bring in heavenly rain to wash away the earthy dust. Yes! It is during this season when the ground smells of petrichor.”

It is evident that, during monsoon season, there are number of inaccessible wildlife sanctuaries, national parks & tiger reserves around India but what if we tell you there are a few that would remain open during monsoons as well. Yes, you heard that right! Now you can take a wildlife safari within the enclosure of the park when the soothing drizzles from the sky would give that emerald glow of green and brown all around. And if you are one of those who doesn’t mind getting a bit wet in order to witness the beauty of nature at its best then these beautiful wildlife places are best suited for you. So, what are you waiting for? Scroll and choose the best national parks or sanctuaries to visit in India and get your bags ready for a monsoon wildlife adventure this season. 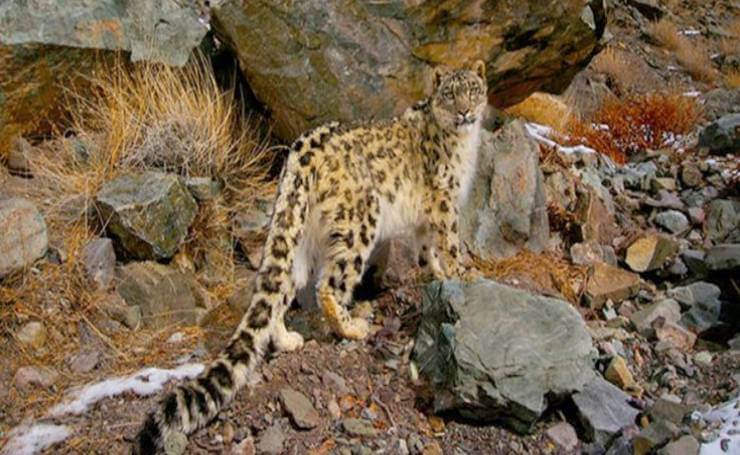 It would be strange if Hemis National Park would not be known to those hailing from India, but then again, there are so many wildlife attractions around, keeping counts could get a little difficult. However, for those of you who don’t know, Hemis is said to be the largest wildlife sanctuary in India in terms of area and most importantly, it is home to rare animal species.

In fact, it is rather very famous for the elusive snow leopards. During the monsoon season, you can get to sight the refreshing side of the park and even wild animals meandering near the borderline of the enclosure. It is an intensely eye-catching national park as you can see some of the species like the Eurasian brown bear, Asiatic ibex, Himalayan marmot and many more. Plus, you get a splendid ambience overlooking the grand Himalayan peaks. 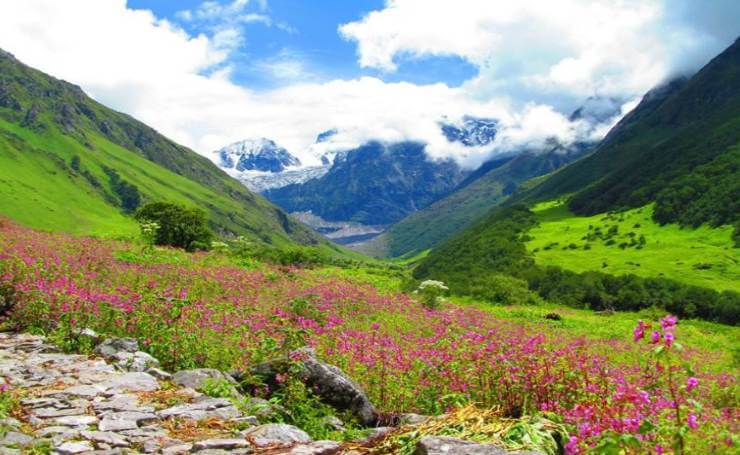 An unparalleled beauty that pours with charm and ‘feel-good’ vibe is the most visited place for treks in Uttarakhand. With millions of species of wild flowers such as sediams, saxifrags, lilies, calendular, poppy, daisies, zinnia, geranium and petunia, there are also several animal species like snow leopard, Asiatic black deer, musk deer, brown bear, red fox, blue sheep and varieties of butterflies and insects as well.

Its outstanding natural beauty offers an inviting vibe to endurance travellers and nature lovers especially during monsoon. The question ‘why monsoon’ can be answered only when you visit, but let me highlight a bit. During this season, the valley glows with such dense mixture of colour you will get a hair-raising experience although there are a few drawbacks (landslides) but come what may, you are to have one blissful experience words can’t express. 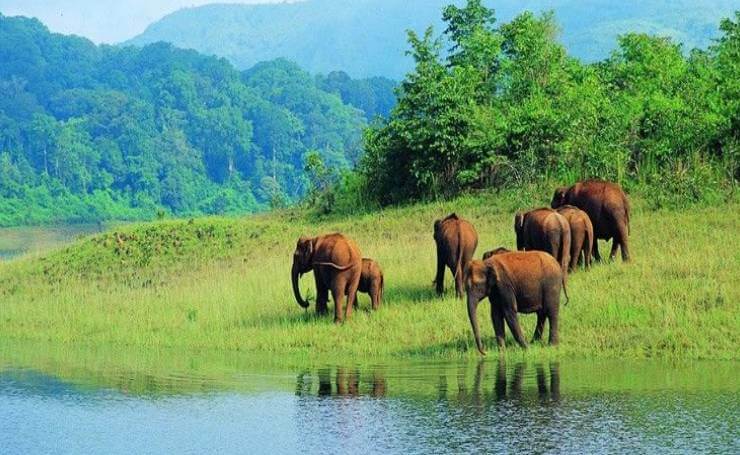 The monsoon in southern Indian territory is mostly at its excellence and the Periyar National Park is one place to be to experience calmness amid emerald forest. Periyar is open throughout the monsoons and is widely known to be a reserve for tigers and elephants. Although, it true that most of the animals may not be spotted during monsoon season but you can see elephants and variety of birds.

However, the other way to sight animals in the reserve is by taking a boat ride in the Periyar Lake. This is a major activity in Periyar National Parkthat can be partaken by travellers during the monsoon season. Apart from sighting, since Kerala is known best for its ayurvedic massage, after a thrilling wildlife safari in the park, you can perhaps relish ayurveda treatments at the nearby resorts. 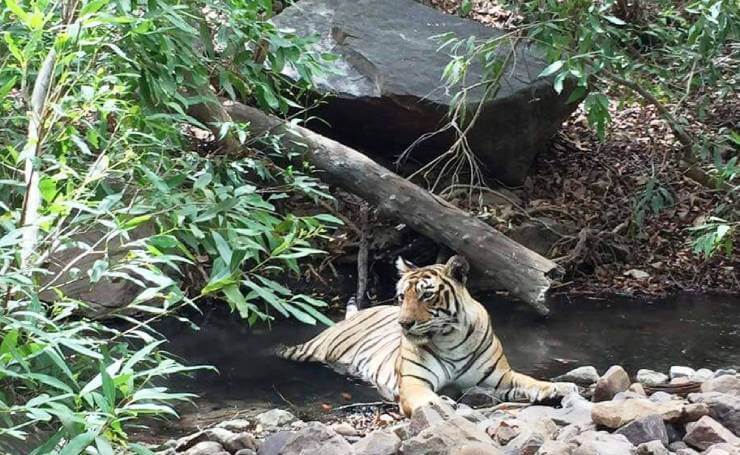 If you visit Ranthambore National Park during monsoon, undoubtedly, you will be greeted with fresh and cool weather and lush surroundings. Such season is ideal for exploring the wildlife as you may also see various insects, reptiles and birds sheltering under tree. And in case you missed an opportunity of sighting a tiger in your previous visit to the national park, then there are high chances to spot one this time. 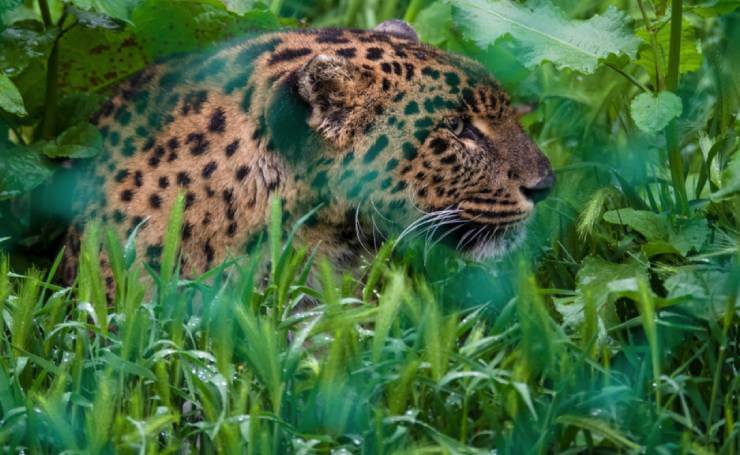 Dachigam is one of the majestic national parks to visit in Jammu & Kashmir. Dachigam National Park is definitely a must visit and why if you ask is because, it receives very little rainfall making it ‘not-so-wet-trip’ up the mountains. During monsoons, you can spot the Kashmiri stags as well as a yellow-throated marten, leopard cat, and Himalayan Grey Langur.

Surrounded by lustrous meadows you will feel bliss amid beautiful and dramatic Himalayan mountains. Dachigam is also a famous place for bird watchers. Here, the bird species you may sight are tytler’s leaf warbler, golden oriole, koklass pheasant, and more. 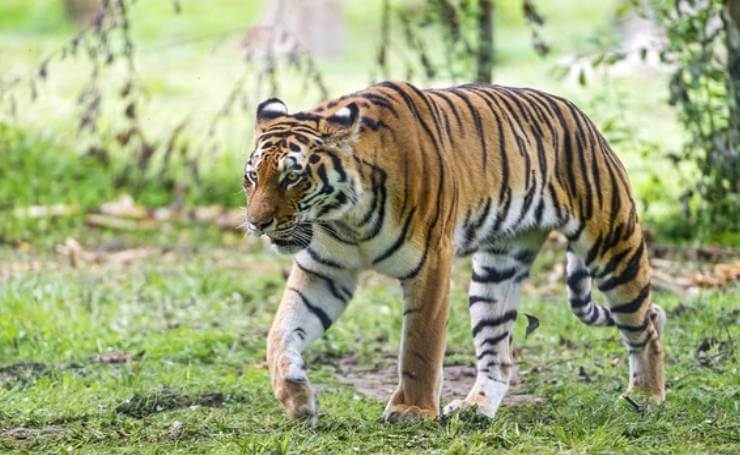 If you ask for the best national park to visit in Uttarakhand, they may guide you to the Corbett National Park. This famous place hardly needs any introduction as it has been known amongst wildlife lovers from generations. Although during monsoons, some parts of the park remain shut due, but few remain open for the public.

Corbett has five zones out of which three are kept open, Kumaria buffer area, Sitabani buffer area and Jhirna zone. Not just that, Corbett National Park also houses various adventure activities like Jeep safaris and river rafting (which is held only during the monsoon season). 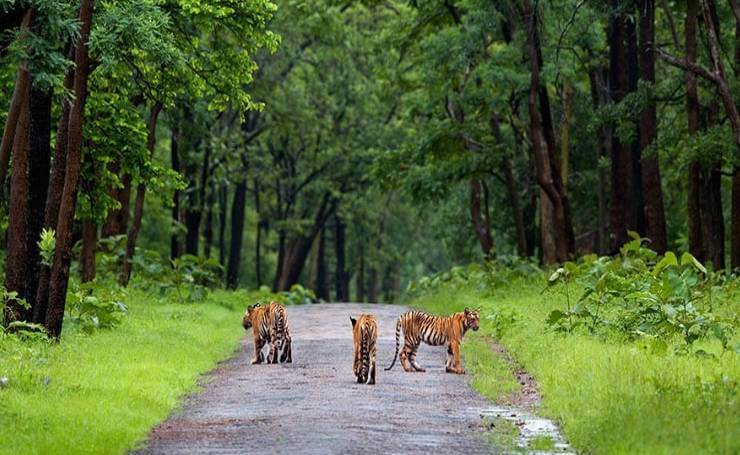 While Hemis is known as one of the largest (area) Tadoba is one of the oldest national parks in India (first being Corbett). This Park is a prime destination to visit for spotting royal Bengal tigers and rejuvenating in the awe-so-calming monsoon weather. The rainy months allow access only in the buffer zones, however, there are even better chances to sight wild cats here, besides it offers a unique chance to experience rain in the jungle.

Tadoba National Park is a treasure trove as it has a large collection of tigers as well as species like panthers, hyenas, wild dogs, sloth bears, jackals, bison, barking deer, sambar to name a few. Also, the park has various species of trees and plants, teak and bamboo along with thrilling cliffs, marshlands and lakes.

Note: The Park will remain partially closed during the monsoon. It is advisable to confirm from the park authority before planning a visit. 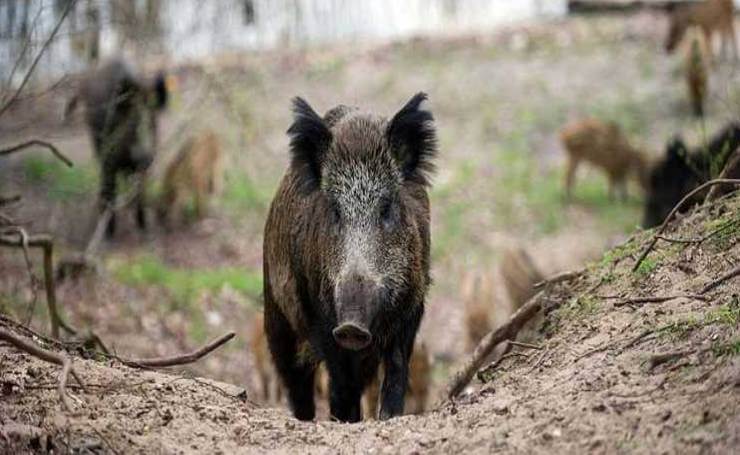 Situated in the north Indian part of Himachal Pradesh, Gobind Sagar Wildlife Sanctuary offers an unlimited thrilling experience if you enjoy fishing. This sanctuary is popular or different varieties of fish like Singhara, Jhalli, Catla, Grass Crap, Kuni Rohu, Guj. Thus, if you come during the months of July and August, expect to find plenty.

This wildlife paradise is not only limited to fishing, here you can also relish some spectacular scenes of animals, grazing in the lush fields. Such species that linger around the reserve are sambhar, silver crap, wild boar, red jungle fowl. Also, after monsoon subsides, you can enjoy activities such as water-skiing, kayaking, sailing and water-scooter racing. 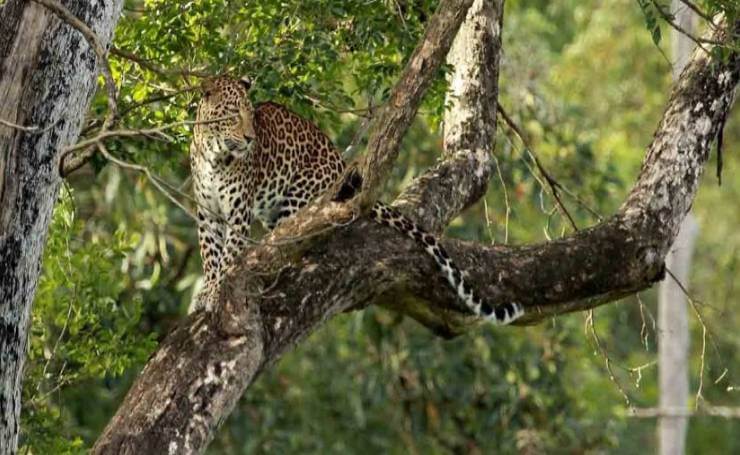 Not even a thousand words can express the beauty of Kabini National Park in Karnataka and you will know why only when you visit. It is a land blessed with lush greenery and the months when Kabini looks its best is from July to October. Here, the main wildlife attractions revolve around sambhar, leopard, spotted deer, panther, cheetal and more.

You can see different kinds of animals, and around 250 species of birds, plus, with the showers from the sky, it makes the whole experience even more enthralling as it brings life to the lush greens of Kabini. The dam at the sanctuary is also a must visit attraction. 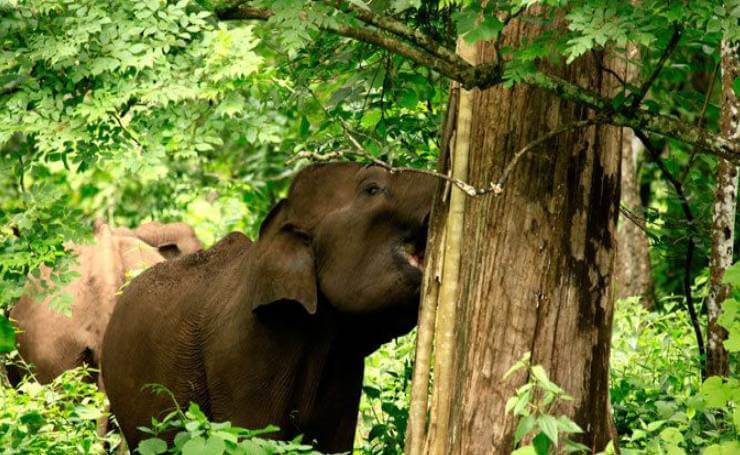 Another sought after wildlife sanctuary in India to visit during monsoon is Muthanga in Kerala. It is here that the elephants roam freely and offers an unparalleled wildlife experience to the onlookers. The unique feature about this place is that, it connects wildlife sanctuaries like Mudumalai and Bandipur.

It thrives with dense forests and plants providing a perfect place for animals to take refuge. And as the rain pours cleansing the surroundings, you can rejuvenate amid the lush greens, sighting a variety of animals such as Indian bisons, deers, elephants, and tigers that inhabit the sanctuary. 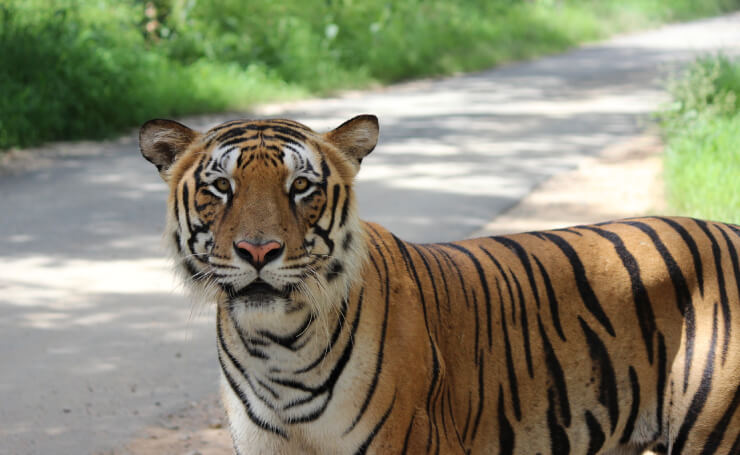 Once the private wildlife reserve of the Maharaja of Mysore, Bandipur National Park is one enchanting place to be. This national park offers a splendid destination to visit covered by a wide range of flora and fauna. The species of animals ruling these forests are Tigers, Sambhar, Gaur, Chital, Four-horned antelope, Mouse deer, Wild dogs, Jackal, Wild boar, Sloth bear, Panther, Porcupines, Malabar squirrel and black-knapped hare. 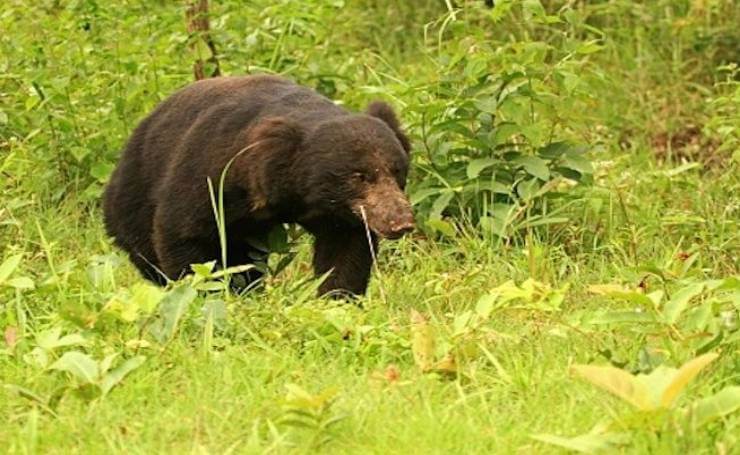 A refuge, a home to the honey-lovers, Sloth Bears, Daroji Sanctuary is one destination that must be on your must visit wish list. About 30km south of Hampi, this sanctuary houses a large population of sloth bears in an area spanning over 83 sq km.

You are for sure to enjoy witnessing cheerful creatures loitering around the forest but of course, for better sight, a pair of binoculars are a must have. Daroji Sloth Bear Sanctuary also houses other species such as leopards, hyenas, wild boars, jackals and a wide collection of peacocks. Trust me, peacocks are what you will see around every corner.

Most probably you have your pick by now to which wildlife destinations to plan a visit or are you still confused? No worries, perhaps finding a suitable tour package will help you decide. You can always call us at +91 9212777223/24 or send us your queries at info@tourmyindia.com and we will revert with offers you just cannot refuse. If you enjoyed reading this blog and found it useful, please like and share and also don’t forget to comment about your choice of wildlife sanctuary.