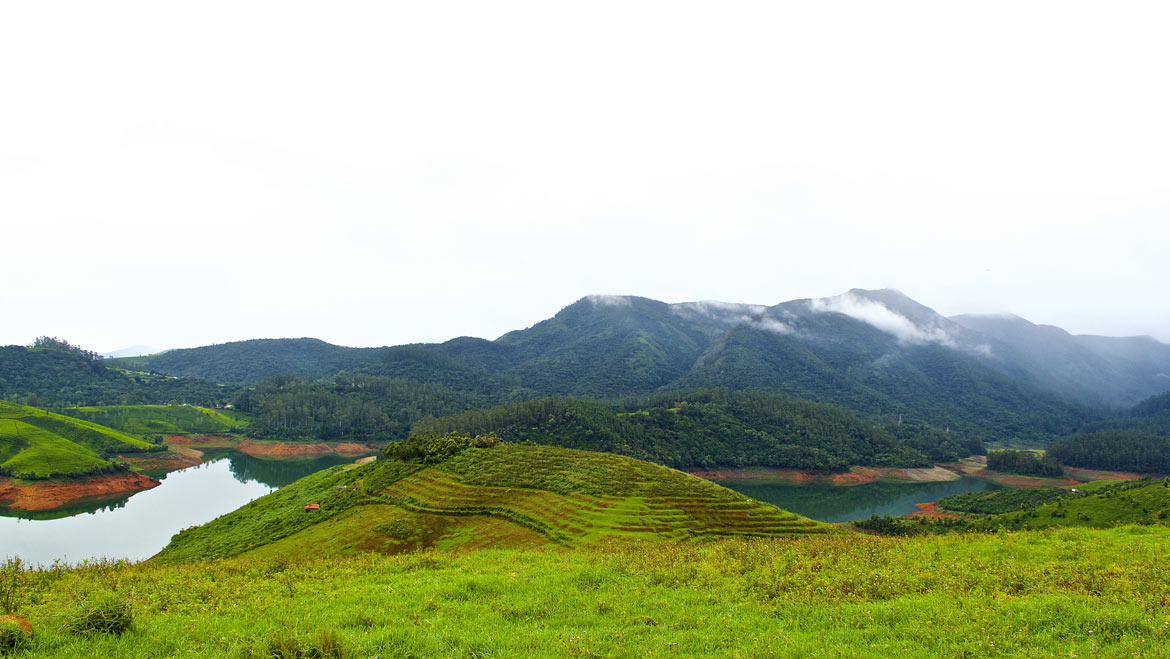 Reckoned to be one of the best national parks in not only Karnataka but in India, Bandipur is a gem of wildlife reserve that a country can treasure. Located amidst the picturesque surroundings of the Western Ghats, this national park covers an area of about 874.2 sq km and together with Mudumalai Wildlife Sanctuary in Tamil Nadu, Wayanad Wildlife Sanctuary in Kerala and Nagarhole National Park in Karnataka; it creates an essential part of the ‘Nilgiri Biosphere Reserve’. The national park is a home to a sizable number of Tigers, Elephants, Gaur (a type of bull), Sambhar, Chital, Mouse deer, Four-horned Antelope, Wild Dogs, Wild Boar, Jackal, Sloth Bear, Panther, Malabar Squirrel, Porcupines and the Black-knapped Hare. The park is also an ideal site for bird watching. What makes Bandipur even more popular is its strategic location. The national park is situated to some of the most scenic destinations and historically significant places in South India, thus it is very likely for those visiting Bandipur to plan a trip to one or more of these places situated in the close proximity.

3 Nights / 4 Days Bandipur with the Kingdom of Mysore 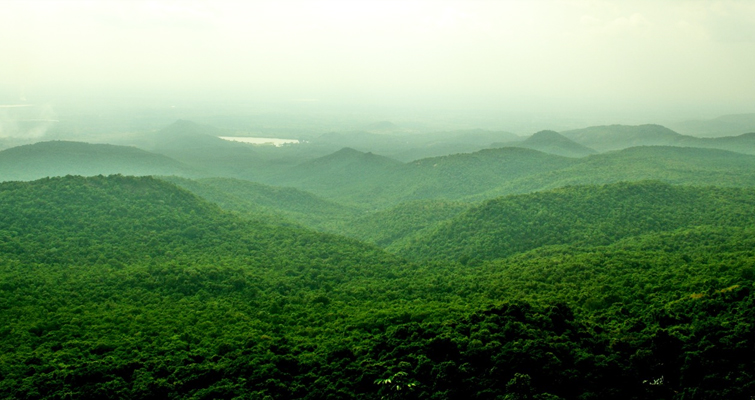 Also known as BR Hills, Biligirirangan is a hill range that forms the south-eastern border of Karnataka. The place is known for Biligiri Ranganatha Swamy Temple Wildlife Sanctuary or simply BRT Wildlife Sanctuary that is said to be situated on the confluence of the Western Ghats and the Eastern Ghats. Thus it is evident that the sanctuary is home to a unique eco-system. The BR hills links the Eastern Ghats and the Western Ghats, which eventually allows animals to move between the two ghats and even facilitates the gene flow between populations of species in these areas. Thus, this sanctuary can be reckoned to serve as an important biological bridge for the biota of the entire Deccan plateau.

Another highlight of the place is Biligiri Rangaswamy temple, which is situated at the edge of a bare cliff overlooking the northern parts of the sanctuary. It is the only temple in India, where the only standing form of God Ranganatha can be witnessed. Other deities in the temple include Ranganayaki and Alvars. An annual car festival is held in the month of April here when a large number of people are seen thronging the temple. Every two years, the local Soliga tribe present a large pair of slippers measuring 1-foot and 9 inches to the presiding deity Ranganatha. 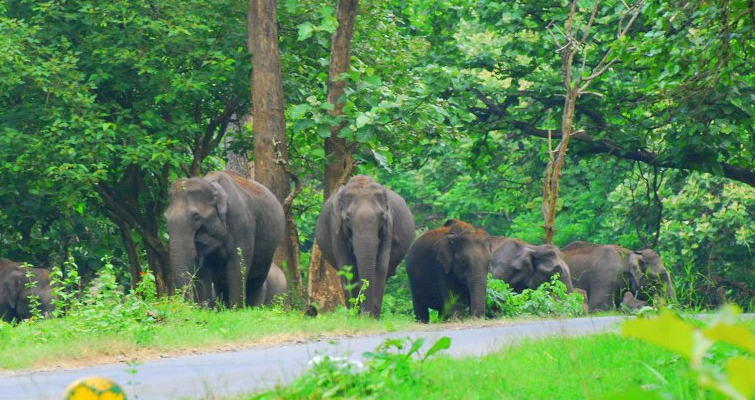 Sharing the border with Bandipur National Park, Mudumalai is as exciting as its neighbouring state wildlife reserve. Situated in Tamil Nadu, Mudumalai lies on the north-western side of the Nilgiri Hills in Nilgiri District. The park is the home to several endangered species like Indian elephant, Bengal tiger, gaur and Indian leopard. There are about 266 species of birds in the sanctuary, including critically endangered Indian white-rumped vulture and long-billed vulture.

Distance from Bandipur: 7kms via NH67 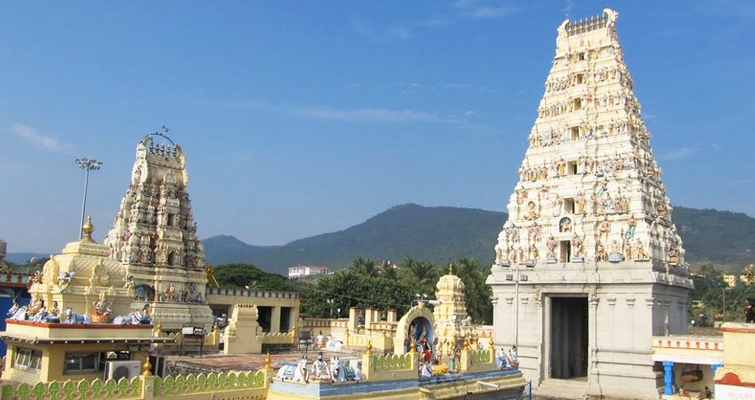 Malai Mahadeshwara Temple Hills is a sacred place for Hindu devotees. Located in the eastern parts of Kollegal in Chamarajanagar district, the hills are surrounded by dense forests. Malai Mahadeshwara is famous for its temple that is dedicated to Lord Mahadeshwara (the incarnation Lord Shiva). However, the temple attracts not only the devotees but also nature lovers. The legend has it, 600 years ago Mahadeshwara Swamy came here to perform penance and the people believe that he is still performing penance in the temple’s sanctum sanctorum in the form of a Shiva Linga. Thousands of devotees visit Male Mahadeshwara Hills from Karnataka as well as from its neighboring state, Tamil Nadu. Devotees who visit here take a holy dip in Antaragange (Ganges from deep), near the temple, this is a peculiar water flow that arises from the ground throughout the year and its origin is not yet known. 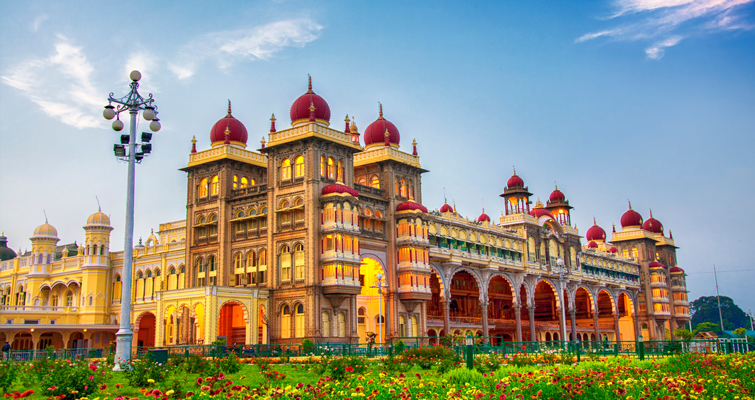 Situated about 77kms from Bandipur, Mysore is a historically famed city in Karnataka. A touristy place, Mysore is an interesting haunt for history buffs as well as nature lovers. The city boasts being the cleanest city in India and one of the most historically affluent places in the country with monuments like Mysore Palace and Crawford Hall and the rich past of Wodeyar dynasty. It is also often reckoned to be the cultural capital of the state, which means one has a fair chance of soaking the authentic colours of culture of Karnataka especially during the Dasara festival. 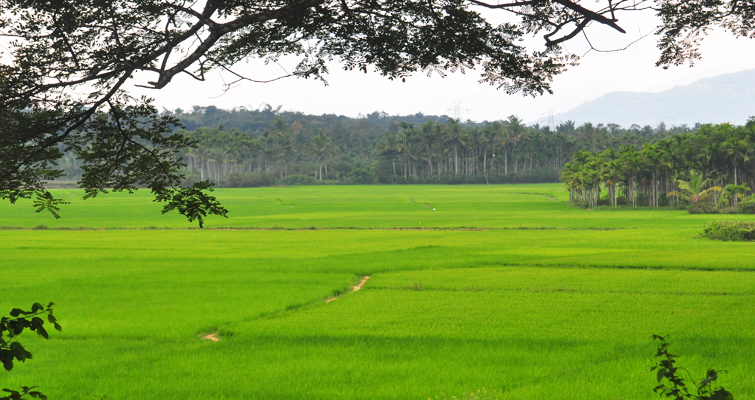 Sulthan Bathery, which was earlier known as Ganapathi Vattam is a touristy place in Kerala. Situated at a short distance from Bandipur, it makes one of the best places to see near the park. The place owes its name to Tipu Sultan, who during his invasion of the Malabar region parked his artillery in an old Jain temple here. Tipu Sultan is believed to have built a fort here, which is now in ruins. Sulthan Bathery, today is the largest town in Wayanad district and is known for its tourism as it has pre-historic caves, jungle trails, sparkling streams and rivers and green undulating hills.

The Edakkal Caves are the major tourist attraction near Sulthan Bathery. The caves are actually are fissures and clefts that are made by a corner of rock splitting from the main entrance to Edakkal Caves due to some natural reasons. The rock wall here contains some interesting carvings, which represent human and animal figures and objects of human use and symbols. These carvings speak of people of pre-historic age. The caves are accessible only by a kilometer trekking trail from Edakkal. 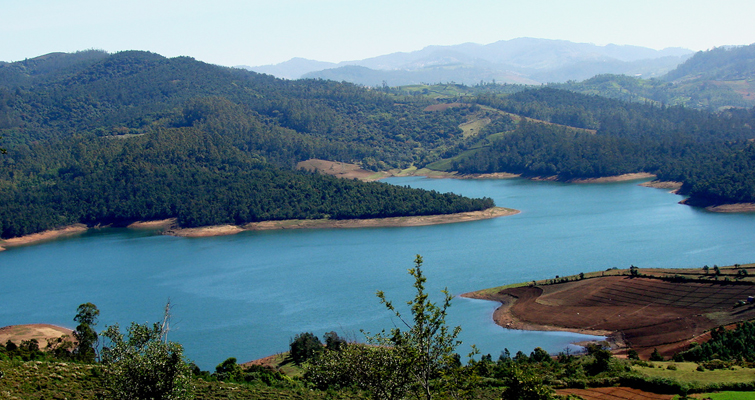 One of the best hill stations in India, Ooty lies at a short distance from Bandipur national park. Often reckoned as the Queen Hill Station, it is one of the favourite haunts for nature lovers who wish to avail some peace and see the art of God. Ooty has a few tourist places to visit and recreational activities to engage the tourists. Blessed with salubrious climate, the hill station is a perfect recline after an adventurous holiday at Bandipur National Park. 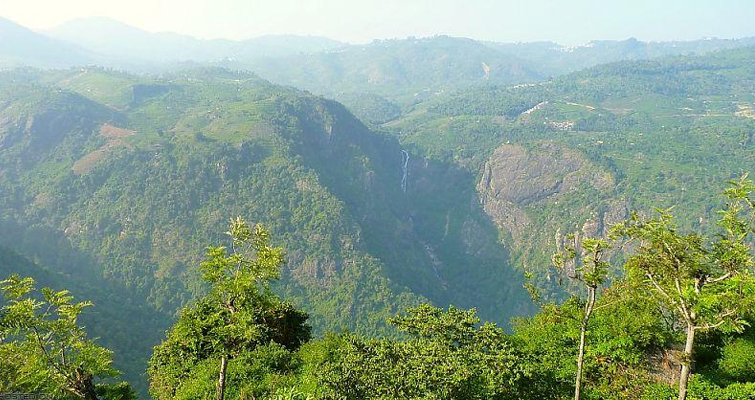 A gem of Tamil Nadu, Coonoor is an ideal destination to visit if you are at Bandipur Tiger Reserve. Situated at a distance of about 80kms from Bandipur, this beautiful place is known primarily for growing Nilgiri tea. Offering guests a peaceful environment and scenic picture, this hill station is also at a short distance from Coimbatore and the famed destination Ooty. Trekking is one activity that can be enjoyed the most in Coonoor as there are many short and long trails leading to other beautiful places here.

There are several big and small wildlife sanctuaries around Bandipur that can also be visited. However, combining the wildlife getaway with a historical or hilly place seems the ideal plan for a memorable holiday. If there are more places that you think are worth visiting near Bandipur, do let us know about them in the comment box below.

Rest, for enquiries and booking of wildlife holidays in Bandipur or anywhere in India, give us a buzz at +91-9212777223/24/25, you can also drop us an email at info@tourmyindia.com. We at Tour My India dedicate ourselves to design tour packages that cater to all the requirements of the customer.