What is a human being without his humanity? Perhaps an animal, but then, whoâs to say that animals arenât more compassionate and merciful than humans? Certain incidents compel us to believe that we, as a species, are being stripped of every shred of kindness and empathy towards other living beings.

The latest incident is from Kerala, where a pregnant elephant died a slow & painful death after being fed a pineapple stuffed with country made crackers. If the very thought of it leaves you startled, just think of the unbearable pain the elephant must have gone through before she died. It is a matter of shame for the entire country, that horrific incidents such as these occur repeatedly, and with an alarming frequency. One is appalled and left seething over such brutality against nature & its lovely creatures.

Details of the incident 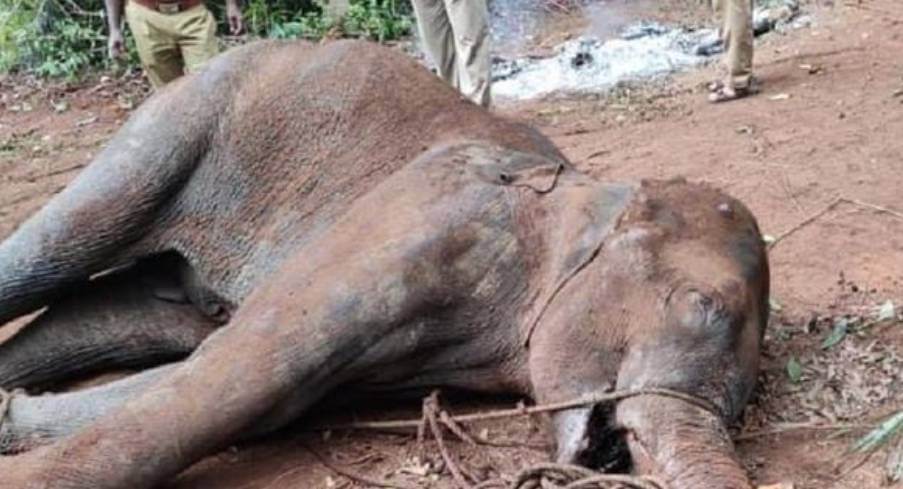 The horrific incident occurred in the outer areas of the Silent Valley Forest in the village of Attappadi, in the Palakkad district of Kerala, where the 15 year old elephant had gone in search of food. It is alleged that the villagers fed her the pineapple filled with fire crackers.

The explosion of the crackers was so powerful that it caused massive injuries to her tongue & month. This made her incapable of consuming any food, even as she wandered the village in pain and hunger.

Finally, in spite of her unbearable pain, she somehow reached the Velliyar River in Malappuram district. Photos of the elephant, shared by Mohan Krishnan, the Forest Section Officer, on Facebook, showed the elephant standing in the river with her mouth & trunk immersed in the water. He said she must have done this to alleviate the pain & avoid flies collecting on her injuries.

Officials became aware of the critical condition of the elephant only on 25th May, two days before she died. However, she died on 27th May at 4:00 PM. They brought two captive elephants, Surendran & Neelkanthan, to extract the dead elephant from the river. She was still standing in the river at the time of her death, trying to avoid the pain, insects & flies.

Finally, the dead pregnant elephant was cremated by the forest officials after being carried into the forest in a truck. She suffered while she lived, betrayed by the very people whom she chose to believe in, but who, in turn, had no qualms in torturing her.

Investigation launched into the incident

The police sprung into action after becoming aware of the incident by filing an FIR (First Information Report) against unknown persons under the relevant sections of the Wildlife Protection Act. According to the officials, the elephant consumed the pineapple either in late April or early May.

Forest Officer Aashique Ali U, commenting on the incident, said, “We don’t know when the incident happened. But because of the starvation and shrinking of the elephant, we suspect that it would have happened around 20 days ago.”

Meanwhile, a postmortem launched into the incident revealed that the elephant had died due to asphyxia as water had filled her lungs and trachea. Dr. David Abraham, Assistant Forest Veterinary Officer, Thrissur, who conducted the postmortem, said, âI have so far done more than 250 postmortems of elephants alone in my more than two decades career. But this was the first time I was so moved as I could hold the foetus of the baby in my hands. Initially, none of us was aware that the elephant was pregnant. After seeing her heart, I spotted the amniotic fluid and realized that she was pregnant.”

Artists For Conservation: Save The Endangered Species And Spread Awareness Through Art

Outrage & sympathy poured in from all quarters 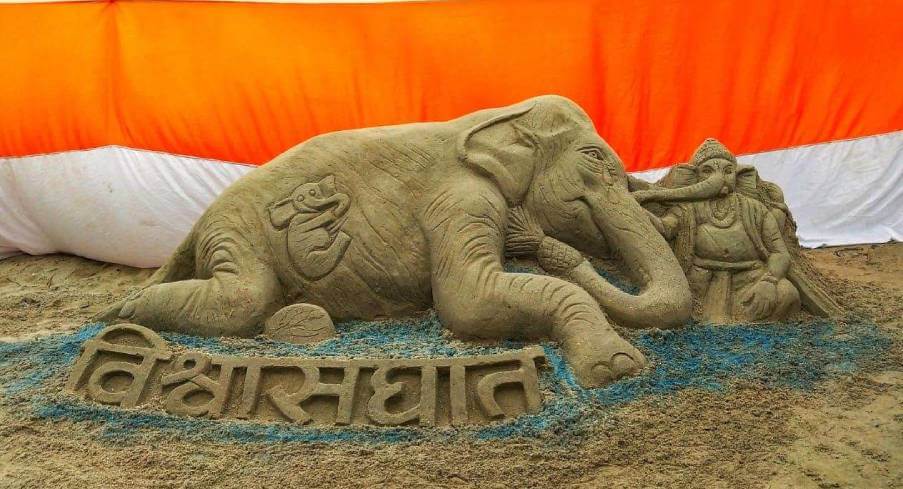 The shocking incident caught the attention of renowned celebrities and other well known personalities who took to social media to vent their outrage. They expressed the deepest sympathy with the elephant & lashed out at the perpetrators of the crime, hoping that the accused would be brought to justice soon.

One amongst these was Ratan Tata, the veteran industrialist, who described the inhuman act as a âmeditated murderâ, and hoped that justice would be delivered at the earliest. In a Twitter post, Ratan Tata (@RNTATA2000) wrote, âI am grieved and shocked to know that a group of people caused the death of an innocent, passive, pregnant elephant by feeding the elephant with a pineapple filled with firecrackers. Such criminal acts against innocent animals are no different than acts of meditated murder against other humans. Justice needs to prevail.â

Prakash Javadekar, the Union Environment Minister, was also deeply perturbed by this incident, and asked for a report containing the entire details. He said, âEnvironment Ministry has taken a serious note of the death of an elephant in Kerala. Has sought a complete report on the incident. Stern action will be taken against the culprit(s).â

Celebrities take to social media to condemn the heinous act

In his Twitter post, Akshay Kumar (@akshaykumar) wrote, âMaybe animals are less wild and humans less human. What happened with that #elephant is heartbreaking, inhumane and unacceptable! Strict action should be taken against the culprits.â

Similarly, Anushka Sharma, in her Instagram post, shared a beautiful and moving sketch containing an imaginary conversation between the mother elephant & its baby. The captions in the sketch itself show the irony of the entire incident, whereby both the elephant & its baby are thankful to the humans for sharing food with them, not knowing that that very food would be the cause of their death.

She also reposted the story from the Twitter account of Ted the Stone (@tedthestoner), which perfectly reflects the emotions of innumerable people after this incident.

Petition to secure justice to the murdered pregnant elephant

A petition was also started by Kamal Ganatra on Change.org, hoping to get as many signatures as possible so that the Ministry of Law & Justice takes notice and springs into action at the earliest. The petition says, âPerhaps a more important question to ask is why we hear so much about voiceless deaths, and not enough about prosecutions? Due to loopholes in the judicial system how many will actually end up being sentenced?â

Such crimes, which can only be termed barbaric, make us bow our heads in shame, as humans, and as a society. We can only hope that the perpetrators of the crime are brought to justice at the earliest while hoping that people desist from committing such inhuman acts in the future.