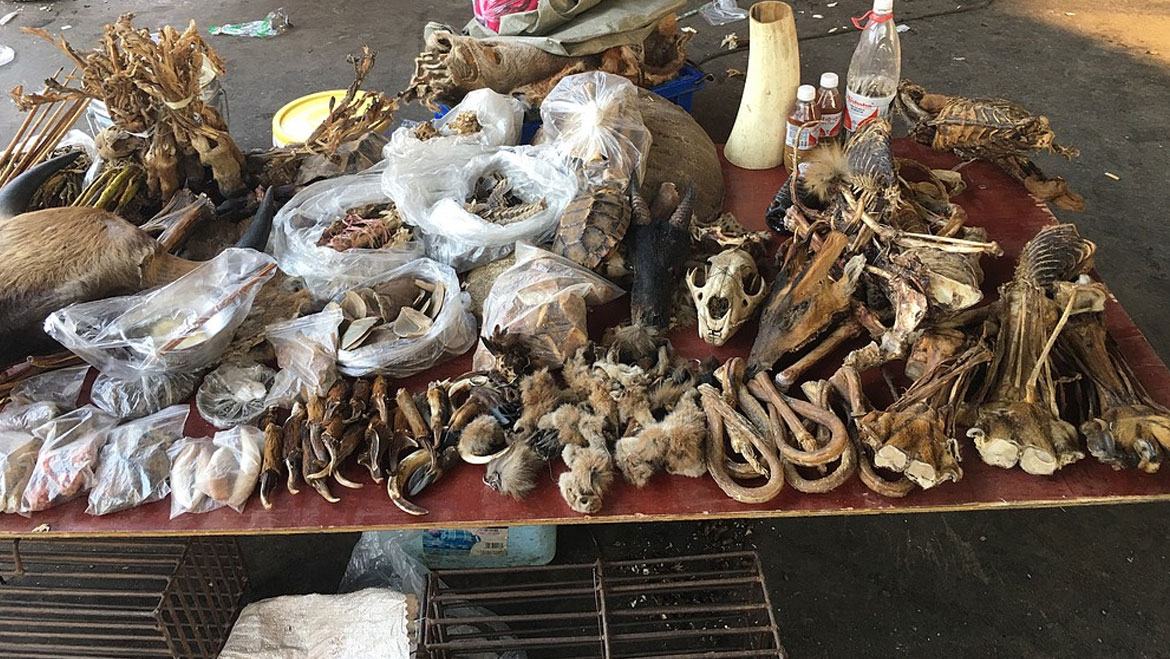 As India prepares to celebrate wildlife week from October 2 to October 8, we look at how the illegal wildlife trading market is flourishing and growing into a global menace. There have been various attempts made to deter these illegal traders but most have failed to stop them from killing more and more animals, some on the verge of extinction. Despite multiple initiatives to boost the population of endangered animals, their numbers have been on a steady decline. This is not just an Indian problem but a global one. The entire world faces the problem of illegal wildlife trade, even the countries with stricter laws and punishments. There are many reasons attributed to the growth in illegal wildlife trafficking such as lenient law and order, huge demand in legal markets and huge money-making opportunities. But before we delve into the problem, we need to understand what is wildlife trade?

To provide you with the gravity of the international wildlife trading happening illegally, in 2013 South Africa witnessed death of 1300 Rhinos, due to poaching. It is believed that 95% population of the elephants have been killed in last 100 years, with 2010-2012 witnessing deaths of 33,000 elephants each year. Every year more and more species make it to the list of endangered species yet most of us are not concerned about it. The increasing price of such animals have seen a boost in poaching cases over the last two years.

Below is the compilation of list of illegal wildlife trade statistics that are being poached every year globally. These are just the registered number; the actual figure might be more. 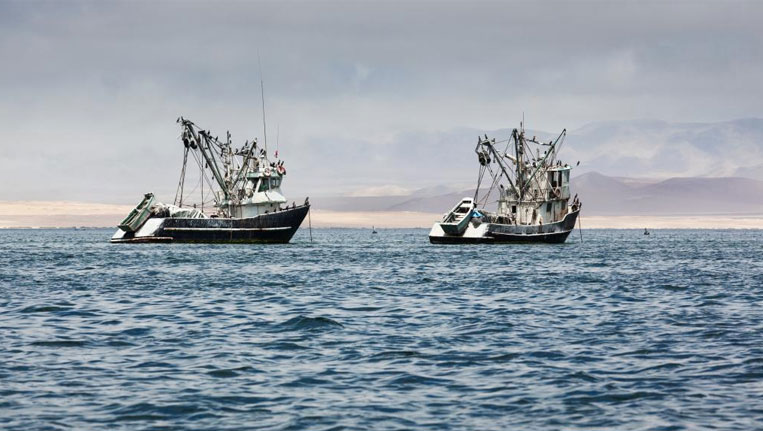 While we try to solve this growing menace of wildlife trade and trafficking, we first need to understand the cause of it. What makes illegal wildlife trade such a growing problem;

1. Not enough laws to prohibit the wildlife trading

There are not enough strict laws to deter the illegal traders and they get away with it. Not recognized as a priority until recently, the punishments for such crimes are too lenient compared to the heinous crimes being committed. The fine in India ranges from about ten thousand rupees to twenty-five thousand rupees and 7–10 years of imprisonment. But most of the poachers are acquitted because of poor prosecution. To provide a glimpse of how lenient the law is in India, the conviction of poacher for three years was termed a rare conviction. The worrying factor is that of all the registered cases in last three and a half years in India, convictions happened in only 10% of the registered cases. The UN environment programme estimated the illegal trade industry to be around $26 Billion in 2016. The statistics on the illegal trading is a never-ending list. The leniency of legal system is also a problem in African countries, with South Africa declaring illegal wildlife trade as a national priority.

2. Harvesting adds to the problem

“I didn’t kill the rhino, I harvested it” is the new justification for killing an animal and using it for trade. Harvesting refers to killing of a particular species, which is deemed overpopulated, in order to maintain a natural balance. International illegal wildlife trade report indicates that informal harvesting practices can allow internationally protected wildlife to be illegally introduced into commercial streams. The killing of a particular species in order to maintain a natural balance is equivalent to eating loads of sugar in order to increase sugar level in body, despite being diabetic. There lies absolutely no scientific basis for the claim that the hunting is done in order to conserve nature. Also, majority of these animals end up being in the illegal trade market. The practice of deer harvesting has been a major problem in the USA, with more and more people participating in deer hunting.

Despite their illegal origins, these items end up in the legal markets. It was prominently believed that illegally traded wildlife are sold only and exclusively in black markets but there have been various investigations concluding that most of the illegally traded wildlife go into the legal markets. This leads to an increase in demand resulting in more poaching. Illegal wildlife trade isn’t just something that happens where the animals live. According to the illegal wildlife trade data the UK is not just a transit country but also a major destination country. Between the year 2009 and 2014, there were more than 257 confiscations by the UK Border Force. The quantity of illegally traded items were around 3000 which included rhino horns, tiger products and ivory.

It’s no news that these illegally traded items fetch a huge price in the European markets, encouraging poachers to look out for more money. One of the top reasons for poaching, this vicious cycle of greed has been a constant fuel for the poaching industry. In 2014, the price of a whole rhino horn in the black market was around $60,000 per kilogram, with some reports of as much as $100,000 per kilogram being charged.

There are thousands of undocumented species that can still be traded legally in the international market contrary to the national laws. There has been much clarity about which species are considered endangered. Despite on the verge of extinction some species are being hunted commercially on a large scale because of unclear documentation. To mention few such examples, fishing for Abalone in Africa and Whales in the Antarctic. In an address to the media, the concerned authority said that South Africa would be submitting proposals to amend the lists of species subject to cites trade controls. The authority said,” There are millions of species for which international trade is not regulated, and certain cases reviewed for this report suggest that these species can be legally traded internationally, even when harvested or exported contrary to national law”

6. The diverse demand and usage add to the problem

Right from being used in medicines to making a carpet and rug, the usage of the wildlife trade is so diverse that sometime it’s hard to tackle it on such a big scale. Knowing one source of illegal trade and stopping it is possible but investigating thousands of sources are bound to leave some fronts unmanned. To provide a glimpse of the scale of wildlife trafficking, there are records of over 100 million tonnes of fish, 1.5 million live birds and 440,000 tonnes of medicinal plants in trade in just one year, despite strict laws in our country. Countries in African sub-continent are the worst affected, with Asian wildlife decline following it. In India, the illegal trade includes diverse products such as Mongoose hair; Rhino horn, snake skins, Tiger and Leopard claws, bones, skins, whiskers; Elephant tusks; Deer antlers; Shahtoosh shawl; Turtle shells; Musk pods; Bear bile; medicinal plants; timber and caged birds such as Parakeets, Mynas, Munias etc. Majority of these illegally obtained parts are meant for the international market and has no direct demand in India.

There are many more intricate reasons as to why the illegal trade market is flourishing such as illegal breeding in zoos and wildlife parks for the sole purpose of trading. Various human practices have been major threats to endangered animals all across the globe. But recently there has been a global awakening in combating the illegal wildlife trade.

How to Stop Wildlife Trafficking? 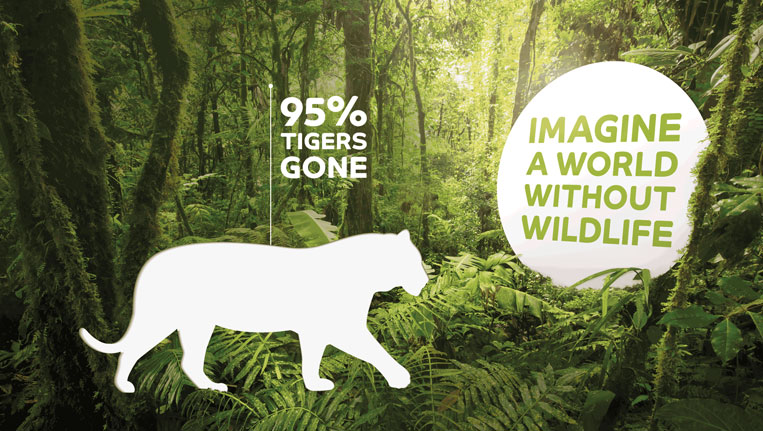 There are ways through which we can reduce, if not completely stop, poaching.

1. The banning of wildlife illegally traded

If the government of all countries agree to ban the possession of wildlife traded or harvested illegally, by national law; this would reduce the demand and hence reduce the trade itself. For example, banning of possession of turtle has seen a boost in the population of turtle population in natural habitat. Domestication of many species have been banned over the years and it has showed positive results. The growth in the population of Peacocks, Turtles and Rhinos have been a beacon of hope. Apart from regulations, we as responsible citizen should also discourage the possession of animal artefacts. Once we diminish the demand of such products the poaching would also stop.

The Environment Protection Act of 1986 states that anyone who fails to adhere to the environment protect rules would be sentenced to an imprisonment, which may extend upto 5 years or a hefty fine of INR 1,00,000 or in some cases both. If the accused fails to comply to the punishments, an additional fine of INR 5,000 per day to be charged. In case of no-show after one year of conviction, the convict may be imprisoned for 7 years.

The common belief is that most of the traded items end up abroad hence focus is not on domestic trade regulations. Bringing in a stricter domestic trade regulation can help boost the population of endangered animals. Kaziranga National Park has allowed its forest ranger to shoot at sight any poacher who threatens the Rhino population in the park. Since 2014, 50 poachers have lost their lives inside the park because of such laws. This has deterred the poachers from smuggling of wildlife and animals. Also, government over the years have marked wildlife areas as Wildlife Sanctuary, hence protecting the wildlife under Environment Conservation Act.

3. Increasing the funding to tackle and prosecute illegal poachers

The funding needs to be increased for tackling the poachers. Technical and financial assistance to the concerned authorities to strengthen the criminal justice response to wildlife crimes, including the recovery of traded items. The forest rangers in Africa have been provided with all the vests and facilities to ensure that poachers don’t succeed in killing animals. We have seen similar upgradation being discussed in India, with reference to forest rangers. We have already seen the positive of non-profit organisations like WWF, working on wildlife conservation. The government should also look promote and encourage such organisations dedicated to ensuring the wildlife safety.

In the past, campaigns like save the Tigers have been fruitful in reducing the tiger poaching. Social campaigns like these which involve common people can be a step towards saving the endangered life forms. In West Bengal, poachers have been now working with the forest authorities to prevent further poaching of Rhinos and this has lead to a decrease in rhino poaching. The authorities have now started collaborating with the local communities in raising awareness to ensure that poachers stay away. WWF has been a prominent contributor in promoting wildlife conservation strategies. You can contribute to various organisations such as Save Animals Facing Extinction and WWF and contribute to stop wildlife crime all across the globe.

If the history is evidence then problem of illegal wildlife trading in India can be tackled by the involvement of individuals like you. It has to be a collective effort from all of us, these voiceless creatures need our help. So, if you come across illegal wildlife trafficking respond to the concerned authority. It’s time we stand up against wildlife crimes. Also, if you have any inputs which we failed to mention, do share with us in the comment section.