India mourns the death of 106 leopards in just 2 months this year causing an alarming effect to the conservationists around the country. The Wildlife Protection Society of India (WPSI) reached to the conclusion stating that most of the big cat deaths were caused due to poaching as scrap marks were observed on leopardsâ hides (the skin) and even on other parts of the body. Out of the drastic number of poaching deaths, it is said that only 12 of the leopards had died of a natural cause. The wildlife officials compared the total death tolls of leopards since between 2016 and 2017 and found that poaching incidents have increased to 159 as compared to the year of 2016 with 127 cases. Summing up the natural deaths and poaching cases, there were 590 leopardâs deaths in 2017 and 577 in 2016. The deaths of the wildcat were reported from over 18 states in India with Uttarakhand being at the top of the list with 24 leopard deaths.

The death of wild animals despite taking major steps to safeguard them have been the hot topic ever since the year 2018. This is the reason why the conservationists are alarmed.

Let us read more about the death toll rise and its reasons:

Within just two months of the year 2018, there have been repetitive wild animal death incidents news coming-in from various national parks and sanctuaries in India. And one of the news that has been surfacing recently is the alarming death toll of leopards. According to the Wildlife Protection Society of India (WPSI), a hefty number of 106 leopards died due to poaching while some through natural causes. It is evident through the forced skinning marks seen on the animalsâ bodies. The official records after rounds of counting the death tolls declared Uttarakhand to top the list with 24 leopard deaths followed by the states of Maharashtra and Rajasthan (18 and 11 respectively) out of the 18 affected states.

On a broader scale, the Leopard Poaching Statistics from 1994 to March 2018 in India were as following: 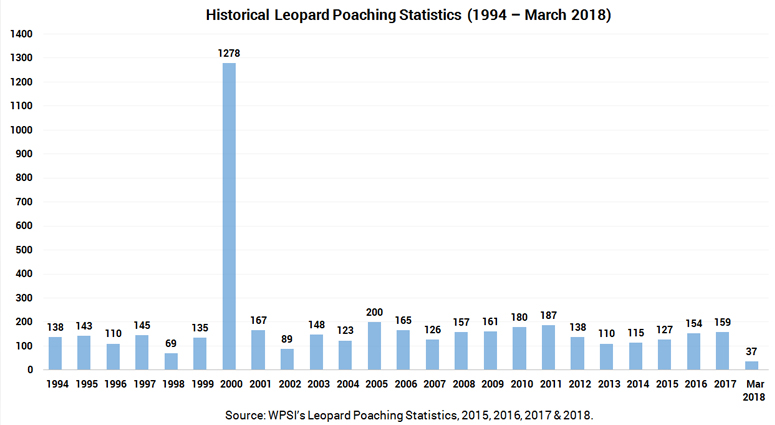 A question always arises as to why poachers keep killing the innocent species and for what benefit. The answer always lead towards the shining price tag attached. The prime purpose for all the leopard killings is basically for their hides (the skin) and other body parts that are sold at expensive rates in illegal markets. In India alone, a poacher sells the valuables for around 3 to 4 lakhs, slowly increasing to about 8 to 10 lakhs in Nepal. By the time it reaches to other neighbouring countries like China, the animal hides cost about 50 lakhs and even more.

If you think that poaching is the only cause for death of these wild cats, then you might have to think again… 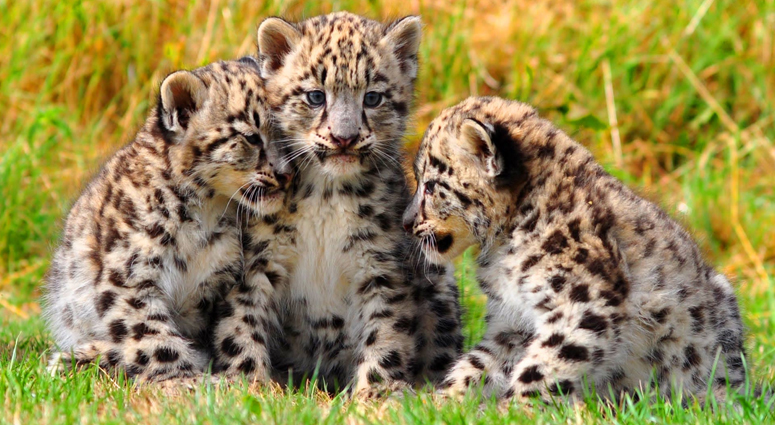 There are times it becomes difficult to identify the cause of the death of animals, for example, this year alone roughly 23 cases of leopard deaths due to removal of skull, skin and claws were reported. However, it is unsure if the the leopards died a natural death and then were skinned or were killed purposely. In addition, there were 18 clear poaching cases where several wound marks or trap marks were seen during an investigation by the wildlife authority. According to Wildlife Protection Society of India (WPSI), there were cases during the months of January and February where eight leopards died in a road/train accident.

Besides, a series of man-animal conflict have also been noticed, for instance, last month in a village in central India, three children were killed by a leopard. As a result, the angry mob found and killed the attacking leopard. Such cases are not uncommon and are indeed giving rise to the killing of leopards in the country. However, habitat loss, deforestation and farming are also secondary factors for the big cats to die or come closer to poaching prone areas. However, the forest department and state governments are however securing certain areas for the wild.

What is the total count of these vulnerable leopard species in India and how can one help to reduce the poaching incidents and conserve the wild cats of India? 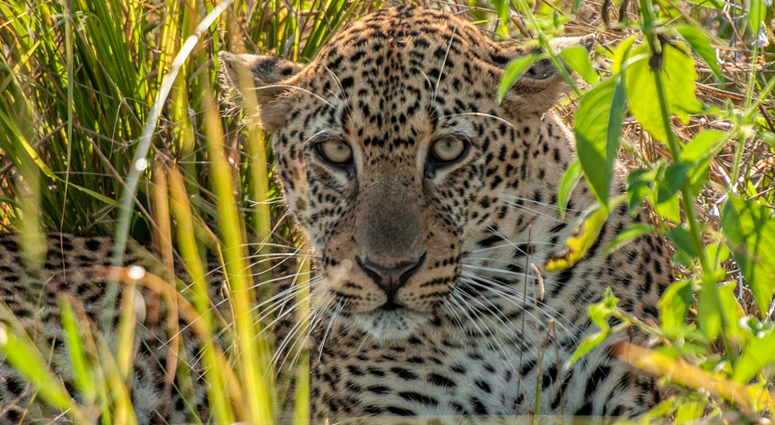 Protected under Schedule I of the Wildlife Protection Act, 1972, the leopards in India are listed as one of the most vulnerable species according to the International Union for Conservation of Nature’s Red List. Despite having poaching incidents year-round, the population of leopards in India are high as compared to other countries with over 9,000 leopards across 17 Indian states according to Dehradun-based Wildlife Institute of India (WII). However, in places like Himachal Pradesh, Haryana, Gujarat, Jammu and Kashmir, the population of leopards is still uncertain.

Why Should We Contribute to Save Wildlife?

Similar to tiger and elephant conservation in India, leopards must also be safeguard and looked after by developing projects to secure the big cats and making better protocol in urban areas of India to ensure the safety of both humans and animals. According to the result of 2018, it shows that we still lack security and safety measures, it is important for the forest department and wildlife authorities to take serious measures and to work more towards human-animal conflict without disturbing the habitat. We can also do our bit by not buying any animal products and can also report if any incident of poaching comes across us in a nearby locality. It is time that both government and the people work together to save our wildlife and spread awareness about the importance of their existence in order to maintain a balance on the planet.