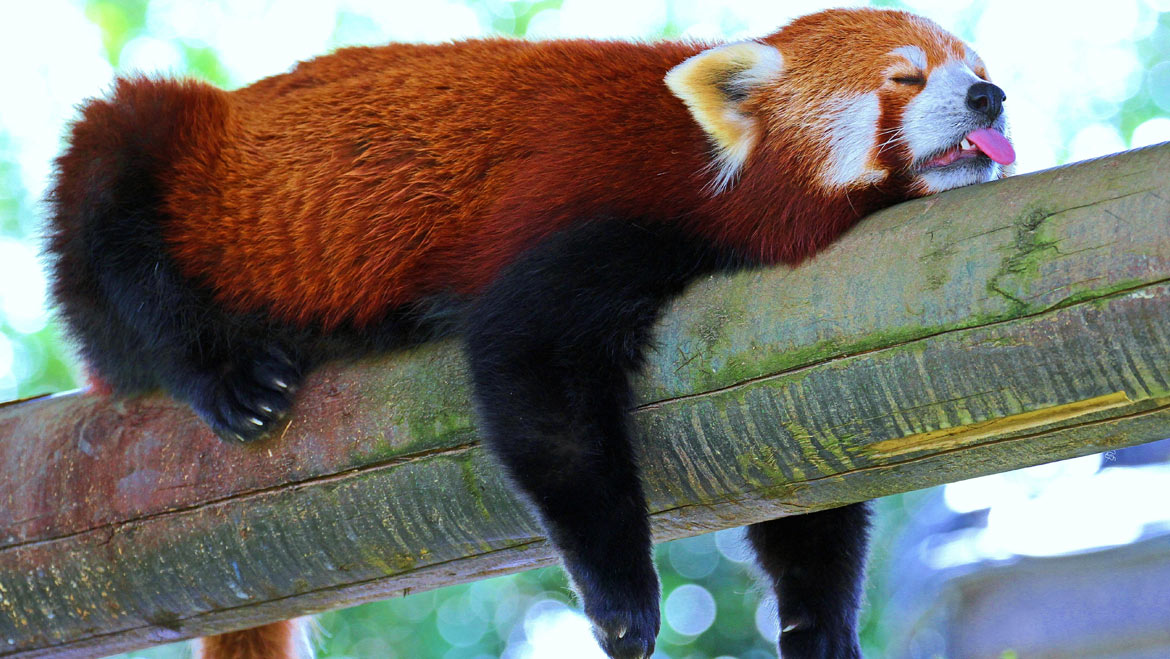 Every holidaymaker adds spectacular beaches, snow-clad mountains and beautiful hill stations in their travel wish list. But have you ever thought of including a national park in that list? Visiting the national parks and wildlife sanctuaries in India is not only the best way to enjoy unique animal life in the country but also efficient to experience the beautiful nature at its best. Reigns unbeatable with the tigers, lions, elephants, rhinos and amazing bird species, India has a rich and diverse wildlife. The geographical diversity of the country makes it a heaven for exotic wildlife. A trip through the national parks of India provides you the opportunity to spot some rare animals.

Below is the list of 12 incredible animals that make the national parks of the country so appealing: 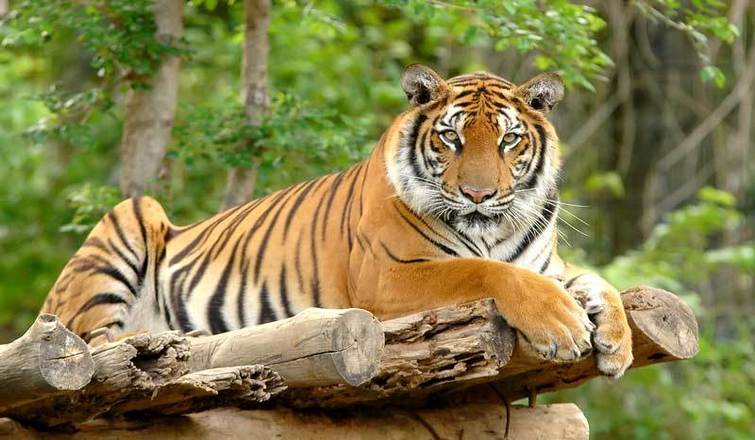 Everybody desires to grab the chance of a tiger safari on their holiday in some of the popular tiger reserves in the country. Several national parks of India offer opportunities to experience wonderful safaris and the wilderness of the animal for visitors. You will love the idea of going through the forest on a 4×4 safari jeep to spot the majestic beast. Often referred to as the ‘Big Cat’, Bengal Tiger is the national animal of both India and Bangladesh. Although more than 70% of wild tigers in the world live in India, it is an endangered species. Poaching and forest destruction has reduced the population of this powerful animal species considerably. 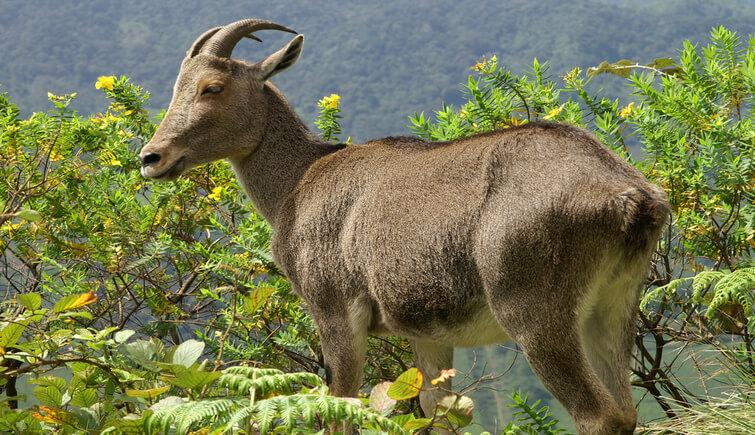 A holiday trip to the Eravikulam National Park in Kerala can fill you with memories. It is the home to the endangered mountain goat, Nilgiri Tahr. With a sticky coat, curved horns and short and coarse fur, it is an exotic animal species to watch. The tropical rainforest regions of Western Ghats are the natural habitat of this incredible species. Nilgiri Tahr is the state animal of Tamil Nadu and can be spotted in the regions of Palani Hills, Nilgiri Hills and Annamalai Hills. The population of this animal is tremendously decreasing due to Eucalyptus cultivations and continuous poaching. 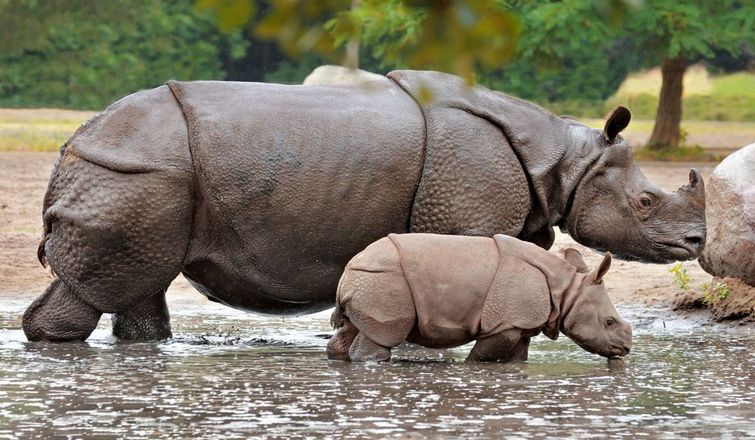 Planning a holiday trip to Kaziranga National Park during your vacation is a wonderful way to recharge your batteries and get a chance to glimpse some rare and exotic animals. The Greater One-Horned Rhinoceros is one such animal that every wildlife enthusiast love to watch during his visit to this national park. It is a large animal usually clinging on to the foothills of the Himalayan regions. The International Union for Conservation of Nature has listed this animal as a vulnerable species. There has been a tremendous decrease in the number of this species since 1975 because of poaching of horns. Also known as the Indian Rhinoceros, the Greater One-Horned Rhinoceros can be spotted mainly in the Kaziranga National Park, Pobitora Wildlife Sanctuary, and Dudhwa Tiger Reserve. 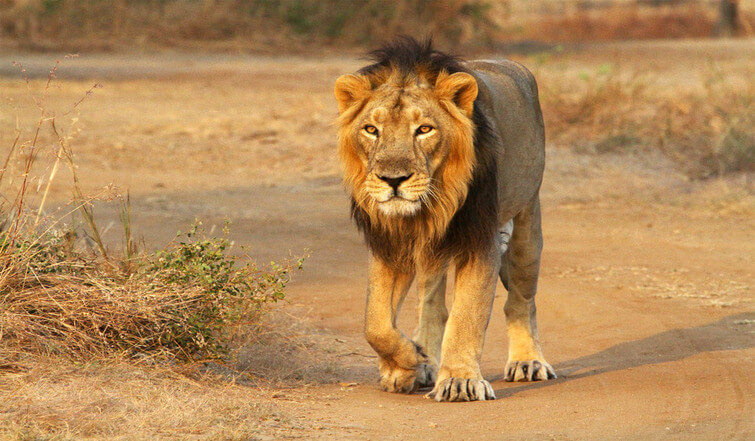 Taking a jungle safari is a marvellous experience especially if it is in the imposing rugged hills of the well known Sasan Gir Wildlife Sanctuary in Gujarat. This popular destination provides the wildlife lovers the rare opportunity to enjoy a fantastic experience to spot the Royal Asiatic Lion. Gir is the natural habitat of Asiatic Lion which is found only in India. People visit this national park mainly to have a glimpse of this incredible animal. It is interesting to know that this lion species is the second largest feline species in the world after the tigers and can be found only in India. Summer is the best time to spot this animal as they move towards the water reserves in the area frequently due to hot weather. 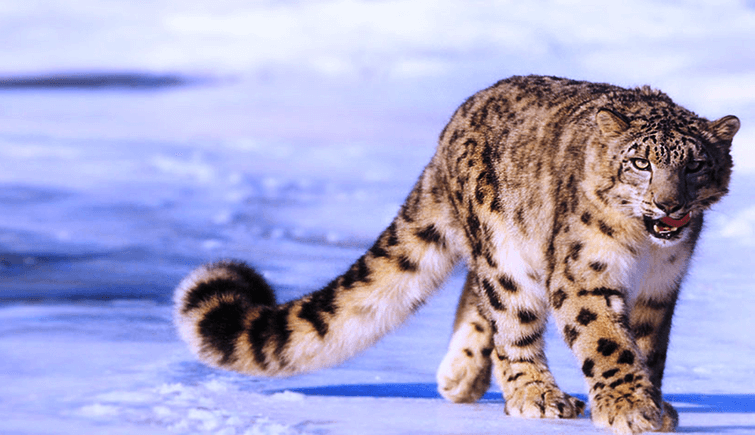 Watching the snow leopard in its natural habitat shall be a magical experience as it is very difficult to get a glimpse of this rare species. Winter is the best time to spot snow leopards and they can be profoundly found in the rocky and steep areas of the Himalayas. This wild animal has long and thick fur and the color of their skin varies from tanned yellowish to smoky gray. The long tail is certainly a great attraction of this species and one can easily identify the Snow Leopard by its tail. Another great feature of this big cat is that it cannot roar like lions and tigers. The population of this animal is declining because of widespread hunting and loss of habitat. The popular wildlife destinations where you can watch Snow Leopard are the Hemis National Park, Ladakh; Dibang Wildlife Sanctuary, Arunachal Pradesh; Nanda Devi National Park, Uttarakhand; Great Himalayan National Park, Kullu, Himachal Pradesh; Kibber Wildlife Sanctuary, Himachal Pradesh and Pin Valley National Park, Himachal Pradesh. 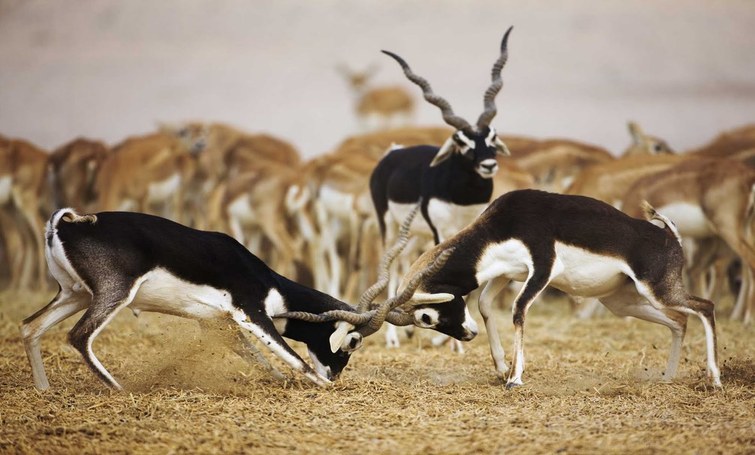 Visiting some national parks of India such as Velavadar Blackbuck National Park, Corbett National Park, Kanha National Park, Ranthambore National Park, Gir National Park, Guindy National Park and Bandhavgarh National Park make your wildlife safari fun-filling and exciting because it gives you the chance to see the unique black buck. Also known as Indian antelope this animal is the state animal of Punjab, Haryana and Andhra Pradesh. With spiral horns and charming color, black bucks are truly an attractive animal to watch. This animal species were found almost all the plains in the country in the old days but its population is decreasing due to relentless hunting, habitat destruction, overgrazing, and inbreeding.

Reasons: Why Shall We Save Wildlife? 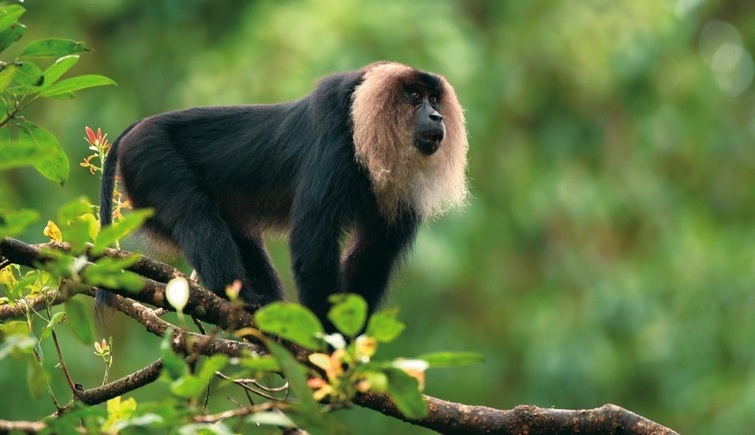 The Western Ghats region is a haven for matchless wildlife including the endangered Lion-Tailed Macaque. Watching this animal species in troop shall be a visual treat. Endemic to the Western Ghats region of South India, this old world monkey fascinates people with its unique appearance and characteristics. This animal has an impressive figure and it earned its name from the appealing tail. The tail and mane of hair give it the looks of a lion. People stop their vehicle to take photographs whenever they spot this rare animal. The Silent Valley National Park in Kerala, Sirsi-Honnavara rainforests of North-Western Ghats in Karnataka and Papanasam area of the Kalakad Mundanthurai Tiger Reserve in Tamil Nadu are the best places to watch Lion-Tailed Macaque. 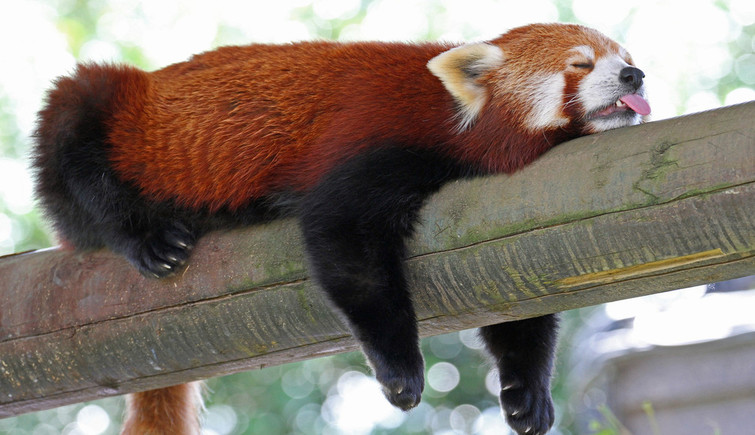 Planning safaris in the wildlife sanctuaries and national parks of India can be an exhilarating way to enjoy a vacation. Watching some striking wildlife and exploring the serene nature certainly make you refreshed. No one can deny the charm of Red Panda, an endangered animal while exploring the well known national parks in the country. Native to the Eastern Himalayas, Red Panda is a small mammal usually clinging to the bamboo trees. This animal is also known as red cat-bear or lesser panda which can be spotted in the Khangchendzonga and Namdapha National Park of Bengal and the forests of Sikkim and Arunachal Pradesh. The population of this species is decreasing due to the loss of natural habitat, poaching, inbreeding depression, and fragmentation. 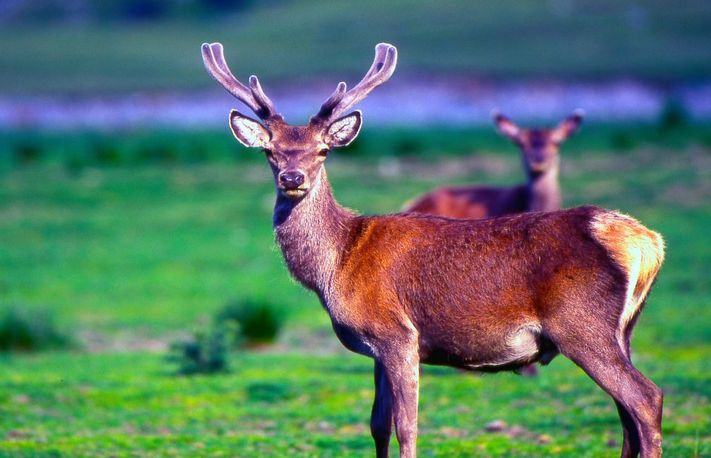 The national parks of India offer opportunities for spotting a vast variety of wildlife. The Rajparian Wildlife Sanctuary and the Dachigam National Park are worth to visit on this vacation because these destinations house the rare Kashmir Red Stag. With a brown coat color and a light rump patch, this deer species is very appealing to watch. The Kashmir Red Stag is usually found in the Jammu and Kashmir state especially in the areas of Sind Valley, Overa-Aru and the forests of Bhaderwah and Kishtwar. Just include the above national parks on your wish list for getting memorable wildlife experience of watching the unique the Kashmir Red Stag. 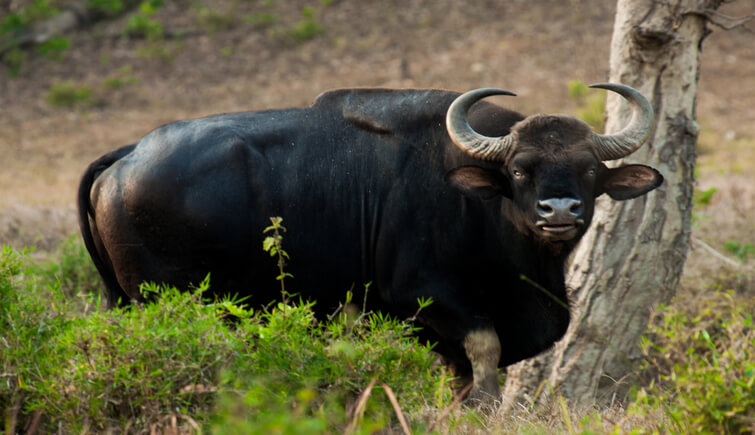 The Chinnar Wildlife Sanctuary in Kerala and the Arignar Anna Zoological Park of Chennai are excellent places for some wildlife safari holidays because both of these destinations offer you the opportunity to watch the rare Indian Bison. Native to South Asia and South-East Asia, Indian Bisons are usually found in the grassy regions and forested hills. With huge head and a massive deep body, this large extant bovine is the embodiment of strength and vigor. This endangered species is among the must-see animals in the wild. 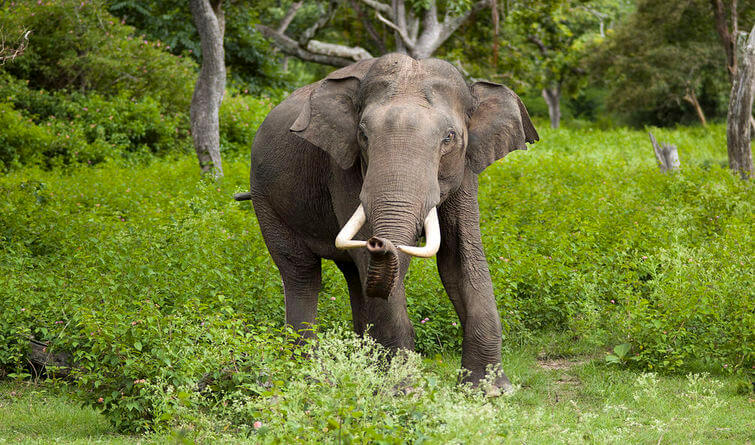 India has no shortages of beautiful national parks and stunning natural areas to spot Asian elephants in its natural habitat. It shall be amazing to enjoy close encounters with this large and incredible creature in the world. India is home to more than 50% of Asian elephants and can be seen easily in many parts of the country. They are one of the largest land animals on earth with eight to ten feet height at the shoulder. Most of the national parks and wildlife sanctuaries in India are home to elephants and they share their space with other animals. Herds of elephants can be a normal scene while crossing the jungle roads in South India. It shall be a mind-blowing sight and you will definitely set your camera ready to take amazing photographs. Periyar Wildlife Sanctuary in Kerala, Kabiri Forest of Mysore and Chandaka Elephant Sanctuary of Orissa are excellent areas to spot herds of Asian elephants in wild. 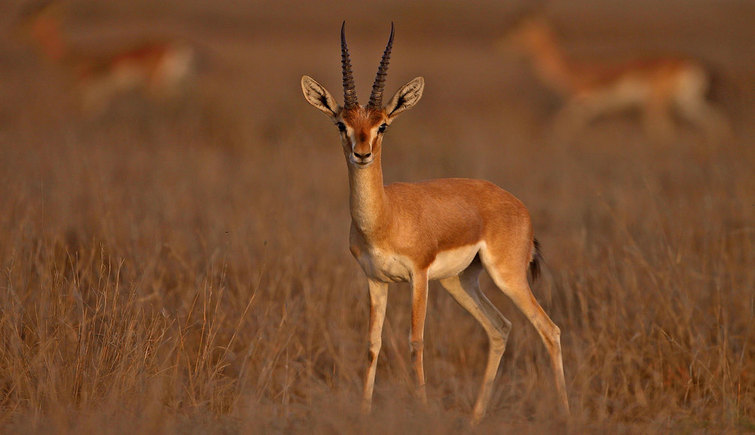 Ranthambore and Bandhavgarh National Park are a paradise for wildlife fanatics because both of these destinations provide outstanding chances for visitors to spot the Chinkara, a rare animal. This species is usually seen in the grasslands of central and north-western regions of India and the deserts of Rajasthan. What makes this animal unique is its capability to sustain on very little water. There are more than 80 protected areas in India for this rare animal species. Plan a safari trip to the Ranthambore or Bandhavgarh National Park for an enthralling and adventurous wildlife experience.