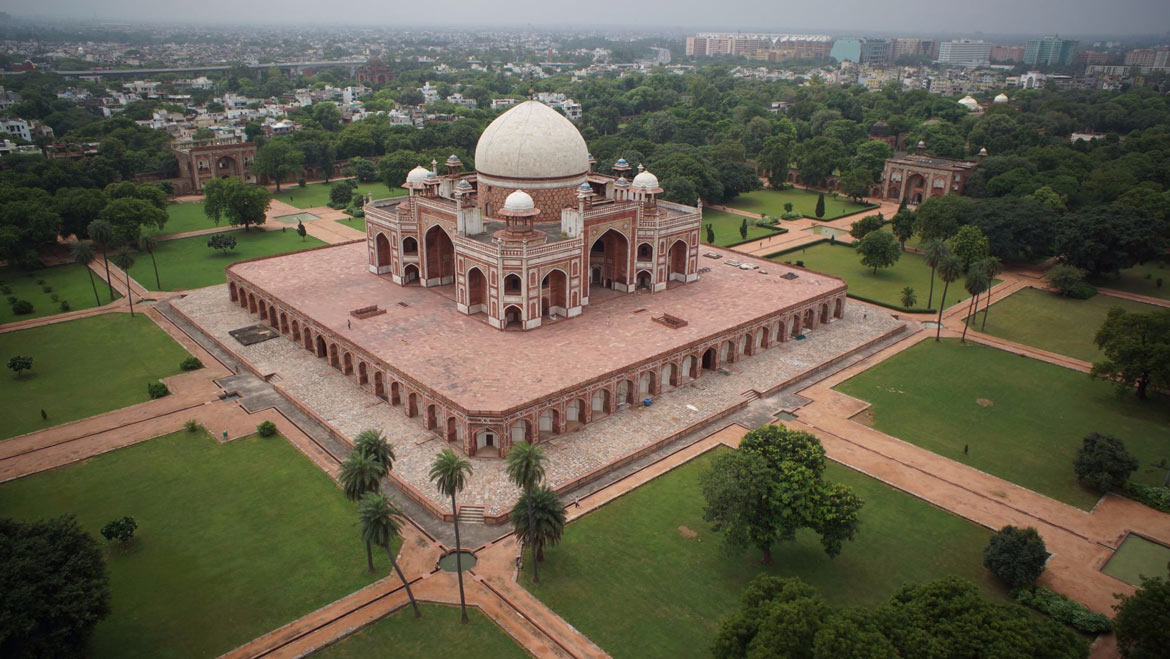 It has been two long years Delhi has given me solace to let myself involved in various energizing deeds while I gravely missed my family back in Assam. And if you ask me how, I can tell you several entertaining elements that Delhi has showed me in the past two years. Being a lover of art, history and culture, now I have got best of my picks in this city. It is in Delhi only where two different ages are running parallel. While Old Delhi still bears the reminiscence of ancient era, the New Delhi is spreading its wings to embrace all comfort and fun elements of an ideal metro city. A delight for free souls and travel freaks, most of its attractions are photogenic and are worth-capturing at the cost of our valuable time and money. So, no matter if it is about the red sandstone tomb of Humayun or white marble temple of Bahais, you will be elated to click the best of these selections.

Let me introduce you to the list of my favourite destinations for photography in Delhi:

This age old relic of Mughal dynasty speaks about the affection of Mughal rulers for art and architecture. Built in 1565 AD in the memory of Humayun, the famous Mughal emperor, nine years after his death, this historical site encompasses several tombs raised in memory of different members of Mughal dynasty. Geometrically perfect and artistically lavish, this tomb is worth capturing in digital lens.

Exit from any gate you want and you would end up coming at the elusive circle of CP. Don’t worry you will not be lost here as no matter how much you roam around, you would be coming at the same point from where you had started. The buildings of CP, which were once the headquarters of British Raj have now turned to the most cheerful area in the city. The posh art gallery, showrooms, lively coffee shops along with the street side artefact sellers’ stall are great sites to be framed.

Exit from gate no 7 and follow the route leading towards Baba Kharak Singh Marg and you will be there at Bangla Sahib. The most famous Gurudwara in the city has enough beguiling attractions to be captured in your camera. Keenly observe the simple activities of the devotees and you will find sufficient thought provoking clips. The golden domes, white marble gate, intricate detailing on the inside walls deserve applauds.

Want to capture the busiest market in Delhi? Just devote one of the week days for photographing in Chandni Chowk market and you will be able to capture thousands of award winning clicks. Whether it is the wholesale saree-lehenga shop or spice market, it seems like the crowd of entire Delhi has thronged in these shops. Chandi Chowk area is perfect for clicking moments of day to day life.

Built in the model of famous Arc-de-Triomphe of France, India Gate is a popular memorial, which stands like an archway in the middle of a crossroad. It was mainly constructed to commemorate the death of 70,000 Indian soldiers who sacrificed their lives in World War I fighting for the British Army. An impressive work of art decks the archway from all side. After sunset, the vicinity takes a dramatic look as the nearby fountains are decorated with neon lighting.

Fond of heritage photography? Don’t miss to head to Purana Qila or Old Fort. The gigantic wall enclosed area has age-old halls attached with strong iron gates. The fort has three gateways attached with bastions on either side. Taluqi Darwaza on the northern gate depicts amalgamation of Islamic pointed arch with Hindu Chhatris and brackets. The fort vicinity is covered with thick layers of green grass and turns to an ideal spot for abundant photography.

If you want to have vivid idea about the millennium old history of Indian sub-continent, just step into the National Museum of Delhi. The architectural remains, excavated artefacts of Harappa and Mohenjodaro to the paintings of Mughal dynasty are preserved here with utter care. The gigantic wooden chariot found at left side of the entrance is a must capture. Also observe the epigraphs put on display on right side of the gate.

If you love colours and vibrancy then you must be at Dilli Haat for an instant photography tour. Exit from the gate no.1 of INA metro station and there you reach Dilli Haat taking just a right turn. Keep clicking the pictures of varied handicrafts, wall hangings, household materials from different angles and you will find yourself left with oodles of outstanding images.

This majestic red sandstone structure has enough interesting elements to be captured in your digital eyes. Built by the great Mughal emperor Shahjahan, this architectural splendour is enclosed with a rubble stone wall, bastions, wickets and several gates at intervals. Naubat Khana is the place where ceremonial music was played serves as the entrance to the Diwan-i-aam. Explore the Indian War Memorial Museum to get some idea about the history of weapons used in earlier battles. Diwan-i-Khass, Tasbih-Khana, Khwabgah, Hammam, Moti-Masjid are a few major art-filled elements of Red Fort.

A leisure space for the public of the city, Garden of Five Senses is introduced at Said-Ul-Azaib village. The garden has worth framing elements starting from artistically designed flower gardens to fountains and rock carvings. Fragrant shrubs and trees are a highlight of this entertainment park. There are beautiful stone made sculptures along with a couple of steel ones spotted in different corners.

This white Lotus Flower Temple is the major religious site of Bahais. It is the last of seven major Bahai temples built across the world. The temple is built of pristine white marble and oozes divine aura in sunlit days. Around the blooming petals of the temple there are nine pools of water. These pools contain azure blue water and look breathtakingly beautiful when it gets darker. The temple is designed in a systematic manner surrounded by planned gardens oozing with abundant green. Click the pictures of the temple against the Sun or against the greenery enriched surrounding and capture the contrast of green and white.

Comparatively spacious and cleaner than the other bustling markets of Delhi, Sarojini Nagar Market is an ideal destination for photography. If you want to click the colours of the crowd, prefer to go on weekend. Sarojini is generally less crowded in weekdays. The vendors on the street of the market mostly sell apparels and various household items. Also there are vendors who sell incredible varieties of handicrafts.

A heaven for love birds, Lodi Garden is found at a scenic location surrounded by abundant greenery and hue of multiple colours. Planned walkway lined with green shrubs and vibrant flower plants paint the skyline of Lodi Garden. Here you will get to click some of the most fascinating vistas created with human interference. The vibrant gardens blooming with hue of colours create a postcard perfect landscape. Arrive in the evening and you would find extensive varieties of travellers thronging here. The tombs of Sayyid and Lodi rulers are another significant attraction of this park.

You Surely Didn’t Know These Facts about Indian Railways

An ideal place to click some of the most appealing dishes oozing with bright red or the most eye-catching colours, Khan Market can be your pick for food-photography. The fresh aroma of scrumptious food and their appealing colour will make you feel delighted once you step into the market premise. Big names of Western brands, visitor-friendly bars, classy cafes and restaurants make Khan Market a pick for the elite tourists. Apart from the varieties of Indian delicacies you can taste the continental ones.

Built to commemorate the victory of Islam on the territory of India for the first time, Qutub Minar is a 73m high tower constructed by Qutab-ud-din Aibak. The five-storeyed tower was built next to the Quwwat-ul-Islam Mosque which is an excellent specimen of Indo-Islamic architecture. First three storeys of this tower are made of red sandstone and the fourth and fifth ones are built of marble and sandstone. The detailing on the nearby rock cut mosques are impressive though found in ruins. Keep your camera ready to click the images of flights flying over the tower (as the Airport is close to the Qutub Minar). Observe the detailing minutely and capture them in your digital lenses.

When you step into the periphery of Janpath market you will be amused to see the creations of the magical hands of Indian artisans. There are stalls selling ethnic wears of all regions starting from Gujarat to Kashmir. The handicrafts, apparels, jewelleries are so gorgeous that you can’t stop yourself buying a few of them. Here you can capture some beautiful images of this local market.

The largest mosque in India built by Mughal emperor Shahjahan, Jama Masjid is one must head travel destination of Delhi for the photography buffs. The finest architecture, the three huge domes, a pair of minarets and a courtyard to accommodate 25,000 worshippers are worth capturing. The mosque is built of red sandstone and exhibit minute detailing on the arches and doors. Avoid the prayer time for entering into the mosque as you might not be allowed to enter into the mosque’s premise during prayer.

If you want to capture the images of devoted souls and really believe that miracles do exist then you should not miss to be at Hazrat Nizamuddin Dargah, a Sufi shrine. Dedicated to famous Sufi Saint Nizamuddin Auliya, the shrine attracts a huge gathering irrespective of religion and caste throughout the year. The shrine is built in red sandstone and looks exceptionally gorgeous for yellow plating in the main tomb of Hazrat Nizamuddin. Qawali nights are famous on Thursdays and Sundays. If you are travelling to Nizamuddin in Thursdays and Saturdays, you can click the best images of Qawali Nights.

Rajghat and Nearby Attractions

If you want to click the most peaceful sites of Delhi and haven’t been to Rajghat, the cremation ground of the father of the nation, then you have missed something really great. It is in Rajghat only where Mahatma Gandhi was cremated. The utter serene environment and green surrounding will make you feel drenched in peacefulness. There are two museums dedicated to Mahatma Gandhi where you can click a few moments of Gandhi’s life to be restored in future. Veer Bhumi, the cremation ground of Late Prime Minister Rajiv Gandhi is to the north of Raj Ghat. Shakti Sthal, the memorial of India’s first lady Prime Minister, Indira Gandhi is found between Rajghat and Shantivan.

Well, the list can go on as Delhi has no shortage of attractions. But, it was about my favourite spots to hangout or for clicking some worth-framing photos. Do update me with yours and I would love to enrich my virtual album exploring your list of favourite travel destinations of Delhi.

Subscribe our India Travel & Tourism Blog and stay updated with travel news, destinations and holiday ideas in India along with Sightseeing Tour Packages and offers.