Ghost of the Forest, Black Panther Spotted in Reserve Forests of Maharashtra and Odisha

Filling heart of wildlife lovers with joy is the recent news of two black panthers being spotted in Odisha and Maharashtra. Where the eastern state of Odisha spotted the black panther on the camera traps of its famed Garjanpahad reserve forest after 26 years, the western state of Maharashtra found out about the presence of the wildcat via a family who were on a safari in Tadoba Andhari Tiger Reserve. It is indeed a good news in store for Indiaâs wildlife as it’s a little difficult to figure out the difference between leopards because their colour hides the spotted body pattern which is typical of panthers. Along with that, time of the day also makes a big difference as during the daytime even the camera trap images fail to spot the difference between the black panthers. Dehradun-based Wildlife Institute of India (WII) scientist Bilal Habib was heard saying that it came as a surprise that the melanistic black panther was found in the dry deciduous forest Tadoba instead of the evergreen forests like that of Kabini wildlife sanctuary and Dandeli-Anshi in Karnataka, which demands attention. 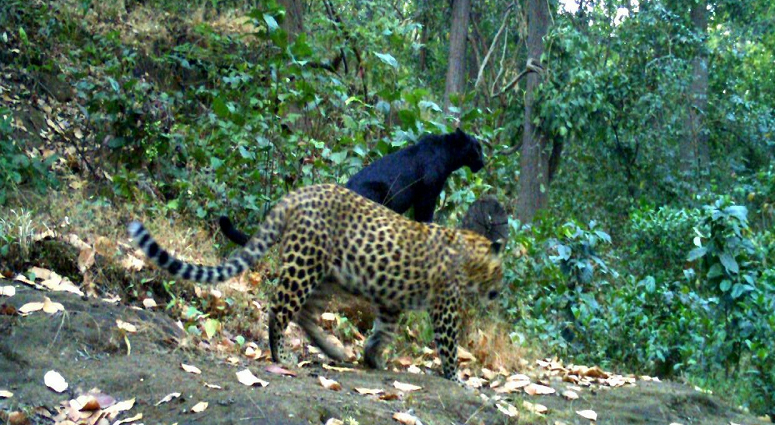 The Grajanpahad forest reserve, Odisha made sure that they had enough photographic evidence this time as against their no evidence claim 26 years back. Sandip Tripathy, Principal Chief Conservator of forests (wildlife) was heard saying that to be 100% sure, the Forest Department of Odisha checked the footage over and over again and also added that the presence of melanistic tigers and Panthers is a good sign for the growth of the habitat. All of this was possible because of the camera traps which were set up in 2005 to capture the footage of the animals present in the shelter which ended up in capturing the black panther. As for the family who chose to go on an evening safari to the tiger reserve in Maharashtra to spot the tigress and her cubs in the Kolsa zone near Shivanjhari waterhole were surprised when they saw the black panther instead. Swarna Chakraborty, the naturalist who was also with the Belgian family confirmed that it was a black panther who was drinking water at the waterhole. Upon hearing the news, Mukul Trivedi, the Field Director of TATR said that they checked the footage of the camera traps that are installed close to the waterhole and confirms the news by the forest officials.

Bringing the black panthers under the spot, there are some things that might interest you about their melanistic characteristics… 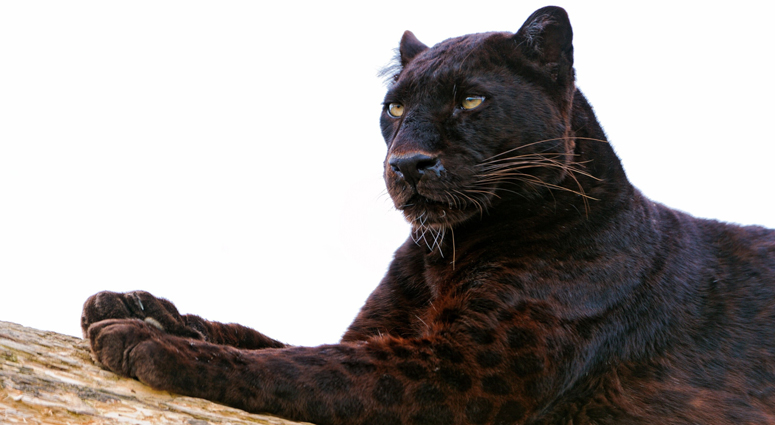 We all know this species by the name black panther but little do we know that it is just a colloquial name that is given to the melanistic colour difference of a jaguar or leopard. So what we call black panther in Asia and Africa are black leopards and the ones in America are black jaguars. Their camouflaged coat is what makes them different from others and to be true itâs a bit of a hassle to distinguish between them virtually. The melanism in leopards is said to be a recessive allele which means even though these leopards are blessed with the common markings, due to the excess black pigment melanin it’s hardly visible and gives a fine printed silk look which is known as ghost striping.

Moreover, another interesting fact about melanism is that its hereditary in this species but at the same time it is not necessary that the next generation will be blessed with the same colored coat. For instance, even if the parents are normal colored, a black panther cub can be born but in the case, if both the parents are black, the cubs will also be black. In a lot of cases, it is observed that a black panther cub is given birth along with normal colored cubs.

And wait, there is a slight difference between them and the black jaguars which might surely interest you… 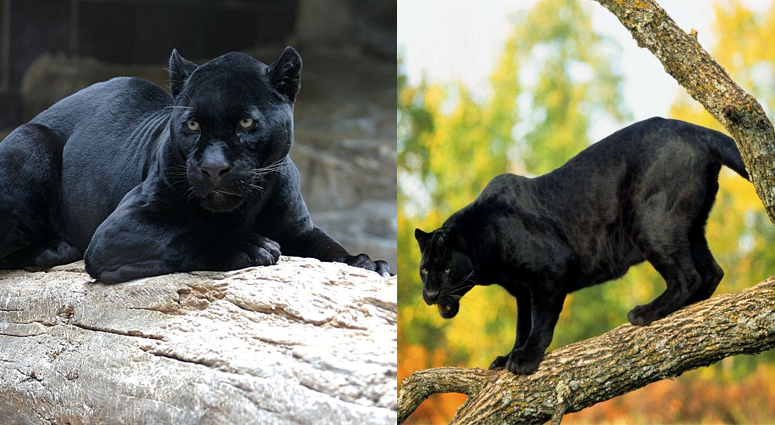 Even though the black leopards and jaguars share the same category of black panthers, there is a little difference between in their height and built where leopards are comparatively lightly built and smaller. Little insights about their hunting style and how their nature is (in case you ever want to be friends) And as for their hunting skills, they can easily kill animals that are heavier than them, 1350 pounds to be precise but still can’t tame lions and tigers. Besides, facts state that adult black panthers are more volatile than the rest which is because they are inbred i.e., mating between father/daughter, brother/sister, mother/son, all this to uphold the colouration.

So where in India can we possibly have a meet and greet with this rare exotic species? 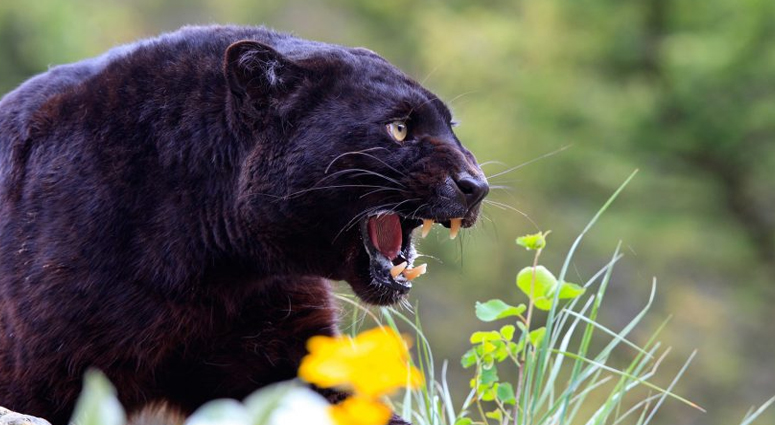 Black leopards mostly choose the densely forested areas and if one wants to spot these big cats then they have to travel all the way to South India, Anshi-Dandeli Tiger Reserve and Kabini Wildlife Sanctuary, Nagarhole National Park to be precise. Other shelters for them are in top places to visit Kerala, Chhattisgarh, Tamil Nadu, Maharashtra, Assam, Goa, Arunachal Pradesh, and Odisha.

And what if you want to travel the world and spot them? 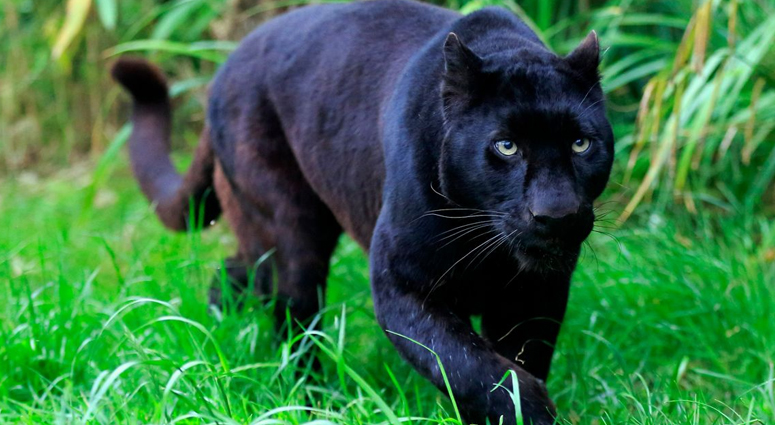 The Malay Peninsula provides shelter to the largest population of black panthers in the world. Mount Kenya, Java, China, Nepal and Myanmar are also not far behind when it comes to providing a habitat to these cats.