Great Indian Bustard: The Bird That Received No Attention Might Go Extinct

Fight for Survival: Campaign Launched to Save The Remaining 150 Great Indian Bustards

The Heart of the matter 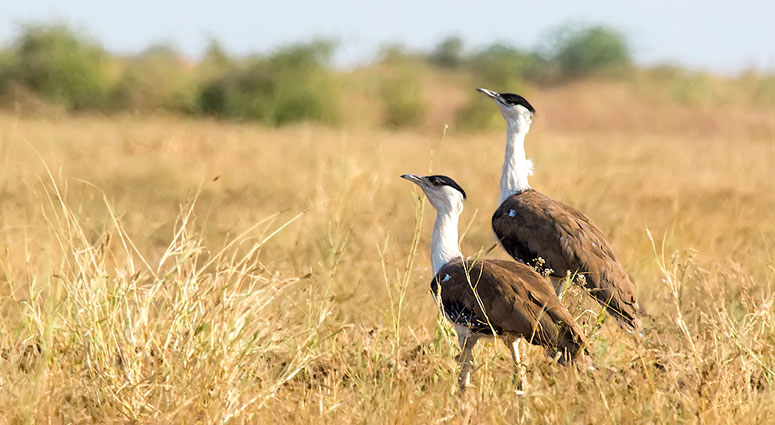 Once a flourishing and exotic species of birds, Great Indian Bustard dawned the skies from Punjab to Tamil Nadu. However, GIBs need vast grassland for their survival and with ever-shrinking grasslands, the GIB population also plummeted in India, drastically losing 90% of its original population. Experts believe that Great Indian Bustard might be the first species to go extinct in India, post-independence. Today, Great Indian Bustards are estimated to be less than 150 in counts with almost 100 birds surviving in the Thar Desert and Gujarat being the home to the remaining.

The Corbett Foundation in collaboration with the Conservation India and Sanctuary Nature Foundation launched a campaign to save the endangered birds. The campaign highlights the major threats to the bird population and suggests the immediate measures that are needed to be taken. The petitioners also wrote to Ministry of Power and Ministry of New and Renewable Energy, highlighting how live wires are a major threat to GIB and they also suggested for an alternate method of supplying electricity. The suggestion requests for the wires to be placed underground in the area pertaining to GIB. The campaign also highlights the importance of preserving the grasslands for the survival of the birds. 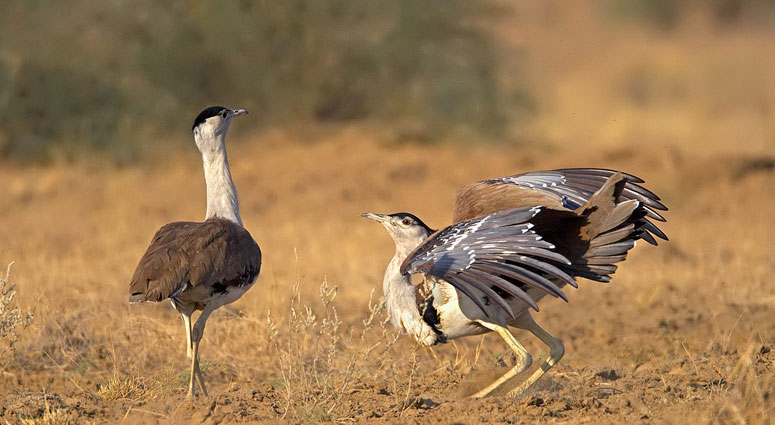 According to Wildlife Institute of India, the population of Great Indian Bustard was estimated to be around 1200-1500 during the â70s. In 2011, the population came drastically down to somewhat around 250. Since then, there has been a rapid decline in the GIB population in India. The recent census of just 150 remaining GIB has come as an alarm bell, highlighting the need for a conservation program in India.

Immediate measures that are needed to be taken

What can we do?

Rajasthan has the highest number of GIB population in India and we all can sign the campaign and raise our voice in social media so that the newly appointed Chief Minister of Rajasthan can take notice of the imminent threat to Great Indian Bustard. You can sign the petition here. 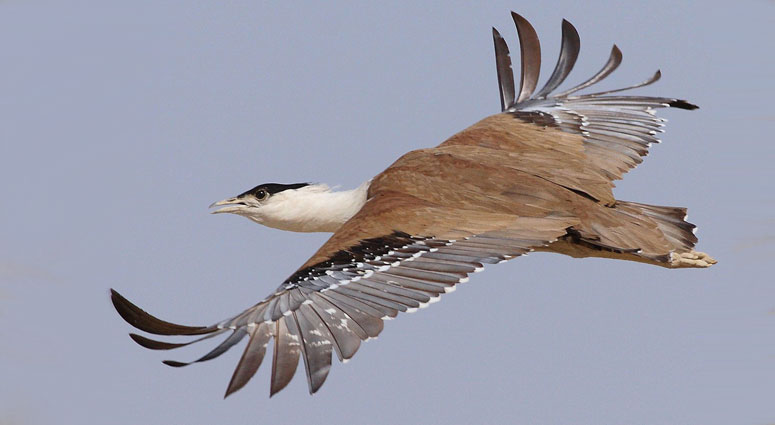 Since the campaign has started more than 6500 people have signed the online petition with celebrities like Dia Mirza and Anil Kumble have voiced their opinion about saving the endangered population of GIB. Earlier, the birds didnât receive any support from either the government or NGOs, public sector or corporate sector. However, with this campaign, activists hope for a change in policy and attitude.