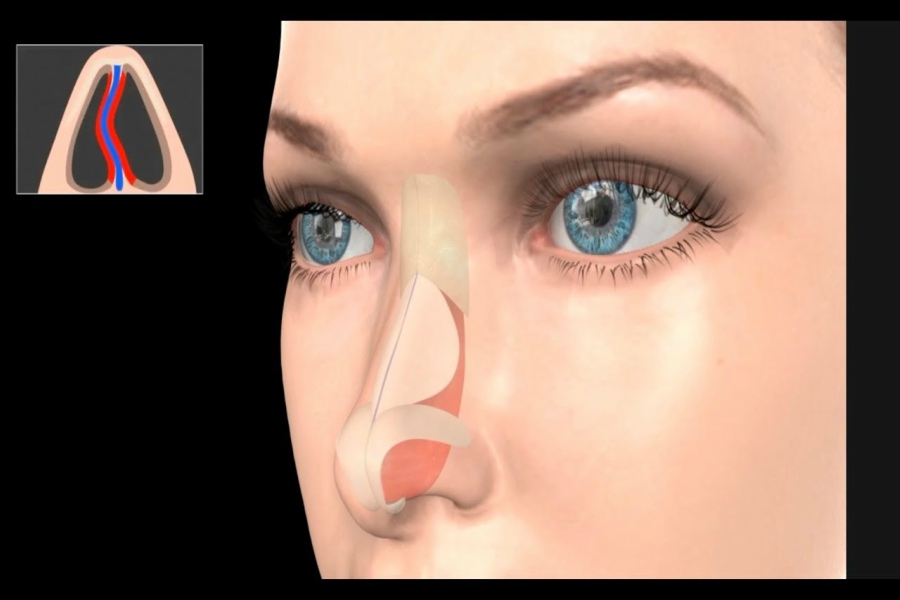 Septoplasty is a procedure that is performed to correct the deviated nasal septum. The septum separates the two nostrils of the nose. It directs the airflow and supports the nose. The septum may be deviated at birth or can be caused by an injury. Sometimes, during puberty or childhood, as a part of the normal growth, the septum may bend to one side. The bent septum can lead to problems like difficulty in breathing, sleep apnea, sinus infection and snoring.

In this method, the nasal septum is straightened by repositioning, replacing and trimming the bone or cartilage, or both.

A person who is physically fit and does not smoke can undergo septoplasty procedure. Septoplasty is mainly performed in people who have severely deviated septum, which is blocking one side of the nose, causing snoring and difficulty in breathing.

Before undergoing surgery, it is important to understand the benefits and risk associated with the surgery. During your first visit to the surgeon, your medical and medication history will be obtained. The inside and outside of the nose and skin will be evaluated during a physical examination. If required, some relevant tests may be performed. With your permission, your doctor may take photographs of the nose from different angles for reference.

The following measures may aid in making the septoplasty procedure successful:

Septoplasty is performed under general anaesthesia. Once the anaesthesia is effective, an incision is made inside the nostril, and the mucosa covering the septum is lifted to see the bone and cartilage directly. Then the surgeon will either remove or reshape the deviated portion of the septum. Ample amount of non-deviated bone and cartilage is left behind to maintain the shape of the nose. After completing the procedure, the incision is stitched and closed.

Soft plastic splints or sheets may be placed inside the nose to reduce the risk of scar formation and guide the septum to heal in a straight direction. Both sides of the nose may be packed with spongy materials or cotton to prevent bleeding, which is removed after 24 to 36 hours of the surgery. After the surgery, your nose may bleed for 24 to 48 hours, which is normal.

Following measures may help in speedy recovery after septoplasty:

The cost of septoplasty procedure may vary based on several factors, such as:

Septoplasty procedure is associated with the following risks:

No, there are no facial scars left after the septoplasty as the operation is done through the nostrils.

It may take around three months for the nose to attain maximum clearance after the septoplasty.

Usually, the surgery is completed in one to three hours.