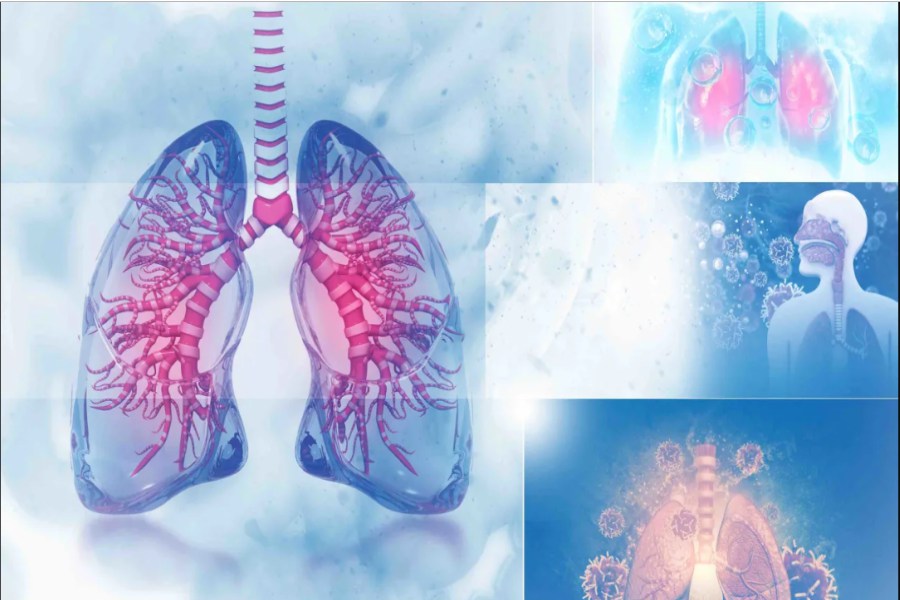 Lung cancer is a form of cancer that begins when the cells in the lungs (carry oxygen in and out while breathing) grow abnormally. In the worldwide population, lung cancer is one of the most prevalent cancers and cause of cancer-related mortality. Lung cancer may start in the lungs and spread to lymph nodes or other organs like the brain or from other body organs may reach to lungs.

Lung cancer can be of two different types:

Small cell lung cancer (SCLC): It is a rare form of lung cancer that is mostly caused due to smoking and may spread faster.

•    Large cell carcinoma: The cancer cells appear round and large under the microscope.

•    Adenocarcinoma: This form of cancer begins in the mucous, making the gland cells in the lining of the airways.

•    Squamous cell carcinoma: This form of cancer grows in the flat cells covering the surface of the airways.

If under the microscope, the cancer cells appear undeveloped, it is referred to as the undifferent

Smoking is a major cause of lung cancer, which can be due to direct exposure to smoke or secondhand smoke (prolonged exposure). The risk of lung cancer increases with the duration and amount of smoking. However, it may also occur in people who have never smoked.

Some other factors may also increase the risk of lung cancer, such as:

In the early stage of lung cancer, no signs and symptoms can be detected. In advance stage, it may show the following symptoms:

A general examination is done to detect the presence of any signs of disease (some unusual signs). History about the habits, job, medical condition, smoking or any treatment is obtained.

Some other tests may be performed to diagnose lung cancer, such as:

In intial stages, lung cancer may show no signs and symtoms. As the cancer advances, it may show symptoms like chronic cough, chest pain, horarseness of the voice, bone pain, headache and weight loss.

Long-lastingUnlike all surgical operations, lung cancer surgery is also associated with some risks, such as:

Chemotherpay: Total 4-6 cycles of chemotherapy are given, each cycle is usually given after every 3-4 weeks.

Based on the type of cancer, location, extent and health of the patient, the following treatment options are available:

Following are the different types of surgery:

In the case of early-stage cancer or cancer in a small area, only a segment of the lung is removed. The different methods of removal may include:

Radiation therapy: High energy X-rays or particles are used to destroy cancer cells. In lung cancer, radiation therapy can be given before or after the surgery or in combination with chemotherapy.

Chemotherapy: In this method, drugs are used to kill cancer cells. It can be given in the form of a single drug or combination of drugs to treat lung cancer. It can be given orally or through the vein(intravenously). Chemotherapy alone or along with radiation therapy is usually given after surgery. In some cases, it can be given before surgery to shrink cancer.

Radiosurgery: It is an intense radiation treatment in which several beams are focused from different angles at cancer. It is used in patients with small lung cancers who cannot undergo surgery or when cancer has spread to other parts of the body.

Immunotherapy: In this method, the immune system of a person is enhanced to fight against cancer cells. It is mostly used in advanced lung cancer patients.

The cost of the tretamnet depends upon: