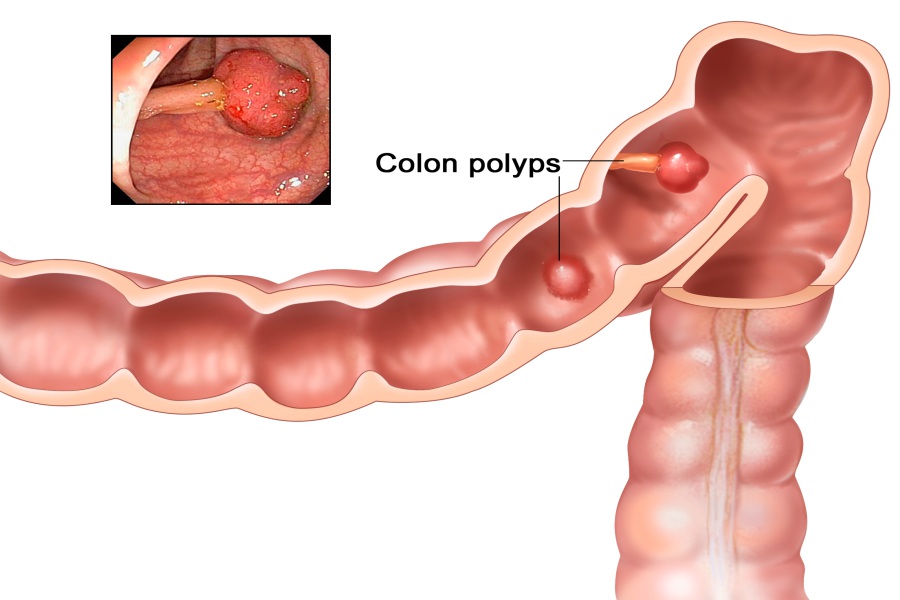 Bowel cancer is a general term for describing cancer that develops in the large intestine. Based on the location where cancer begins in the bowel, it is sometimes referred to as colon or rectal cancer.

About 1.8 million new cases of bowel cancer were reported in the year 2018 globally

Bowel cancer occurs when the cells lining the colon or the rectum begin to grow and divide uncontrollably without dying. This results in the formation of a mass of tissue, known as a polyp. Developing polyps does not always mean you have cancer, but if these polyps grow and divide continuously, they become cancerous.

Additionally, there are several factors which increase the risk of bowel cancer. These include:

The signs and symptoms of colon cancer include the following:

Symptoms during the progression of Colon cancer

When colon cancer has spread to other parts of the body, such as the liver, lungs, or bones, then the person may experience the following symptoms:

Additionally, the patient may also experience symptoms related to the organs where cancer has reached.

Diagnosing bowel cancer during the early stages help in providing appropriate treatment. The doctor begins the diagnosis by doing a clinical assessment, wherein the patient’s medical history, medication history, and the signs and symptoms are recorded. A physical examination is done to feel the abdomen and other parts of the body to detect any enlarged organs or abnormal masses. If any abnormal masses are found, then a digital rectal examination may be recommended.

Once the cancer is diagnosed, certain imaging tests, such as an ultrasound or MRI scans, are done to determine the extent of cancer.

The staging of bowel cancer is as follows:

The following activities help the patient in quicker recovery:

Depending on the location, size, and stage of cancer, bowel cancer can be treated with the following:

Surgery: It is the most common treatment option for bowel cancer. Surgery is usually performed based on the location of cancer, whether it is present in the colon or rectum.

If cancer has spread to the nearby tissues, then all the affected parts of the colon should be removed surgically. The procedure, which involves removal of all the parts of the colon, is referred to as colectomy. Colectomy can be performed in the following ways:

Sometimes, instead of colon, the surgeon may cut an end of the small intestine and connect it to an opening made in the skin of the abdomen. This procedure is called ileostomy.

The following are the surgical options for treating cancer in the rectum:

Chemotherapy: It involves the usage of medicines or chemicals to kill cancer cells.

Radiation therapy: High-beam rays are delivered to destroy the cancer cells without causing much harm to the surrounding healthy tissues.

Targeted therapy: This therapy inhibits the action of specific proteins that are responsible for the growth and progression of cancer cells.