The Indian mythologies describe the country as the land of austerity, pilgrimages, rituals, and mystical customs. And it proves to be true when one embarks on a journey as a pilgrim. Hundreds of deep-rooted beliefs, hundreds of spiritual thoughts followed by vivid customs bless this land of incredibility. From Kashmir to Kanyakumari and Saurashtra to Silchar (Assam) every nook and corner of this country is dotted with significant pilgrimage sites which are either dedicated to Hindu deities or Buddhist lamas or Gurus. A journey to these holy sites of India is considered a lifetime achievement and endows the pilgrims with peace of mind and mental strength. 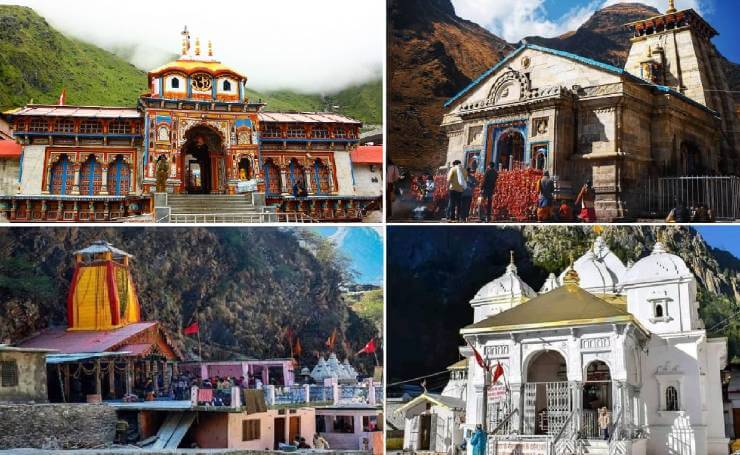 One of the most revered pilgrimage circuits in India, Chota Chardham Yatra is associated with the four major Hindu temples of the Garhwal Himalaya namely Gangotri, Yamunotri, Kedarnath and Badrinath. Yamunotri, the source of the River Yamuna is the first halt to this religious trip and Badrinath is the last.

The temple of Yamunotri is dedicated to Yamuna, the daughter of Sun God while Gangotri is the seat of goddess Ganga who is believed to be the cleanser of all sins.

Kedarnath is considered to be the seat of Shiva and counted among the Panch Kedars. The last pilgrimage site of this circuit is Badrinath where Lord Vishnu resides in his Shaligram form. Badrinath also constitutes the Chardham of India. 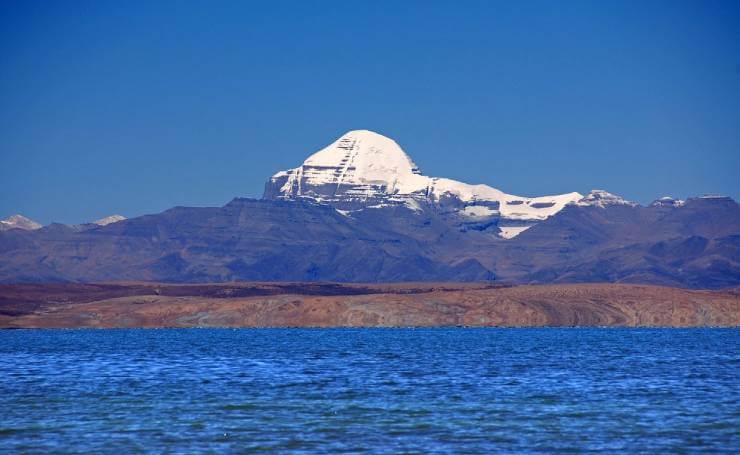 A journey towards the divine, a walk to meet the Supreme Being, Kailash Mansarovar Yatra is considered among the most spiritual Hindu pilgrimage sites among the Hindus across the world. The pilgrimage is centred on the highly impressive mountain peak of Mount Kailash which is located in the Himalayan mountain ranges of Tibet.

Spiritually enhanced and bestowed with magnificent scenic views, this religious destination is referred to as the earthly abode of Lord Shiva in several scriptures and highly esteemed by the Hindus, Buddhists, Jainas and the followers of a Tibetan religion called Bon. Man Sarovar, a blue and emerald green lake is around 20km from Mount Kailash which was believed to have emerged from the mind of the creator of this world, Brahma. 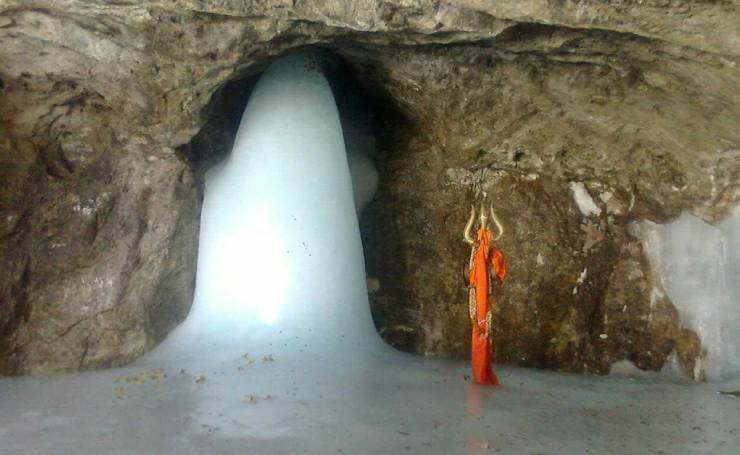 A pilgrimage site that every devoted Hindu wishes to embark on at least once in his or lifetime, Amarnath Yatra is associated with the temple of Amarnath which is located in Jammu and Kashmir.

Dedicated to Lord Shiva, the temple of Amarnath houses a naturally appearing Ice Lingam which is found inside a cave. The cave is around 141km from Srinagar and can be reached through Pahalgam town on foot.

The Yatra commences during the 45 days period of July and August which coincides with the Hindu month of Shravana. 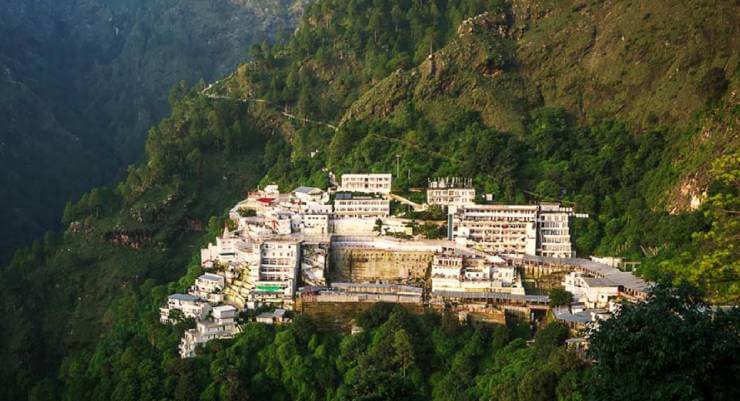 A Sacred & Spiritual Journey that requires immense devotion, zeal and dedication towards the goal, Vaishno Devi Yatra is associated with the temple of Mata Rani (Durga) located at the Tirkut Mountains of the Indian state of Jammu and Kashmir. Vaishno Devi is considered as the incarnation of Goddess Durga and her shrine is considered among the 108 Shakti Peethas found across the globe. The deity is worshipped here inside a dark cave in the form of three pindies (rocks) as Maha Kali, Maha Saraswati and Maha Laxmi.

Several mythological stories are associated with the emergence of the shrine of Vaishno Devi, among which the tale of Bhairon Nath and Vaishnavi is considered to be the most famous. It is said that the three major manifestations of Goddess Durga united together and created a girl who later took birth as the daughter of Ratnakara. The girl was later blessed by Lord Rama when she was meditating in a dense forest.

Bhairon Nath, a wicked Yogi wanted to take revenge on the deity and in the course of time Devi slaughtered the head of Bhairon Nath. Realising the power of Vaishnavi, Bhairon Nath sought forgiveness of the deity and as a result Mata blessed him with the boon that whoever will visit Vaishno Devi will have to visit the temple of Bhairon Nath to complete their pilgrimage. Soon after the incident, the deity sat on meditation and transformed into the form of a rock face which are worshipped today as pindies. 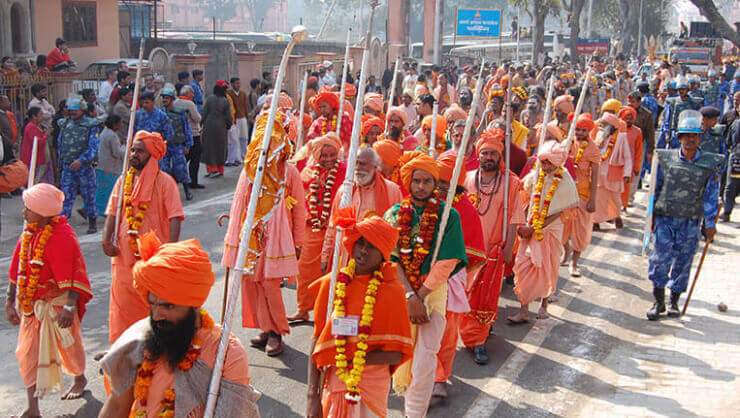 It is a unique fair associated with many deep-rooted religious beliefs and takes place on the banks of four spiritually imbibed rivers called Ganga, Triveni (confluence of Ganga, Yamuna and Saraswati), Godawari and Shipra. Ganga is found in Haridwar, Triveni is found at Prayag in Allahabad, Godawari at Nasik and Shipra flows at Ujjain. Ardh Kumbh i.e., the one happening in six years takes place either in Haridwar or Pryagraj (Allahabad). Purn Kumbh Takes place in four of the above-mentioned places in rotation whereas Maha Kumbh held only at Prayag.

It is believed that these are the places where Amrit (nectar) was dropped when Suras (Gods) were carrying the pitcher (Kumbha) full of nectar after the churning of the sea (Samudra Manthana). Mauni Amabasya is considered to be the holiest occasion to take bath in the Kumbh Mela. 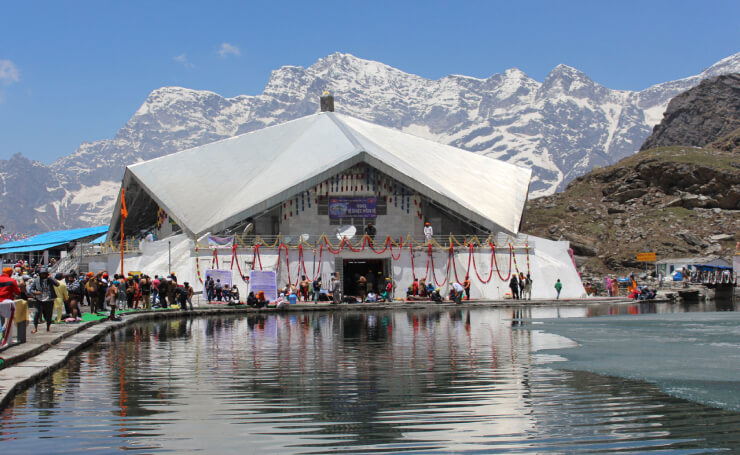 The only one of its kind in India, Hemkund Sahib Pilgrimage tour is made by the devoted Sikhs of the world. The Yatra is associated with a famous Gurudwara of the world called Hemkund Sahib which is known to be the highest Gurudwara in the world. It is located in the Indian state of Uttarakhand in the lap of Himalaya where a crystal-clear lake enhances its enigmatic aura.

This divine pilgrimage site remains open only for four months of the year and can be accessed from Joshimath or Govindaghat by trekking. The Gurudwara is dedicated to the 10th Sikh Guru, Guru Govind Singh Ji. It is believed that Guru Govind Singh Ji sat on meditation here and was united with the divine entity after which he left his human form. 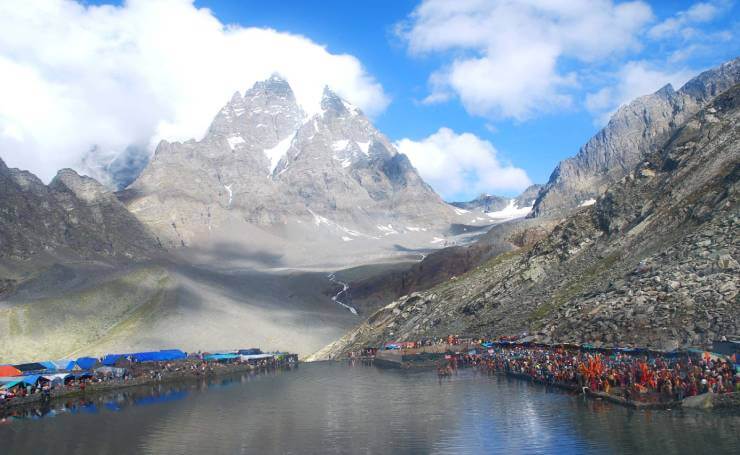 Nestled amidst untouched natural beauty of the enigmatic lap of Himalaya, Mani Mahesh Yatra is associated with the spiritual significance of Manimahesh Lake (Dal Lake) situated in the Chamba District of Himachal Pradesh. An ideal destination of blissful spiritual travelling in India, this pilgrimage tour takes the travellers through some of the most scenic trails of Himalaya. Mahesh means Lord Shiva and Mani means jewel so it is said that the rays of the moon found at Shiva’s crown reflects on the water of this lake.

Manimahesh is considered to be the abode of Tridev i.e., Lord Shiva, Lord Vishnu and Lord Brahma. Dhancho is a place on the way to Manimahesh, where pilgrims spend a night during their pilgrimage to Manimahesh. It is said that when Shiva blessed Bhasmasura with the power of burning anyone whom he will touch, Bhasmasura wanted to kill Shiva itself.

As a result, Shiva started to look for shelters to save him and finally he concealed himself in a cave under Dhancho Waterfall. Bhasmasura could not cross the waterfall and Vishnu impressing him with his Mohini rupa (impressive damsel form) killed Bhasmasura near Dhancho Waterfall. A motorable route goes till Hadsar from where pilgrims need to climb 13km upwards on foot to reach at the Manimahesh Lake. 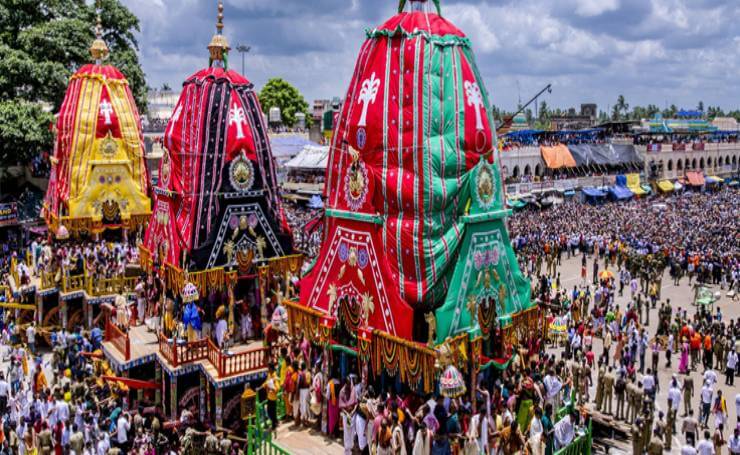 Ratha Yatra (drawing the chariot of Hindu deities) is a common event in India, but when we talk about the Rath Yatra of Puri (chariot pulling ceremony) then it becomes a gathering of millions. One of the most sought-after Spiritual Centres in India, Puri in Odisha is the starting point of this festival. The festival takes place in the Hindu month of Ashada (July) on the second day of the new moon when the three deities of the temple namely Jagannath, Balabhadra and Subhadra are taken out of the main temple for a procession which ends at Gundicha Temple.

The gigantic chariots are adorned stunningly with bright colourful clothes, woods and decorative elements and designed in temple like structure. The main priests of Puri Temples also ride on these chariots and play hundreds of musical instruments. The three chariots are drawn by thousands of devotees together. After a week’s stay at Gundicha, the three deities are taken back to the main temple. The chariot festival of coming back is known as Bahuda Jatra. While coming back to the temple, they visit their aunt’s abode which is known as Mausi Maa Temple.

It is believed that people having a glimpse of Jagannath Prabhu during Ratha Yatra or touching the rope of the chariot gain the fortune of many pious deeds. However, those who can have a glimpse of the deities in Gundicha derive the benefits of Ashwamedha Yagna. 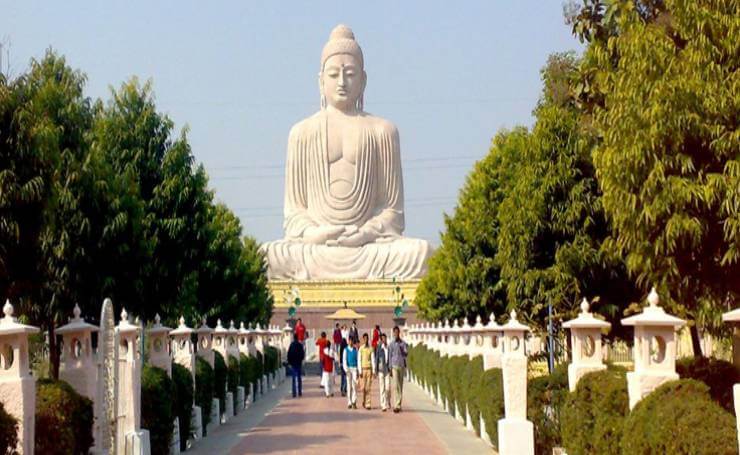 A religion which is born in India and reached the different corners of the globe with its humble approach and the teachings of Non-Violence, Buddhism constitutes a major part of the Spiritual Retreats to India. From Sarnath to Bodhgaya and Kalinga to Nalanda, every pilgrimage site is full of cherishable Buddhist Remarks which one would love to have a glimpse at least once in his/her lifetime.

The actual Buddhist circuit tour is centred on four most significant spiritual holidays & meditation retreats of Buddhism called Lumbini in southern Nepal where Buddha was born; Bodhgaya in Bihar where Buddha achieved the enlightenment; Sarnath in Varanasi where Buddha delivered his first sermon and Kushinagar in Uttar Pradesh where Buddha left this earthly home to unite with the Supreme Being. 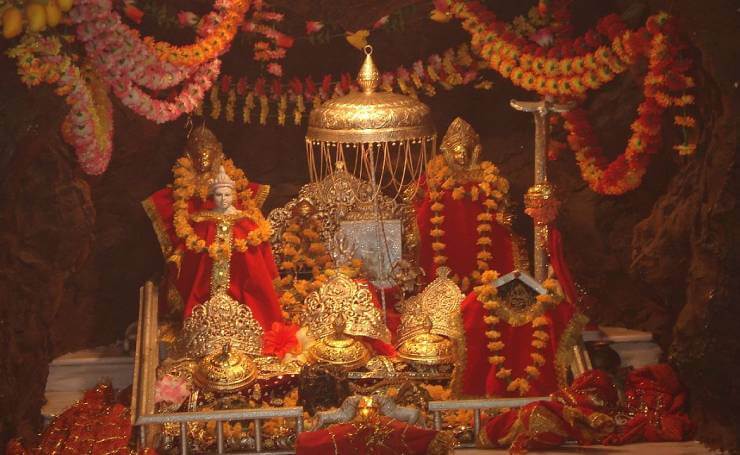 Whether it is the hilly and snowy terrains of Jammu and Kashmir or the colourful land of Saharanpur, the abode of Matarani (Goddess Durga) is always full of bliss. And embarking on a journey to visit her earthly abodes is always a deed of hundred righteous activities. Goddess Durga has uncountable forms and incarnations but most of the devotees consider her 9 forms as the most common identities and to see her nine forms Nau (Nine) Devi Yatra is made.