Uttarakhand is of great spiritual value to Hindu devotees. Lofty Himalayan peaks on all the sides gives it a divine aura. The blissful state of Uttarakhand incorporates the sacred shrines of Yamunotri, Gangotri, Badrinath and Kedarnath, known as Chota Char Dham.

Chota Char Dham is the most highlighted spiritual tour in the Uttarakhand Himalayas. These shrines are the crowning glory of lofty Himalayan peaks and the heart of Uttarakhand Tourism.

On the other hand Lord Badrinath (Vishnu) blesses the pilgrims in the form of a sacred shrine of Badrinath. The bliss of soul-searching ends in the serene shrine of Lord Kedarnath which is dedicated to Lord Shiva.

The grandeur and history of these sacred shrines has been luring devotees for ages. There is a long and affluent history added to all the four shrines.

The History of Badrinath 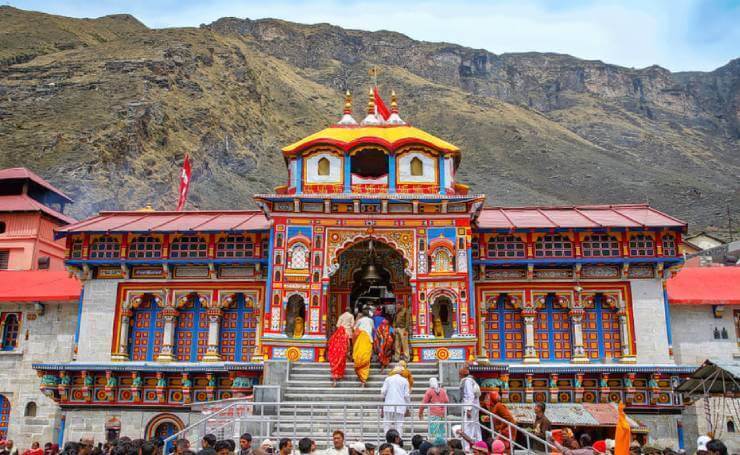 Nestled among the Himalayan range of Chamoli district is the Badrinath Temple, set right at the shore of Alaknanda River. This pious shrine was established by Adi Guru Shankaracharya in 8th century to offer new life and meaning to Hinduism. As per the myths, it was ppreviouly a residence of Goddess Parvati and Lord Shiva. Later on, Lord Vishnu made Badrinath as his own abode.

The History of Kedarnath 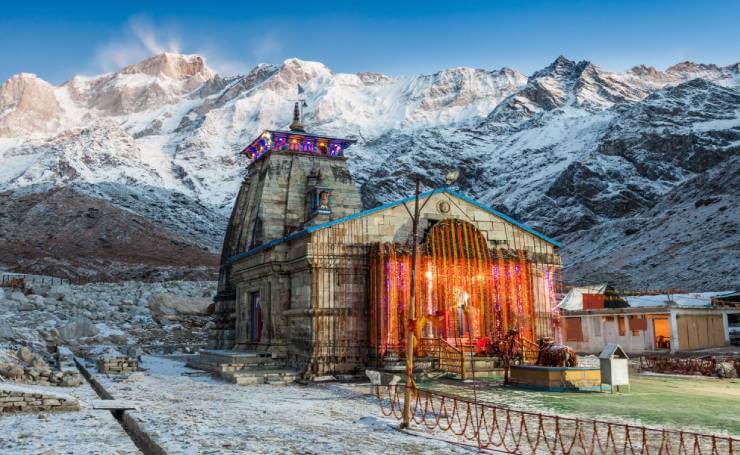 Set at the bank of sacred Mandakini River, Kedarnath Temple is one of the 12 jyotirlingas of Lord Shiva. In Garhwal Himalayas of Uttarakhand, this shrine remains open between the Akshay Tritiya to Kartik Purnima.

Devotees pay homage to Lord Shiva as the Lord of Kedar Khand, which was once the name of this region. It is said that this structure was edified by Adi Shankaracharya in 8th century.

As per the legends, after the battle of Mahabharata, Pandava arrived to Guptkashi in the region of Kedar Khand in order to get the blessings of Lord Shiva and to wash away their sins of killing their own relatives.

However, Lord Shiva did not want appeared in front of them and thus he transformed himself into a bull and hide himself in group of cattle and started grazing. Bhima identified him. While the cattle was returning to their habitats, Bhima stood by stretching leg over two boulders and made allow cattle to pass under his legs.

Lord Shiva tried to escape and started merging himself in to the earth. Only the hump was caught by Bhima. On this, Lord Shiva became happy and appeared in front of Pandavas. Therefore, the hump of bull is revered at Kedarnath.

The History of Gangotri 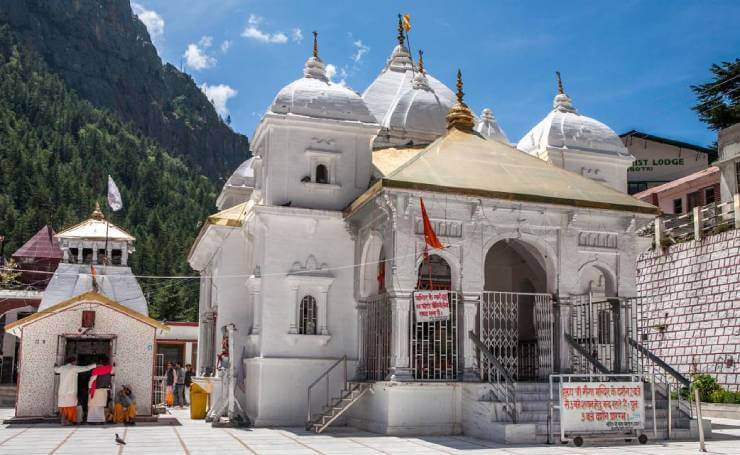 The consecrated shrine is dedicated to holy Ganges. It is believed that the river washes all the sins and makes the souls of devotees pious. It is the way to salvation.

On Bhagirath Shila, which is positioned near temple, it is said that King Bhagirath performed penance to please Goddess Ganga and make her agree to come on earth from heaven.

To reduce the shattering pace of Ganges while it was coming to earth, Lord Shiva took the stream in His matted hair. There is a submerged Shivlinga where it is said that Lord Shiva sat to receive the stream.

The History of Yamunotri 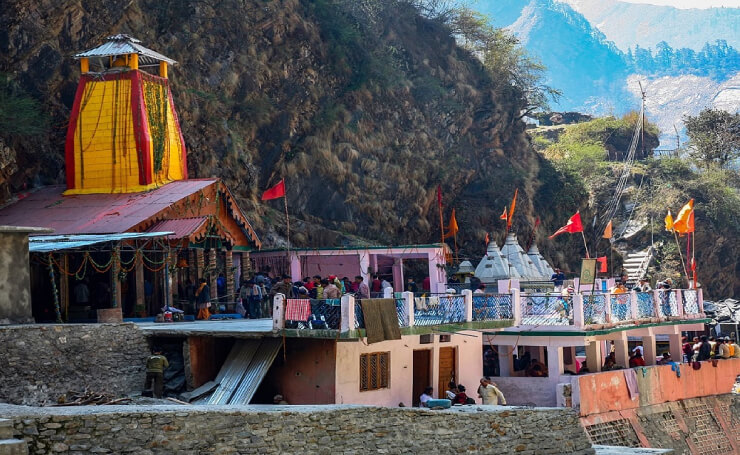 Yamunotri is the source of sacred Yamuna River. It is positioned in Uttarkashi District and lies at the elevation of about 3293 meters. It is famous for thermal springs found there.

The actual source of the river is a frozen lake and glacier positioned at the Kalin Mountain at an elevation about of 4421 meters. The shrine is termed highly consecrated and it is said that the sins of the devotee wash away through visiting this shrine. There is a trek incorporated to reach this place.

The legends say that that the sage Asit Muni used to reside here. He bathed daily all his life in Yamuna and Ganga. In his old age, he was unable to go Gangotri and thus for him, a stream of Ganga appeared opposite the stream of Yamunotri.

The daughter of Sun God, Yamuna is believed to be the mother of humans, offering them the nourishment. Tehri Naresh Sudarshan Shah built the Yamunotri Temple in 1839. However, the temple was damaged severely due to an earthquake and Maharani Gularia of Jaipur reconstructed this temple in late 19th century.

The Surya Kund, which is a hot water spring situated near Divyashila, was presented by God Surya to his daughter. Pilgrims take sacred bath in Taptakund and cook potato and rice in Suryakund as well.

Pay a visit to Chota Chardham in Uttarakhand and get your soul drenched in spirituality and calmness.