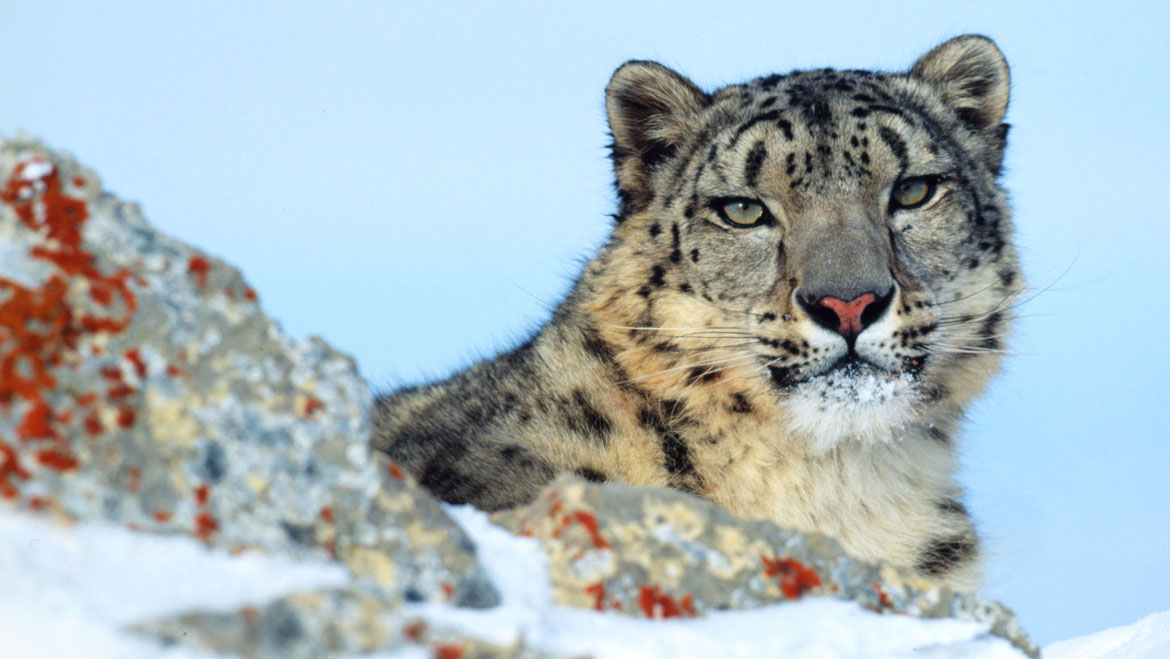 According to World Wildlife Federation (WWF) India, there are only 450-500 snow leopards in the country. Also known as the ‘Grey Ghost’ this endagered species can be found in the western Himalayan states of Uttarakhand, Himachal Pradesh, Jammu & Kashmir, Sikkim and Arunachal Pradesh. They are found at elevations between 3000-5000 metres or higher in the Himalayas and are strikingly beautiful animals. Although there sighting is rare but the wildlife lovers do not lose hope and in order to get mere glimpse of this beautiful animal they wander in the wilderness of Indian Himalayan. If you are amongst these enthusiasts who often dream to catch the sight of this majestic feline species, given below are the best places to sight the snow leopard in India.

The Hemis National Park is a high altitude wildlife reserve that extends over 600 sq km. The park is named after the famous monastery, Hemis Gompa. The wildlife reserve is situated on the west bank of the Indus River and comprises the catchments of Markha, Rumbak and Sumdah valleys. Its Rumbak Valley area is quite famous for the sighting of snow leopards in the entire Ladakh region. Special treks are organized in the winter to catch the glimpse of this endangered species. The other zones of the park are also famous for inhabitation of some rare species like the bharal. 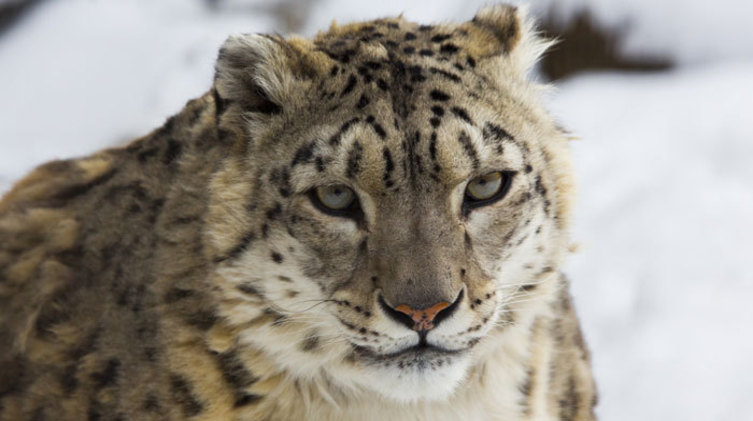 It is said that Kumaon hills are the home of many wildlife species in the country. The better half of the Garhwal region, Kumaon is also reckoned the home of rare species like snow leopards. It is said that a decent amount of 10% of the entire population of this endangered species can be found in Uttarakhand. And the Kumaon hills above the scenic Munsyari are inhabited by a few of these snow leopards. One can opt for a snow leopard trek here in winter to be able to sight these beautiful big cats. 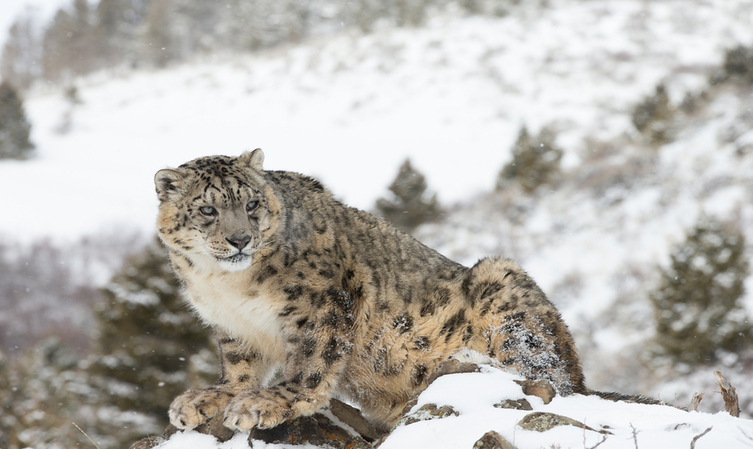 The Great Himalayan National Park is recognised as a world heritage site by UNESCO. The diversity of the park is what makes it unique in all senses. Apart from being the home of many Himalayan species of flora and fauna, the wildlife reserve is a shelter of snow leopards that are believed to inhabit the highest area of the park above the tree-line. This endangered species prefer steep, rugged terrains with rocky outcrops and ravines along with isolation, thus the upper part of the national park makes an ideal destination for them to live.

Situated in the Lahaul and Spiti district of Himachal Pradesh, Pin Valley National Park is one of the safest places for snow leopards. The park is the home for more than 20 species of animals and birds, including the endangered Snow leopard. It is believed that there are about 12 snow leopards in the park and can be best sighted during the winter season when they migrate in the lower areas for finding food and water. 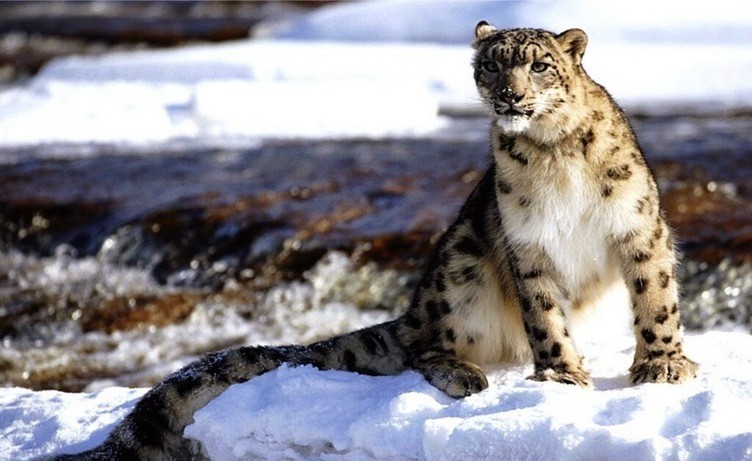 In December 2013, the first sighting was done of the snow leopard in Gangotri National Park. Ever since, the park has become a decent place to sight snow leopard in Uttarakhand. Covering an area of 2390 sq km, the park is reckoned to be an important link between Govind Pashu Vihar National Park and Kedarnath National Park. Apart from snow leopards, the wildlife sanctuary is home to species like Blue sheep, Black bear, Tiger, Brown bear, Himalayan thar and Musk deer. 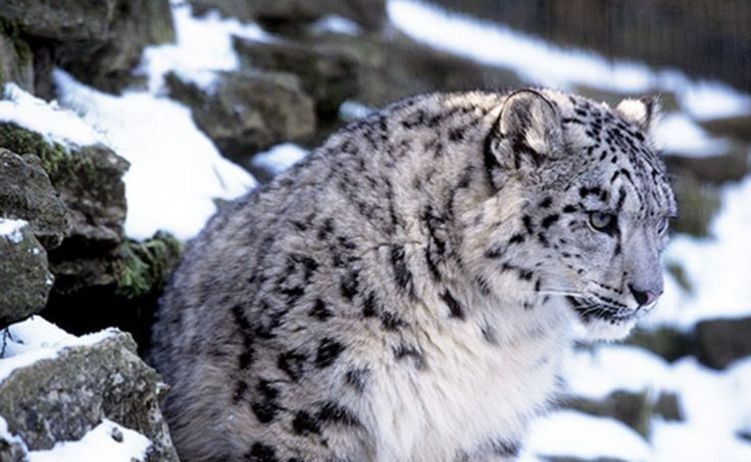 Govind Pashu Vihar in the upper Garhwal region of Uttarakhand is yet another place that shelters the endangered species of snow leopard. The park is spread in an area of about 472.08 sq km and is said to be established with purpose to provide protection to slowly eloping species of snow leaopard that resided in the upper reaches of the Park at altitudes above 3500 metres. The park is also one of the remaining strongholds in the Himalayas of the bearded vulture, which is a vital ecological catalyst. Apart from this, Govind Pashu Vihar is also home to rare bird species like Monal Pheasant, Koklas Pheasant, Bearded Vulture, Himalayan Snow fowl, Golden Eagle, Western Tragopan, Steppe Eagle and Black Eagle. 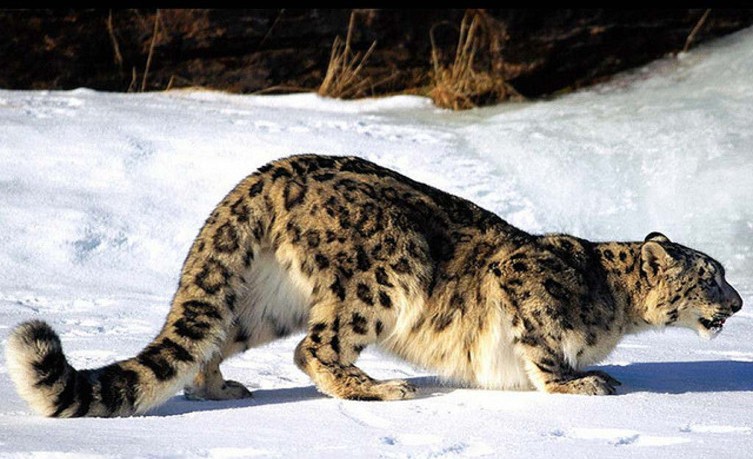 The famed Nanda Devi National Park in Uttarakhand is richly diverse area and is home to rare and endangered animals, including the Asiatic black bear, brown bear, blue sheep and snow leopard. The park is also known as the abode of 7817m tall Nanda Devi Peak. The Valley of Flowers National Park is contiguous to Nanda Devi and makes for one of the best places to go trekking, wildlife sighting and snow leopard spotting in India. 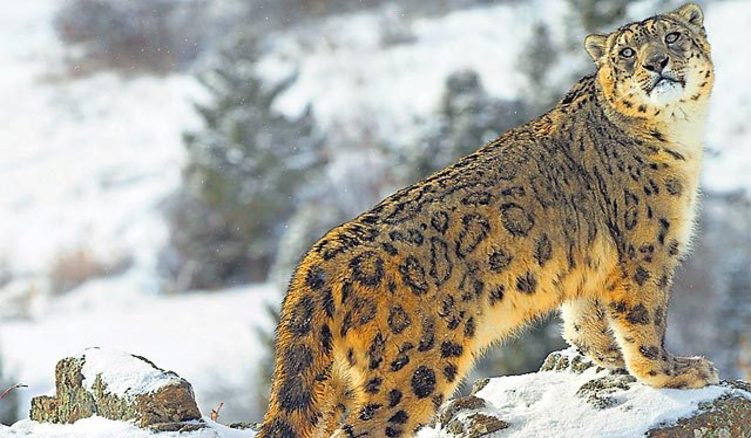 Also known as the Kanchenjunga Biosphere Reserve, this wildlife destination in Sikkim is also a home to snow leopards in India. Spread in an area of about 850 sq km, Khangchendzonga National Park extends from the cold deserts of Lhonak Valley and the ridges of Lachen to the historical place at Yuksom in North Sikkim. Its upper realm makes for a decent home for snow leopards who are sighted someday or the other. 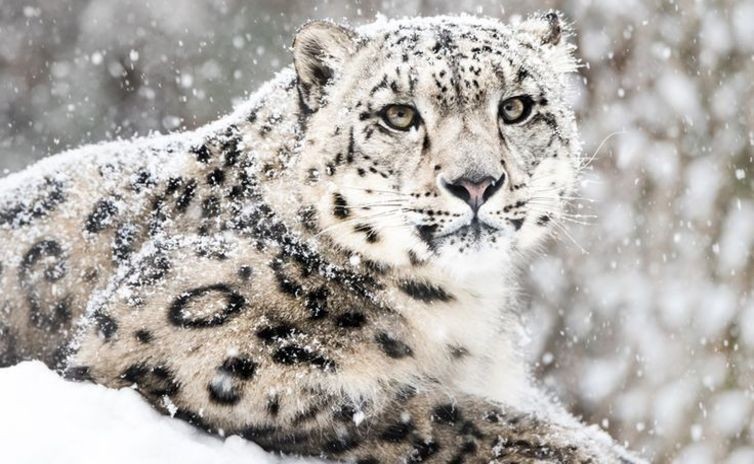 Namdapha is probably the only park in the world to have the four feline species, namely the Tiger, Leopard, Snow Leopard and Clouded Leopard in one place. Namdapha covers an area of 1985.23 sq kms and have diverse flora and fauna. It lies in the international border between India and Myanmar (Burma) within Changlang District in the state of Arunachal Pradesh. Winter is an ideal time to catch the glimpse of snow leopards in Namdapha, covered in snow then, the park gives a good opportunity to spot these ‘grey ghosts of the forests’. 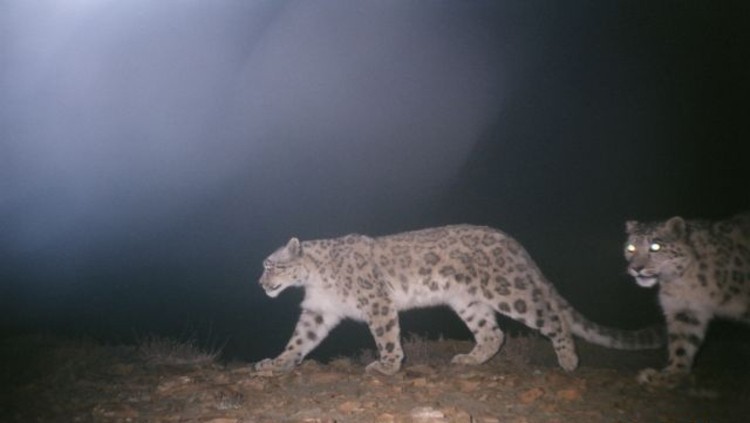 Sighting one of these cats is nothing but a magical experience. If you have made up your mind on spotting snow leopards once in your lifetime, then let Tour My India help you. We offer wildlife holiday tours that you cannot resist. With our expertise, we cater to all your needs and indeed offer an experience unlike any other. You can reach us at +91-9212553109 or drop us an email at info@tourmyindia.com for more on our lucrative India tour packages that are designed for your pocket.