The Indian Himalayas are home to unique flora & fauna inhabiting its lush forests and alpine national parks which means a trekking experience here is also an opportunity to sight animals ranging from snow leopards to lammergeier to ibex. Tour My India brings you the best treks in the Indian Himalayas that offer the chance to explore the rich flora & fauna of the Himalayas; understand its importance; realize the value of conservation; and relish the unsurpassed beauty and adventure amidst the wonderful wilderness. 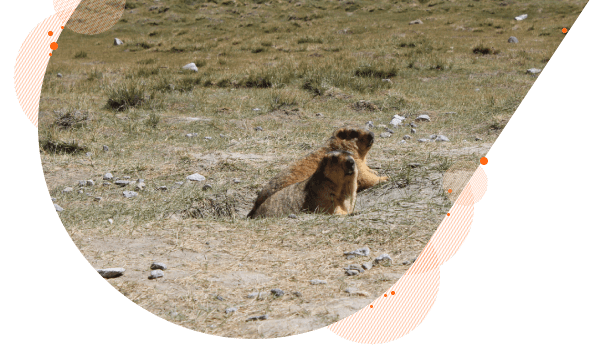 Discover the Best Wildlife Treks in the Indian Himalayas

Other Popular Adventure in India

Q.  What are the best wildlife trekking trails in India?

Q.Which treks are best for sighting the Snow Leopard in the Himalayas?

Yes, for spotting snow leopards, Govind Pashu Vihar, Nanda Devi Sanctuary, and Hemis National Park are some of the best treks in India.

Q. Is birdwatching possible while trekking in the Indian Himalayas?

Yes, there are many places in the Indian Himalayas like Chopta in Uttarakhand, Varsey Sanctuary in Sikkim, Great Himlayan National Park in Himachal Pradesh, and Hemis National Park in Ladakh that offer a great opportunity of birdwatching while trekking.

Q. Are wildlife treks safe in the Indian Himalayas?

We have a well-trained and expert team that ensures your safety throughout the trek. They assist in choosing the right trail and even camp at the safer places while trekking.

Q. Is permission required to trek in the national parks in the India Himalayas?

Yes, trekking in any of the national parks in the Indian Himalayas requires permission. Most of the alpine national parks require a permit from the forest department and the local authority as well. 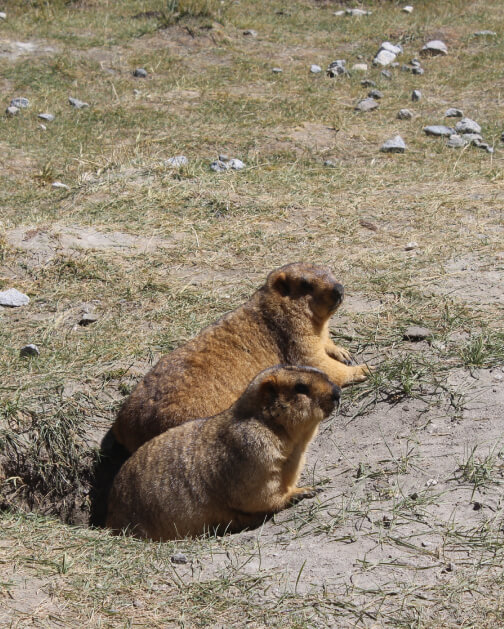 Wildlife enthusiasts have yet another reason to trek in the Indian Himalayas, as it is replete with a rich fauna & flora that is worth exploring. Fortunately, many treks in the Indian Himalayas have trails that cross through lush forests and sanctuaries that are home to a variety of wildlife. States such as Ladakh, Himachal Pradesh, Uttarakhand, and Sikkim offer an enthralling wildlife spotting experience on their several treks.

A challenging and great wildlife trek in Uttarakhand is Gangotri National Park which is known for its adventurous trail, picturesque route, and a variety of Himalayan flora & fauna and a population of snow leopards. Nanda Devi Sanctuary in the state is also home to a number of snow leopards.  Kedarnath Sanctuary (Chopta Valley) in the Garhwal Himalayas offers an opportunity to sight many animals but is primarily known for its birdwatching opportunity.

In Himachal Pradesh, Pin Valley National Park located close to the Spiti river and the UNESCO recognized Great Himalayan National Park offer wildlife enthusiasts a chance to witness a large variety of alpine Himalayan flora & fauna. In Ladakh, India’s largest national park by area is situated. Hemis National Park is home to some rare and some exotic animal and bird species that are worth seeing. It is also home to the majestic Snow Leopard which can be spotted here during a trek.

The northeastern Himalayan state of Sikkim known for its incredible natural beauty and adventurous trails is also a great destination for enjoying sighting of native flora & fauna. Singalila National Park, Varsey Rhododendron Sanctuary, Kanchenjunga National Park, and Singba Rhododendron Sanctuary are the top treks in Sikkim that offer the chance to spot animals like red pandas and a wide variety of wildlife.