India Delights as 22 Gharials Survive from the Edge of Extinction

India Delights as 22 Gharials Survive from the Edge of Extinction

The citizens of India wake up to the good news of 22 Indian gharials safely swimming their way through to the beas river. These gharials were set free from the Chhatbir Zoo, Punjab which is one of the places the gharials are kept in India, kicking aside the extinct category they are always classified into. These gharials along with many more are liberated in the beas under the gharial reintroduction project which with the great efforts of BC Choudhary, Global Crocodilian Expert, and Neeraj Gupta, his student seems to be a successful step towards the restoration of these almost extinct species. From 2015, the expert along with his student have been working hard on this initiative while he was posted at Harike as District Forest Officer (wildlife) and later some time as the DFO (Wildlife, headquarters).

With due permission from the higher authorities, the Wildlife Preservation Department of Punjab had the liberty to release 50 gharials in the Harike-Beas System. The gharials were set free in three batches in River beas and supposedly were the first sign of positive response to the 1975 initiative by Government of India, Project Crocodile. Batches were as follows- 10 on 25 December, 15 on 31 January and the last batch of 22 on 14 March. The authorities are happy to release 47 gharials in Beas after 6 decades of the extinction of the species in Punjab which completes the first phase of the reintroduction initiative. After achieving success in the first phase, the Punjab wildlife authorities are counting upon the representative that will be sent by the Union Ministry of Environment who will give his feedback on the project once the reports are sent. Followed by a positive response, the authorities will release the next batch of gharials post monsoon in 2018 itself. 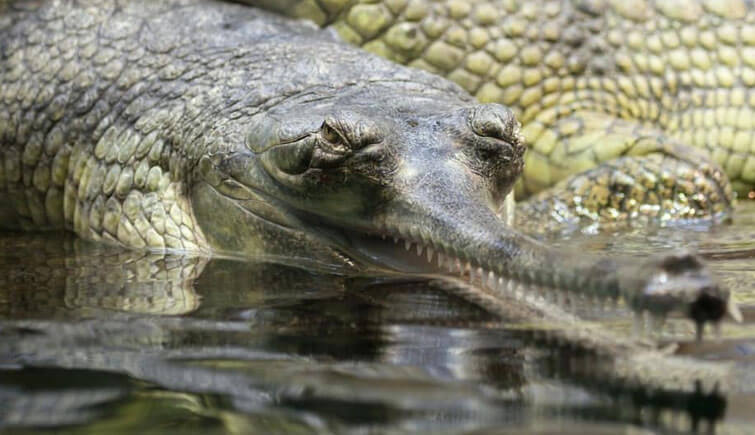 To make differentiation easy, the gharials from this batch had an individual identification bright yellow silicon tag on their tales, which is called scut marking. Apparently, the yellow tags symbolize the vibrant aspect of Spring and its warmth. Set off from the Chhatbir Zoo, Punjab, the latest batch of the cold-blooded gharials took just one hour to reach the island near Wazir Bhullar village as compared to the last batch that was let loose in the winter season taking 3-4 hours to reach. The latest batch included a number of 18 female gharials and 4 male gharials.