Global Map to Help Out Conservators Plan a Conservation Framework

In a report published in the international journal PLOS Biology and Daily Mail, a map was released which depicted the hotspots and cool spots for wildlife all across the globe. The map which featured all the countries and eco-zones is supposed to help conservationists in figuring out a way to conserve the endangered species. The map highlighted the areas which had faced the highest consequences of wildlife loss and it also marked the areas which are still safer for wildlife.

Wildlife conservation is the need of the hour as the animal population has witnessed a decrease of 83%, with many species already extinct and many more on the verge of it. However, the conservation programmes are always challenged by the lack of data on animal distribution. This mapping is aimed at helping out conservationists figure out the hotspots.

What Does the Map Tell Us?

The areas were divided into two parts – cool parts (which had no immediate threat) and hotspot (which faces immediate wildlife loss). The map shows that the risk of wildlife habitat increases as we move down south. For the mapping, researchers mapped a total of 5,457 species including birds and animals. The result showed a subtle colour gradient as we move from North to South. The Southern hemisphere, mainly Australia was marked the hottest on the map, meaning that numerous species here face the risk of losing habitat.

The cool spots were mainly marked in Amazon rainforest, Andes Mountains, the tundra and boreal forests of Russia and North America.

With only 150 GIBs, India is Slowly Losing one of its Beautiful Birds 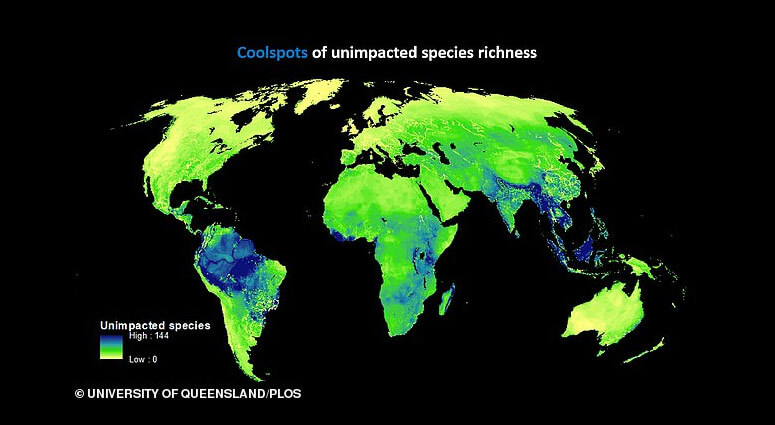 The scientists from all across the globe marked 5,457 species out of which 2,060 were identified as amphibians, 2,120 birds, and 1,277 mammals. The recent studies have suggested that humans have directly or indirectly killed more than 84% population of amphibians. Species of animals like Elephants, Rhinos and Lions have faced a serious threat of extinction because of human intervention.

Professor James Allan of the University of Queensland, who led the project said that we can witness that nearly a quarter of the species that were assessed in the project face danger across nearly 90 per cent of their distribution. He also added that the fact which is most disturbing is that out of the total, at least 395 species are impacted throughout their natural habitat and it very likely that they face extinction if no immediate action is taken to preserve them or remove the threat.

Another Professor of the University of Queensland, Professor James Watson, while discussing the map said that it is quite obvious that the vast majority of these species that are not yet extinct will cease to exist in the near future if there is no immediate conservation plan. While giving us a ray of hope, he further added that we still have time to improve and adjust to a better situation, but for that to happen we need to use this results to focus on saving those biospheres that serve as a haven for these endangered species.

Professor Watson alongside his team believes that the framework presented in the research can be used by countries all across the world who are trying to meet the ambitious target of developments, including UN Sustainable Development Goals.

What Led to Such a Global Crisis? 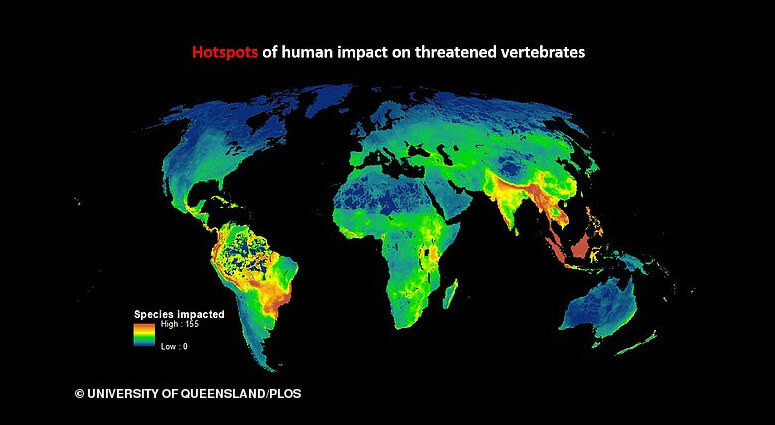 The one question which arises after seeing such global damage is that how did it lead to this? The answer to that question is very complex at the same time, it is much simpler. The biggest reason for habitat loss and wildlife loss points to human intervention. From poaching to the developmental project, every step humanity took towards developing a better future, always resulted in deaths of animals. It appears crude but letâs discuss in detail to understand how it led to this.

Poaching – While humans expanded and discovered new territory, it was also fascinated by the local flora and fauna. Asiatic Lions were famous for their prowess, while majestic one-horned Indian Rhinos were believed to be aphrodisiac. This fascination eventually turned into a quest to prove dominance. Animals were hunted for sports. As science developed, many animals faced death to be used as medicines to cure diseases or serve humanity. Poaching has been the biggest threat to the animal population to this day. Animals skins and bones and other body part fetch a good price in black markets, hence many animals are killed to earn money.

Loss of Habitat because of human intervention – Humans have posed a constant threat to the natural habitat of wild animals. In our quest of development, humans ventured into the natural habitats that housed wild animals. Many reports indicate that a major chunk of forest cover has been lost to development projects. Loss of wild habitat, directly and indirectly, leads to animals death. Not just animals, this also causes harm to flora species. Construction of dams on rivers has been one such controversial projects. It is said that a dam causes damage to fishes, animals and forest covers in the nearby regions.

Humans have also ventured into the natural habitats of animals in order to expand land for vegetation. The increase in human population is followed by a rising demand for food. This is result means that more land is required for farming to meet the demand. This has also proven to be one of the major reasons for wildlife depletion and loss of ecosystem.

Depletion of Ecosystem – One factor which goes unnoticed is the loss of eco-system because of direct human intervention. Mining and construction of dams are often controversial because of this one factor. Mining projects often result in loss of eco-system in the nearby areas. Many studies conducted in this field has concluded that mining causes damage to the eco-system, affecting both animals and plants.

Reasons Why We Need to Protect Wildlife

What Needs to be Done?

The report which was published in the international journal PLOS Biology raised serious concerns about protecting our eco-system. While the report pointed out the areas under hot spots and cool spots, it also provided a framework for conservation programmes. While you can read that, letâs talk some step that can be taken to preserve our ecosystem.

Ensuring That No Further Cases of Poaching Emerge

Although the cases of poaching have declined because of global unity in fighting against hunting, there are still cases of poaching arising from various countries. Poaching has been a constant threat to endangered animals and if we ensure that strict laws are implemented with a better conviction rate, we can save many animals. 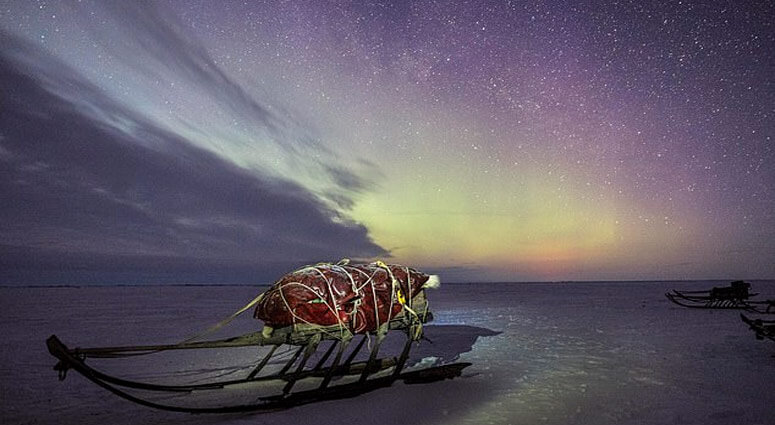 While humanity craves and needs to develop, it should be done at the cost of harming the ecosystem. Future developmental projects should be initiated keeping a check on the presence of wildlife in the nearby areas.

A Proper Study Should be Conducted

While there are several conservation programmes going on in every region, there needs to be data which states the presence of all the species of plants and animals present in the respective zone. It should also denote the status of those species as to if any of them are placed under the endangered category.

Creating artificial corridor can help ensure that wildlife habitats are ensured. The artificial corridors and wildlife reserves provide a natural habitat to the endangered species of flora and fauna. Attempts are being made to ensure a sustainable environment in the zoo area. This has proven to bear a positive result across various countries.

Spreading Awareness Amongst the Local Population

Conservation programmes depend heavily on the cooperation of the locals and there is an immediate need to spread awareness amongst the locals. The authorities need to educate the locals as to how destroying the ecosystem can cause damage to their own lives too.

How Can You Contribute to the Cause?

If humanity is to thrive, the ecosystem needs to thrive too. I hope this recent mapping paves way for better conservation framework all across the globe.