With only 150 GIBs, India is Slowly Losing one of its Beautiful Birds 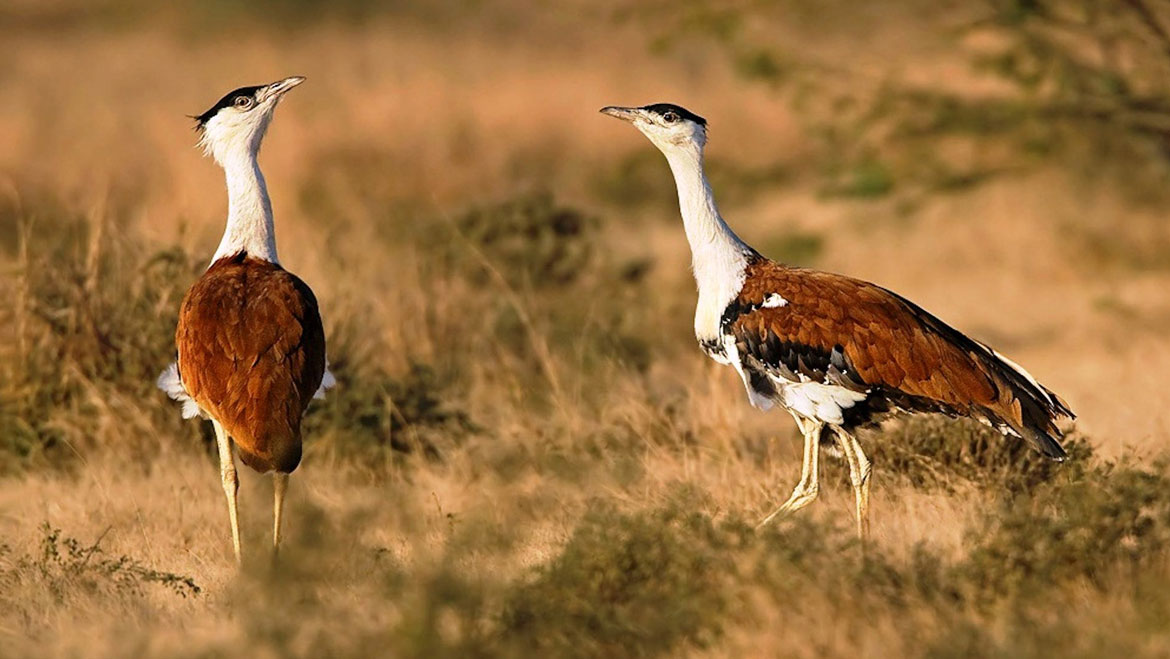 The recent condition of the Great Indian Bustard is now witnessing a worse situation where this beautiful bird’s population is amounted to be around 150 in India. Once considered as the national bird of India, the Great Indian Bustard is dying slowly. The threats majorly include the dogs who hunt them or the live wires which pass by their habitats or the quickly reducing grasslands. According to the Wildlife Institute of India (WII), only 150 of these prevail in the nation. This survey revealed that in Thar, Jaisalmer, the total count of the GIB is 120 whereas in Maharashtra and Karnataka the count is just 22.

Serious measures are required to be taken and in the agreement of this statement, WII’s scientist, Sutirtha Dutta said that India is left with just 150 GIBs today. She further mentioned that there is a need to start conservation programs by collecting eggs, hatching them in captivating, rearing them up to a certain stage and releasing them back in the wild. She also mentioned that in the 1970s the count of these magnificent birds was somewhere between 1200 and 1500 whereas in 2011 the estimate unimaginably came down to be around 250 and the major reason for such decline is the presence of live wires in their neighbourhood and the rapidly reducing grasslands. Agreeing to the current situation and the obvious facts of the decline, former director of Bombay Natural History Society, Asad Rahmani said that earlier the presence of GIBs was found from Punjab in the north to Tamil Nadu in the south. He further mentioned that the species need vast grasslands to survive but their habitat has reduced to barely a few kilometers now due to urbanisation.

International Union for Conservation of Nature (IUCN) in 2013 added the GIB to the list of critically endangered species. At that time the international organisation’s report mentioned the absence of a proper land distribution policy as well as the encroachment of land in and around Bustard sanctuaries of Maharashtra and Kutch.