Oblivious to Many: India has a Private Wildlife Sanctuary and It’s Free to Visit

On a usual day in 1991, an NRI couple – Dr A.K Malhotra and Pamela Malhotra bought 55 acres land in Kodagu. The land belonged to farmers who had abandoned their lands because of poor harvest. The couple bought the land and changed it into something nobody expected – a private wildlife sanctuary.

Background of the Couple 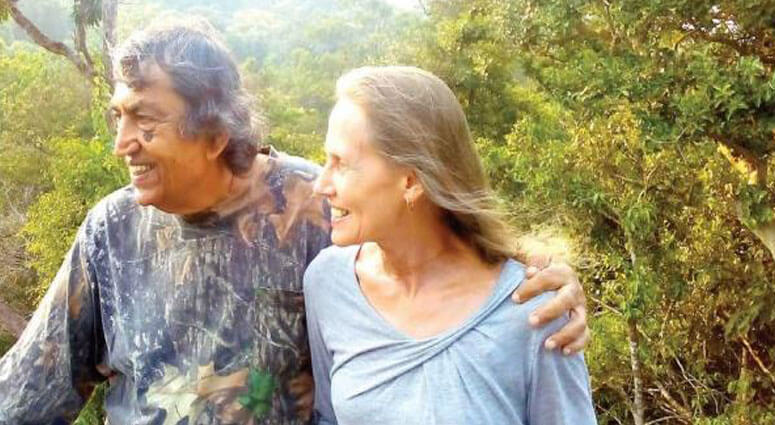 Dr Malhotra and his wife are nature lovers and growing up amidst nature made them concerned about the shrinking wildlife habitat in the country. Dr Malhotra did his schooling from the Don School in Dehradun before graduating from St. Xavierâs College in Mumbai and he holds a degree in Law. He is qualified through the London Institute of bankers and hold a doctorate in Political Science which he studied completely in Germany in Hamburg University Germany. Pamela Malhotra comes from a medical background with her working in Johnson and Johnsonâs pharmaceutical division for years. Dr Malhotra and Pamela donât have a child, which they decided early in their married life. Yet they believe that in the current scenario it would have been very hard for them to raise their children closer to nature. They hope to provide a clean natural environment for the future generation.

How the Private Wildlife Sanctuary Began?

Upon returning back to India in the â90s, they hoped to open a wildlife sanctuary amidst the comforts of nature. Their first attempt was to open a wildlife sanctuary in the Himalayas but because of legal guidelines restricting the total acquired area to 12 acres, they had to consider other options. That is when they decided to explore the area surrounding Kodagu in Karnataka. According to them, the land was a micro hotspot of biodiversity in the entire planet. Before they acquired the land, they realised that there were many endangered species plant already present in abundance and they knew they had to do something to ensure the survival of such endangered and exotic species of plants and animals. They started with 55 acres of land, which over a period of 26 years, has grown into 300 acres of natural wildlife sanctuary. One of its kind and Indiaâs first wildlife sanctuary, the SAI(Save Animal Initiative) Sanctuary has grown onto become a major hotspot for animals and plants in the Southern part of India.

“We all expect the government to do something to preserve the environment, but local NGO and like-minded people can also purchase land and contribute to the wildlife reserves.â

Doing Our Own Bit to Contribute 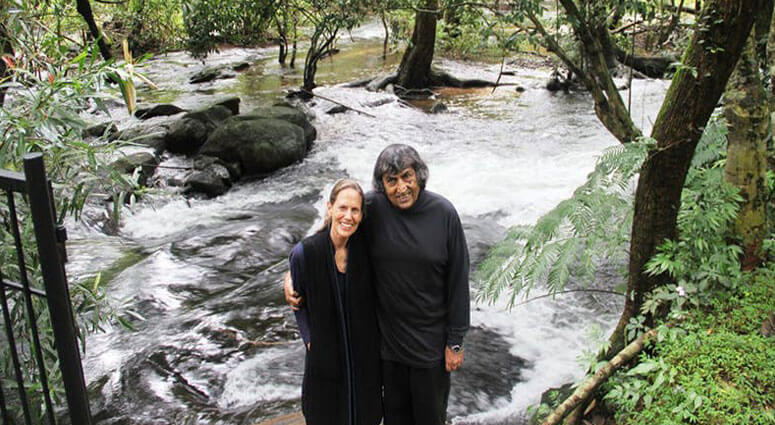 Pamela Malhotra always believed that if you wish to see a change to wildlife conservation initiative, you have to do your own bit and contribute in whatever way you can. From 55 acres to 300 acres, today the conservationist couple have shown us as to how we canât just wait for agencies to do something, rather if we are capable to contribute in such large ways, we should. When they bought the land, there were many native plants like Cardamom, which they decided not to harm or remove. Pamela says that they follow three basic rules – no chopping of trees, no human intervention and no poaching.

Since day one, they believed that itâs not animals who need forests but its the forest which needs animals for its survival. They say that while the forest provides the shelter to animals, itâs the animals who help forests to regenerate. While they talk about the three basic rules- they make sure they follow them too. Dr Malhotra said that they try to make human intervention almost negligible and even the dead trees provide nutrition to the soil. They try to make their wildlife sanctuary as natural as they can.

When they bought the land, there were acres of Cardamom plants which they decided not to harm and they grew more native plants around the plantation. Today, they cultivate coffee in 15 acres of the land and many more crops are also harvested in the sanctuary.

The growing and expanding lands have ensured that the private wildlife sanctuary is home to many migratory birds and native species like Bengal tiger, Wild boar, Elephants and many more. The private wildlife sanctuary also exhibits many medicinal plants which were believed to be endangered and possess high medicinal value. It is believed that the sanctuary is home to more than 300 species of migratory birds including the famous Hornbill.

While many of us hope to do something, Dr Malhotra and his wife have been contributing to the efforts of wildlife conservation in India. The couple has installed camera all across the reserve to observe the animal species which make the sanctuary their home. They have observed many endangered species and they hope to receive many more such species in the coming year. The couple also organises a tour inside the sanctuary but the ones going inside are filtered prior to their visit. Dr Malhotra tries to ensure that only responsible tourists are allowed inside the sanctuary. He says that he only takes those who are actually concerned about the issue of wildlife conservation. Smoking and drinking arenât allowed inside the park. The sanctuary is fully organic, with windmills and solar panels ensuring a regular supply of electricity inside the sanctuary. For security reasons, the couple doesnât allow visitors to go inside without supervision.

Initially, the couple started the wildlife sanctuary from their own savings. The land they bought in 1991 was from their own money. However, today they are registered as a Non-Profit Organisation. They receive donations, which are exempted from taxes. The wildlife sanctuary has also won the award of Wildlife & Tourism Initiative of the year given by Sanctuary Asia in the year 2014. Apart from funding and donations, the other major hurdle in their way is the constant fear of poachers. Running a continuous patrol is not possible for them hence, they aim to educate the locals surrounding the reserve about the need for wildlife conservation.

Their Contribution to the Society

Dr Malhotra and Pamela Malhotra believe that they need to create an active bridge between the wildlife sanctuary and the locals. Without the cooperation of locals, they couldnât succeed in the first place and if they wish to expand, they would hope to have support from the locals.

We hope that SAI Wildlife trust receives more support in form of donations from wildlife lovers all across the globe, so they could continue their good work.