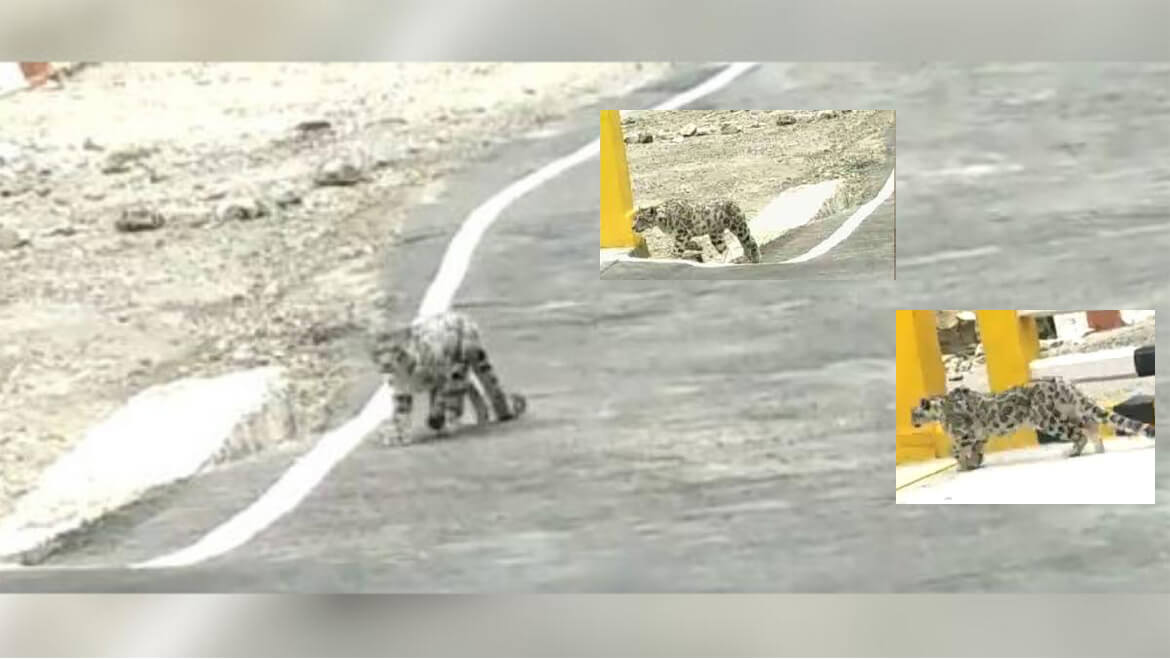 Some fairly good news came in from the alpine national park in Uttarakhand. A snow leopard was spotted crossing the road in Gangotri National Park in Nelong Valley. The rare sight of the snow leopard indicates that the conservation efforts are in place in the state, and that the population of this endangered species is on the rise. Here’s an insight into the video that went viral over the internet.

Here’s What You Need to Know:

A snow leopard was captured in the camera by Indo-Tibetan Border Police some 10 days ago in Naga tri-section point, around 10 km ahead of Nelong in Gangotri National Park at an altitude of 4000m. The footage was later shared with forest department officials.

What Do the Officials and Experts Say?

The officials who had the opportunity to see the footage before anyone else said, the sighting of the snow leopards in the daytime is rare. This endangered species is elusive and visit the lower areas in search quite infrequently to catch a prey. However, the officials do see it as an indication of the increase in the population of snow leopards.

According to a Dehradun-based Wildlife Institute of India, S Sathyakumar who has been the part of conservation projects on snow leopards across India, Gangotri National Park in Uttarakhand is the home of snow leopards. A lot of data has been collected from this region that shows that it is a natural habitat of this big cat species, and thus, it doesn’t come as a surprise that the animal was spotted here.

Things We Should Know about Snow Leopard

This big cat species is a Schedule I animal recognized by the Wildlife Protection Act of India and is listed as “endangered” by the International Union for Conservation of Nature (IUCN). Snow Leopards are found at an altitude of 3000m and above and according to an estimate based on extrapolations, India may have about 516 snow leopards. It is found in Himalayan states of Jammu and Kashmir (285), Himachal Pradesh (90), Uttarakhand (86), Arunachal Pradesh (42), and Sikkim (13).