Watch Out for These Movies During Christmas & New Year

Jingle bells, santa claus, decorated christmas trees, gifts: while these are good reasons to await the arrival of Christmas anxiously, thereâs another one. Upcoming new movies! Why is it that so many movies are released during this time? Well, for one, ticket sales see an all time high this time of the year. Itâs the holidays, and people look for more ways than one to have a great time. Movie aficionados, of course, know that the best way to do that is to keep track of movie releases on Christmas & New Year vacation. Even if you arenât one, there are some good hollywood movies releasing on X-mas week. Why a movie list of Hollywood movies though, you may think? Well, simply because they have a global fan following, and since the beginning of globalisation, have continued to win admirers the world over. With that being said, here are the new films coming out on Christmas 2019 and New Year 2020.

Films coming out this Christmas 2019 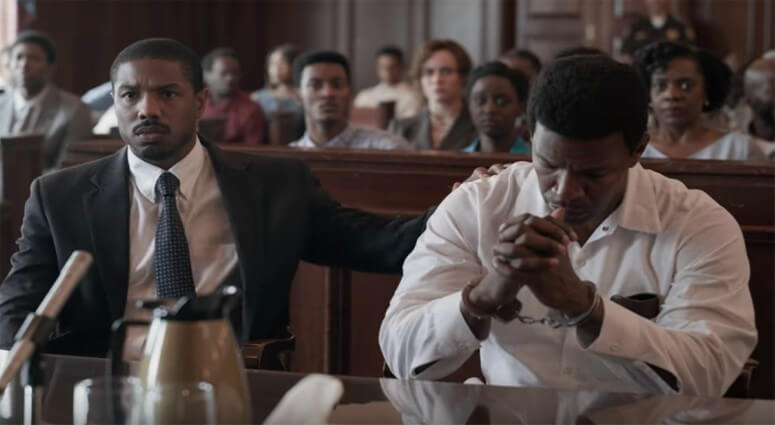 Just Mercy deals with a young African-Americanâs quest for justice. It stars Michael B. Jordan as a young lawyer travelling to Alabama to defend those who have been wrongly imprisoned and are unable to afford legal representation. Assisting him in this endeavour is Eva Ansley, a young advocate. One of those wrongly imprisoned is Walter Mcmillian, played by Jamie Foxx, who has been sentenced to death for the murder of an 18 year old girl, despite sufficient evidence proving him to be innocent. Walter gets engaged in a web of political maneuverings and faces racism as he seeks to bring justice to Walter. It gets all the more interesting because it is based on a true story, and is a must watch movie.

Amazing Christmas Decorations Ideas & Tips For Every Corner of Your House 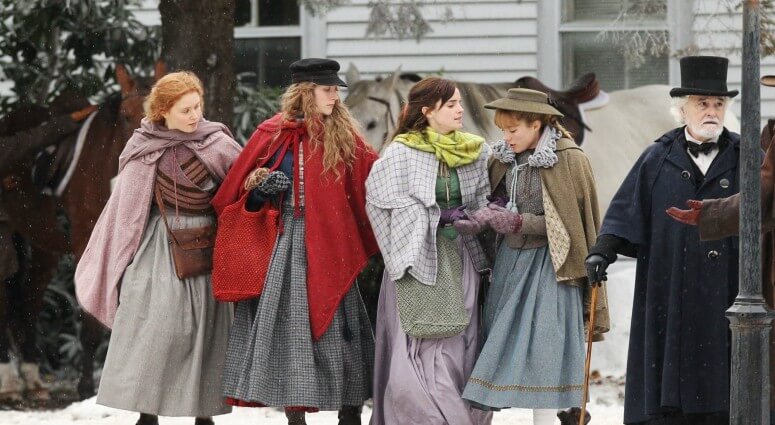 Of the many upcoming Hollywood movies, Little Women promises to be the talk of the town, and stands out because it boasts an all star cast. It stars Meryl Streep, Emma Watson, Laura Dern and Saoirse Ronan, among others. The director is Greta Gerwig, whose directorial debut, âLady Bird,â earned five nominations at the 90th Academy Awards. The trailer looks very promising. In it, we see the sisters, around whom much of the movie revolves, as sharing a very special bond. Saorise Ronan at once catches our attention as the progressive woman who is determined to go ahead despite the hurdles faced by her. The movie is an adaptation of the novel, Little Women, written by Louisa May Alcott. 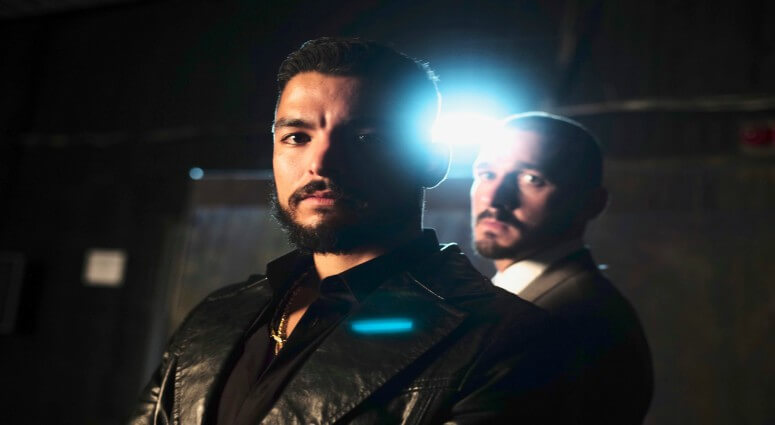 The Tax Collector promises to be one of the best films to watch for Shia LaBeouf fans. He will be seen in a completely different avatar here. The movie is directed by David Ayer, who has directed movies like Training Day, Fury and Suicise Squad in the past. The protagonist, Shia LaBeouf, plays the role of a family man who works as a gangland tax collector. He, along with his partner, make collections across the city, giving people the choice between paying up or facing consequences. However, things go fine until the return of an old threat that threatens to disrupt the life of David.

Places to Visit for International Catholic Tourists in India 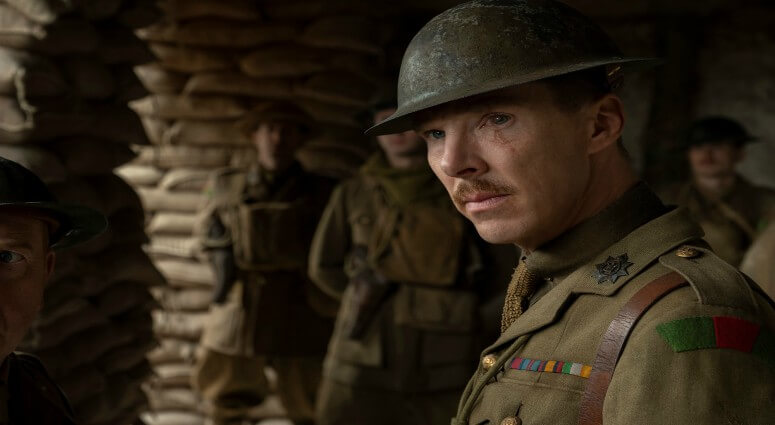 1917 is directed by Sam mendes, who has also directed movies like Skyfall, Sceptre, Revolutionary Road and American Beauty, all of which are a must watch movies. 1917 is an epic movie based on the First World War. It is a story about two soldiers, Schofield (Captain Fantasticâs George MacKay) and Blake (Dean Charles-Chapman). They are entrusted with a seemingly impossible mission, one that requires them to cross enemy territory and deliver a message which will stop the attacks. Blakeâs own brother is one of the soldiers.

Get to Know about the Amazing International Travel Destinations

Are you a Netflix subscriber and wondering if there are any new Christmas movies on Netflix? There are plenty of them, so Netflix subscribers wanting to watch the best Hollywood movies during Christmas in India can also do so easily. The great thing about this is: you can watch them anywhere, anytime!

A Christmas Prince: The Royal Baby

This is the third movie in the series âA Christmas Prince: The Royal Babyâ. A must watch Christmas movie, it is directed by John Schultz and stars Ben Lamb, Rose Maciver and Sarah Douglas. Itâs Christmas in Aldova, and everybody awaits the arrival of a new baby. Amber and Prince Richard are all set to host royals from a kingdom located in close proximity, to renew a sacred truce. Unfortunately, trouble awaits them as the treaty vanishes and peace is threatened. Christmas movies generally have that feel-good element about them, and this one is no different. 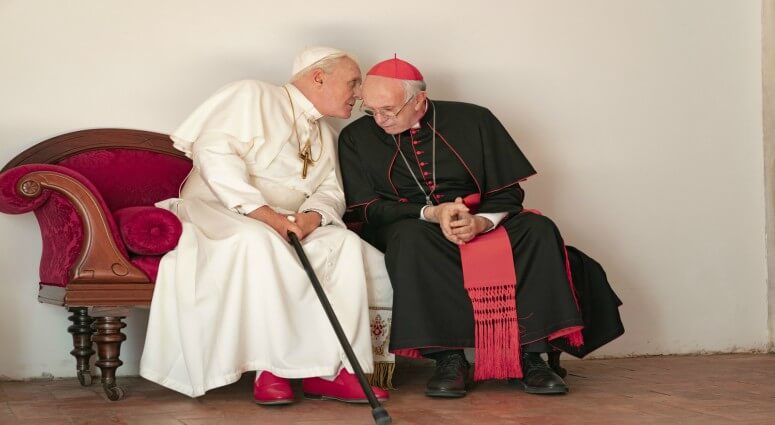 Almost any movie by Anthony Hopkins is a must watch movie. From Silence of the Lambs to The Remains of the Day, he has delivered a memorable performance in every one of his movies. The Good Pope promises to be another of his outstanding performances. Jonathan Pryce, who plays the role of Cardinal Bergoglio, seeks permission to retire in 2012 from Pope Benedict. The latter, however, has a secret to tell, one that will shake the foundations of the Catholic Church. One of the best holiday movies during Christmas in India, it depicts the transition of power in the last 2,000 years, and the manoeuvrings of power behind the Vatican walls. Needless to say, it is a must watch.

Explore the Famous Places to Visit in India During Christmas 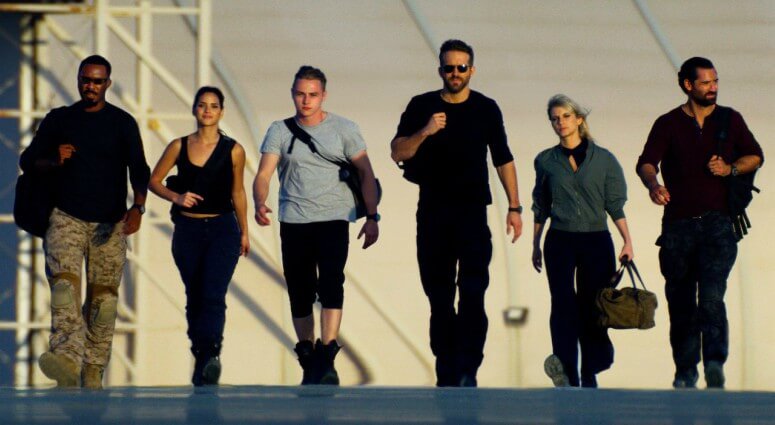 Michael Bay, otherwise famous for his Transformer movies, will be directing this one. The star performer of this movie is Ryan Reynolds, now famously known as âthat Deadpool guy.â Six individuals come together to form a vigilante squad after deleting their pasts to take on ferocious criminals. Just like the Bad Boy series, expect a lot of shoot outs, cops, shiny cars and complete destruction, even as the good guys go about delivering justice. This movie is also the first that Michael Bay has directed since the last Transformer movie, The Last Knight, which was a box office disappointment.

There it is! All the movies that you should watch out for this Christmas and New Year. Sure, there are other ways of enjoying Christmas, but a movie lover knows that nothing beats movies. Let us know which ones are you excited for and how many you plan on watching.

Have you ever dreamt of living in a fictional world of any movie? Well, I d...