In mid-1800âs plastic came to the rescue of the wildlife, yes the product was an alternative to elephant ivory which was gradually becoming scarce due to extensive use in making combs, piano keys, billiard balls and trinkets. A century later, around 1955, America saw what is now detested as the dawn of the âThrowaway Living,â with the introduction of disposable cutlery that was the solution to the woe of every housewife. And today some 7 decades later plastic has turned out to be the worst enemy of not just one country but of the planet as a whole. Doesnât it sound a lot like the plot of Frankenstein? It surely does have some resemblance.

In 1950 when the actual plastic was invented the production was around 2.3 million tonnes a year; in 1993, the production reached the mark of 162 million tonnes and by 2015, countries of the world had plastic production of 448 million tonnes in a year. This production includes some portion of low quality plastic which is hazardous for the environment and human and one-time use plastic, which is piling in the landfills where it can contaminate the surrounding soil, ground and surface waters. According to an estimate, about 1 million seabirds and 100,000 marine mammals die each year globally due to ingestion of plastic or by getting tangled in nylon fishing lines, nets, plastic ropes, and six-pack plastic can holders. It is also worth noticing that between 5.3 million and 14 million tonnes plastic dump is collected just from coastal regions in a year. Ocean plastic has been estimated to kill millions of marine animals and around 700 species, including endangered ones have been affected by it. From zooplanktons to whales to seahorses, the marine animals are consuming microplastics; in case, you are not aware what microplastic is, they are the plastic pieces which are bits smaller than one-fifth of an inch across.

This is not all, there are more than 100 of ways that plastic is choking our planet to death and if nothing is done to stop its production of usage, we will have a terrifying future to face. It is time that we educate ourselves, become more aware and more intolerant towards plastic production and use because what we are seeing at the moment will only grow worse if more efforts are not put in this direction. Let us discuss the condition of India and about the initiatives that are being taken in the country and world over to tackle this grave issue.

DO YOU KNOW: Half of worldâs mismanaged plastic waste is generated by five Asian countries: China, Indonesia, the Philippines, Vietnam, and Sri Lanka. 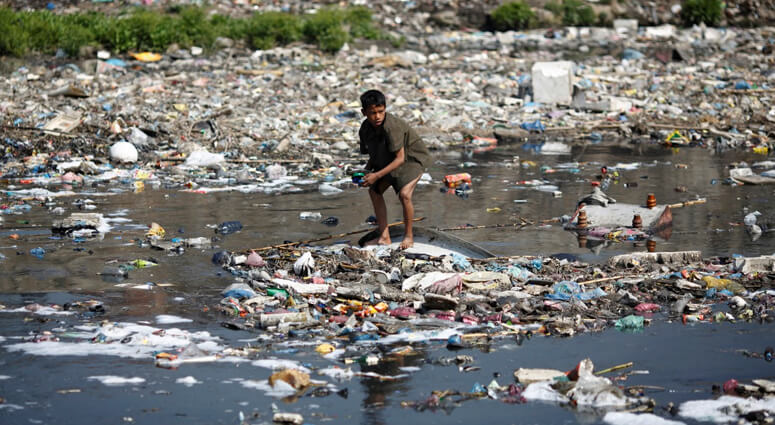 How is India Tackling the Issue? 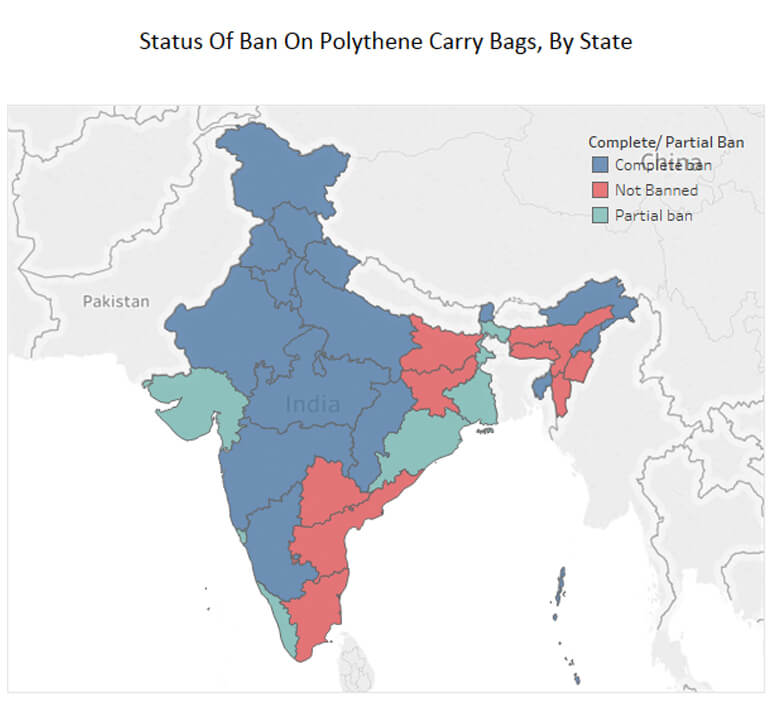 In India, 25 states and union territories have initiated some form of ban on polythene carry bags, but due to inadequate strict rules, it continues to be used and being littered in the water bodies and landfills. Although in some states of India like Sikkim, Uttarakhand and Rajasthan, plastic ban seems effective and plastic waste awareness is quite prominent. The Northeastern state of Sikkim banned plastic bags long before plastic waste was creating the round in the world. In 1998, this Indian state banned disposable plastic bags; the reason that triggered Sikkim to take such an action was the episode of heavy rainstorm during which the drains choked due to plastic bag accumulation, which further led in a horrific landslide that costed some natives their lives as well. Sikkim is also amongst the first states in the country to ban single-use plastic bottles in the year 2016. It was through penalties, state-level policies and a mass awareness programme that Sikkim was able to become a state free of plastic pollution free. Plastic is also ban in states like Jammu & Kashmir, Uttar Pradesh, Karnataka and Arunachal but due to lax rules and confusion on which grade plastic should be allowed, the ban remains ineffective.

DO YOU KNOW: Half the worldâs plastics is made in Asia and 29 percent only in China.

How Countries in the World are Tackling Plastic Issue? 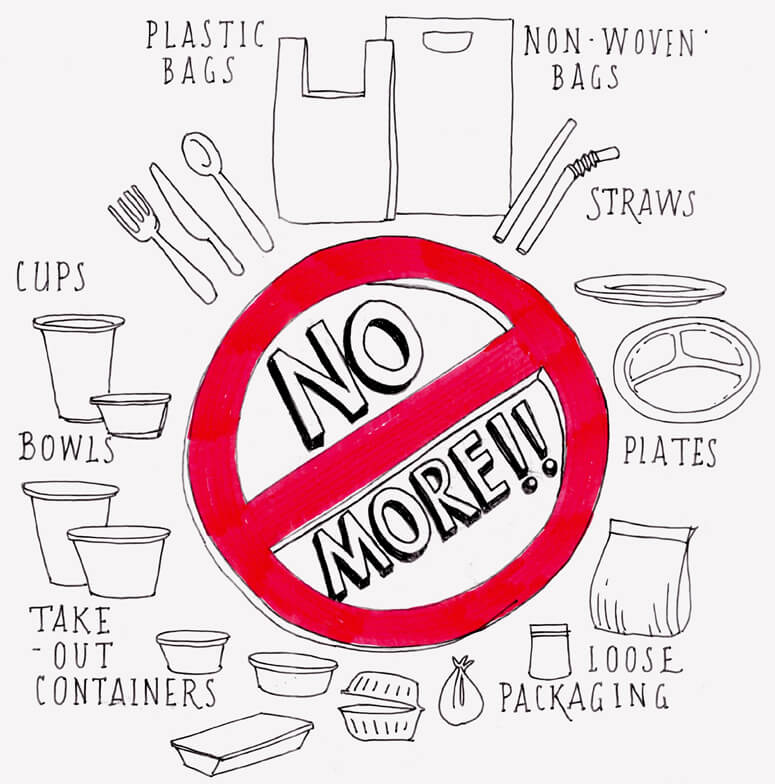 Since plastic waste has become a global problem, countries of every continent are trying to make their contribution towards environment. Right from Kenya in Africa to US and UK, consistent efforts are being made to tackle the issue at some level. Kenya has banned plastic bags and have imposed heavy fines and even imprisonment to fight out the problem on its level. On the other hand, France has pledged to ban the use of plastic plates and cups by the year 2020. In UK, US and Canada, ban on plastic microbeads in cosmetics (beads found in exfoliants) have been imposed. Hereâs continent-wise details on the initiatives on plastic issues:

Europe: Europe has been one of the major contributors in the fight against plastic bags. In 1994, the European country of Denmark became the first nation to tax plastic usage due to which there was a drop from around 800 million to 400 million bags per year. Ireland began charging customers for plastic bags in 2002 and saw a reduction of 90% in usage and litter. Other countries that currently have measures in place include England, Italy, Wales, Scotland, and Germany. Recently, in 2018, the European Commission has adopted the first-ever European Strategy for Plastics in a Circular Economy in which plans will be designed to eliminate plastic pollution with a focus on plastic bags, single-use plastics, and fishing materials. The strategy will also endeavour to improve the economic benefit of recycling, create jobs, and to invest in innovation.

North America: There has not been many effective advancement in the United States related to plastic bags usage. However, other countries in North America like Mexico and some Canadian have some measures in place. In Canadaâs Montreal, a ban on plastic bags with thickness less than 50 microns has been implemented in January of 2018. Another city in Canada, Victoria pledged to ban plastic bags by July 2018. In Vancouver, reduction of their plastic consumption with a tax or ban is also likely to begin and in Edmonton businesses will start to charge for plastic bags. Although there is no federal ban on plastic use in Mexico but in 2009, Mexico City introduced legislation to refrain retailers from distributing single-use non-biodegradable plastic bags. Queretaro, another city in Mexico, became the first municipality to ban plastic bags in April 2018. In fact, the most important hub of tourism, Cancun, has also also proposed a plan to eliminate plastic bags, straws, and water bottles in the city.

DO YOU KNOW: Polypropylene bags look like cloth but are actually plastic bags

Africa: In Africa more than 15 countries have either banned the plastic use or have started to impose a tax on them. After the ban, plastic bag use in South Africa has dropped 90%, though illegal use has been noticed in the country. In Morocco, a partial ban on plastic was imposed in 2009 but in 2016, the country fully banned plastic bags. The law not only covered the distribution of plastic bags, but also the import and production of them. Rwanda, on the other side implemented a strict plastic bag ban since 2008. Other than these countries like Mali, Cameroon, Tanzania, Uganda, Ethiopia, Malawi, and Botswana also have plastic bags use rules and regulations in place.

Asia: There is still a lot to be done in Asian countries regarding plastic production and disposal. However China, the maximum plastic producer in Asia has banned all thin plastic bags and started charging a tax on thicker bags by the retailers. The Chinese government has said to have seen a two-thirds reduction in plastic bag use. Recently, the country has also retrieved 8.5 tonnes of waste from Mount Everest since April as it clears garbage left by growing numbers of visitors. Other countries in Asia that have bans or taxes in place plastic use include Bangladesh, Cambodia, Hong Kong, India, Indonesia, Malaysia, and Taiwan.

Australia: On the Australian continent, several states and territories have initiated a bans in place for plastic use including the Northern Territory, South Australia, and Tasmania.

South America: Measures have also been taken to reduce the plastic bag usage in several countries of South America including Argentina, Brazil, Chile, and Colombia. These countries have begun to use only biodegradable bags and have implemented recycling programs which have significantly reduced plastic pollution.

DO YOU KNOW: The #BeatPlasticPollution campaign is the focus of the 2018 World Environment Day organized by the UN.

How International Brands are Tackling the Issue? 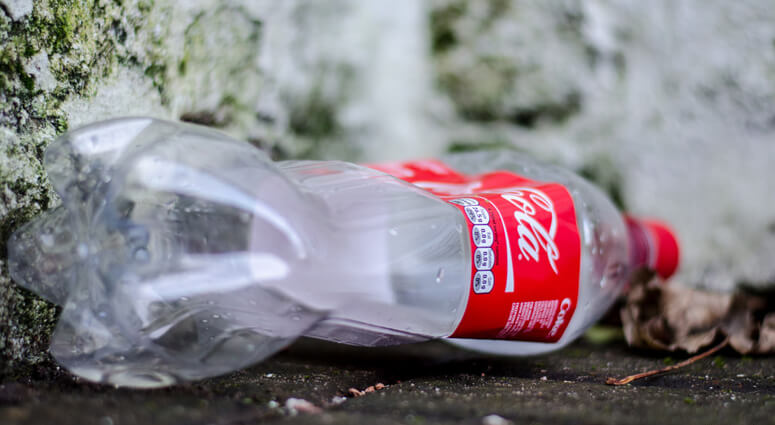 For the reduction of plastic pollution, it was indeed quite mandatory for the international brands who excessively use plastics to manufacture its goods, to take responsibility and initiate a campaign. Therefore, Coca-Cola, which is also the producer of Dasani water, announced a goal to âcollect and recycle the equivalent ofâ 100 percent of its packaging by 2030. Similarly, PepsiCo, Amcor, and Unilever, have also pledged to convert to 100 percent reusable, recyclable, or compostable packaging by 2025. Johnson & Johnson has also switched from plastic back to paper stems on its cotton swabs.

What Can Industry Do to Help? 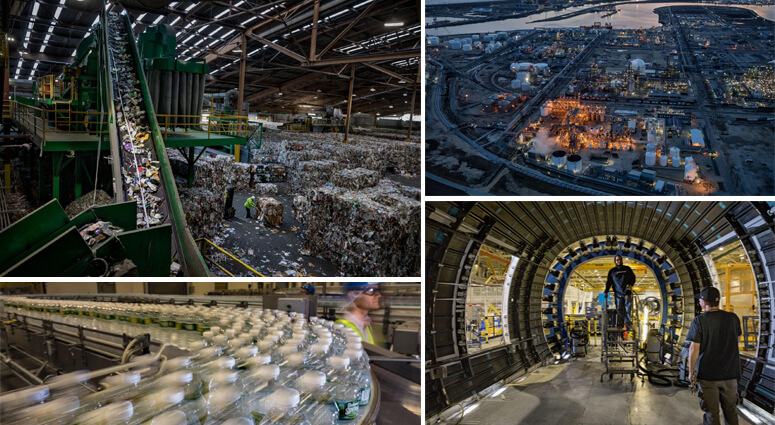 There is a need to design new plastics and its products that are either biodegradable or recyclable. Also, avoiding unnecessary uses of the items, are seen as the long-term solutions to the plastic waste problem. In countries of Asia, there is also a need to collect trash on a regular basis from the streets and houses that should later be either landfilled, recycled, or burned. 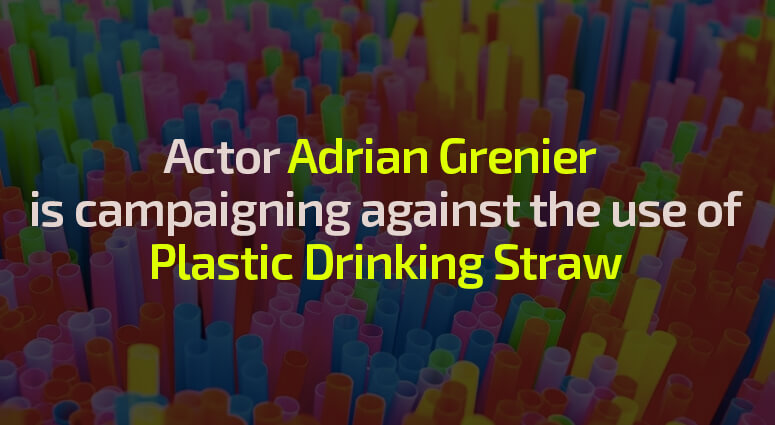 Every initiative to clean the environment requires personal/individual pledge as well. People should be aware of the dire condition we are going to draw ourselves to in the future. There have been excellent individual examples to model for us as well like that of Ellen MacArthur, a British yachtswoman who has created a foundation to promote the vision in which all materials, including plastics, are designed to be reused or recycled. Actor Adrian Grenier, is campaigning against the plastic drinking straw, whereas a 23 old guy from Netherlands, Boyan Slat is trying to clean up the largest garbage patch in the North Pacific for which he has raised more than $30 million to construct an ocean-sweeping machine.

What Can We Do to Prevent Plastic Waste? 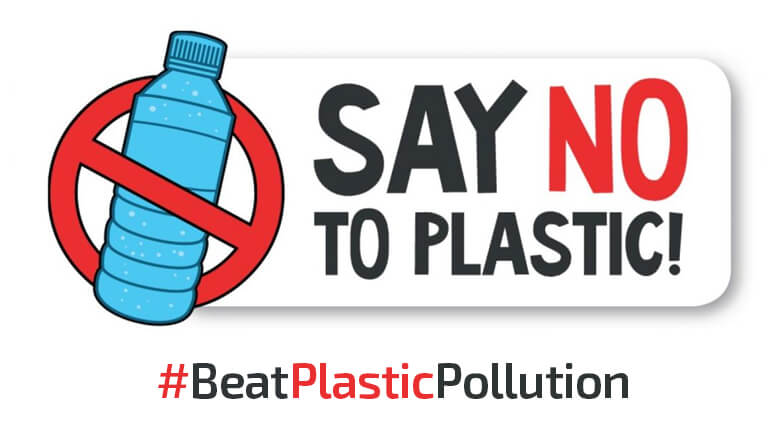 Plastic is truly an enemy of the planet. There is a dire need to realize its hazards and come together as a race who wants the future of the earth to be better and safe. Educate yourself about your surroundings, make others aware and take one step at a time to remove plastic from your houses, offices and neighbourhoods. Take a pledge this World Environment Day to #BeatPlasticPollution, slowly and gradually.