Embark on a Spiritual Journey with Buddhist Circuit Tourist Train

IRCTC once again flagged off Buddhist Circuit Tourist Train from the Safdarjung Railway Station in Delhi. The train will cover all the major Buddhist pilgrimage destinations in India and Nepal. Buddhism has been one of the most followed religions worldwide and having its origin in India has always attracted tourists from all across the globe. Buddhist pilgrimage destinations are scattered in the Northern and Central part of India and the train service aims to bridge the distance between all of these Buddhist attractions. The service was first started in 2008 but the latest upgrades make this Buddhist special train quite literally a 5-star palace on wheels. 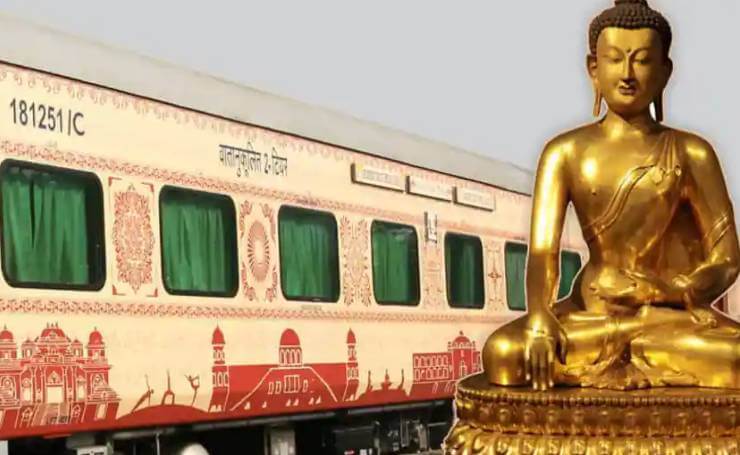 Buddhist Circuit Train FAM Tour is a special train tour from Safdarjung Railway Station which will cover the popular Buddhist Heritage sites in India. It will cover the destinations such as Gaya-Bodhgaya, Rajgir-Nalanda in Bihar as well as Sarnath -Varanasi in Uttar Pradesh. The Indian Railway Catering and Tourism Corporation has organized this awesome Buddhist Circuit Train FAM Tour as a part of the union government’s ‘Dekho Apna Desh” Initiative. The tourists will be able to get great experience of the train journey and insights on the self-disciplined and celebrated life of Lord Buddha. 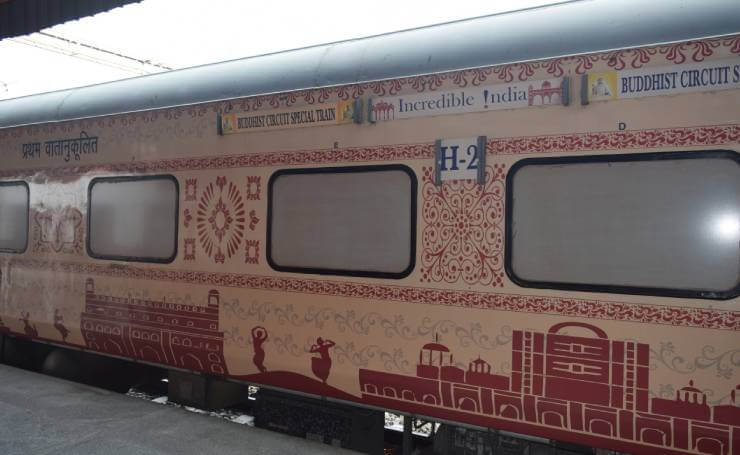 Bodhgaya is one of the most prominent sites in Buddhism pilgrimage circuit tour. The quaint town of Bodh Gaya is decked with numerous scenic monasteries and temples. Throughout the year, devotees from all over the world come here to seek divine wisdom and soak in peaceful vibes. You must visit Mahabodhi Temple, Thai Temple, Japanese Temple, Buddha Statue.

In the Nalanda district of Bihar, Rajgir is one of the most popular Buddhist pilgrimage destinations. Surrounded by scenic five hills and numerous temples, hot springs and monasteries, it is one of the beautiful and tranquil sights to behold. It was once the capital of Magadh. Here Lord Buddha had set in motion his second wheel of law.

Once Asia’s most famous university was located here from 5th to 12th century AD. Lord Buddha himself graced the university by his divine presence. All the glories and stories of Nalanda’s ancient past are kept with pride in the Nalanda Archaeological Museum. For Tourists it is indeed a place full of history and culture.

Sarnath is one of the most popular Buddhist pilgrimage spots. It is a place where Lord Buddha preached his first sermon after attaining enlightenment at Bodh Gaya. It houses several religious and historic monuments built by the great emperor Ashoka. Dhamekh Stupa, Sarnath Museum, Ashokan Pillar, Mulgandha Kuti Viharare some of the major religious tourist attractions to visit here.

The spiritual capital of India, Varanasi is not directly a part of Buddhist Pilgrimage Tour but it is one of the most popular religious tourist attractions to feel the pleasure of eternal bliss. You must visit various Ghats and temples to embrace the whirlwind of spirituality, if you are on a journey to discover yourself.

If you are in Kushinagar the ancient Mahaparinirvana Temple is a must visit religious tourist attraction. It is said that Lord Buddha attained Nirvana here. Devotees should also visit Ramnagar Stupa which is a cremation ground of Lord Buddha. The Sun temple from the Gupta period is also one of the most notable religious sites here.

Devotees from Thailand, Japan, China and Sri Lanka come here in large numbers to offer prayers at Buddhist Pilgrimage sites here. It is a major Buddhist pilgrimage attraction to visit in India. Sravasti is also an important center for Buddhist learnings. Many old structures, relics, stupas and viharas belonging to Lord Buddha make this site a great place for religious exploration.

Agra is one of the most popular tourist spots in the Buddhist Circuit Train Tour Itinerary. It needs no introduction as one of the seven wonders of the world – Taj Mahal is a great architectural marvel which captures the hearts of tourists from across the world. 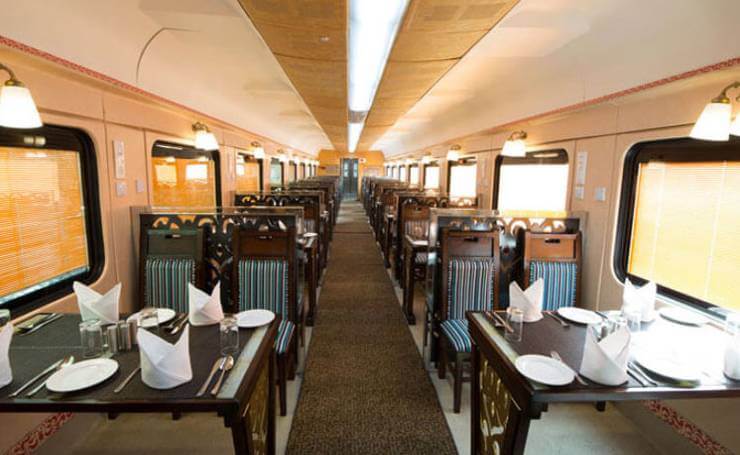 No wonder why your trip to Buddhist pilgrimage Sites will be one of the most memorable trips to remember for a lifetime. The facilities and comforts of Buddhist Circuit Train and these interesting aspects of Buddhist Circuit tour will compel you to indulge in this pious journey for at least once. You can schedule your trip by directly booking the train from the website and you can also contact Tour My India for Buddhist Circuit Train Tour Packages to explore Buddhist tourist destinations at great deals and discounts. Moreover, you will get proper arrangements for accommodation and transportation which will make your trip wholesome.

Q.What destinations are covered in the Buddhist Circuit Train Tour?

The destinations which are covered in the Buddhist Circuit Train Tour are - Varanasi, Bodhgaya, Rajgir, Nalanda, Patna, Kushinagar, Shravasti, Balrampur, Lucknow and Lumbini.

For booking Buddhist Circuit Train Tour Package you can contact TourMyIndia. We will provide you the best deals and discounts with great facilities to enjoy this spiritual journey.