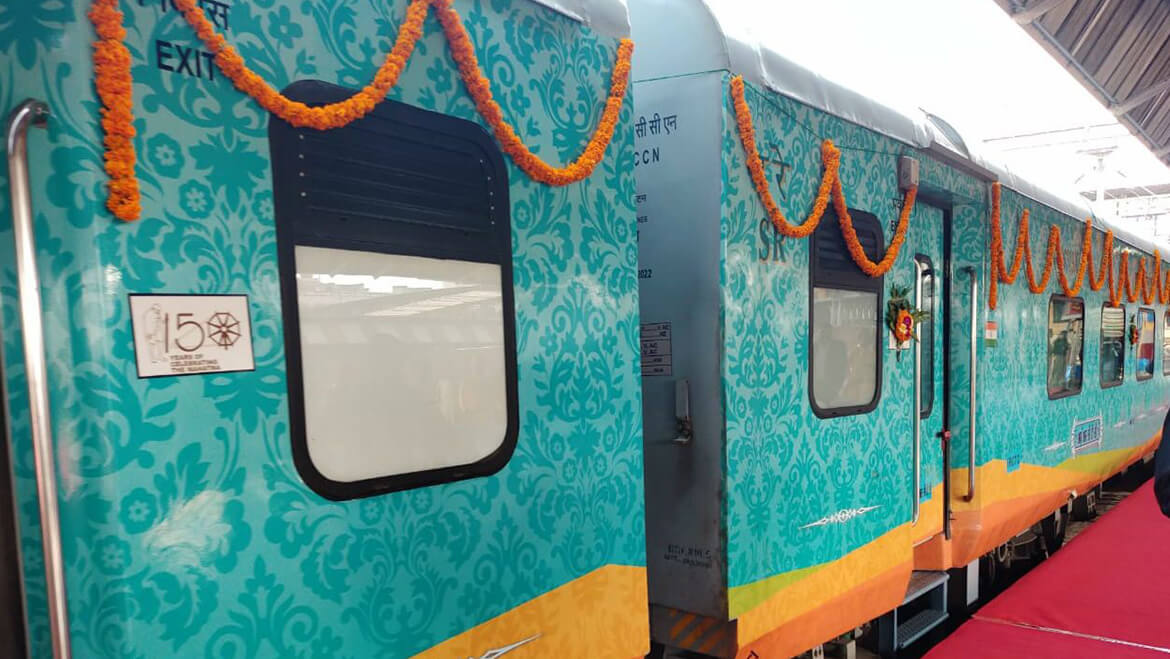 Happen to be an ardent devotee of Lord Shiva and planning to visit the three Jyotirlingas and other popular religious tourist attractions in Uttar Pradesh & Madhya Pradesh in one go? Book a ride on the Kashi Mahakal Express, India’s third private fully AC passenger train, which will run from Varanasi in Uttar Pradesh to Indore in Madhya Pradesh, and cover numerous tourist destinations along the way. Besides connecting Omkareshwar in Mandhata, Mahakaleshwar in Ujjain and Kashi Vishwanath in Varanasi, it will also connect other historical, religious and cultural cities in Madhya Pradesh and Uttar Pradesh like Prayagraj (Allahabad), Lucknow, Kanpur, Jhansi, Bina, Sant Hiradnagar and Ujjain. The train, which has been started with a view to promote religious tourism, will also offer Mahakal Express tour packages, enabling passengers to visit several pilgrim destinations en route. The inauguration of the Mahakal Express is an attempt to develop all the places connected with faith across the country.

Here, we tell you all about the train, including the facilities, how to book tickets, arrival & departure timings & other details that will be helpful to you when you catch a ride on the train.

Facilities onboard the Kashi Mahakal Express 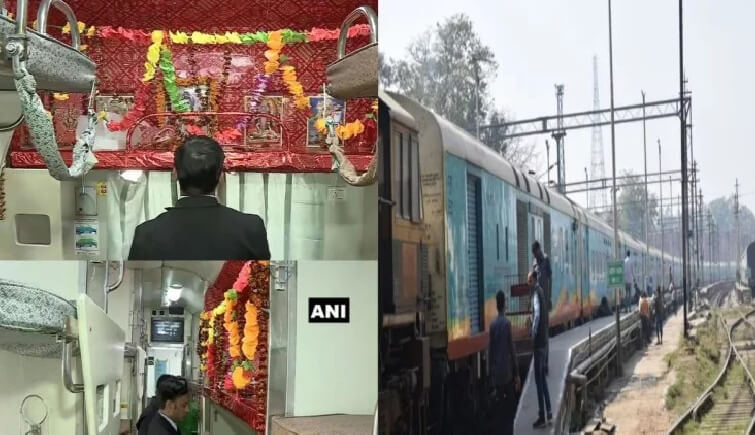 The Kashi Mahakal Express is a fully air conditioned 3-tier train equipped with several kinds of facilities that ensure the utmost comfort of the passengers. Some of the facilities available onboard the train are:

Fare of the Kashi Mahakal Express

The Mahakal Express Train Fare is dynamic in nature and decided on the demand for occupancy.

Timings of the Mahakal Express Train 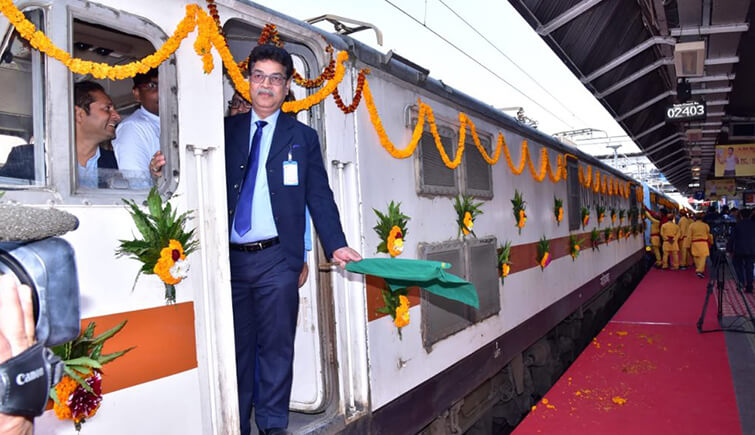 There are four trains which will run thrice a week between Varanasi and Indore via Ujjain, Sant Hiradnagar (Bhopal), Bina, Jhansi, Kanpur, Lucknow/Prayagraj and Sultanpur. The Kashi Mahakal Express Train Timings are mentioned below:

Lucknow-Delhi Tejas Express, Know About its Interesting Features & How to Book

How to Book Tickets for the Kashi Mahakal Express Train? 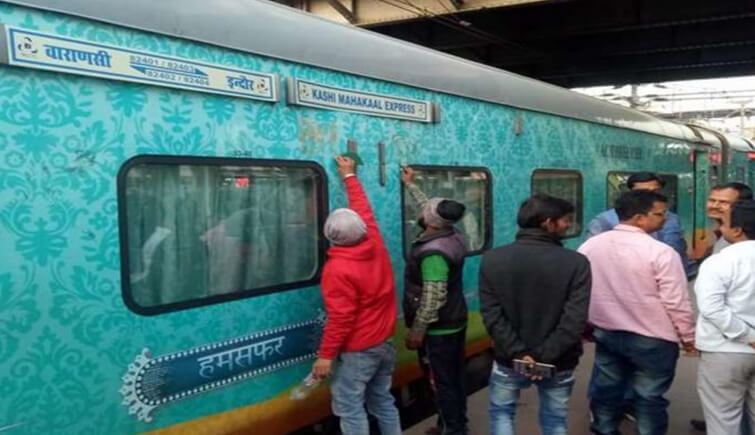 The booking of tickets can only be done online on the IRCTC website, and its mobile app “IRCTC Rail Connect”. The online booking for Kashi Mahakal Express will have a reservation period of 120 days. Concession of any kind will not be available, while no tickets will be required for children below 5 years of age. Passengers will be able to see the current booking status after the preparation of the first chart, which can vary from 4 hours to 5 minutes before the scheduled departure of the train. Every passenger will also be covered with a complimentary travel insurance of Rs 10 lakh during the journey. In case where the train is cancelled due to any reason, passengers will be entitled to an automatic refund. 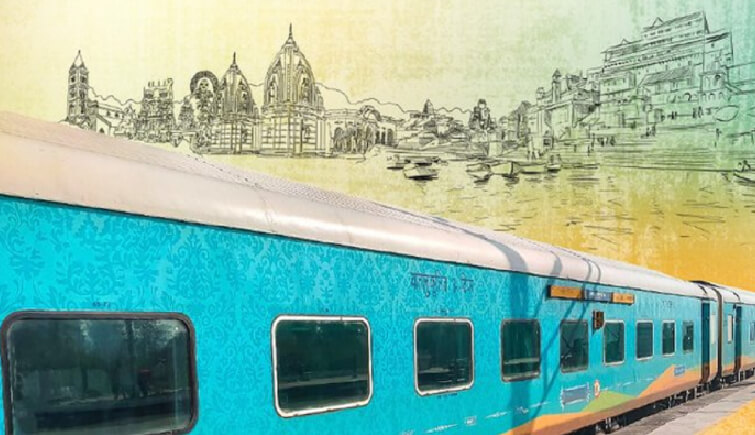 Quick Answers to Some of the Frequently Asked Questions about the Mahakal Train:

Q. How many days in advance can I make the booking for the train?

Online bookings for the Kashi Mahakal Express can be made 120 days in advance.

Q. Which destinations will the Kashi Mahakal Express cover?

The Kashi Mahakal Express will connect the 3 Jyotirlingas, Omkareshwar in Mandhata, Mahakaleshwar in Ujjain and Kashi Vishwanath in Varanasi. It will also connect other historical, religious and cultural cities in Madhya Pradesh and Uttar Pradesh like Prayagraj (Allahabad), Lucknow, Kanpur, Jhansi, Bina, Sant Hiradnagar and Ujjain.

Q. How can I book a ticket for the Kashi Mahakal Express Train?

Bookings can only be done online, either by visiting the official website of IRCTC, or through their mobile app “IRCTC Rail Connect”.

Q. Do I have to book tickets for children under 5 years of age?

No, you do not have to book tickets for children under 5 years of age.

Q. Is non vegetarian food available inside the train?

No, non vegetarian food is not available inside the train since the train will be full of passengers visiting the religious destinations between Varanasi to Indore.