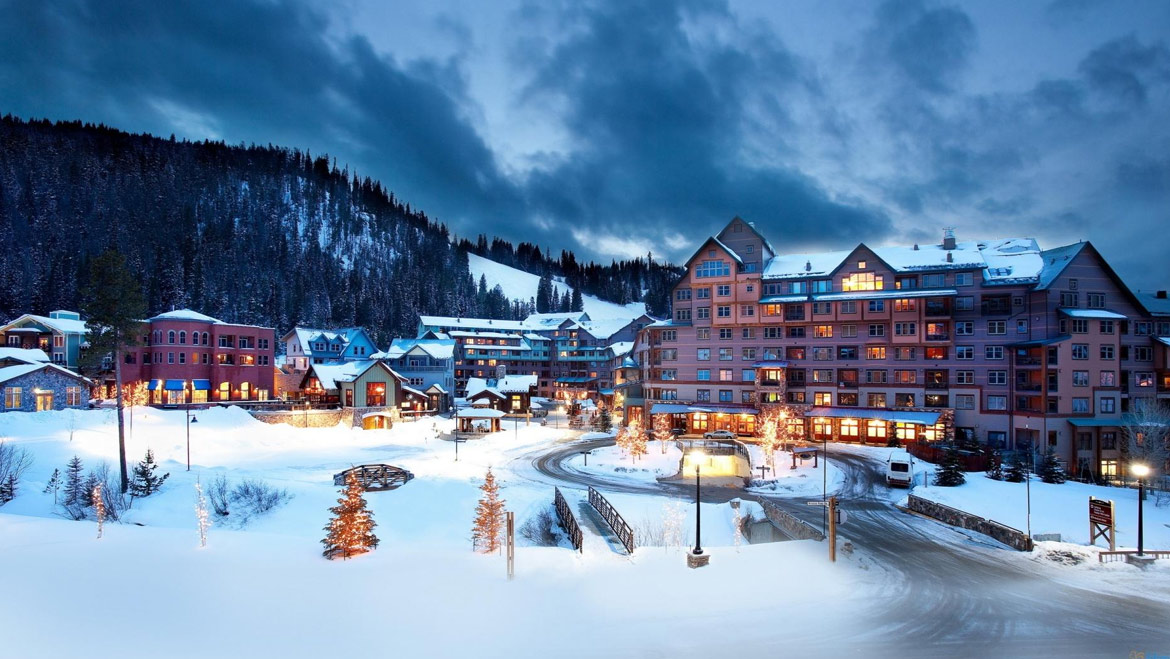 Winters in India is a season of varied temperatures and climates across the country. Where at one side, Northern and Eastern and North Eastern parts of India are chilling with mercury dropping to zero degrees at few places, it is comparatively warmer and pleasant in Southern and Western parts.India is a land of contrasts and that holds true even when it comes to its climates.From skiing in snow carpeted Gulmarg to enjoying a beach party in Goa, there are endless number of activities you can indulge into during your winter holidays in India. Here are top 10 reasons why you should spend your winter holidays in India.

For Its Powder Laden Slopes in Gulmarg 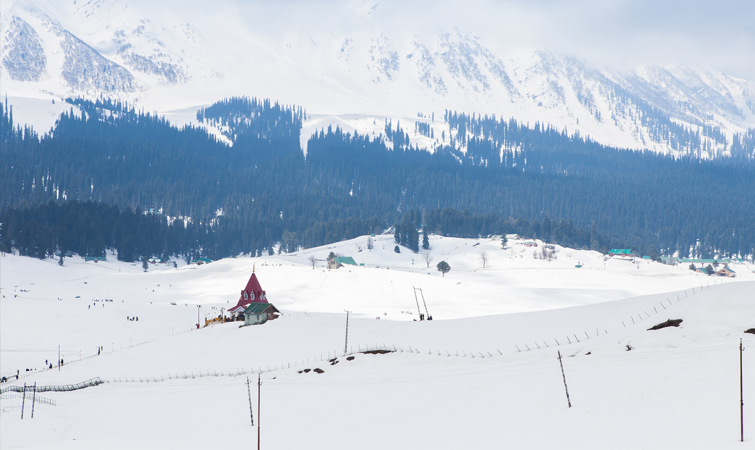 Gulmarg in Jammu & Kashmir is one of the most sought after winter destinations in India for both, Indians and international tourists.Apart from its awe-inspiring beauty, Gulmarg also offers some of the world’s best ski slopes surrounded with snow covered peaks and meadows blanketed in white. Acclaimed to be the best ski resort in India, Gulmarg is the right choice to satiate adrenaline desire for skiing. From beginners to seasoned professionals, everyone can indulge in skiing on the powder laden slopes that run for miles and miles; what you can see at far off distances is just a hint of dark green peeking out of the snow-capped hoods of tall pines and conifers.The longest snow trail for skiing is the one from Mt. Apharwat that is situated at 13,780 ft. above the sea level. The peak can be reached via the Gondola ride, which has also to its acclaim, the pride of being Asia’s highest and longest cable car.

Besides all the adventure fun of skiing and riding Asia’s highest gondola ride, you can try your hands at other interesting activities like zorbing, snowboarding and sledging.

For Its Snowfall in Manali 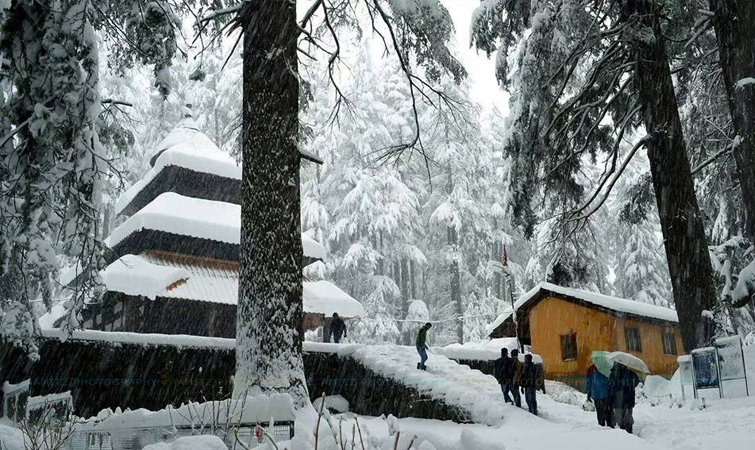 Manali is another magical winter vacation destination in India. Winters is the time when this Himachal hill town stands in full glory with its entire landscape carpeted in snow.Vast stretches of soft snow along the routes from Kullu to Manali are enough to bring out the hidden child in you; from snow-ball fights to snowman making, everything feels so exciting.But, what actually makes Manali a sought after winter hotspot in India, is the heavy snowfall that can be experienced in regions of Solang, Gulaba or at Rohtang Pass during the months of January-February.

As you visit Manali for your winter holidays, do make sure to be part of its winter carnival that is held in first week of January. Skiing competitions, folk dances, crafts bazaar and the food festival are the major highlights of this carnival.

For Its Delicious Street Food in Old Delhi 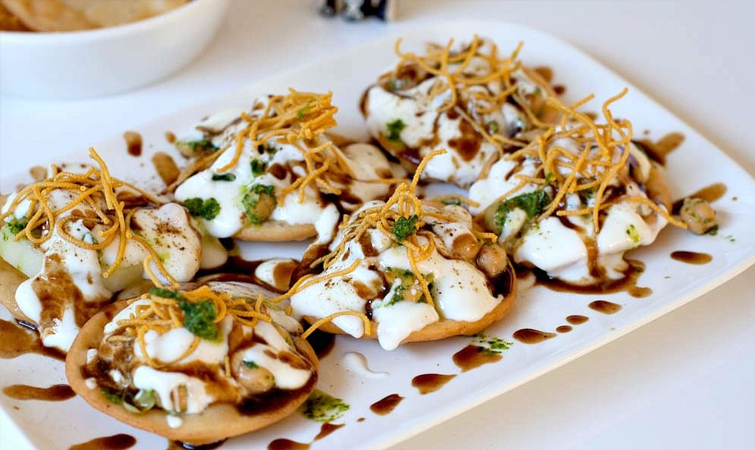 The quintessential hub of mouth-watering street food in Delhi is the narrow and crowded lanes of Old Delhi, where this food is being served since ages.As you walk down these streets, an aroma of crispy jalebis, samosas and kachoris, is bound to reach your senses. An irresistible temptation is everywhere and the charm gets double fold during chilled evening of winter months.Nothing seems to be as heavenly as enjoying the famous ‘Kulle ki Chaat’at a chaat corner in the bustling streets of ‘Chawari Bazaar’,savouring on the terrific ‘dahi-bhallas’ at Nataraj ke Bhalle in Chandni Chowk, munching on the spicy pakodas with a sip of piping hot tea in Sarojini Market or enjoying the flavoursome Mughlai kebabs at Karim’s near Jama Masjid. How can one forget the famous ‘Paranthe wali gali’ where there is no end to the variety of paranthas served?

For Its Jungle Safari at the Corbett National Park

Situated at the foothills of Himalayas in Uttarakhand, the Corbett National Park is one of the best tiger reserves in India. Overnight stays in the park accompanied with open Jeep safaris is one of the most fascinating experiences one can have in its lifetime. Enjoying bonfires and music is something which is sure to double the thrill and excitement for all its visitors.Winters is the time when tigers can be best viewed during the day time and a Jeep Safari is a perfect way to track the tigers and to also have a glimpse at a huge variety of other wild animals from a close distance. Nature is also teeming with indigenous variety of flora and fauna and migratory birds during winters; making it a perfect winter destination for nature lovers and bird watchers.

For Its Desert Safari in Jaisalmer 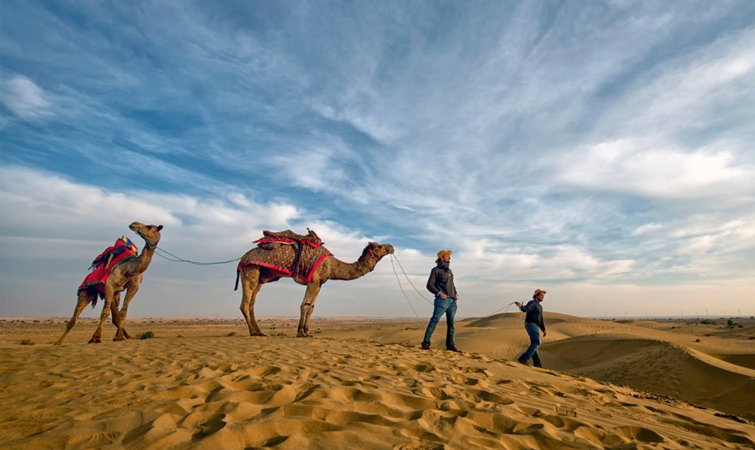 Jaisalmer in Rajasthan is beaming with its pleasant weather during winter months, making many tourists from all across the world travel to this land of golden sand. Weather in winters creates a perfect ambience to explore the history of this quintessential town full of rustic havelis and majestic forts. Besides its history, the most exciting attraction that lures thousands of tourists every year to Jaisalmer is the charisma of the desert safaris and camping on vast stretches of golden sand under a moonlit sky. Camel safaris and sand dune bashing is what you can enjoy during pleasant winter mornings as the chilled evenings await you with campfires, live folk music and delicious Rajasthani food; all set exotically under the radiant sky. Winter is also the time when the famous Jaisalmer Desert Festival’ is organized, providing an opportunity to its visitors to witness rich culture and traditions of Rajasthan.

For a Lifetime Adventure in Sikkim 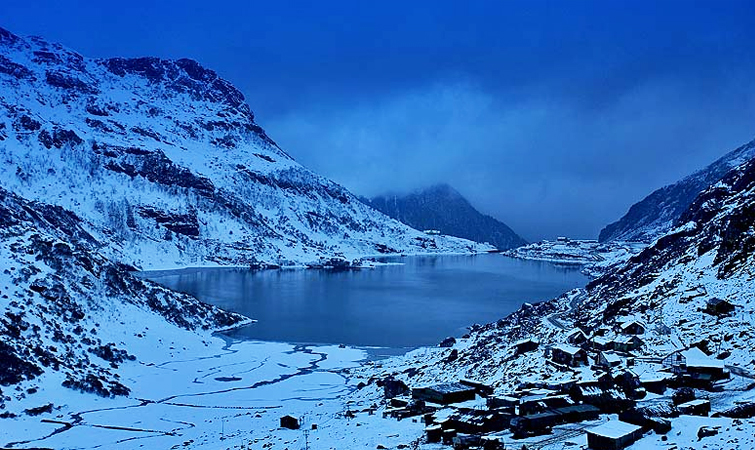 Sikkim is the most captivating winter destinations for those who only have one word in their dictionaries,i.e. ‘THRILL’.Mesmerizing views of the snow-covered Himalayan Range and the zeal to see Mt. Kanchenjunga standing tall in its full glory, makes most adventurous of the trekkers on earth to make their way to Sikkim in winters. With temperature dropping several degrees below zero, chilling breeze brushing through your face, teeth clattering, and breath getting heavier as you climb the strenuous trails of the rugged terrain, the excitement to reach your destination and the scenic beauty along the route keeps you get going.

For those who want to skip the trekking adventure, apart from local sight-seeing in Gangtok and enjoying the panoramic views of the snow-laden Himalayan range, the most important factor that lures them to this magical winter destination, is to have an enthralling lifetime experience of visiting the ‘Nathu La’ that is at its peak of magnificence during December.Take a jeep tour up to the ‘Nathu La ’ via the ‘Tsomgo Lake’ which is entirely frozen during winters. The view of the frozen lake and its enchanting surroundings is a true spectacle to eyes. An icing on the cake is a unique experience of Yak rides along the coast of the lake. At the height, where temperature is numbing your senses, nothing can be more surreal than indulging into steaming hot momos and a special tea made from Yak butter at small eateries around the lake.

Note that ‘Nathu La’and ‘Tsomgo Lake’cannot be accessed on all days and requires a special permit from the Indian Army for both National and international tourists.

For Its Sprawling Tea Gardens of Darjeeling 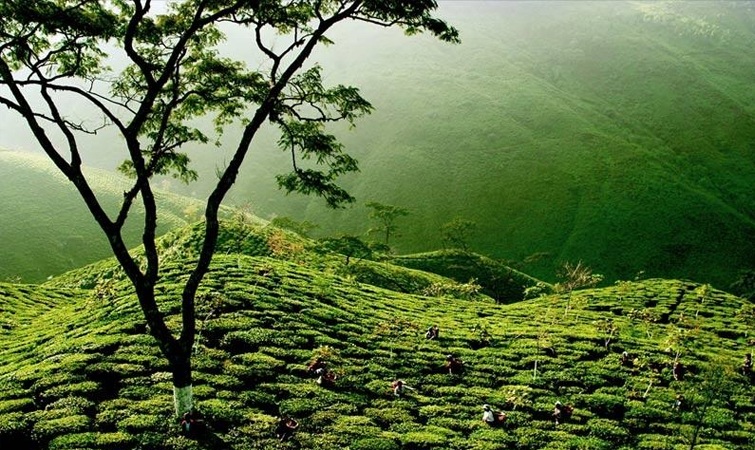 A picturesque hill station nestled in the lap of Himalayas, Darjeeling is no less than heaven during winters. Magic of this charming little hill station during winters,is sure to make you fall in love with its serenity and awe-inspiring scenic beauty.While the mornings are chilling cold and views are covered with blankets of mist, the afternoons are quite pleasant with the rays of sun covering the peaks of Mt. Kanchenjunga in its golden hues; the best time to take a stroll through one of the sprawling tea gardens and taking in the aroma of tea mixed in the air. Another most interesting activity to enjoy in the pleasant winter afternoons is to take a ride on the famous toy train, revelling the captivating views of Mt. Kanchenjunga.

For its Houseboat Stays in Kerala 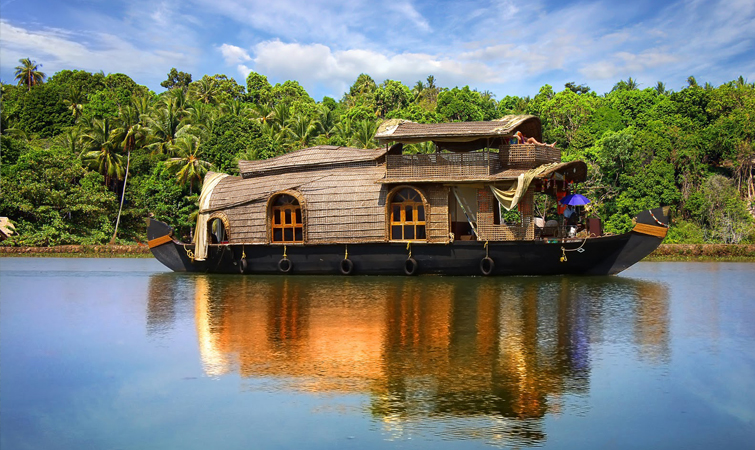 Kerala is one of the most sought after tourist destinations, not only in India but across the world. Owing to its pleasant weather, Kerala is a great respite for tourists coming from places engulfed in chilling cold during winters. One of the major drawcards in Kerala for its tourists is its houseboat cruises on the backwaters. In contrast to Srinagar where houseboats keep standing still at a particular place, houseboats in Kerala take you through a network of emerald lakes, lush green paddy fields, swishing coconut groves and rustic villages.Delicious authentic Malabari cuisine served in the boat that is made of fresh seafood caught at one of the villages, is sure to enhance the charm of this magnificent experience.

For a Dazzling Nightlife Experience in Goa 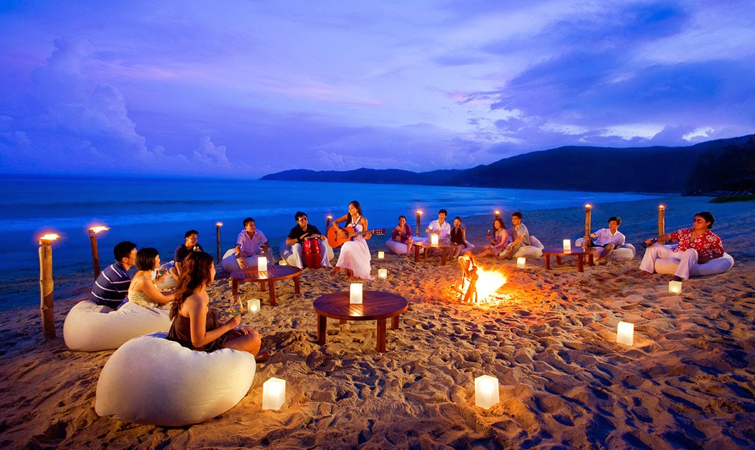 Known for its tropical weather, pristine beaches and scintillating nightlife, Goa makes it for an ideal winter holiday destination. True colours of Goa can be seen during the months of late November to early January when the streets and beaches are beaming with vibrant night clubs, alluring beach shacks and quirky beach bars. Non-stop live music by various artists, electrifying lights, and people shaking their legs to loud electro music be it at a rooftop terrace of a night club or right at the beach; atmosphere is full of fun and excitement.

For Its Water Sports in Andaman and Nicobar Islands 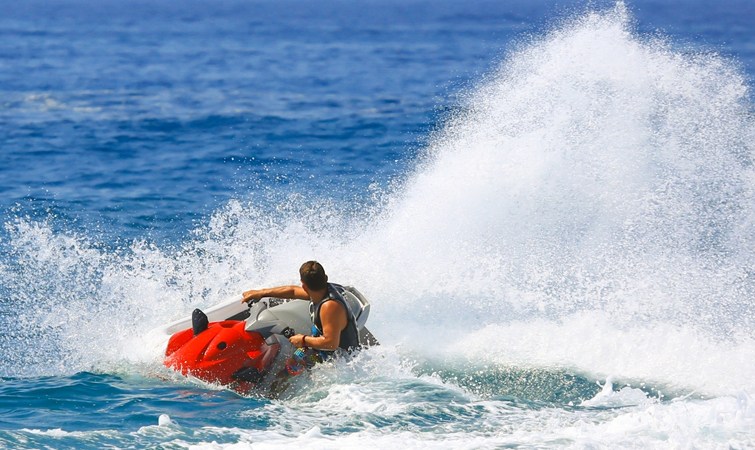 Unspoilt beaches of Andaman and Nicobar with crystal clear waters that are home to diverse marine life and one of the best coral reef ecosystems in the world, lures thousands of tourists across the world during winter months. When Northern parts of India and western countries are experiencing an extreme chill, weather at Andaman and Nicobar gives a perfect ambience to indulge in a thrilling experience of snorkelling, scuba diving and wind surfing. Besides water sports, alluring sights of the setting sun with skyline changing its colours from turquoise blue to golden, is truly a treat to eyes.

Having something for all the visitors in its lap, India is a perfect winter destination for your next holiday – the activities listed above just give you a short glimpse of what all India has in its hidden store. If you also have some everlasting memories of any such winter experiences in India, do share with us.