7 Destinations in India Where Witnessing Snowfall is Guaranteed

It’s just so fun to play in the snow, make snowmen and throw snowballs at others even when it numbs your hands while forming them! And if you are anything like me, you’re already looking for the places to see snowfall in India. I also know that it gets utterly disappointing when you visit a place with the hopes of revelling in the snow, but the weather fails you. Therefore, I made this list of top travel destinations in India where you are guaranteed to see snowfall in the winter season. Let’s go through it together, shall we?

List of Best Places to See Snowfall in India 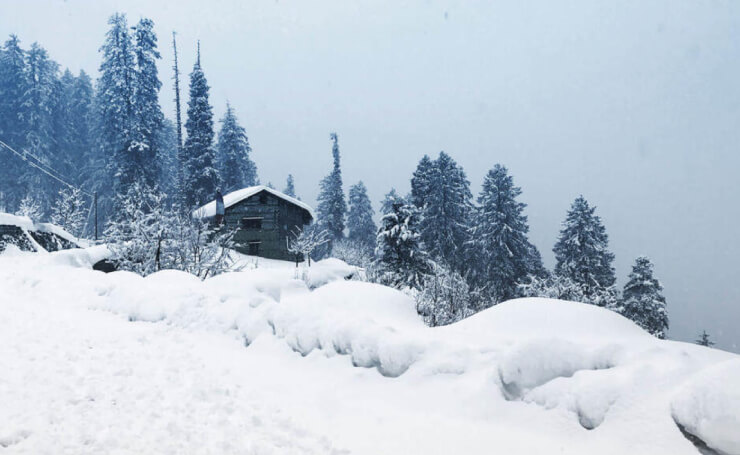 The beginning of the November itself hints that there’ll be snowfall in Manali. Amongst the top tourist attractions, Manali is also people’s favourite destination to witness snowfall in Himachal Pradesh.

The best way to enjoy snowfall in Manali to either book a hotel/homestay in Old Manali and watch the snow forming a blanket out on the mountains right from your window or sit in one of the artsy cafes with a steaming mug of coffee or you know, the good ol’ Old Monk. The adventure enthusiasts can head to Solang Valley where many adventure activities like skiing await.

Mussoorie: For that Impregnable Stroll on the Mall Road 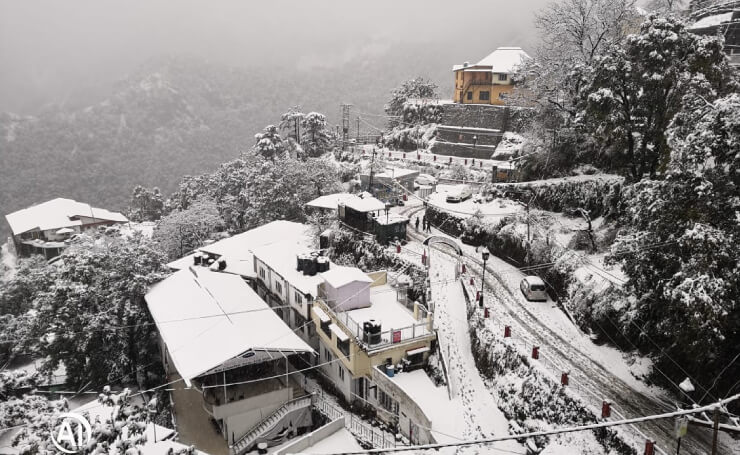 Another popular tourist destination, Mussoorie is a perfect destination to see snowfall in Uttarakhand. However, in order to witness a good amount of snowfall, it is best to plan a visit to Mussoorie between mid-December and mid-February.

While all the attractions in Mussoorie are open for the public in winter, nothing beats the experience of strolling on the Mall Road while it’s snowing.

Shimla: For the Best Family Holiday 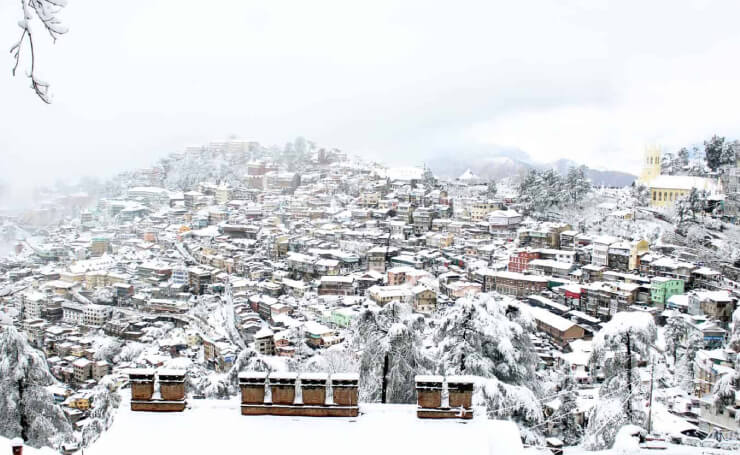 When it comes to winter getaways, nothing matches the popularity of Shimla. Therefore, if you want to see snowfall in Himachal Pradesh, Shimla is not going to disappoint you.

The best time to plan your visit is however, between December and February but don’t be surprised if you see the city swarmed with tourists; like you many others consider Shimla to be the best place for a snow experience in Himachal.

Gulmarg: For the Best Skiing Experience 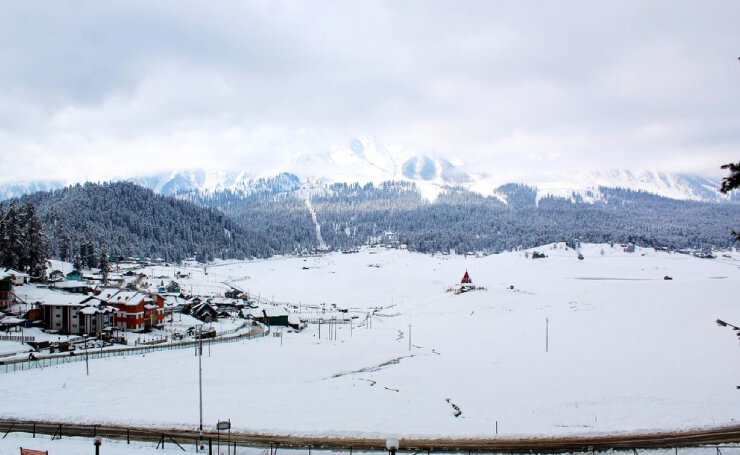 There’s much more to winter than making snowmen and snowballs. In destinations like Gulmarg in Kashmir, snow has an important role to play for skiers visiting from around the world. Gulmarg is widely-acclaimed as the best skiing destination in India, not only it has the best slopes, it greatly boasts one of India’s highest and longest cable car projects, Gulmarg Gondola.

Auli: For a Memorable Skiing Experience and Himalayan Views 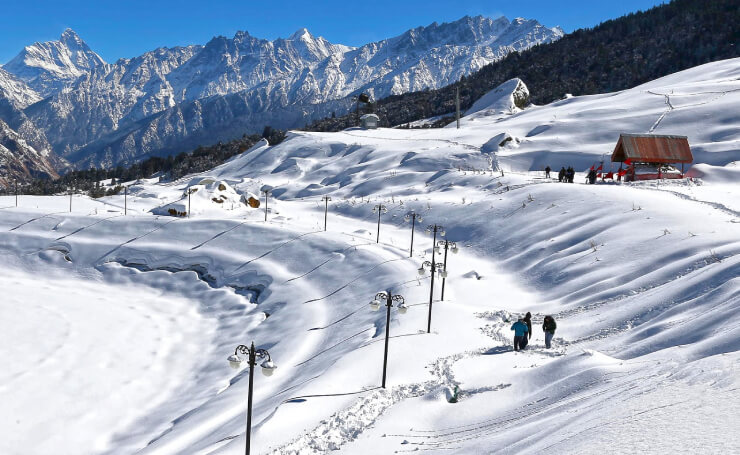 Coming only second to Gulmarg, Auli in Uttarakhand is your best bet when it comes to witnessing snowfall in the winter season as well as enjoying skiing and snowboarding in India.

The place is also famous for one of the longest cable car rides in India starting from Joshimath. Auli is a beautiful destination with panoramic views of the Himalayan Peaks including the second tallest mountain in India, Nanda Devi (7816 m). January to February is the snowfall time in Auli.

Dhanaulti: For A Quiet Yet Fun Holiday 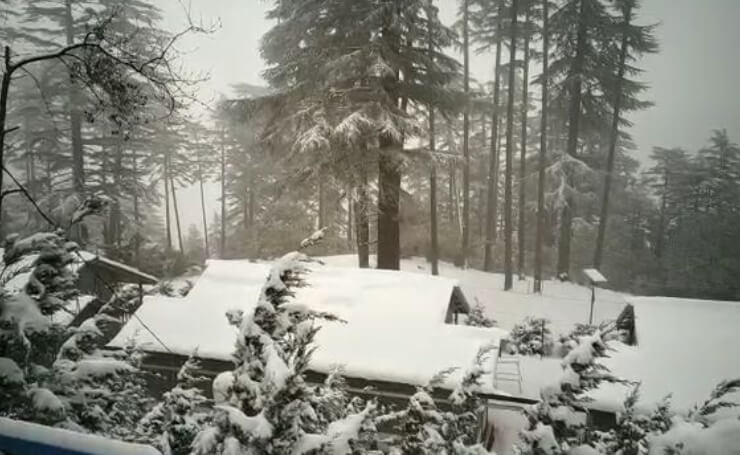 Even though Dhanaulti hasn’t gained as much popularity as its neighbouring hill station of Mussoorie, it surely is the best place for winter tourism. Dhanaulti is the kind of place where you can visit with family or a partner.

You can witness snowfall in Dhanaulti as early as December. We recommend booking your hotel in advance because even if the place is still lesser-known, it does see its share of heavy tourism in the winter season. 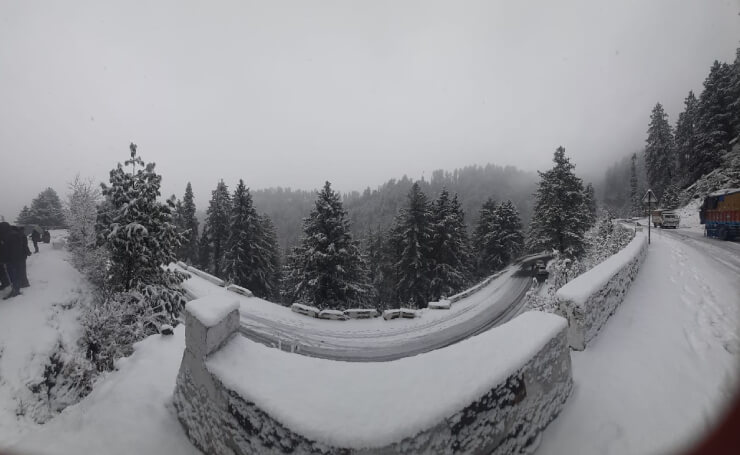 Mostly treated as a pitstop to several travel destinations in Himachal, Narkanda lacks any potential of becoming the best winter place to see snow.

The snowfall here is mostly recorded in the month of December but then in November also, it is not an unusual sight. Narkanda is also gaining popularity gradually for offering an opportunity of skiing.

I am confident, these winter destinations in north India will not disappoint you. Do let us know if this blog helped you in planning your vacation in the comment box below, we’ll be happy to hear from you.

Q.What are the best months to see snowfall in India?

The best months to see snowfall in India are December, January, and February.

Q.Which places in India can I visit to see snowfall in January?

Shimla, Manali, Gulmarg, Pahalgam, Auli, Mussoorie, Nainital are some of the best places you must visit to see snowfall in January.

Q. Can we see snowfall in October in India?

Yes, in places like Rohtang Pass and many places in Ladakh, snowfall can be witnessed in India in October.

Q.What are some places to visit in Sikkim to see snowfall?

Some of the best places to visit in Sikkim to snowfall are Tsomgo Lake, Yuksom, Nathula Pass, Lachung, Lachen, Yumthang Valley, Ravangla and Zuluk.

Q.Where in north India can we see snowfall?

In states like Jammu & Kashmir, Ladakh, Himachal Pradesh, and Uttarakhand, snowfall can be witnessed in the winter season in India.

Q.Does it snow in Arunachal Pradesh?

Yes, one can visit snow in Arunachal Pradesh’s Tawang and areas around it in the winter season.