Nepal is not just known for its mighty Himalayas, gorgeous nature, and pristine environment, the rich heritage of Nepal is something which also gathers a lot of attention amongst travellers. And to discover this aspect of the country, there isnât a better way than witnessing the festivals of Nepal. Taking you on a Nepal cultural tour, each festival boasts some Hindu religionâs influence. By being a part of the amazing Nepali fiesta, you have a chance to get acquainted with the enriching culture and customs of the lovely people of the country. To help you, I have compiled a Nepal festival list which includes the top festivities of the country for you to witness. 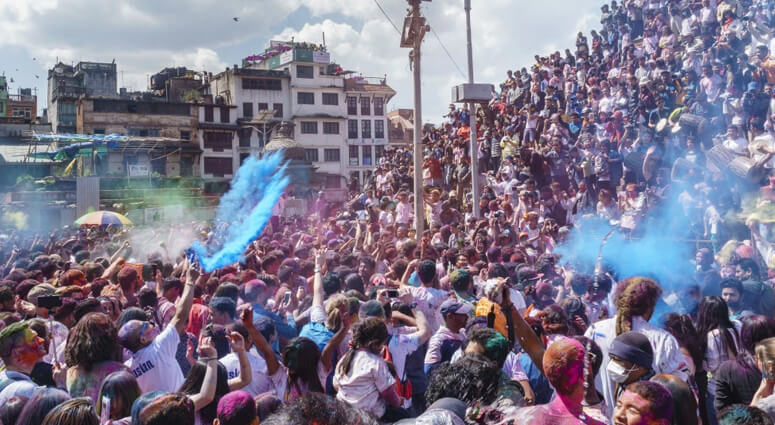 What you call Holi in India is Fagun Purnima for Nepal. The celebration of this vibrant festival is pretty much the same as India. Fagun is observed for continuously two days; on the first day, Fagun Purnima is celebrated where firewoods are placed in inverted V shape and are set up on fire to celebrate the death of a demoness – Holika. This ritual of burning firewoods is touted as Holika Dahan. On the last day of the festival, people can be seen throwing colours and water on each other in a playful manner. The festival is celebrated in the month of March and it is due to this festival of Fagun Purnima, the month is considered the best time to visit Nepal. Another highlight of this festival is the savouries that are prepared in every house. 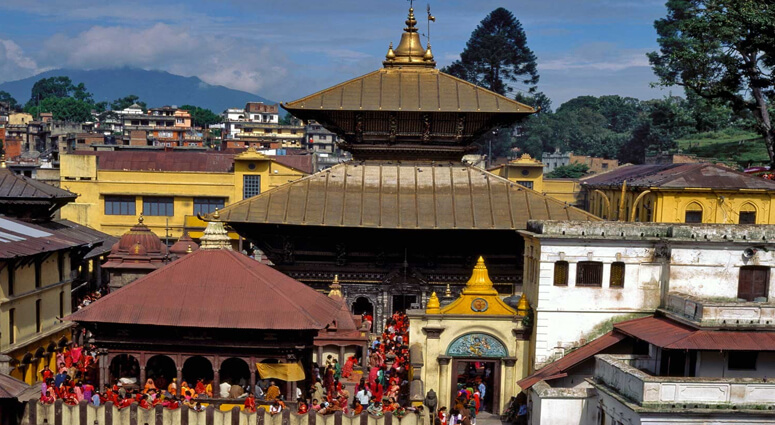 Maha Shivaratri, the literal meaning of which is the âNight of Shivaâ, is one of the major festivals of Nepal. Celebrated on the no-moon/new moon night of the 14th day of the Hindu month of Magha (January – February), Shivratri commemorates Lord Shiva and marks the celebration of the night when he performed his cosmic dance (Tandav). It is said that the stars in the Northern Hemisphere remain at their best positions that could help one to increase his spiritual energy. On this pious day, a large fair is held in the region of Pashupatinath. Sadhus cover their bodies with ashes and pay their homage to Lord Shiva throughout the night. All night, pilgrims chant âOm Namah Shivayaâ and âMahamritunjayaâ. 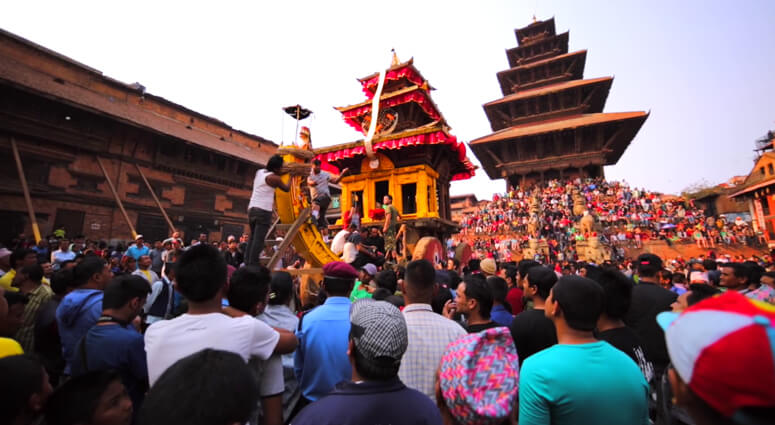 Marking the ancient solar New Year of Nepal, Bisket Jatra is one of the popular events observed in Bhaktapur along with other parts of the Kathmandu Valley. The festival commences after a special ritual in Taumadhi Tole in Bhaktapur. The Jatra begins four days prior to the Nepali New Year. As per the folklore, the festival was first celebrated during the time of Malla dynasty. However, the key highlight of this nine-day long festival is the procession of a large chariot of Lord Bhairavanath which is pulled by devotees. In the procession, a tug of war is observed between the western and eastern side of the town to pull the chariot on their side. Thereafter, this chariot is taken to a 25 m high pole with two long pieces of cloth that depict the dead snakes where the tug of war is again observed. In the fight, the pole is pulled down and with that, the Nepali New Year starts. The festival of Bisket Jatra includes spiritual enchantment, merry-making, music and dancing.

Amazing Things to Do and Places to Visit in Kathmandu 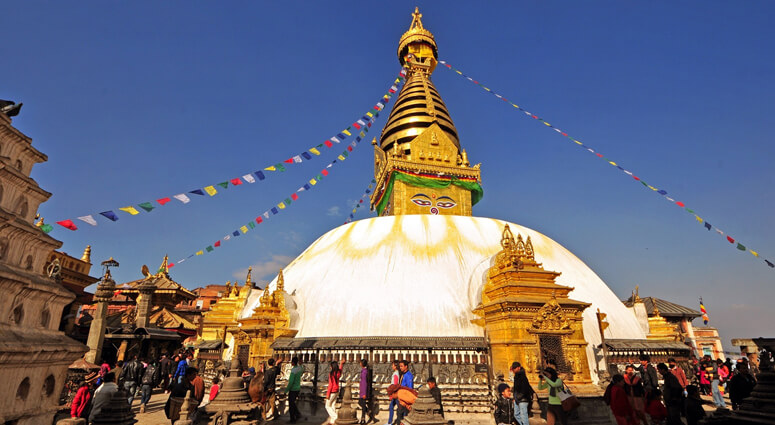 For Buddhist and Hindus of Nepal, Buddha Jayanti is one of the major festivals. The festival celebrates the entire life of Lord Buddha including his birth, enlightenment and death. On this pious day, lakhs of devotees from round the world visit the famous Maya Devi Temple in the birthplace of Gautam Buddha, Lumbini, to commemorate Lord Buddha. Besides, a large rally is observed by the devotees to visit the Buddhist Stupas. Often entitled as Buddha Purnima, the festival of Buddha Jayanti falls in the summer month of May or June. Along with Lumbini, Devdaha (the maternal home of Lord Buddha) and other Buddhist sacred places and monasteries remain dotted with innumerable devotees. In Kathmandu Valley, Lord Buddha is commemorated at two popular stupas Boudhanath and Swayambhunath.

Celebration Month: May or June 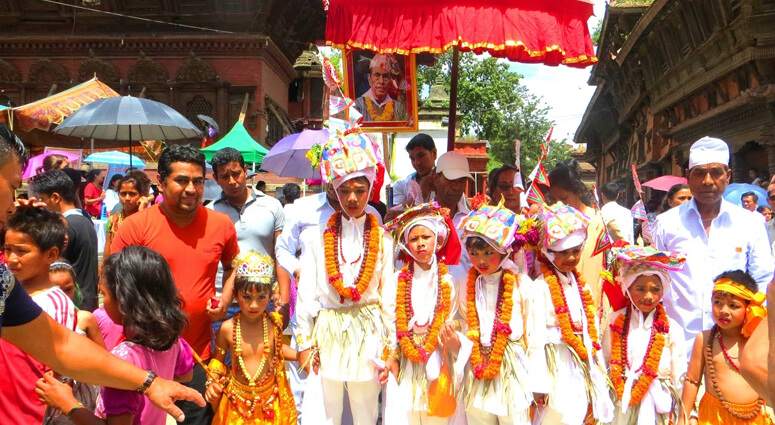 Out of all the religious festivals of Nepal, Gai Jatra is a significant one as it commemorates the death of family members during the year. Observed for continuous eight days, Gai Jatra is celebrated by the people of Newar community residing in the Kathmandu, Bhaktapur and Lalitpur districts. As a custom in the festival, a cow is sent for the procession by the members of the family. After bathing, the cow is worshipped by the people by putting a tika (vermilion powder) on the head. Thereafter, the procession of the cows is carried out in the memory of late family members. However, this happens in the first half of the day of the festival. The second half is devoted to entertainment which includes music, dance and lots of laughs. On the second day of the festival, a typical Buddhist festival is observed, which is touted as Mayata. In this festival, devotees visit all the 150 monasteries in sequential order. Throughout their journey, various holy offerings are given along with the lighting of butter lamps.

Famous Attractions to See & Things to Do in Nepal 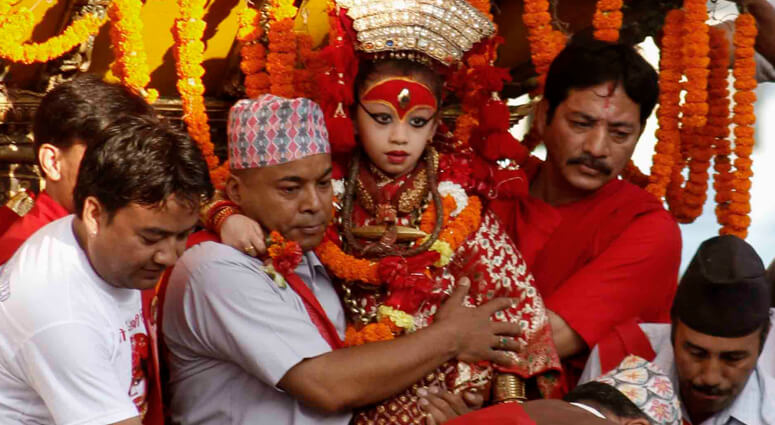 Another popular cultural festival in Nepal for the Newari community of the Kathmandu Valley, is Indra Jatra. Celebrated for continuous eight days to please the God of rain, Indra, for the good harvest in the coming year. Also called as Yenya Festival, Indra Jatra is observed after the celebration of Gai Jatra. The festival falls in the month of August or September and is celebrated with gaiety and religious fervour. The festival also signifies the end of monsoon season and the beginning of harvest season in Nepal. In the celebration of Indra Jatra, a procession of the chariot of the living Goddess Kumari along with separate chariots of Lord Ganesha and Bhairav are carried out. In the procession, the locals can be seen wearing masks and dancing on the beats of the drums. The festivity begins with a pole-raising ceremony at Basantpur Square. Throughout the days of the celebration of Indra Jatra, all the ancient palace buildings and shrines are lighted with earthen lamps. Besides, an enactment depicting manifestations of Lord Vishnu is also performed at each night of the Indra Jatra festival. The eight-day celebration ends with the lowering of the pole with religious rituals and ceremonies. 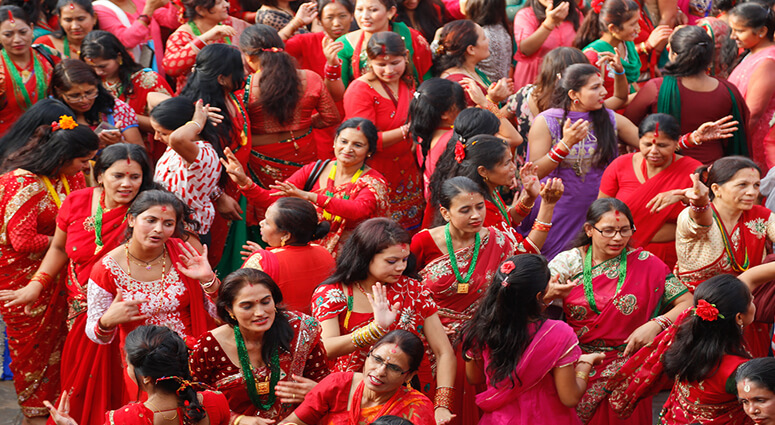 On the auspicious day of Teej, Lord Shiva is worshipped by both married and unmarried women in Nepal. As a part of the festival, women fast and pray for the long life of their husbands, children, and marital bliss. This Hindu festival is also called Hartalika Teej and is observed in the month of August or September. The fast is observed for three days. The first day fast starts with a âdarâ khana (heavy food). While on the second day, the women fast and pray to Lord Shiva for the wellbeing and prosperity of their family (husband and children) and unmarried girls fast for a good life partner. On the last day of Teej (Rishi Panchami), women break their fast by eating karkalo ki tarkari (Colocasia leaf curry) and chokho. On the third day, homage is paid by the women to seven saints. Followed by this, they bathe in the nearest river with the leaves and roots of datiwan bush. It is believed that this sacred bathe cleanses all the sins of a woman. Teej is one of the must-see festivals in Nepal mainly because of its vibrant celebration which includes rigid fasting, a grand feast, bathing in the holy river and praying to Lord Shiva. 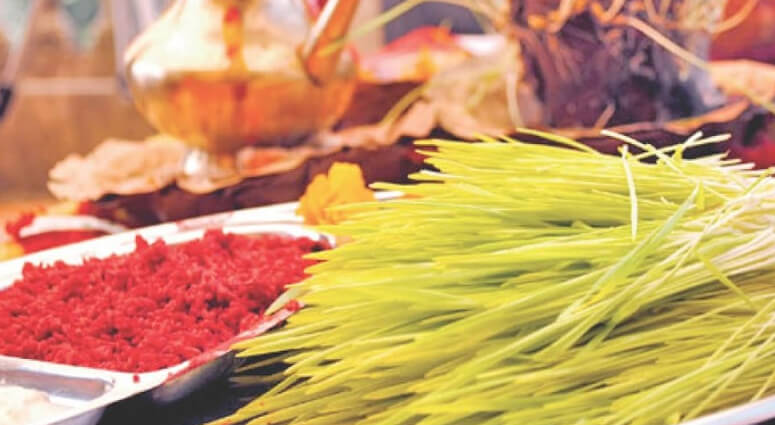 One of the longest-running religious events in Nepal is the festival of Dashain. Observed for a whole long period of 15 days, Dashain marks the victory of Goddess Durga over the demon Mahisasur. The festival is celebrated in the entire country with so much zeal and ardour. Commencing from Shukla Paksha (bright lunar fortnight) and ending on Poornima (full moon day), the festival of Dashain falls in the month of September or October. Throughout these pious days, people worship Goddess Durga and also host celebrations for good harvest and fertility of the land. Besides, fairs, feast and family gatherings are also observed during this festival. It is said that the first nine days of the festival signify the battle between virtue and vice. Whereas, the tenth day represents the victory of good over evil. On the 10th day, family gatherings and feast are organized by the locals. Animal sacrifice is a common ritual in the celebration of Dashain. 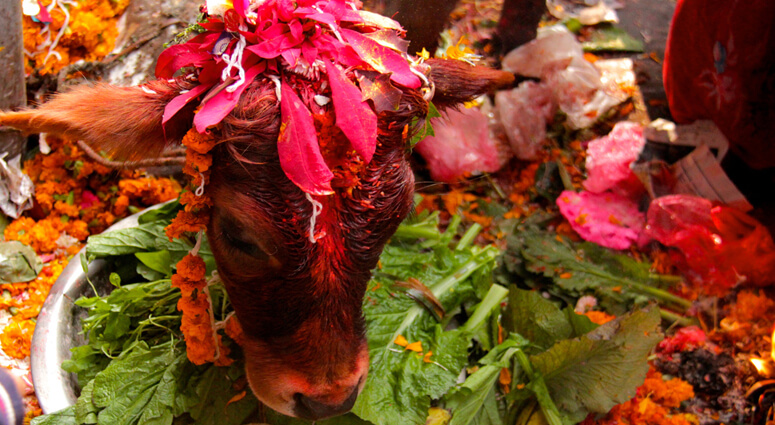 The festival of lights, Diwali, is touted as Tihar in Nepal. Celebrated widely in all the regions of Nepal, Tihar is the second most important religious festivals of Nepal after Dashain. The festival takes place for five days in the Nepali month of Kartik (October – November). Throughout these days, Goddess Laxmi is worshipped by the people of Nepal for good wealth and luck. Besides, cows, crows and dogs are also commemorated during the festival. The celebration of Nepali Diwali is bit similar to that of India; numerous candles and earthen lamps are lit by the people to pay homage to Goddess Laxmi. Each of the five days of Tihar has its own significance. The first day is sacred for cow – The Messenger of Death. Whereas, the second day commemorates dog – The Guardian For the God of Death. Coming on to the third day, Goddess Laxmi is worshipped by the people. The fourth day is all about thanking cows. And the fifth day is the Tihar Tikka which is placed by the sisters on the forehead of their brothers. On this day, Yama – The God of Death is worshipped by sisters for the good health and long life of their brothers. In return, the brothers present the gifts to their sisters just like that of âBhai Doojâ in India.

Most Anticipated and Worldwide Celebrated Festival of Lights- Deepawali 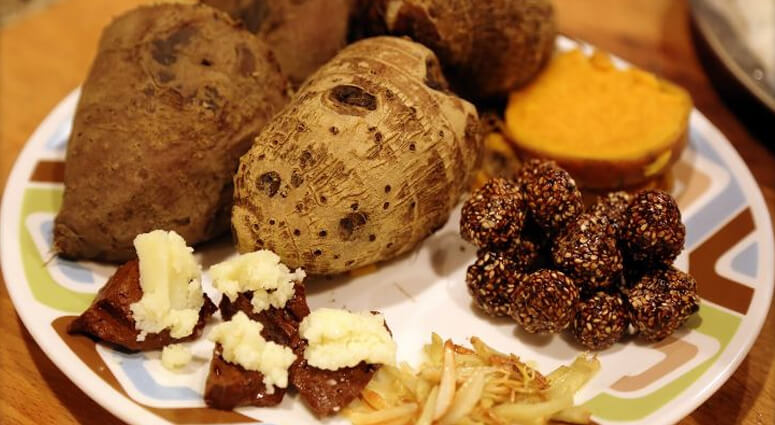 On the first day of the month of Magh, the festival of Maghe Sankranti is celebrated in Nepal with much zeal and ardour. The festival marks the ending of cold days and beginning of warmer weather with a hope of a better fortune and health. It is believed that during this winter festival, the sun starts moving towards Northern Hemisphere. During the pious day of Maghe Sankranti, people take a dip into the pristine waters at the surreal confluence of rivers Devghat and Chitwan. In the day time, a family feast is organized where delicacies like sesame seed laddus, sweet potatoes, molasses and yam are cooked. Not just this, throughout the month of Magh, local pay homage to Lord Vishnu.In the Tharu community of Terai region, the first day of Magh month is celebrated as Maghi (New Year).

Being a major part of cultural tourism in Nepal, these festivals are something that you must not miss witnessing in the country.

Giving you an easy solution of being a part of these vibrant festivals, Tour My India has curated some amazing Nepal Festival tour packages and that too at best possible prices. For more you can mail us at info@tourmyindia.com or can also call us at +919212553108. Hoping to serve you soon!

Comes from the âheart of Indiaâ, Delhi, Jatin is big-time dreamer. He is a travel blogger who loves to express about his ventures through his writing. Besides being a blogger, he is a foodie, who follows the aroma to reach some of the most amazing places to eat. Another thing that is equally important to him is sports; he eats, sleeps and breathes cricket!

Nepal being adventure lover’s paradise in Asia, is known for the stun...

Nepal is famous worldwide for its adventure sports options that entice adre...

Travelling is everyoneâs dream and putting up a social media post saying ...