Pench Tiger Reserve has announced to keep open the buffer zones for monsoon wildlife safari from July 1st. However, the other zones, which are popular for tiger sightseeing, will be closed due to rain.

This year, due to the delayed monsoon, people enjoyed exploring Pench National Park, for the maximum days, till June 30. Generally, the zones used to be closed by June 15 every year, as damaged roads become harder for Gypsys to manoeuvre.

The news has been also shared on social media sites by the official handle of Pench Tiger Reserve with a picture of a beautiful sub-adult tiger. The authority also encouraged the enthusiasts to experience a monsoon wildlife safari in Pench this year. Moreover, the deputy director of the reserve, Prabhu Nath Shukla said that from next week onwards they will allow tourism in the buffer zones and open two new safari routes from Nagalwadi with 40 kilometres each. He also added that two cycling routes will be opened from Kolitmara-Suvardhara and Kuwara Bhivsen. 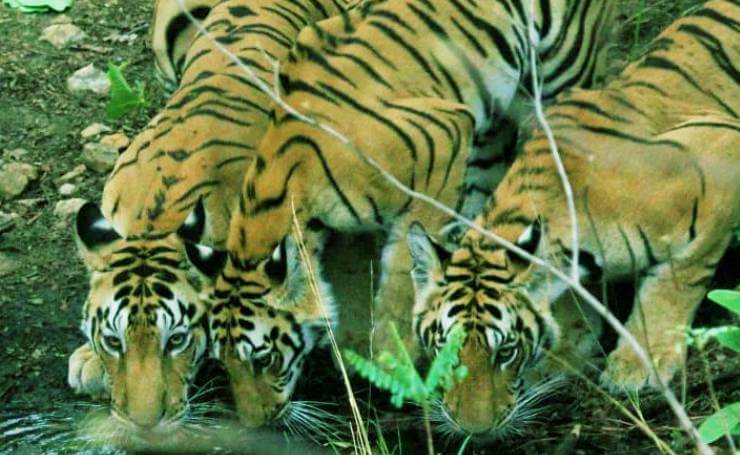 Prabhu Nath Shukla also announced that cycling, nature trail and agro-tourism will be available at Paoni and Kolitmara zones and Pench National Park Monsoon Jungle Safari will be available in the buffer zone from Paoni (around 25 kilometres). There will be five Pench Monsoon Tiger Safari vehicles from Sillari for the Paoni zone and nine vehicles from Surewani.

Which zone of Pench Tiger reserve is open for monsoon safari?

The Paoni and Kolitmara buffer zones will be open for monsoon safari, which is the best thing to do while spending a monsoon wildlife vacation in Madhya Pradesh.

What are the chances of tigers sighting in the monsoon in Pench?

Pench Tiger Reserve is one of the best places to explore in the monsoon in India. The buffer zones in the reserve alone attract over 50,000 visitors in the monsoon over a few years. As nature gets refreshed and the river becomes full of water, tigers come closer to the water bodies and the chances of tiger sightings become high.

Which are the top destinations for Wildlife safari tours in Tamil Nadu?