Bhutan Decides to Reopen Border for Tourists on September 23 | Tourism

Bhutan has decided to reopen its border for international tourists from September 23. Along with this, the government has also brought a new tourism policy with the primary focus on controlling carbon footprints in the country.

Itâs been two years, since 2020, the entry of tourists had been stopped when Bhutan started reporting Covid-19 cases. Later, the government allowed international tourists into the country after undergoing a quarantine phase for 14 days, which was again reduced to five days.

On Wednesday, the Tourism Council of Bhutan Government announced in a press release that the country is all set to open its border again, but this time the main focus will be on the sustainability of the tourism sector.

Dr. Tandi Dorji, Foreign Minister of Bhutan and the Chairperson of the Tourism Council said on Wednesday, âCOVID-19 has allowed us to reset â to rethink how the sector can be best structured and operated, so that it not only benefits Bhutan economically, but socially as well, while keeping carbon footprints low. In the long run, our goal is to create high-value experiences for visitors, and well-paying and professional jobs for our citizens.â 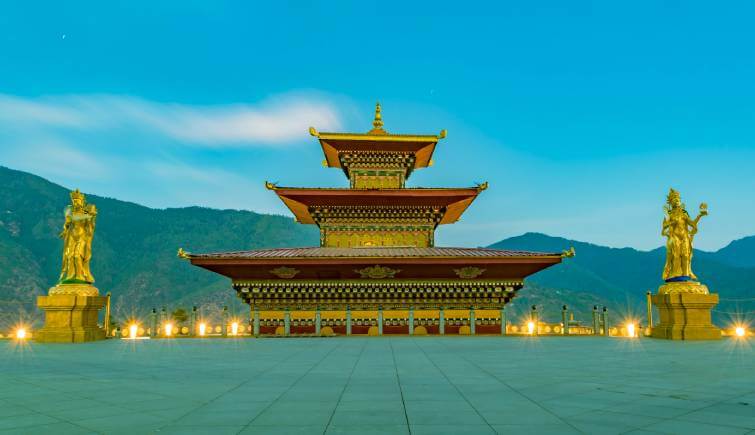 He also said that owing to the effects of climate change on the country, the renewal of tourism policy or the Bhutan Tourism update will focus on three key areas, such as-

From September 23rd onwards, as per the Bhutan Tourism update 2022 â

The changes in the fee structure have already come into effect on June 20, 2022.

Moreover, there will be no Minimum Daily Package Rate fixed by the governments, meaning travellers can now engage with the service providers directly at their convenience.

As Bhutan is opening its borders to tourists again, you can now start to plan Bhutan tour with TMI. We offer several family tour packages to spend holidays in Bhutan, which come at affordable prices. Most importantly, as MDPR (Minimum Daily Package Rate) will be removed from 23rd September, you can now have flexibility in selecting the places and directly contact us.

You can now visit popular sightseeing places in Bhutan by choosing any of our tour packages.

Known as Taktsang Monastery of Guru Rinpoche, Tigerâs Nest is one of the must-visit places in Bhutan. Overlooking the breathtaking views of Paro Valley, the trail to the monastery is world-famous as the architecture hangs on the cliffs above a lush green forest. The majestic views of the cave temple will surely blow your mind.

One of the world-famous tourist spots in Bhutan, Punakha Dzong is the second largest dzong in Bhutan. It is also famed for being the residence of the head clergy of Bhutan in winter, when the capital shifted to Punakha. The interesting architecture of the dzong along with its historical references are the two main reasons for tourists to visit this place.

When will Bhutan open to tourists?

As per the press release of the Tourism Council of Bhutan Government, Bhutan opens for international travellers from September 23.

What are the Covid entry requirements for Bhutan?

As per the last announcement made by Bhutan Tourism Department in June, if the travellers are fully vaccinated â

If the travellers are not vaccinated-

However, both types of travellers must undergo a five-day quarantine after arriving in Bhutan. Reportedly, the quarantine will be lifted from September 23rd, 2022.

Are there any quarantine restrictions for international tourists in Bhutan?

International tourists are required to produce a negative PCR report taken not more than 72 hours and a vaccination certification for Bhutan Travel. They have to undergo a five-day quarantine, which will be lifted from 23rd September, 2022.

From the âCity of Joy,â Kolkata, Nandini Bhattacharya is a Travel Writer by profession and traveller by passion. She loves to explore places around the world, new cultures, different cuisines and all new things that one can learn outside the home. She also loves to document her journey so that people can be inspired and travel more. Nandini is a nature lover and talks about sustainable tourism. She wants to make this world a good place where people can live healthy and happily.