Kumaon Region in Devbhoomi (The Land of Gods) Uttarakhand is no less than a dreamland where the trekkers can get lost in the beauty of the majestic Himalayan peaks, sprawling meadows, small rural settlements, the sounds of the gurgling rivers and waterfalls, and the mystery of dense forests. This region in Uttarakhand remains less-trodden but by no means it lacks adventurous treks. Be it Adi Kailash & Om Parvat Trek or the Pindari Glacier Trek or Milam Glacier Trek, with our trekking tour packages in Kumaon, Uttarakhand, you are guaranteed an ultimate experience where the adrenaline will never stop rushing and the heart will always skip a beat!

Know More About Trekking in Kumaon 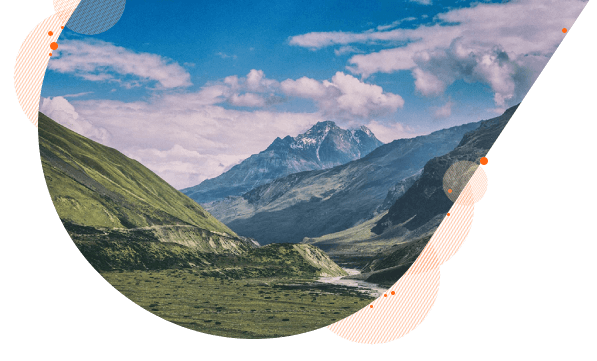 Best Time for Trekking in Kumaon

One of the two regions that Uttarakhand is majorly divided into, Kumaon is home to lush greenery, lofty mountains and sparkling lakes and rivers. The diverse topography also makes it a great land for adventure of trekking & hiking.

The best time to trek in Kumaon is the summer season (April to June) when the meadows and forests are lush and many treks open.

Q.What are the popular high altitude treks in the Kumaon Himalayas?

Some of the popular high altitude treks in the Kumaon Himalayas are Adi Kailash Trek (4,770 meters) and Nanda Devi East Base Camp (4,250 meters).

Q. What are popular winter treks in Kumaon?

Some of the popular winter treks in Kumaon are Binsar Trek, Nainital British Trail and Bhatkot Adventure Treks.

Q. What are best offbeat or unexplored treks in Kumaon?

Some of the beat offbeat or unexplored treks in Kumaon are Milam Glacier, Ram Ganga Valley, Lipulekh and Ralam Valley Trek.

Q. What are popular difficult treks to do in the Kumaon Himalayas?

Some of the popular difficult treks to do in the Kumaon Himalayas are Sinla Pass, Namik Glacier and Adi Kailash Yatra.

Other Popular Adventure in Uttarakhand

Q. When is the best time to do Kumaon Himalayan Treks?

Although trekking in Kumaon can be enjoyed throughout the year, April to June and September to November is the best time for going trekking.

Q. What are the best treks for families & beginners in Kumaon?

Some of the best treks for families and beginners in Kumaon are Kafni Glacier Trek, Panchachuli Base Camp and Pindari Glacier Trek.

Q. When is the best time to do the Adi Kailash Yatra in the Himalayas?

The best time to do the Adi Kailash Yatra in the Himalayas are June to September.

Q. How is the internet & mobile phone connectivity in Kumaon Himalayan Treks?

Mobile and internet connectivity may not always be available during the treks in the Kumaon Himalayas.

Q.What are the popular religious & spiritual treks in the Kumaon Region?

Some of the popular religious and spiritual treks in the Kumaon region are Adi Kailash Trek and Nanda Devi Base Camp Trek. 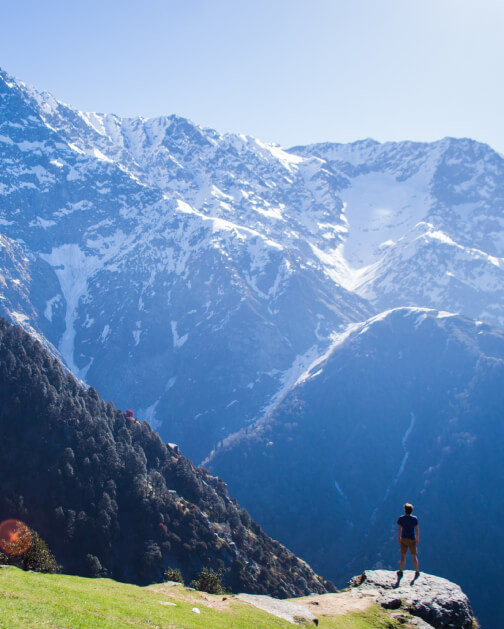 The distant located Munsiyari and Pithoragarh make for the popular base points for almost all the important treks in Kumaon region.

According to the level of difficulties, the treks in Kumaon are divided under three categories namely, easy, moderate and difficult. While Kafni Glacier (4000 m) and Pindari Glacier (3900 m) treks are the most preferred short treks in Kumaon Region, Milam Glacier (5486 m) and Sunderdhunga Base Camp (4100 m) treks make for the best moderate treks in the region.

There are a number of difficult treks in Kumaon that may test the trekkers’ endurance and strength but reward them with unmatched views and experiences. Adikailash Trek (4770 m) and Nanda Devi East Base Camp (4250 m) are some of the most difficult and at the same time rewarding treks in Kumaon Region. The Nanda Devi East Base Camp also takes the maximum number of days (16-18 days) for trekking amongst all the treks in this region of Uttarakhand.

Our Kumaon trekking packages designed specially for you are about exploring the remote villages that sit under the shadow of mighty snow-clad Himalayas. The simple lifestyle and rich culture will surely win your heart.  As much as Kumaon is known for its great trekking trails, it is also popular for its hospitality which can be experienced in its remotely located hamlets. On most of the trekking trails in Kumaon, you will come across a number of streams and rivers like Gori Ganga, Kafni, and Pindar that accompany you almost everyday of the trek. One also have the opportunity to sight lofty Himalayan Peaks like Panchachuli, Hardeol, Trisuli, Rishi Pahar, Rajrambha, Chaudhara and more.

The region also boasts sprawling meadows which make an excellent base for camping while trekking. Unlike the Garhwal Region, the meadows in Kumaon are lesser-known and thus, if you are trekking here in summer season, the velvety grass amidst wilderness comes as a pleasant surprise.

More About Trekking in Kumaon