The cultural and literary capital of India, Kolkata is a melting pot of different cultures, traditions and philosophies. The cultural and literary scene of the city is enriched by such stalwarts like Ishwar Chandra Vidyasagar, Bankim Chandra Chattopadhyay, Rabindranath Tagore, and social reformers like Ram Mohan Roy, Swami Vivekananda. Kolkata was also the cradle of the Indian freedom movement and there are many buildings and monuments of the Raj era that can be found in the city. Another thing that is great about the city is that it has a number of museums that have safely preserved the past so that people of all age groups can visit these museums and learn about their ancestors, about the city and more importantly get inspiration. Many of these museums are regarded as some of the best in the country, and it would be wise to include it in your itinerary if you are planning a visit to this vibrant city. Here is a list of some of the most interesting and well-maintained museums in the city:

Built between 1906 and 1921, the Victoria Memorial is a huge marble structure built in the memory of Queen Victoria, who was the monarch of the United Kingdom of Great Britain and Ireland. The man behind the memorial Lord Curzon, the then Viceroy of India and a visionary, however, didn't see the building as just another grand building to trumpet British hegemony, but instead wanted it to be a center of intellectual emancipation that will throw light about the past and guide the future generation. He believed that the memorial will not just serve the city, but also the national and international community.

Easily one of the most talked about and popular museums in India, it has in total 25 galleries with the royal gallery, national leaders gallery, arms and armory gallery, and the latest Calcutta gallery being the prominent ones. Paintings of Thomas Daniell, the famous English painter, are a major attraction at the memorial. The place is also a treasure trove for book enthusiasts as there are a number of rare and antiquarian books by Shakespeare, Omar Khayyam and Wajid Ali Shah. The themes of these books range from literature to dance to science. If you want to look back at the history of Calcutta and learn how it has evolved, the Calcutta gallery is the place for you - there are a number of visual displays with interesting anecdotes that will keep you glued.

One the premier science museums in the country, Birla Industrial & Technological Museum has been instrumental in promoting as well portraying the growth of science & technology in the country. Daily science shows are held at its premises to educate students about the nuances of science and technology. Popular lectures given by eminent academicians, sky observation, and Creative Ability Center (CAC) are key educational activities undertaken by the museum.

One important agenda of the museum is to encourage students in the rural and urban areas to pursue science and technology. For this purpose, the museum organizes science seminars, science fairs, engineering fairs, and science film festivals among others. Looking at the enthusiastic response of students towards these programs, it can be safely said that the future of science and technology looks bright in the country. The museum gives budding scientists and innovators a great platform where they can demonstrate their creations and get instant feedback. If you are a science buff at heart, you simply can't ignore the Birla Industrial & Technological Museum, for it will fascinate and give wings to your dreams like no other place. 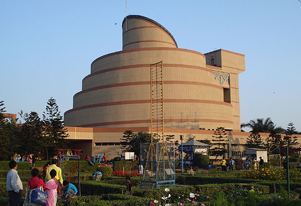 A one of its kind, Science City is the largest science center in the Indian subcontinent and a jewel in the crown of Calcutta. It has two facilities - The Science Center and The Convention Center. The Space Center in turn has different branches like Space Odyssey, Dynamotion, Evolution Theme Park, Maritime Centre apart from a Science Park.

The main features of the Convention Center include the Grand Theatre, which can accommodate 2232 people at one time, a Mini Auditorium, and a Seminar Hall. Most of the facilities are fully air-conditioned and have been outfitted with modern amenities making it the go-to place for holding conventions, meetings, and even cultural programs.

For the student community, in particular, Science City is a repository of information that helps and encourages them to take on the world.

Built in 1933, the Academy of Fine Arts is rated amongst the best art societies in India. It hosts eight galleries on the ground floor, which showcase the best in the field of contemporary arts. The collection includes out-of-the-world paintings and sculptures by Indian and International artists and are a testament to their creative and innovative genius.

A common meeting ground for the culturally conscious people of the city, the Academy has paintings and collections from as far back as 1900 to until now. Some of the prominent figures whose work are displayed include Acharya Abanindranath Tagore, his brother Gaganendra Nath Tagore and disciples - Nandalal Bose, Asit Kumar Haldar, Kshitin Mazumda, Samar Gupta. The academy also has a gallery with the theme Old Textiles where you will find a wide collection of rare old textiles from different parts of the country.

Then there is a big hall for organizing dance and theatre performances, and one where you can enjoy the superlative performances of the performers. A section of the hall has a gallery entirely dedicated to Rabindranath Tagore where one can get into the mind of this great being.

A museum and a cultural center, Ramakrishna Mission Swami Vivekananda's Ancestral House and Cultural Centre is one of the foremost places where the teachings of Swami Vivekananda are researched and preserved. Being the ancestral home of the Hindu monk who popularized the Indian philosophies of Vedanta and Yoga in the western world, the place is widely revered. Many consider Swami Vivekananda as the savior of Hinduism, so everything he did in his short life is very precious to them and something they want to associate with.

The ancestral home now comprises a museum, research center, a library and a charitable dispensary. An English center is also there. Participating in seminars and conventions that are held regularly in the premises is another way of learning about this great man and his teachings. 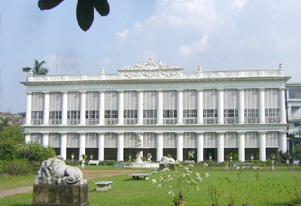 This elegantly built palatial mansion dates back to the nineteenth century, and gets its name from the marble walls and floors used across the complex. The building is based on Neoclassical style, and overlooks an open courtyard which has a Bengali touch to it.

Some of the important collections of the museum include a wide array of Western sculpture and Victorian furniture, as well as fine paintings by both Indian and European artists. These collections are a great attraction among people who are curious about the British era. Among the decorative items, the bust of kings and queens are very popular. Other decorative items worth mentioning include floor to ceiling mirrors, urns and large chandeliers. The Marriage of St. Catherine and The Martyrdom of St. Sebastian are two major paintings by Rubens displayed at the museum. Sir Joshua Reynolds is another prominent painter whose paintings are on display.

Just next to the palace is the Marble Palace Zoo, which was incidentally the first zoo in India. A firm favourite among children, these days it is mainly an aviary which hosts animals like peacocks, hornbills, pelicans, storks and cranes.

Explore other Popular Museums in India by Destination