15 Best Places to Visit in Ujjain 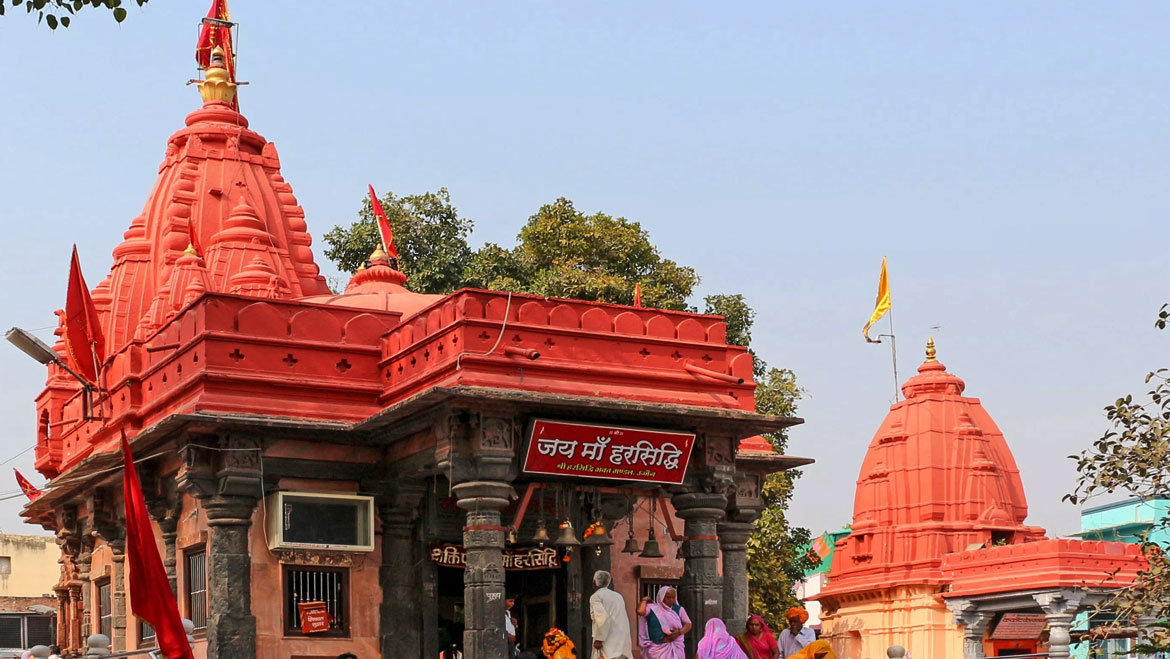 The ‘Temple City’, Ujjain, is thronged largely by the Hindu devotees. As the name given to it suggests, the city is dotted with number of big and small, old and new temples making it an important religious place in India to visit. However, Ujjain is not only for the Hindu devotees, there are few places in the city that marks it as a historic city as well. Situated on the bank of River Shipra, Ujjain is also the venue for the famed Kumbh Mela. Therefore, one cannot miss out on this lovely city that ever ready to shower blessings and make you walk back in time.

Here are some of the best places to visit in Ujjain: 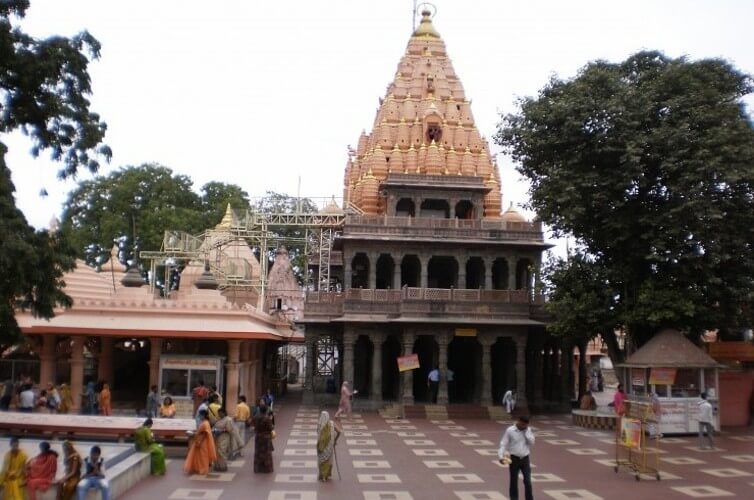 Mahakaleshwar Jyotirlinga Temple is one of the most famous Hindu temples that is dedicated to Lord Shiva. In fact it is one of the twelve Jyotirlingas, which are supposed to be the most sacred abodes of Shiva. Located in Ujjain, the temple is situated on the side of the Rudra Sagar lake with the presiding deity of Shiva in the lingam form also known as Swayambhu. The idol of Mahakaleshwar is known to be dakshinamurti, which means that it is facing the south, which is a unique feature among the 12 Jyotirlingas. The images of Ganesh, Parvati and Karttikeya are installed in the west, north and east of the sanctum sanctorum. To the south is the image of Nandi, the vehicle of Lord Shiva.Shri Mahakaleshwar is the most important temple in Ujjain city and is also famous for its Bhasm Aarti. 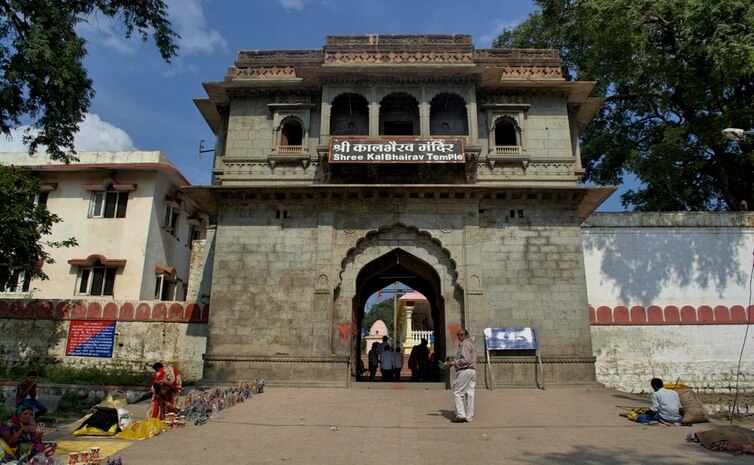 The Kalbhairava Temple is believed to be associated with the cult of Tantra of Hinduism. Therefore, many sadhus with ash-smudged bodies and long matted hair can be spotted around this temple on regular basis. In this temple, a Shivalinga is enshrined under a banyan tree inside the fringe of the temple opposite Nandi the Bull. According to legends, the bull was given to Shiva and Parvati as a wedding present from King Daksha, the father of Goddess Parvati. The temple comes to life especially on the festival of Mahashivratri, when devotees congregate in great numbers.

12 Worth Visiting Places in Haridwar 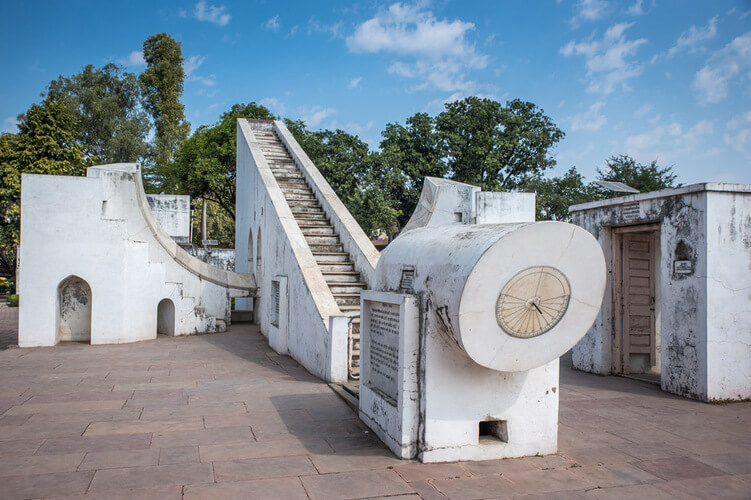 It is said that great works on astronomy such as the Surya Siddhanta and the Panch Siddhanta were written in Ujjain. Also, according to Indian astronomers, the Tropic of Cancer passes through Ujjain and it is also the fist meridian of longitude of the Hindu geographers. It is also said that at about the 4th century BC, Ujjain enjoyed the reputation of being India’s Greenwich. Vedh Shala or the observatory extant today in Ujjain was built by Raja Jai Singh (1686-1743), who was a great scholar and translated the works of Ptolemy and Euclid into Sanskrit from Arabic. Of the many observatories built by him at Jaipur, Delhi, Varanasi, Mathura, the one at Ujjain is still in use actively. Astronomical studies are conducted through the Department of Education and the ephemeris is published annually. There is a small planetarium and a telescope to observe Moon, Mars, Jupiter and their satellites. The observatory is also used for weather forecasts as well. 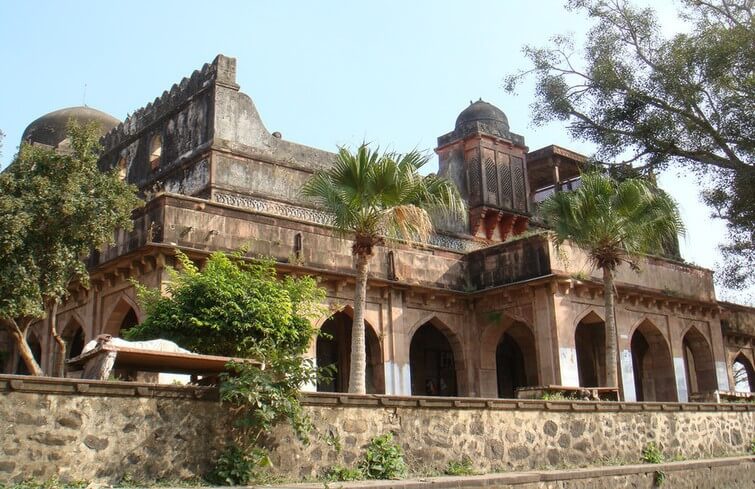 The historical palace is situated at a distance of 8 km from the town on an island in Shipra river. The palace was built by Mandu Rulers in the year 1458. Kailadeh Palace was built in Persian style of architecture. The palace took the brunt of time and huge portion of the palace collapsed. It was then mended by Maharaja Madhav Rao Scindia I in 1920. The palace is set in very calm environment that further adds to the surrounding natural beauty.

20 Historical Sites in India You Must See 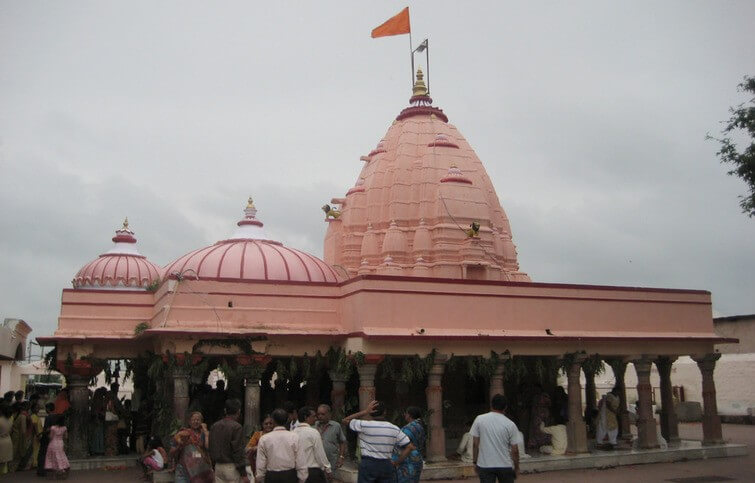 Situated on the bank of River Shipra on the Fatehabad railway line, Chintaman Ganesh Temple is one of the most visited places in Ujjain.The Ganesh idol enshrined here is supposed to be Swayambhu (born of itself). It is an ancient temple that has been done artistically. Worshippers throng to this temple because the deity here is traditionally known as Chintaharan Ganesh meaning “the assurer of freedom from worldly anxieties”.

Situated near the tank of the Mahakaleshwar Temple, Bade Ganeshji Ka Mandir is known for its colossal statue of the elephant-headed God. The head of the deity signifies wisdom, discretion and foresight that Hindus attribute to divinity.In the center of the temple is an exceptional statue of Lord Hanuman. What makes this deity so unique is the fact that Hanuman is depicted here with five faces, which symbolises courage, loyalty, devotion, strength, and righteousness. An important centre for learning, the temple is a place to attain knowledge in the field of astrology and Sanskrit. 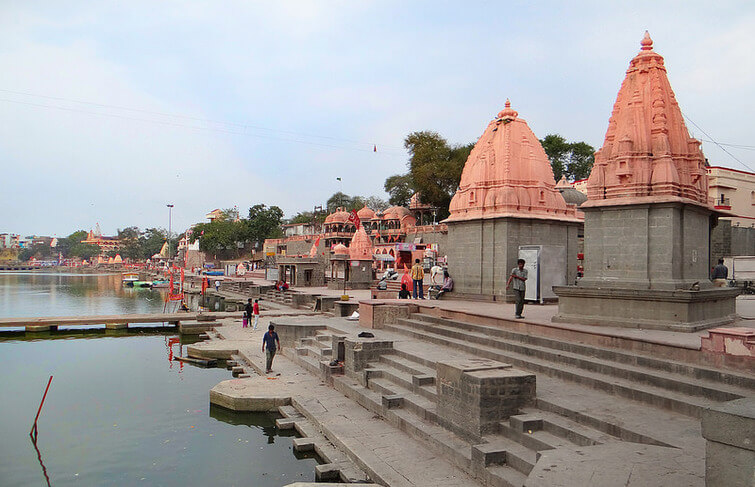 Ram Ghat is located near the Harsiddhi Temple in Ujjain is amongst the most popular places to see in Ujjain. The ghat serves as the Venues of Kumbh Mela that is held in every 12 years. On a regular day, devotees take a dip in the water here and perform their daily rites. It is believed that those people who take a holy dip in Ram Mandir Ghat will attain salvation. Apart from its religious significance, Ram Mandir Ghat is a good place for a leisurely walk especially in the early morning and at sunset. 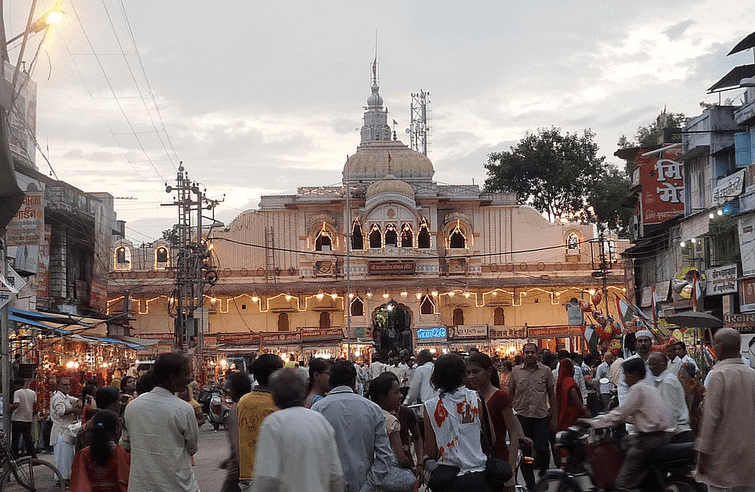 Dedicated to Lord Krishna, Gopal Temple in Ujjain is an example pf Maratha architecture. This must visit temple in Ujjain was built in the 19th century, by Bayajibai Shinde. The shrine is located in the middle of a big market and is a marble-spired structure with a two feet tall statueplaced on a marble-inlaid altar with silver-plated doors. The door in the inner sanctum is the same door, which had been carried away by Ghazni from the Somnath temple. Mahadji Scindia recovered the door and installed it in this temple.

Known as the tomb of Maulana Rumi, who was a Muslim, Rumi ka Maqbara is one of the popular places to see in Ujjain. The tomb is hexagonal and is five to six hunderd years old. Some speak of Rumi as a Turkish trader while others take him to be a commander of some army unit. This monument appears to have been constructed in his sacred memory. 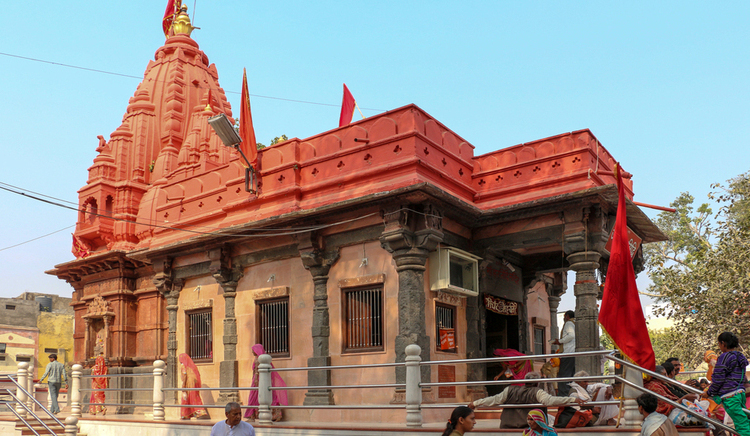 Harsiddhi Mata Temple is one of the Shakti peethas. It is believed that Goddess Parvati`s elbow fell here in Ujjain at this temple’s site. The temple has two unique pine-shaped iron lamp stands that loom to a height of 15 feet. The red temple, an ancient Hindu structure beyond the lamp stands symbolizing the potency of Durga, is peculiar to the Maratha art of architecture.Yet another special feature of Harsiddhi emple is the Sri Yantra, or nine triangles that represent nine names of Durga. A Yantra is symbolic of the cosmos and is used for meditation. Each division of a yantra is figurative of Shakti. Also enshrined in the temple are the dark vermilion image of Annapurna, the Goddess of Nourishment, seated next to Mahasaraswati, the Goddess of Wisdom and Knowledge.

25 Temples in Madhya Pradesh that are a Must Visit 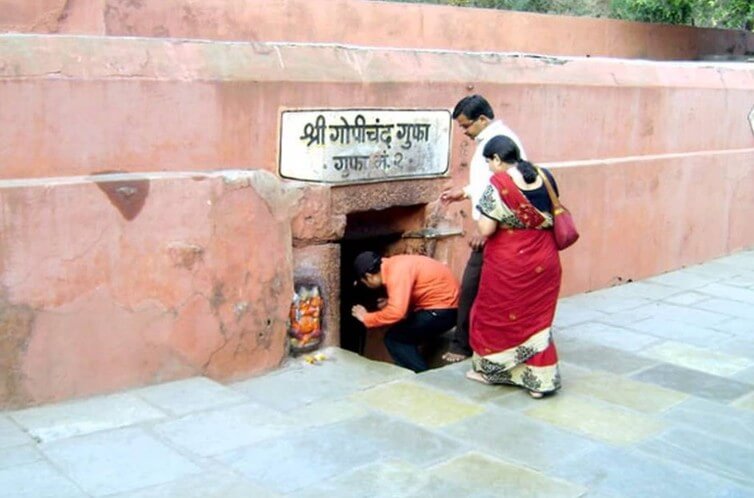 Bhartrihari Caves are amongst the mst important tourist destination in Ujjain. The aves are situated just above the banks of River Shipra near Gadhkalika Temple and are famous as the place where the step brother of King Vikramaditya meditated after renouncing all worldly possessions and relations. The name of the saint was Bhartrihari, thus the caves got this name. It is said that Bhartrihari was a great scholar and a talented poet. 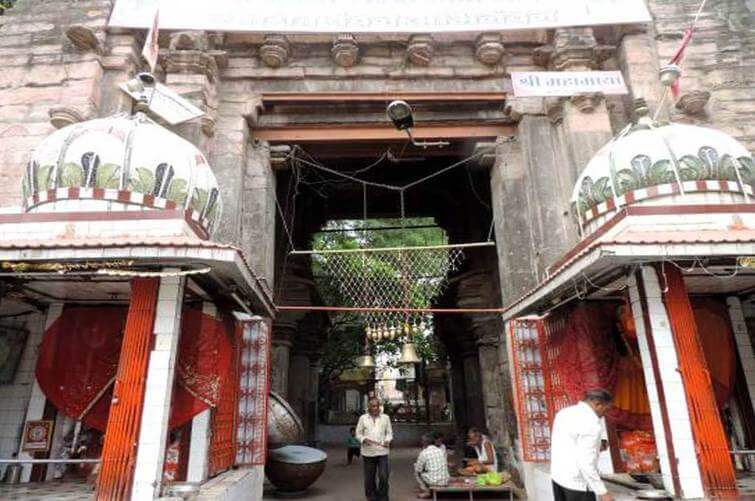 An impressive structure, Chaubis Khamba Temple is yet another best place to visit in Ujjain. Dating back to ninth or tenth century AD, Chaubis Khamba Temple are an example of architectural marvel. The majestic entrance gate of the Mahakala-Vana, the remains of which provides an amazing spectacle still is definitely a site to see in the temple. Two splendid images of goddesses are built on each side of the gate with the inscription of their names on the foot steps. Beautifully carved temple, Chaubis Khamba is definitely a must see in Ujjain.

15 Temples in India that have Interesting Tales 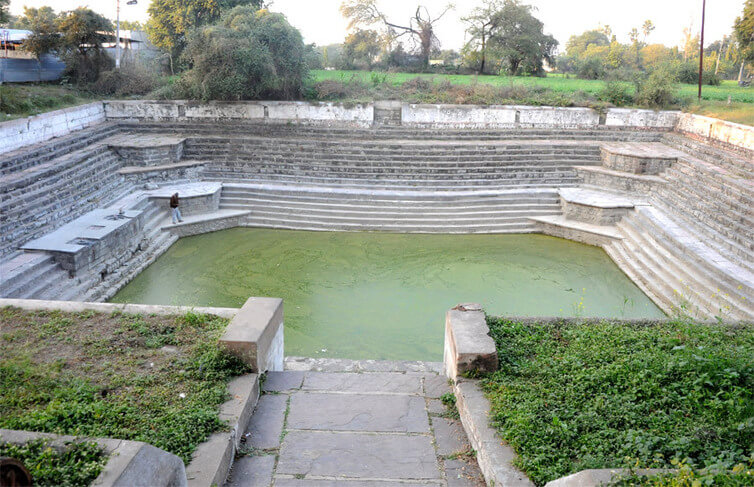 Gomti Kund is considered to be the place where Lord Krishna summoned the holy rivers from all the pilgrim centres so that his old Guru can peacefully do all the rituals. Gomti Kund is a steeped water tank, which situated near the Sandipani Ashram. This ashram bears references in the Vedas and Puranas and when it was excavated, it revealed 3,000 years old painted artifacts marking it as a significant place of ancient days. Remnants of excavation show a close resemblance to the articles found in Hastinapura, Indraprastha, Mathura and Kausambi. One among the oldest holy spot, Gomati Kund is the perennial source of water supply to the Ashram.

Top 14 Places to See in Rameshwaram 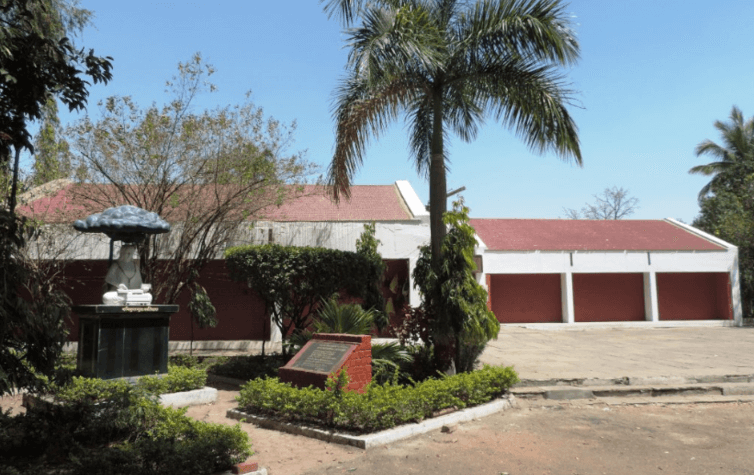 The academy was set up in Ujjain by the Government of Madhya Pradesh to immortalize the memory of the great poet dramatist-Kalidasa. This prestigious academy is a multi-disciplinary institution to project the genius of the entire classical tradition, with Kalidasa as the apex. At the academy one can research in Sanskrit classical and traditional performing arts, and facilitate its adaptation in different cultural settings and language groups. The Academy complex consists of a theatre, museum, library, lecture and seminary halls, mini stage for rehearsals, research facilities for scholars, and a large open air theater. 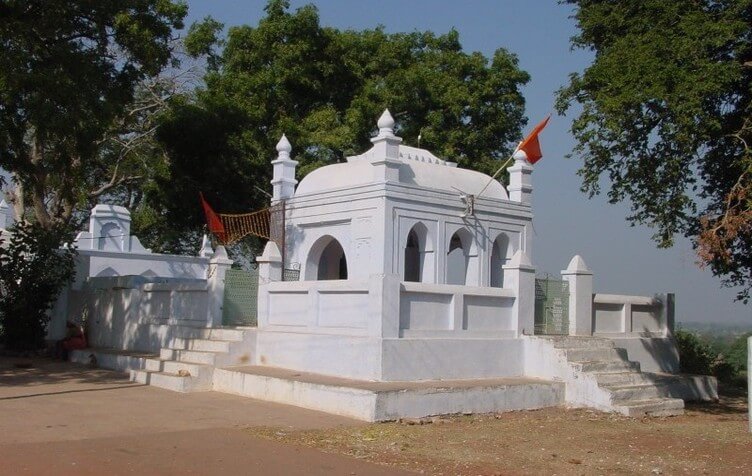 An attractive place in Ujjain, Pir Matsyendranath is situated on the bank of the River Shipra, close to the Bhartihari Caves and the Gadkalika Temple. The place is dedicated to one of the great leaders of the Natha sect of Saivism-Matsyendranath. Since the people of the Natha Sect also call their saints as ‘Pir’ like the Muslims, this ancient site is venerated by both the religions. It is believed that Pir Matsyendranath dates back to 6th and 7th century BC.

Ujjain is truly mesmerizing, covered in the holy blanket of faith and devotion, this city is truly worth visiting at least once. Please let us know if this blog helped you with sightseeing in Ujjain or in case you think that we missed on a destination or two. Also if you liked this blog please don’t forget to share this blog with others. And in case Ujjain is in your mind for your next tour in India, then let us help you plan a better one. We at Tour My India offer attractive tour packages and great discounts to make your visit in India quite a pleasant one. You can call us at 8744012087 or drop us an email at info@tourmyindia.com for more on our tour packages and deals.