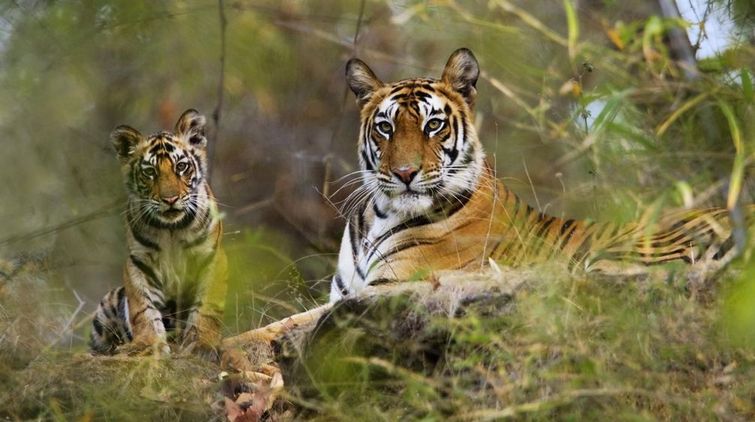 There is a good news from the jungles of the Madhya Pradesh. As per the current survey, there has been a constant increase in the number of tigers in Madhya Pradesh but there’s hardly any space to accommodate them. These statistics were revealed in the report of State Forest Research Institute, headquarters in Jabalpur. It has created unrest in the mind of authorities – since there’s no space in the jungle then there is a possibility that small cubs may stop by at the nearby villages.

To face the carrying capacity problem, though the park authorities are taking some initiatives like developing areas in Sanjay Gandhi Tiger Reserve, Satpura National Park, and Nauradehi Wildlife Sanctuary, but there are many challenges too. Ken-Betwa project is in the process, which as per environmentalists can submerge at least 4,000 hectares of Madhya Pradesh’s Panna tiger reserve. See below for the complete statistics of tiger population in Madhya Pradesh.