Know Everything About the Khajuraho Dance Festival 2021

The Khajuraho Dance Festival 2021 will be held from 20-26 February. The cultural essence lit the soul of thousands travelling from across the border. Once you step in the medieval city encircled by a fusion world of its own, you know it’s just the PERFECT BREAK. The classical strings of Indian history, rhythmical steps, holy aroma, massive walls and wilderness dotted with whispering flora and crisscrossed by rustling brooks makes Madhya Pradesh Tourism a pride of Incredible India.

A Brief on History of Khajuraho 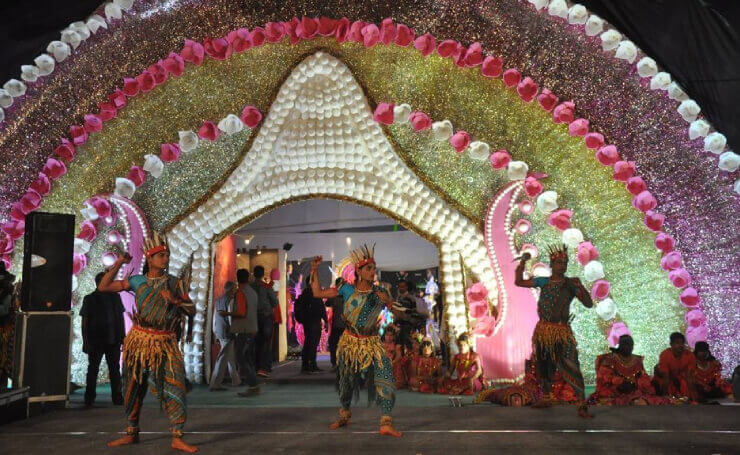 The history of Khajuraho takes you back between the periods of 10th century to 12th century, during the era of Chandela Monarchs. Let’s not go deep into the medieval era of the rich Indian history but something that offers a feast for the eyes and pampers our prurience are the Khajuraho Group of Monuments, one of the UNESCO World Heritage Sites of India, one of the seven wonders of India, and one of popular tourist attractions of Madhya Pradesh.

The Fusion of Classical Music and Dance 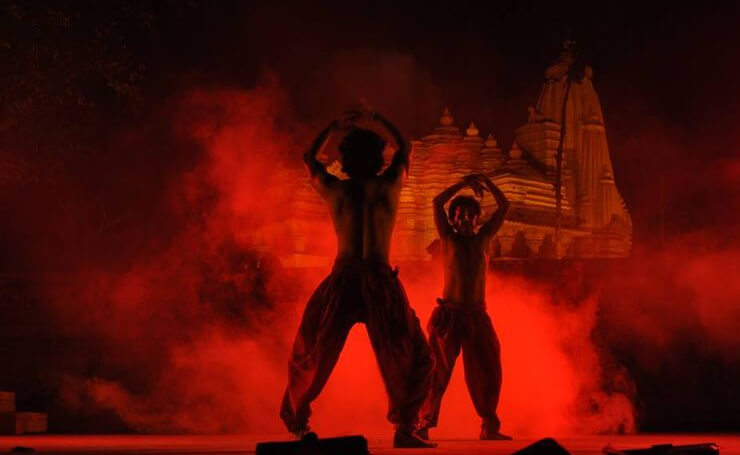 The rich and rich cultural traditions sprinkled in the year 2002 in the form of a fusion of varied Indian attire, steps and tunes. From Kathak, Bharathanatyam and Odissi to Kuchipudi, Manipuri and Kathakali, the Khajuraho Dance Festival is one of the remarkable testimonials to Indian classical euphony. This popular tourism festival in Madhya Pradesh attracts not only domestic leisure travellers but also international travelers from the farthest corners who seek to explore the rich Indian culture and its history.

Organized by the Madhya Pradesh Kala Parishad, the Khajuraho Dance Festival beats the dance performances by artists of world fame and tunes the ambiance against the spectacular backdrop of the magnificently lit Khajuraho temples. For you it’s a discovery and for few it’s a tribute. 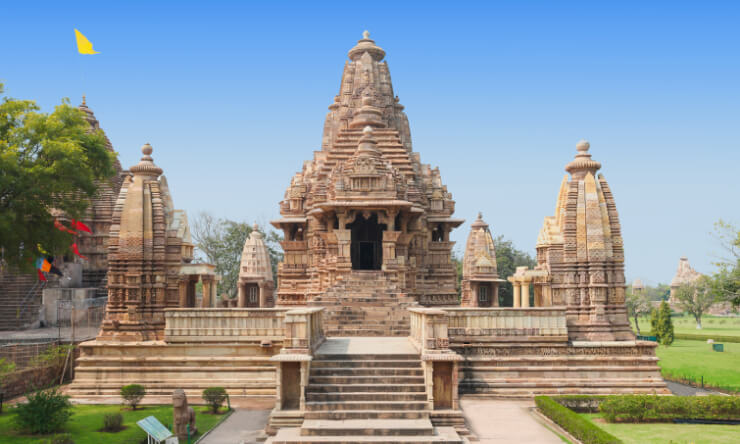 The Chitragupta Temple, which is dedicated to Sun God, exhibits a diorama of the then processions, dancing girls, elephant fights and hunting scenes. Dedicated to Lord Shiva, the Vishvanath Temple, which is one among the magnificent western group of temples, is an excellent example of intrinsic artwork. The Lakshmana Temple, which is one among the early built temples, is a fine representation of Pancharatha. The Adinath Temple beholds the work of Jain whereas the Vamana and Javari are the other two temples among the eastern group that fetches tourists and explorers.

Places to Visit in and around Khajuraho 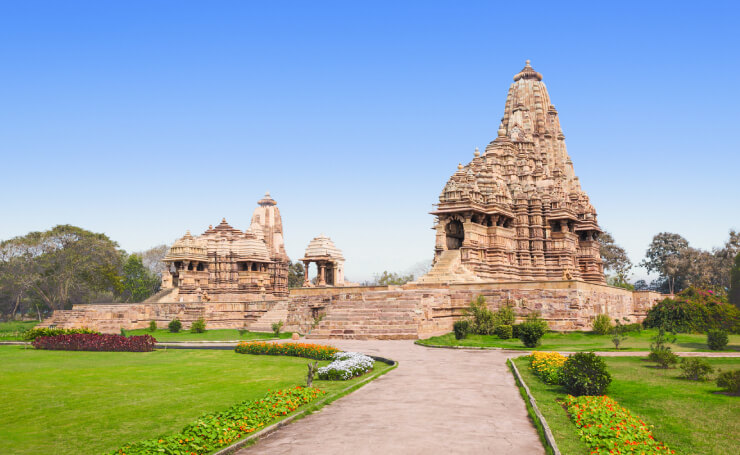 Being in Khajuraho, whether at the time of Khajuraho Dance Festival 2021 or not, you cannot escape from the places to visit encircling the historical city. Guess what! The Kanha National Park that houses some of the rare species of wildlife is approximately 9 hours drive from Khajuraho.

On the other hand Sanchi Stupa, which is the oldest stone structure in India, close to Bhopal, is another major place to visit. Whereas Orchha, which is another Hindu pilgrimage site, close to Jhansi and Gwalior Fort in Gwalior City are the major places to visit in and around Khajuraho. Rest you can add up to your backpack and itinerary the destinations like Jabalpur, Bandhavgarh, Mandu, Ujjain, Morena and Burhanpur.

How to Reach Khajuraho?

Khajuraho as a tourist destination binds the best of Indian culture, tradition and heritage. The ancient city of Khajuraho that is located in the incredible state of Madhya Pradesh is easily accessible by rail, road and air.

With the development of infrastructure and increasing number of travellers over the years, today the ancient city hosts its own airport called Khajuraho Airport that connects to domestic cities like Agra, New Delhi and Varanasi.

Q.When will the Khajuraho Dance Festival be held in 2021?

No, entry to the Khajuraho Dance Festival is absolutely free.

Q.What is the best way to reach Khajuraho?

Khajurajo has its own airport called the Khajuraho Airport which operates flights to all the major cities of India. The nearest international airport to Khajuraho is Lucknow Airport, located almost 235 kilometers away.

Q.How far is Gwalior from Khajuraho?