Experience The Divinity & Spirituality with Dalai Lama: Schedule For His Teaching Sessions 2019-20

The 14th Dalai Lama, Jetsun Jamphel Ngawang Lobsang Yeshe Tenzin Gyatso, is one of the most revered personalities in the world with thousands of followers all across the globe. Many famous personalities including the head of various countries have been an ardent admirer of his teachings and his simplicity. Living in India for a long time now, he has been spreading his philosophy to all parts of the country and itâs not just us Indians who are fascinated by his teachings, but many foreigners visit India to seek his blessings and witness his divine presence.

The meaning of Dalai Lama

Dalai Lama is a title given by the Tibet people to the most revered spiritual leader of the Gelug order of Buddhism. One of the youngest schools of Buddhism, Gelug school of thoughts is being practised by a majority in Tibet. Dalai Lama is also believed to be a successor in the life of tulkus, who are believed to be an incarnation of Boddhisatva of passion. Currently, the Gelug school has 14th Dalai Lama serving as the spiritual leader.

Who is the 14th Dalai Lama?

Tenzin Gyatso, who was born in Lhamo Thondup is the 14th Dalai Lama, currently living in the hills of McLeodGanj in Himachal Pradesh, India. 83 years of age, Dalai Lama has been an active voice advocating for world peace. This is the reason why many of worldâs biggest political leader come to seek his blessings and a word of advice.

Dalai Lama is a man known not just for his spirituality but all his life teachings. A philosopher, a guide and a mentor, his speeches are a revelation for everyone who witnesses them. This is the reason why his every public appearance is flocked by people and people often search for his schedule for a year in advance. To ease the process for you, we will let you have his schedule for the next year.

Making Our Way Through McLeodganj 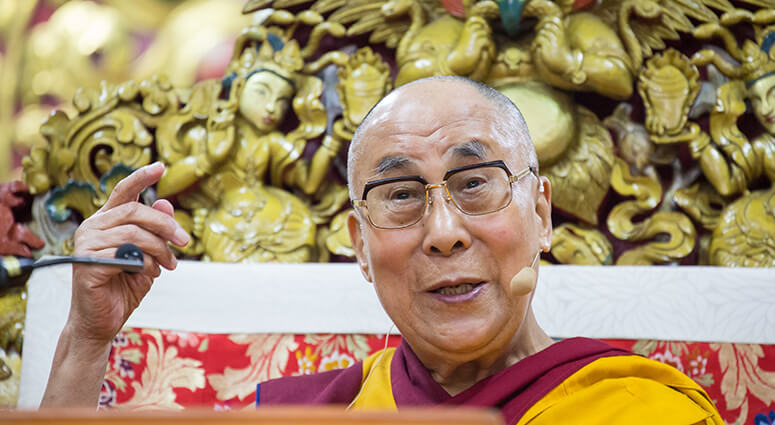 Top Places to Visit & Things to Do in Tibet

How to register for His Holiness Dalai Lamaâs teachings?

The sessions of Dalai Lama is no less than a spiritual journey and this makes his session a popular event. However, you can be part of any of his teachings by simply registering for the event. It is mandatory and it begins a few days before the event is supposed to start and the registration portal closes a day before the start of his teachings. The registration hours are between 9 am to 1 pm and between 2 pm and 5 pm at the branch security office in McLeod Ganj. It is near the Bhagsunath Road.

Well, the registration process is quite simple and it can only be done in person at Branch Security Office in McLeod Ganj. You would be needed to present your passport with a nominal fee of INR 10. It is to be noted that as a long-standing policy, His Holiness the Dalai Lama doesnât charge for any of his talks and teachings. Where tickets are needed to be purchased in advance, organisers are requested by his office to charge a minimal fee.

How to reach McLeod Ganj?

Located in the mountains of Himachal Pradesh, the popular tourist destination of McLeod Ganj is roughly 7 km away from Dharamshala. It is easily accessible by road and Kangra airport is 20 km away. Train connectivity is limited to Pathankot and you would have to take a taxi from the railway station to reach here. However, Himachal State Road Transport Corporation operates numerous buses to and from Dharamshala. 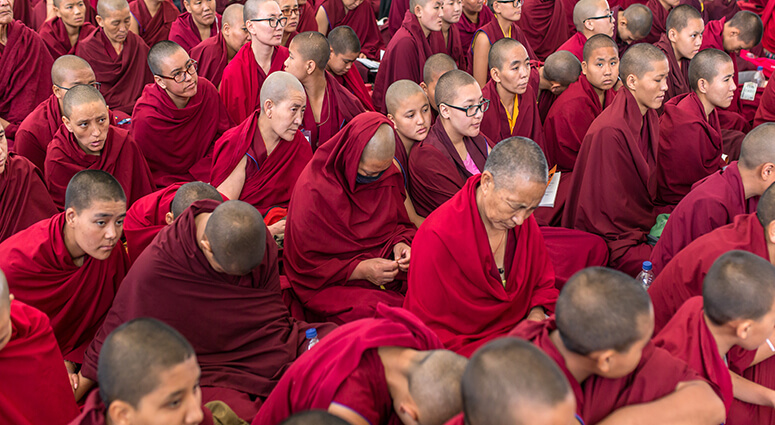 For the travellers and tourists visiting Dharamsala for Dalai Lamaâs teachings, the town offers many tourist attractions for you to indulge in. From vibrant markets to natural hideouts, the town has many hidden gems that come to the light moment you step into the town.

Where to stay in Dharamshala and McLeod Ganj?

One of the best places to visit in Thailand, Phuket is the land of golden s...