Making Our Way Through McLeodganj 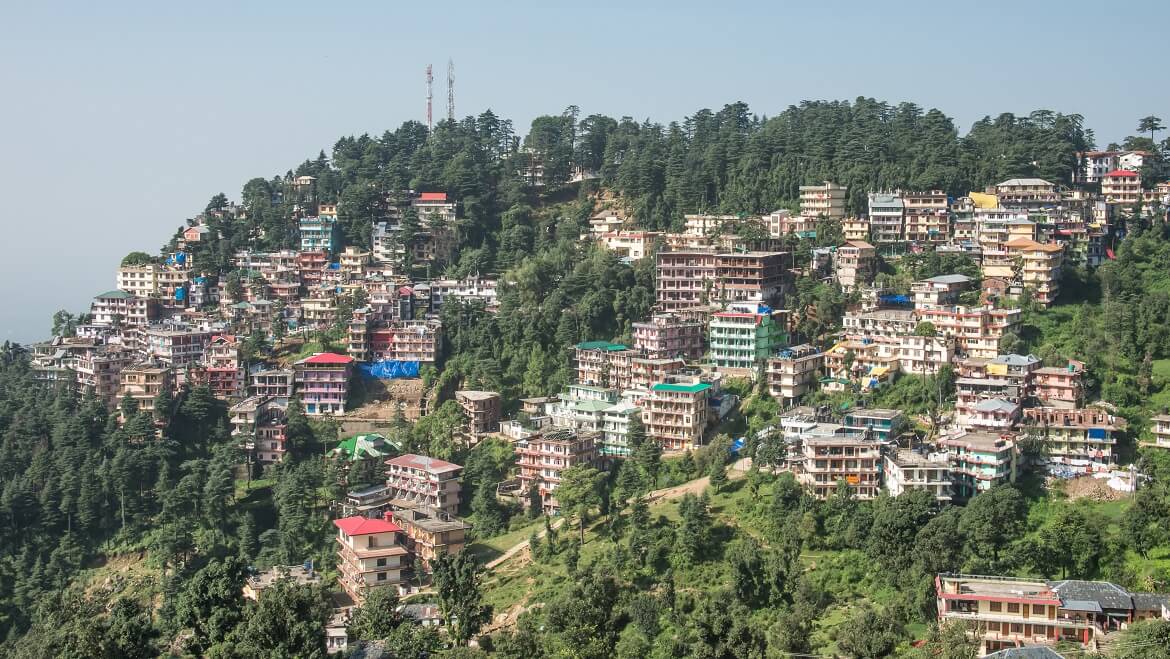 Our reader, Mansi takes us through McLeodganj in Himachal Pradesh. Her experience is something we all want to have. Read and let us know your thoughts in the comments.

McLeodganj is the Promised Land for those who dream of visiting hill stations. Located in the suburbs of Dharamshala, in the Kangra district of Himachal Pradesh, this one of the popular tourist attractions offers mesmerizing views of the mountains. A well-known tourism place, McLeodganj is an adobe to his holiness, the 14th Dalai Lama, and to a large population of Tibetans, here one can either choose to go trekking in the mountains or simply opt for lazy strolls during quiet evenings, appreciating the beautiful views. As for me, I am a sucker for snow. So that was reason enough for me to say yes to the travelling to McLeodganj when my brother asked me. It was an impromptu trip with my cousins, and ended up being one of the most amazing and memorable holidays of my life.

How to Reach McLEODGANJ?

You can either decide to go by flight to the Gaggal Airport which is nearest to McLeodganj, or hit road via bus, cab or your own car. As for us, we boarded a semi-sleeper Volvo from Delhi to McLeodganj. It was approximately 10-hours-long, but was a pretty comfortable ride. We reached the hill station in Himachal Pradesh in the morning and were driven to V Resorts Royal Palace McLeodganj. The staff at the resort was really helpful and made sure to make our stay comfortable. Later, we were served a delicious breakfast while we lounged on the lawn and soaked up the morning sun. 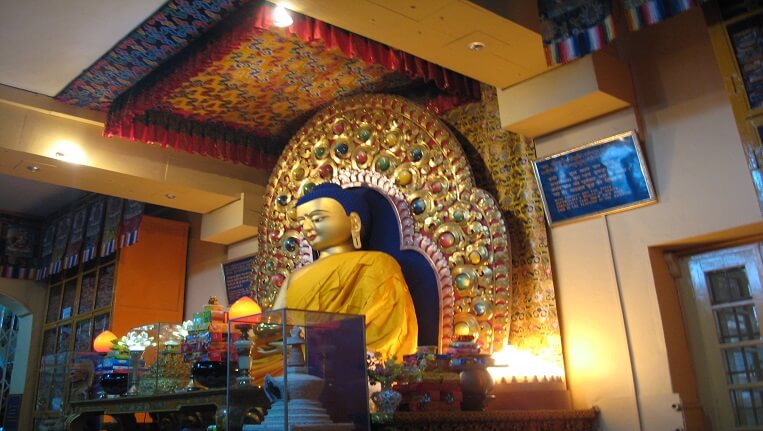 We started our tour with the must visit Dalai Lama Temple which was only two kms away from the property. His holiness, The Dalai Lama himself visits this temple twice a year to preach. However, we weren’t so lucky so as to encounter his presence. The temple was breathtakingly beautiful, but what enchanted me the most was the quiet and peaceful vibe that the temple had. Inside the temple there was a huge hall where people were meditating with prayer beads. Walking around, we rotated the prayer wheels, which are cylindrical wheels with Tibetan mantras inscribed on it, as is custom. After walking out of the temple we headed towards the street vendors who were serving delicious hot and steaming momos! 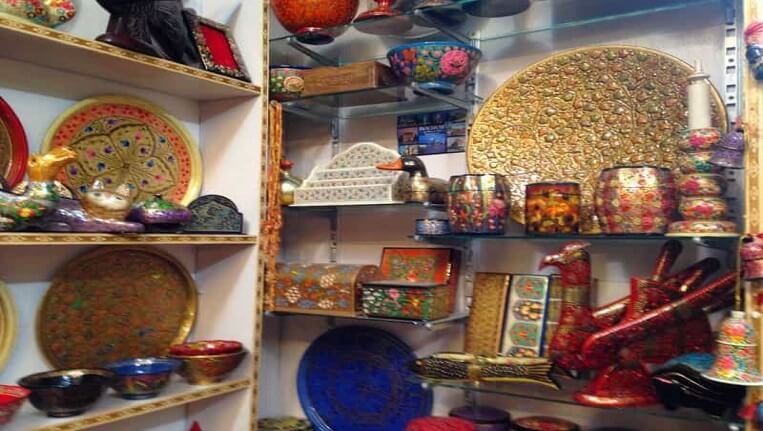 After the temple, we decided to walk to another must see attraction in McLeodganj Tibetan market which is less than a kilometre away. The market was colourful and rich with Tibetan artworks. Shopping here is a fun experience, provided you know how to bargain. My sister and I were exhilarated at the sight of such beautiful artwork. We ended up buying everything we thought we could carry. Prayer wheels, mufflers, shawls, ponchos, local handicrafts inspired by Tibetan culture, wind chimes, stunning Buddhist-inspired jewellery and beautiful small mirrors were stuffed into our bags as gifts for friends and family. Shopping is indeed one of the top things to do in McLeodganj apart from trekking. 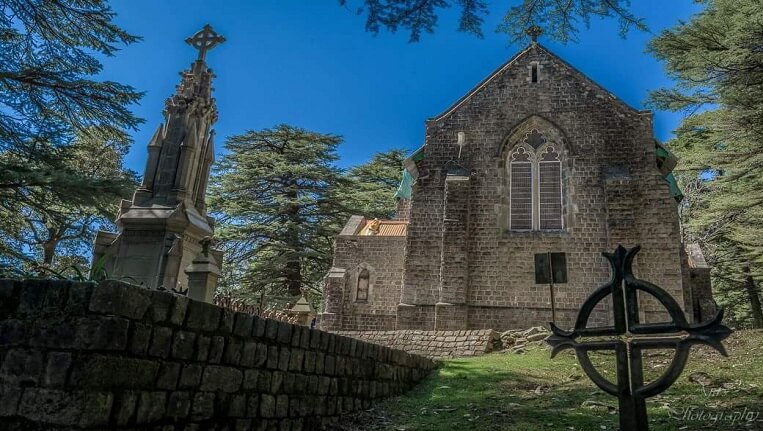 Next, we went to visit the church. We took a local cab to go there since we were tired! As soon as we entered the Anglican Church of St. John’s in the wilderness, the first thing that struck me was its gothic appearance. This one of the best places to visit in McLeodganj has a graveyard to its left and is surrounded by very tall pine and coniferous trees. However, what contributes most to the mysterious look of the church are the exposed stone walls. There was also a huge bell located a few metres away from the entrance installed anew after the earthquake of 1905; we were informed by the locals. With such a beautiful background getting pictures with the church was a must, so that is exactly what we did! 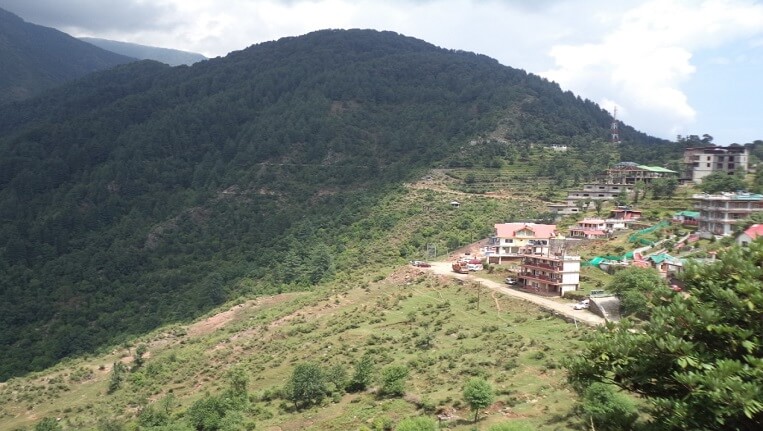 Afterward, we decided to take a lazy stroll to the village of Naddi that was about three kms from the church. This offbeat village attracts those who want to stay away from the hordes of tourists in McLeodganj and experience some quiet. While walking to Naddi we met a little girl who must have been about eight or nine, carrying a stack of hay on her head. While talking, she told me tidbits about herself and her village. She explained that she carries this haystack religiously every day from McLeodganj to Naddi, which is a three km walk, to feed her cattle. When I enquired about her education, she told me her father is very particular about her studies and sends her to a school that is two kms away from her home. We chatted for a few more minutes wherein I learned a little more about the lifestyles of the people of Naddi.

Later, we ended up going back to our resort without completing our trek to the village because the temperature was dropping rapidly and we weren’t dressed appropriately. 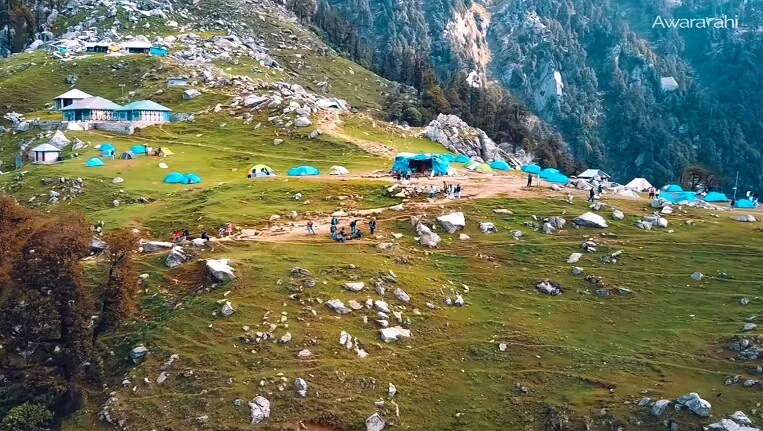 Next day we advanced on our trekking adventure to Triund. We had heard a lot about the Triund trek from friends who had been there so we were already excited, and this trekking experience did not disappoint us, to say the least. Triund lies in the midst of the beautiful Dhauladhar range and the trek that is assessed as easy to moderate in terms of difficulty levels, took us around four-five hours as we stopped for frequent tea breaks.

The first five kms were easy to cover; the rest of the trek was comparatively a little harder. But once we reached the top the view was worth the exertion. The village from that height seemed tiny. We camped there for the night and laid under the stars while gazing at the clear sky. Later, sitting around the bonfire I played dumb charades with my cousins which was an unforgettable and a really fun experience! Next morning, after having our breakfast, we trekked down the hill with our hearts full of memories. 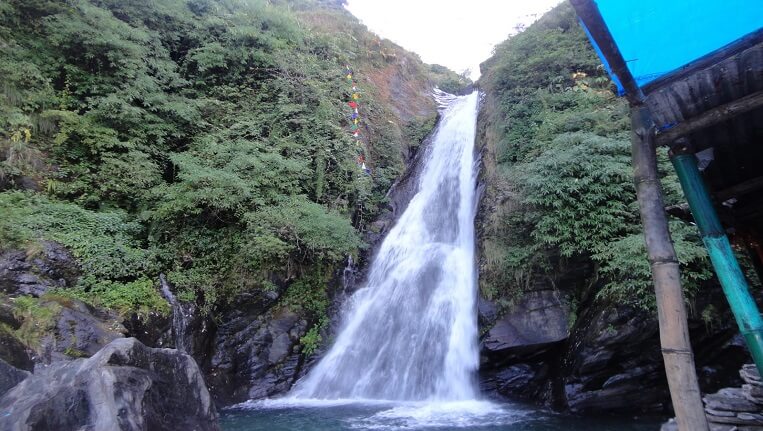 On our way down from Triund, we came across Bhagsu Waterfall and decided to stop there. My brother was so pumped by the idea of immersing our legs in the cold water that he convinced me to go all the way up with him to the top, from where the water was rushing from the mountains. Though we were tired, the adrenaline kept us moving. On reaching the top, when I dipped my feet in the water, it was so cold that my heartbeat accelerated! The stones there were slimy so we held on to each other in order to avoid tripping. Then we sat there with our feet dipped in the freezing but clean water of Bhagsu with a cup of hot tea and pahadi Maggi and enjoyed each other’s company. While travelling down, we made sure to make a lot of stops to click some insta-worthy pictures! 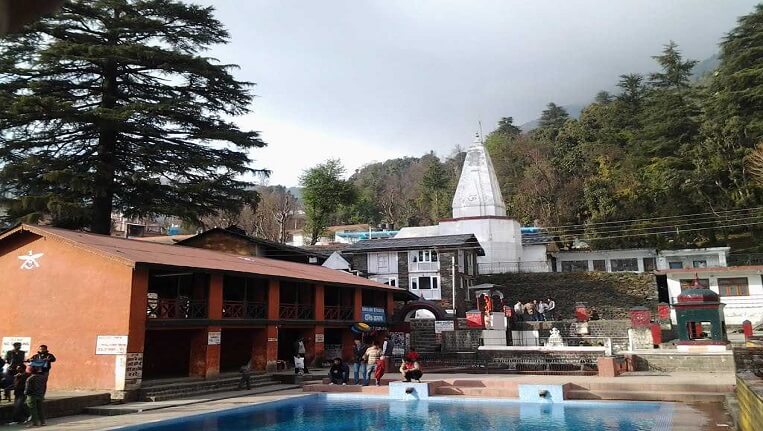 Our last stop for our sightseeing tour was Bhagsunag Temple which is five minutes away from from the waterfall and is a popular tourist place. There are many myths associated with this place. One such myth suggests that this temple was visited by Lord Shiva himself which makes this temple a sacred site amongst Hindus. Another belief suggests that King Bhagsu constructed this temple in order to seek forgiveness from the Nag Devta for stealing water from the Nag Dal Lake. The temple premises has a freshwater spring which is believed to have healing powers.

Later that evening, we were dropped at the bus stop where we boarded our bus that took us back to Delhi. The journey was comfortable and we returned with our bonds more strong and our hearts filled with amazing memories!

About Mansi- The Blog Writer

Presently living in Noida, Mansi loves to lose herself in the fictional world created by authors. After travelling for so many years through her favourite novel characters, she now yearns to actually feel the snow melting in her hands and experience the waves washing over her feet. She wholeheartedly believes in the magic of people and nature and would like to try cuisines from different corners of the country! Visit her blog here.