It’s an emotion that gives beautiful memories and experiences to the tourists which will provide the future generations a long lasting legacy. In order to keep this legacy intact Madhya Pradesh has left no stone unturned to add one more park to its list. However, this park is not located in the popular towns of Madhya Pradesh. The beautiful Park is located in the quaint town of Sagar. 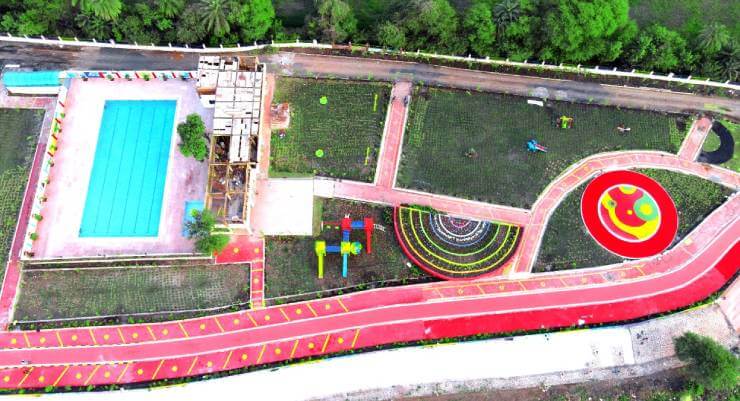 Who truly knows the essence of this enchanted tiny hamlet of Madhya Pradesh?  Not many of us.

The fame doesn’t hit Sagar with quite the same attention as it does on more popular neighboring cities of Madhya Pradesh.  But, from now on this quaint town will be brimming with tourists and locals for its beautiful Atal Park.

In order to boost tourism in Sagar, Sagar Municipal Corporation under the Amrit Yojna took the great initiative to build this mesmerizing piece of joy. The Atal Park was named after former honorable Prime Minister Atal Vihari Bajpai. It was inaugurated on 20 Feb 2021 by Urban Development and Housing Minister Shri Bhupendra Singh.  From now on Atal Park is added as a new tourist attraction in Sagar Madhya Pradesh, boosting its pride and tourism.

Top Things to Do in Atal Park in Sagar, Madhya Pradesh 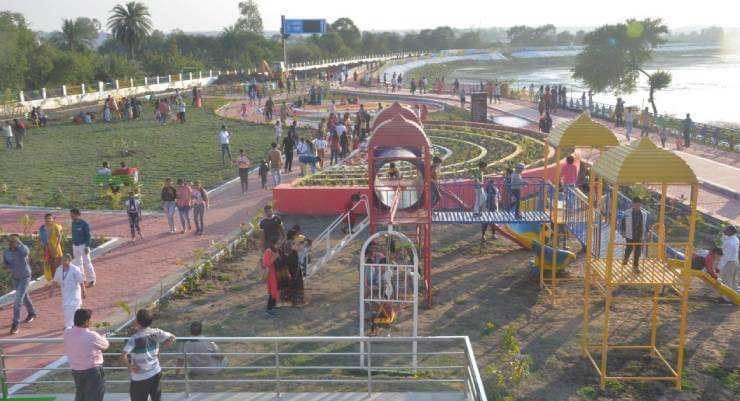 The Atal Park in Sagar is in developing stage but interesting and fun filled sports will be introduced in the coming days. Some of them are-

The cost of the entry tickets of Atal Park is only INR 5. Isn’t it great?

The New tourist attraction, Atal Park offers everything blissful to the tourists of all categories.  A whole new world of adventure will open keeping in mind the fitness and fun of all ages. Atal Park will make your jaw drop in wonder at its Cycle track and swimming pool.

This surely will be one of the top things to do in Atal Park in coming days. For kids there is a kid’s play section, it also offers great opportunity to taste local delicacies in the Indian Coffee house. Keeping in mind the entertainment of tourists the park is coming up with an open air theater facility. All these facilities add to the charm of the Atal Park in Sagar.

Moreover, Visiting Atal Park is a great opportunity for tourists to explore the beauty of the small town of Sagar.

Sagar is not a mainstream travel destination. It is one of the offbeat destinations in Madhya Pradesh. 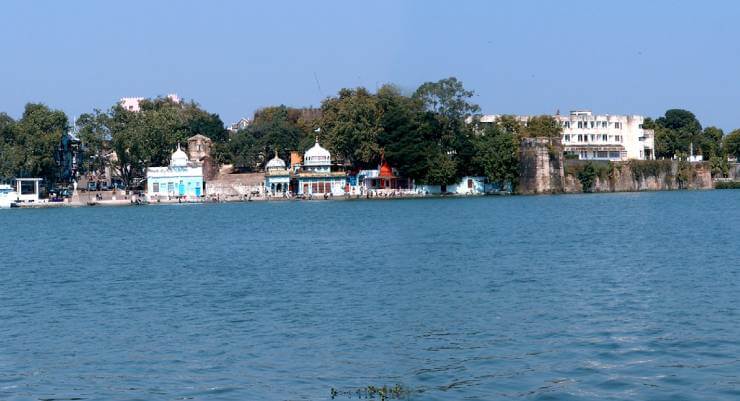 Who knew that the humble quaint town of Sagar could be so interesting?

In Sagar the touch of serenity is strong. This town has many religious places and the forts and settlements of this town give a great insight to its history and culture. It is not wrong to say that Sagar is a playing field of spirituality, history, simplicity, and natural beauty- the combination of all four.

Sagar has something for everyone. For someone it is a treasure of solitude and serenity because of its natural beauty; a source of inspiration for artists because of its picturesque landscape, some people love the religious vibes it offers and the new tourist attraction Atal Park from now on will give thrilling vibes to the tourists.

Madhya Tourism is making efforts in promoting the tourism in Sagar. In coming years Sagar will be brimming with tourists, it has a great potential in promoting Madhya Pradesh Tourism. 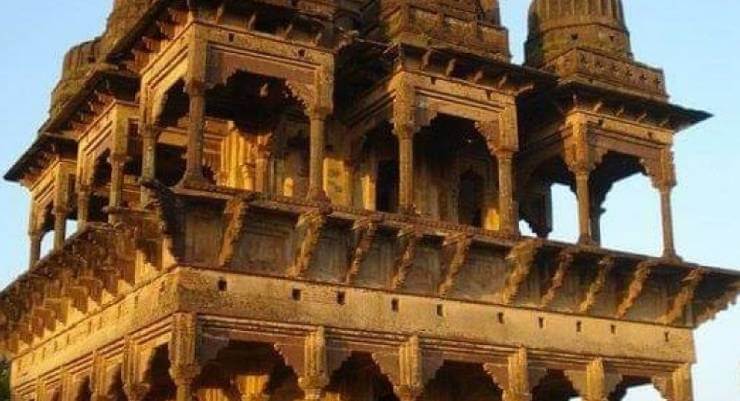 Gadpahra Fort and Temple – This is one of the most visited tourist attractions in Sagar. It is also known as Old Sagar as it was once the capital of old Dangi Kingdom. The fort of Gadphera looks magnificent atop the Bhainsha hills. Gadphera temple is dedicated to Lord Hanuman. Down the hill, the temple of Angat devi gives her divine blessings to the tourists. One can also see the beautiful Motidal Lake down the hill. Tranquil and blissful lake, serene temples, majestic fort, picturesque landscape from the hilltop makes this one of the most popular tourist attractions in Sagar Madhya Pradesh. This makes the sightseeing in Sagar more interesting.

Eran – It is popular for the archaeological remains of distant past. This is a perfect place for history lovers. Eran is an ancient town. Many temples belonging to the period of Gupta period here delights the heart of tourists. According to the department of archaeology in the University of Sagar Eran formed the northern most limit of chalcolithic culture in Madhya Pradesh. The ruins of Eran are a great sight to behold. It is one of the most visited tourist destinations in Sagar.

Nauradehi Wildlife Sanctuary – It is the one of the largest wildlife sanctuaries in India. This is a great place to be who loves to spend sometime in the lap of nature away from the hustle bustle of city life. It houses some exotic canine species Bengal Fox, Striped Hyena, wild cheetahs, Golden Jackles, Mugger Crocodiles, Nilgai, Four horned Antelope and many more to give a visual treat to the tourist. It is one of the most visited tourist destinations in Madhya Pradesh. This also makes Sagar Tourism interesting and thrilling.

Khimlasa – Once upon a time it was magnificent fort but now it is in bad condition.  Still, it is one of the most popular destinations in Sagar because ruins attract tourists. Its walls are made of Rubbles; it is one of the most popular heritage attractions in Sagar heritage site of Sagar. It is believed to have been founded by Mohammedan Noble. The main attraction of Khimlasa Fort is the dargah of Panch Pirs with an exquisite carving of perforated screen work.

Bamora Tehsil Khurai-   Bamora is a village famous for its Buddhist ruins. It is one of the most visited tourist attractions in Sagar, Madhya Pradesh. It houses one ruined temple which is believed to be very ancient. The date of erection of this temple is unknown. It consists of one stone image of Varaha and one of a horse with a rider. The image of Shiva is also placed here in one corner.

Dhamoni – It is located 29 miles north of Sagar on Jhansi Road. This deserted place is luring the tourist for ages. It is a great place for history lovers. It was once a Garh in the kingdom of Garh Mandala. It has 750 mouzas. Runis of Dhamoni makes it one of the most popular tourist attractions in Sagar Madhya Pradesh. Visiting Sagar will be a lifetime experience.

Abchand- Located 22 miles east of Sagar, Abchand is one of the most visited places in Sagar. It houses dozens of rock cut caves with paintings belonging to pre-historic period. This makes it one of the popular points of interest in Sagar Madhya Pradesh. This makes the sightseeing in Sagar more interesting. The paintings depict the lifestyle of prehistoric men. Dancing pictures of primitive men shows dance as a source of entertainment in prehistoric times. Moreover, the paintings of weapons like arrows, spears and animal paintings like Antelope, tiger, boar tells a lot about their hunting style.

What’s in the History?

The story of Sagar starts with Parkota, a small village which is now a part of the quaint town of Sagar, built by Udan Shah in 1660 AD. He was the descendent of Nihal Shah. Later this beautiful town fell into the ownership of Peshwa officer Govind Rao Pandit. He built the forts and settlements in the town of Sagar which stands still in pride.

In 1818 AD Peshwa Baji Rao II give up the greater part of the district to the britishers. Various Tehsils and Paraganas of Sagar was given to the Britishers   in different time periods.  The Dhamoni Paragana in 1818AD was given to Britishers by Appaji Bhonsla.

The Paraganas in Rahatgarh in Sagar tehsil, Garhakota, Deori, Shahgarh of Banda tehsil was confiscated in 1857 because of the rebellion of the chief.

Sagar was once the capital of Indian kingdom of Chedi, known as Saktimati. Sagar went through frequent administrative changes. Sagar was placed under the political control of northwestern provinces in 1853. In 1861 Sagar formed a commissioner’s province along with Nagpur and Nerbudda territories called – Central Provinces.  Sagar districts consist of 4 tehsils – Sagar, Khurai, Rehli and Banda.

Q.How to reach Sagar in MP?

The nearest Airport to reach Sagar is Dumna Airport, and then from Jabalpur a 4 hour drive to the City of Sagar is the easiest way to reach Sagar. Sagar Railway station is connected to all the major cities of Madhya Pradesh and by road Karrapur is the nearest way to reach sagar as it is only 22km from Sagar, from Bhopal Sagar is 181km away and from Indore it is 375 km.

Q.What are some of the local delicacies of Sagar?

Some of the local delicacies of Sagar are –

Q.What is the cost of ticket in Atal Park located in Sagar?

You will be glad to know that the cost of the ticket of Atal Park of Sagar is only INR 5.