About Trekking Peaks in Sikkim

When it comes to enjoying the adventure activity called peak trekking, Sikkim should be on your list. As it is a part of the Eastern Himalayas, there are several mountain peaks which are ideal for mountaineering and peak trekking. The popular Himalayan peaks in Sikkim where trekking is popular are Frey’s Peak, Lama Wangden and Brumkhangse. Along with lots of adventure, you come across spectacular views of snow capped peaks, valleys and views that make for some exquisite photography. 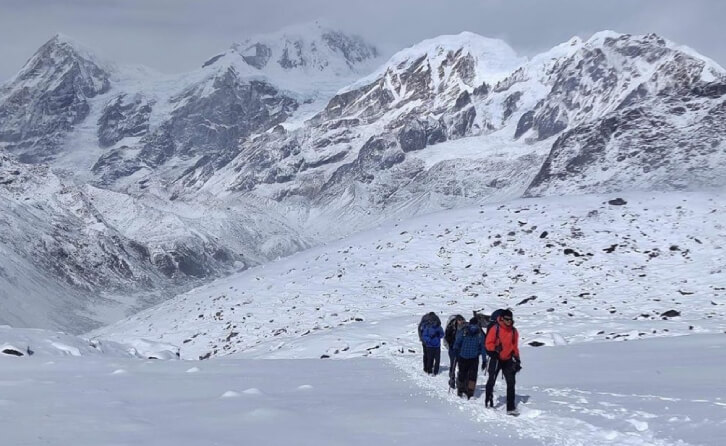 Frey’s Peak, at 5,830 meters, lies close to the Rathong Glacier. The trail is mostly rocky, with snow making its appearance at occasional intervals. The landscape throughout the trekking route is phenomenal and leaves you awestruck. You will also cross forests of magnolia and rhododendron, witnessing the beauty of Mt. Padim and be treated to the views of several Himalayan peaks like Kabru, Rathong, Koktang, Kanchenjunga, Pandim and Narsingh.

Lama Wangden, at 5,868 meters, another mountain peak for trekking in Sikkim which should be a part of your trekking expedition in the Himalayas. Situated in the Lachen area in North Sikkim, it is one of the east trekking peaks. The trail crosses dense and lunch forests which offer a unique insight of flora & fauna, glaciers, valleys and snow capped mountains covered with ancient forests.

Among the other trekking peaks in Sikkim, Mt. Brumkhangse deserves a mention because during the course of this trek, you are treated to views that make you stop and wonder at the endless beauty of nature. During the course of the trek, you will explore Brumkhangse Valley, enjoy views of the plains below, glaciers and dense forests. There will be parts of the stretch which will challenge you at times, but the entire struggle is worth it.

Best Peaks for Climbing in Sikkim 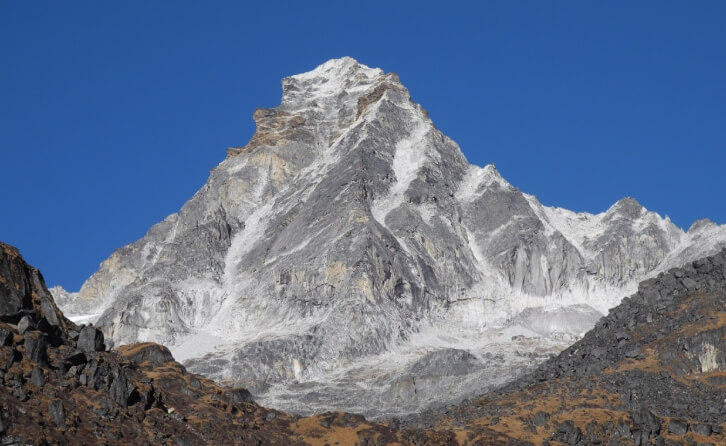 Browse our trekking peak tour packages which come at extremely reasonable rates and offer you the best experience. We also provide you the best trekking equipment along with an experienced team/guides. We also take care of all the processes involved so you don’t have to worry about any of them.

Q.  What is the best time to enjoy peak trekking expedition in Sikkim?

May to October is the best time to enjoy mountaineering in Sikkim.

Q. Is acclimatization necessary before going peak trekking in Sikkim?

It is absolutely necessary to acclimatize and prepare yourself both mentally and physically before going on a peak trekking expedition in Sikkim.

Q. Will you provide the trekking equipment for peak trekking in Sikkim?

Yes, we will provide the required trekking equipment for peak trekking in Sikkim.

More About Trekking in Sikkim