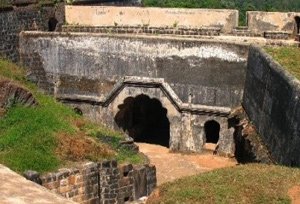 Situated in the Hassan district of Karnataka, Sakleshpur is a quaint hill station that boasts a scenic environment, pleasant climate and a lofty green hills that is full of cardamom, coffee, pepper and areca plantations. It's a spectacular town tucked away in the Western Ghats on Bangalore-Mangalore Highway. Situated at an average elevation of 949 metres, this beautiful holiday destination is very popular for its fascinating mountains, scenic beauty and pleasant weather as well. It offers a revising getaway from the busy city life. Besides, trekking to Bisle Reserve Forest Trial and Kumara Parvatha are also the best ways to explore the rich biodiversity of the place.

As per the legend, the region was ruled by the Chalukyas, Hoysalas and the kings of Mysore in yesteryears. During the rule of the Hoysalas, a shivalingam which was found in this town was broken and named it as Shakaleshwara. Since then, the localities of the city have called it as Sakaleshwara. Another legend says that the city was called as "sakala aishwaryagalinda kudida pura."

Besides, the city is famous for Sakaleshwara swami's ratha yatra that takes place every year in the month of February (on Purnima). 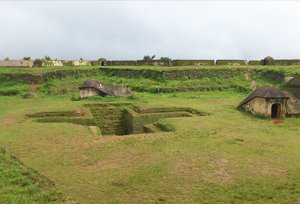 Manjarabad Fort: Visit Manjarabad Fort to enjoy the aerial view of the Western Ghats and its Islamic style of architecture. The fort sits at an elevation of 3,240 ft above sea level and there is a tunnel that leads to Srirangapatna. 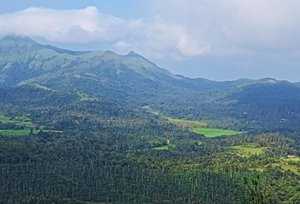 Jenukal Gudda: Come to see Jenukal Gudda, the second highest peak in Karnataka which is cuddled by dense forest and coffee estates, offering a pleasant view of the Arabian Sea in Mangalore.

Bisle Ghat: It is another must-see attraction in the city, which is a home to king cobras, kadave, tigers and several species of birds. One can also enjoy picnicking in Bisle Gudda or Sunny Mountain which rests at the ghat.

You can make your trip all the more adventurous in Sakleshpur by getting indulged in 'The Green Route Trek' on the railway tracks to the Subramanya Road Station, which is around 56 km, stretching from Sakleshpur to Kukke Subrahmanya and speckled by 58 tunnels, 109 bridges and 25 waterfalls. Apart from these, Agni Gudda is a perfect spot for trekking, picnics, and outdoor camping. One can get a gratifying experience by viewing the surrounding rice terrace from here. Other trekking areas in Sakleshpur are Bisle Ghat or Bisle Reserve Forest and Kumar Parva, which is the most challenging hike for trekkers.

Where To Stay There are ample of accommodation options in Sakleshpur comprises lodges and resorts in the nearby villages. Some of the popular hotels and resorts where you can enjoy a luxury stay are:

By Flight: Mangalore International Airport (137.5 Km) is the nearest airdrome to reach Sakleshpur.

By Train: Sakleshpur Railway Station (1.9 Km) is the nearest airport to reach the city.

By Bus: There are many buses (KSRTC) that connect Sakleshpur with major cities like Hassan, Alur, Kodlipet, Alur, Bolgod, Kurubathur, to name a few.