Varanasi has always been the center of culture and tradition. Here knowledge has been imparted for over 3000 years. The river of knowledge, culture, philosophy, yoga and different cultures all coexist in harmony in the holy land of Varanasi.

It has always been the land of inspiration for artists, be it writers like Premchand and Tulsidas or musicians like Ravi Shakar, shehnai maestro Bismillah Khan. Culture and history is deep rooted in the ambiance of Varanasi.

To showcase this cultural and historical richness, PM Narendra Modi has inaugurated Rudraksh, the international cooperation and convention center at his parliamentary constituency of Varanasi on 15th July. It would be the best destination for conferences, businesspersons and social and cultural interactions. 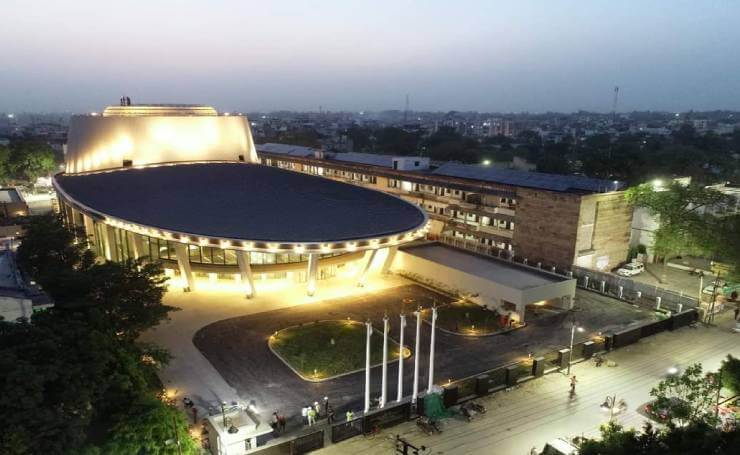 This is a great initiative to develop the tourism sector of Varanasi as it would invite more businesspersons and tourists to the city. Its roof resembles Shiva Lingam and 108 Rudraksh have been installed at the center of the building. LED lights in the building would increase its charm.

Major tourist attractions in and around Rudraksh Convention Center, Varanasi 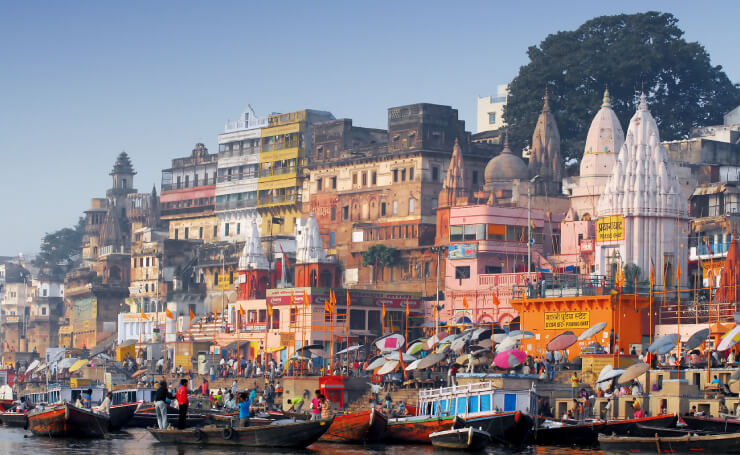 Varanasi is a realm of spirituality and tradition. It is a symphony of life and death. If one shore shows the colors of life through its Ghats, Bazaars and delightful chaos of people all around, then the other shore will take you to the realm of death. It is said that Moksha is achieved only in the land of Varanasi after bathing in the holy river Ganga originally channeled by Lord Shiva on Earth.

If you want to dive into the tornado of spirituality and seek solace, then a trip to Varanasi in Uttar Pradesh would make your wish come true. Every corner and every mile of Varanasi has a spiritual vibe that would take all your worries and give you a moment of self – Introspection. One must Visit Varanasi to seek solace and discover their soul’s bliss.

Yes, you can organize your personal functions in Rudraksh Convention Center.

Right now, there are no such facilities available but it will be available soon for the convenience of people.

Q.Is there any ticket or entry fees for entry in Rudraksh Convention Center?

Rudraksh Convention Center is managed by ICWHC, you can do your ticket booking through them. But very soon online booking and other facilities will be available.

Q.Can we cook food for the events in Rudraksh Convention Center?

No, you cannot cook food for events in Rudraksh Convention center as according to the smart city officials’ caterers will be hired and they will provide food and beverage facilities for the guests. It will maintain proper ventilation and keep the environment smoke free.

Q.What kind of Programs can be organized in Rudraksh Convention Center?

Any kind of cultural programs, international conference, wedding functions and business conferences can be organized in Rudraksh Convention Center.

Q.What would be the booking price for booking Rudraksh Convention Center?

The booking price would range between 3 to 4 Lakh as the amount is not fixed yet. The amount may vary according to the hours used in Rudraksh Convention Center. It would be feasible because if you want to use green room and other facilities, no charges would be taken but if you want extra facilities, other than the facilities provided by the convention center then you have to pay extra amount.

Q.What are some popular excursions from Varanasi?

Some of the most popular excursions from Varanasi are –

Q.What are some of the top things to do and enjoy in Varanasi?

Q.How many days are enough to explore Varanasi?

2 days are enough for sightseeing in Varanasi. However, if you want to really enjoy and truly understand the vibe of Varanasi then at least 5-6 days are essential to explore Varanasi.

Q.Which is the most popular artwork of Varanasi?

Gulabi Minakari and glass beadwork are the most popular artworks of Varanasi. Apart from that, wooden toys are also famous in Varanasi.