River Ganges – The Lifeline of India

Ganga (Ganges) is the life source of northern India and is reckoned to be the most important river in Indian culture. Finding its geographical origin at Gangotri Glacier (Gaumukh) in Uttarakhand, the river passes through 5 states namely, Uttarakhand, Uttar Pradesh, Bihar, Jharkhand and West Bengal before finally merging in to the ocean.

With the total length of 2525kms, it is the longest running river in India. But it is not only geographically that this river has earned fame, in Hindu mythology Ganga is worshipped as Goddess. She is believed to have inhabited in heaven as the daughter of Brahma (the creator).

So, it is clear that Ganga is no ordinary river for Indians; here are some facts that prove that Ganga (Ganges) is indeed a lifeline source in India.

The Hindu Mythology of Ganga’s Existence in Heaven 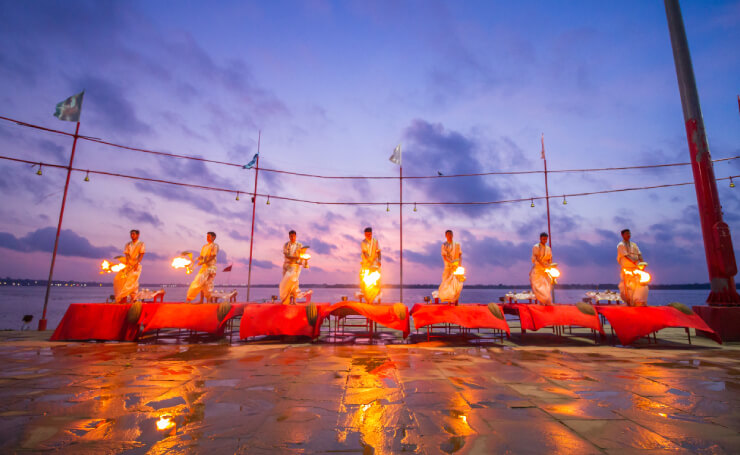 According to Hindu mythology, Lord Vishnu had appeared in ten different forms on Earth at different time periods. In each incarnation, he helped in getting rid of great demon or difficulty from the earth. One such incarnation of his was the Vamana avatar, when he transformed in to a dwarf Brahamin.

The legend has it that there lived a king called Bali Chakravarthy, who was an asura (devil) king. He was a great devotee of Lord Vishnu and hence was becoming quite powerful on earth. Afraid of this fact that his power might win the heaven as well, Indra (King of the Gods), requested Lord Vishnu to help. Once, Bali organized a yagna and was performing his duty of donating to Brahmans (for whatever they ask for).

Vishnu appeared here in the guise of dwarf Brahmin and asked Bali to grant footstep of land, to which Bali agreed. Suddenly, Vishnu transformed into massive size Trivikrama and with one footstep covered the earth, with another covered the skies and with the third one he pushed Bali into Patal (abyss). It is believed that when Vishnu’s foot was in sky, Brahma washed his feet and collected the water in a Kamandal (holy kettle), which became Ganga and she was called the daughter of Brahama.

Ganga: The Daughter of Himavan

There is another legend that tells that Ganga was the daughter of Himavan and the sister of Uma. She was carried to the heaven by Lord Indra to soothe the Gods.

Ganga: Cursed to be transformed in to Water

Another legend mentioned in the Ramayana written by Kritivas is this that Ganga was the daughter of Himalaya and Maina. She was abducted to Lord Shiva by the deities to get her married to him. When her mother Maina did not find here in the house, she cursed that Ganga will attain the form of the water.

How Ganga Came to Earth

Like the many versions of Ganga’s existence in heaven, there are different stories of how Ganga came to earth. Here are some most popular ones:

According to Hindu mythology, there was king named Sagar, who organized Ashwamedh Yagna. Envious Lord Indra stole one of the horses that was chosen for yagna and tied it in close proximity to the place where Kapila Muni was meditating for years. King Sagar, sent his 60,000 sons in search of the horse and they found it.

The youthful princes disrespected the Muni and also disturbed his meditation, due to which the sage came in to anger and reduced them to ashes. The spirit of these 60,000 sons wandered on earth as their final rites were not performed. Later, Anshuman, another son of King Sagar came searching for his brother to Kapil’s hermitage and apologized to him.

He asked the sage if there is a way the spirit of his brother can attain salvation, to which Kapil responded saying the only way is of the water of Ganga is sprinked upon them. Anshuman did penance on Himalaya but was unsuccessful to please gods. Later his grandson Bhagirath started doing penance and earned the favour of Brahma. Bhagirath requested Brahma to send Ganga to the nether world and Brahma approved.

Ganga obeying the instruction from her father Brahma descended down to earth to reach to the nether world; however, the flow of the Ganga was so great that it could devastate earth. Bhagirath then prayed to Lord Shiva to hold Ganga in her hair locks to pacify its force, to which Shiva agreed. Ganga was then sub divided into seven streams namely, Dwadini, Pavani, Nalini,Vakshu, Sita, Sindhu and Bhagirathi.

Ganga is reckoned to be the daughter of Brahma. As per a legend, once Sage Durvasa was having a bath and the brisk breeze blew his clothes off. Seeing this, Ganga, who happened to be present in the close proximity to the sage, broke into laughter. Sage Durvasa felt insulted and in anger he cursed Ganga to become a river on earth, where people will take purifying dips.

We are blessed to have been gifted with such a holy river; however, we do not seem to value it anymore. For hundreds of years, Ganga has been looking after many of our needs and all we have indulged is in polluting it. We need to respect this gift and need to make others aware of its importance. Irony is this that the most religious places from where River Ganga passes by are the most polluted ones.

People do not even think once before disposing plastic bags and other non-biodegradable in river in the name of religion and then we blame industries for the pollution. The time is now to stop the blame game and start to do our bit to keep not only Ganga clean but all the rivers in the country. Understand that water is important and it is the source of our life.

The Geographical Role of Ganga 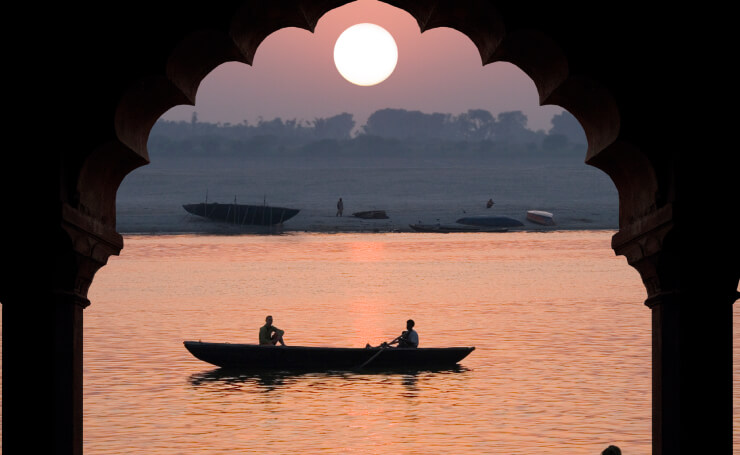 River Ganges is the source of irrigation a wide variety of crops in India. The Ganges Basin has fertile soil that largely influences the agricultural economies of not only India but our neighbouring country Bangladesh. The Ganges along with its tributaries provide an invariable source of irrigation to a large area, where crops including rice, lentils, sugarcane, potatoes, oil seeds and wheat are cultivated.

The banks of the river at different places have swamps that create a rich fertile area for crops like legumes, chillies, sesame, mustard, sugarcane, and jute. There are also several fishing zones along the river. Ganga shows has a rich composition of minerals like illite, chlorite, smectite and kaolinite that helps in many ways to the crops and soil. In short, we can call Ganga the backbone of agriculture in India.

Here are some geographical facts about River Ganga 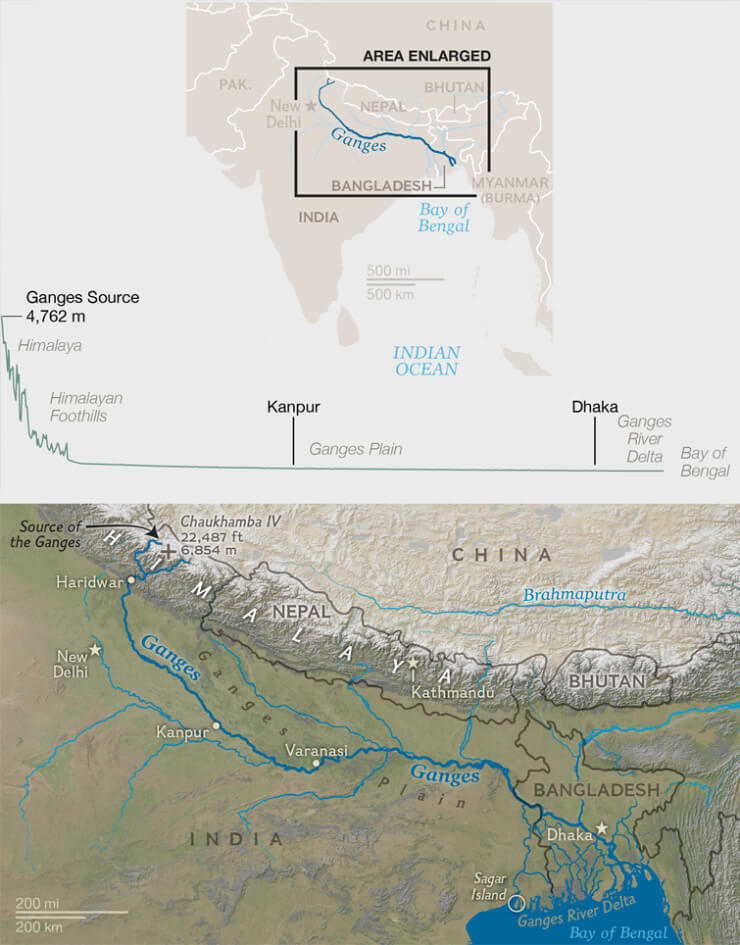 River Ganges as a Religious Tourist Attraction in India 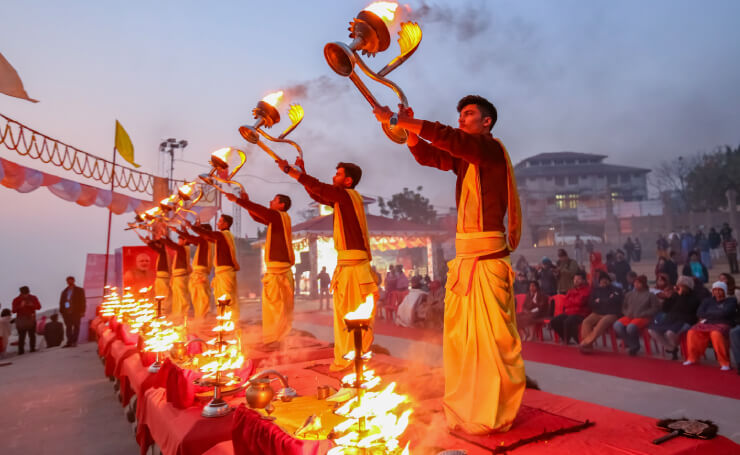 As we all know that amongst Hindu devotees, River Ganges has great importance. Therefore, several destinations in India from where this sacred river passes have become popular amongst believers. Places like Varanasi, Haridwar, Gangotri, Allahabad and Rishikesh have significance for Hindu devotees.

Where Allahabad and Haridwar are known for organizing the grand fair called Kumbh Mela, Varanasi is considered a gateway to heaven. People from distant places travel Varanasi and Haridwar to immerse the ashes of their kin in the waters of the Gange.

People also carry the water of the river home considering it holy. These cities situated on the different banks of River Ganges are even visited by travel enthusiasts who take keen interest in the culture of India.

Ganga as a Hub of Adventure Tourism 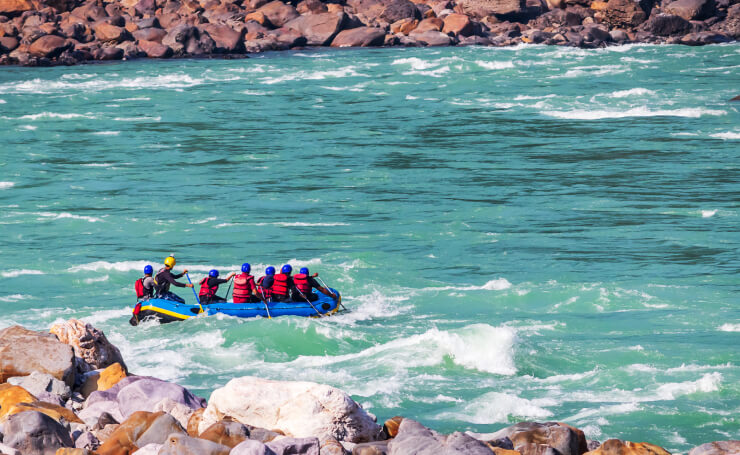 Apart from being the religious and adventure centre, the shores of River Ganges are the home to many indigenous and migratory birds. The mighty river is also a safe shelter for many amphibians like critically endangered Ganges shark (Glyphis gangeticus), Ganges Dolphin Gharials and Mugger. Thus, Ganga any day makes an ideal hub for nature and wildlife lovers.

Q.Which is the origin of River Ganges?

Gaumukh in Uttarakhand is the origin of River Ganges.

Q.Through how many states of India, the blissful River of Ganga flows?