Qutub Minar, the most popular tourist attraction in Delhi, as well as in India, receives a record number of foreign visitors between April and June this year. With a number of 9,063 foreign tourists, this iconic monument in Delhi becomes the most visited tourist destination in April-June.

The data relating to the number of tourists, both domestic and foreign, is shared by ASI, Delhi Circle. According to the data shared by the ASI, Archaeological Survey of India, the government agency that takes care of the monuments of India, a total number of 3,81,249 domestic or Indian tourists and  9,063 foreign tourists visited Qutub Minar in April and June. The data also shares that most of the international tourists visited this heritage tourist attraction in Delhi in April 2022.

As per reports, in addition to this, other popular heritage monuments which are mostly visited by international travellers are Red Fort (second) and Humayun’s Tomb (third), during the same period. The data shows that the Red Fort receives 5,696 foreign tourists whereas 5,139 foreign tourists visited Humayun’s Tomb in April-June. However, Red Fort received a record number of  8,13,434 domestic visitors, greater than twice the number of Qutub Minar, which is the most visited tourist destination for foreigners for the season.

Furthermore, according to data released by the Union Ministry of Tourism, Red Fort and Qutub Minar, two of the most popular Delhi sightseeing places, occupied second and third spots among the 10 most popular centrally-protected ticketed monuments for domestic visitors in 2021-22. 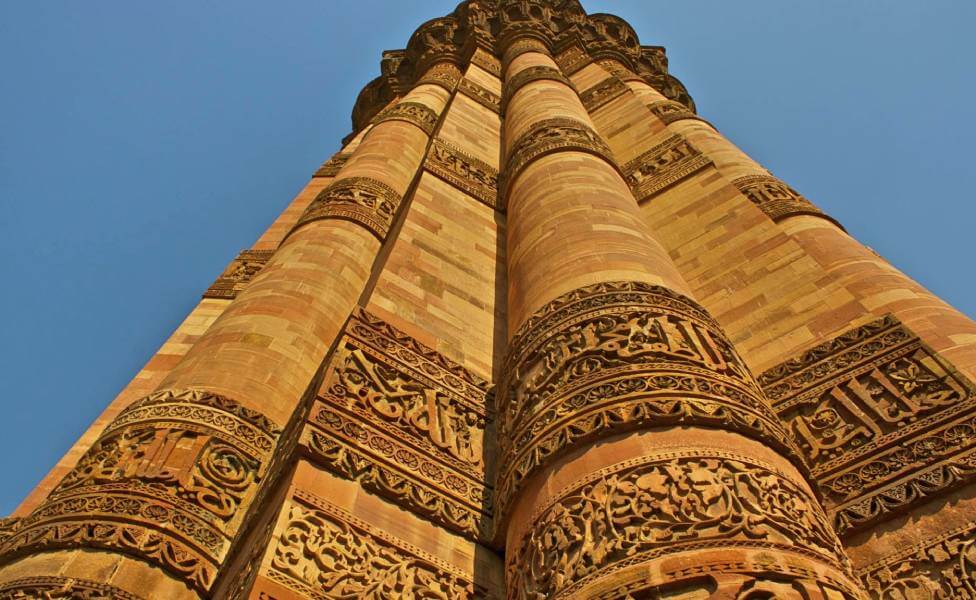 One of the intriguing architectures in Delhi, Qutub Minar is the world’s tallest brick minaret. The structure always amuses the visitors as it has been standing there for around 2,000 years without a speckle of rust. Built in the 12th century, it is a UNESCO World Heritage Site without which you cannot complete your Delhi Darshan tour.

The tower has a total of five distinct storeys, each of which is marked by a projecting balcony.

The first Muslim ruler of Delhi, Qutab-ud-din Aibak, started the construction of the Qutab Minar in 1,200 AD, but he could only finish the basement. Iltutmush,  his successor, made three more storeys, and finally, in 1368, the last storey was constructed by Firoz Shah Tughlak.

According to some people, it is to be believed a victory tower to signify the Muslim rules in India, whereas, others say, it is a minaret to the muezzins to call the faithful to prayer.

The base of the 238-foot Qutab Minar is 47 feet tall, tapering to nine feet at the top. The tower is embellished with bands of inscriptions and four balconies that protrude outward and are held up by ornately painted supports.

There is a mosque at the foot of the tower, Quwwat-ul-Islam Mosque. The Quwwat Ui Islam (Might of Islam) Mosque in the Qutab complex is one of the most spectacular buildings in the world, despite being in ruins. Construction on the mosque for Qutab-ud-din Aibak began in 1193, and it was finished in 1197. 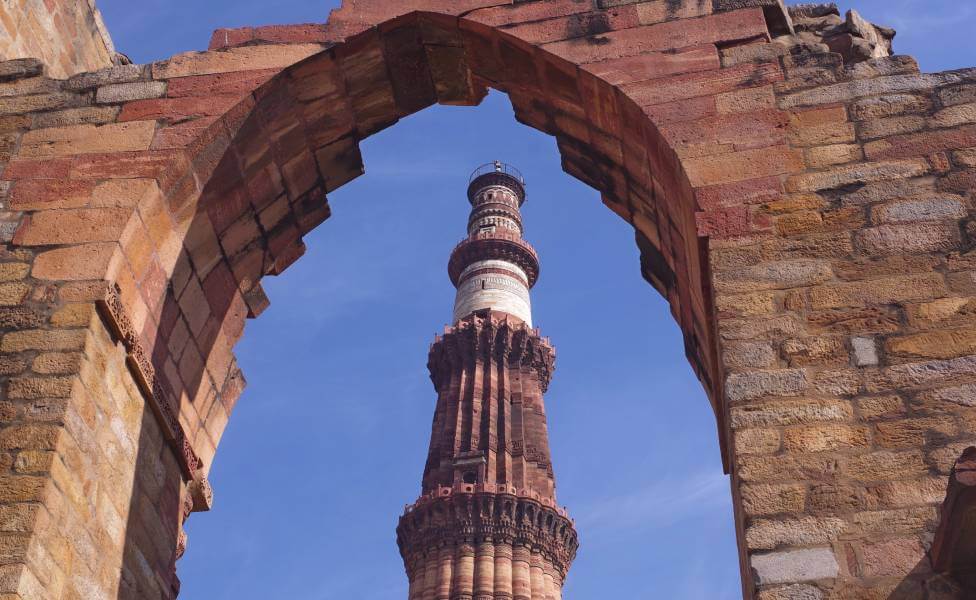 The first Muslim ruler of Delhi, Qutab-ud-din Aibak, started the construction of the Qutab Minar in 1,200 AD, but he could only finish the basement. Iltutmush, his successor, made three more storeys, and finally, in 1368, the last storey was constructed by Firoz Shah Tughlak.

Why do you visit Qutub Minar?

Qutub Minar is one of the popular World Heritage Sites in Delhi that showcases the finest examples of Indo-Islamic architecture. It is the world’s tallest brick minaret, standing tall for almost 2,000 years without rusting.

How to reach Qutub Minar?

The nearest metro station to this monument is Qutub Minar, or you can take a DTC bus to reach the place. From Delhi International Airport, Qutub Minar is located around 12 kilometres and from New Delhi Railway Station, it is around 15 kilometres.

What are the opening & closing timings of Qutub minar for tourists?

What are the entry fees for Qutub minar?