October is next door, so is the time for a wildlife vacation. As you already know, it is one of the best months for wildlife safari tours after monsoon, when the national parks in India remain closed due to rainfalls. This year, to make it more special, Madhya Pradesh Tourism has announced to open all of its tiger reserves and national parks from October 1st.

Making it profitable against the challenges thrown by the pandemic for the last two years, Madhya Pradesh Tourism Department has recently been taking many more steps and experimental activities. Besides promoting rural stays for guests who like to explore the state’s rich culture, traditions and food, now it’s time for introducing the wonders of the state’s flora and fauna.

National Parks opening in 2022 will be started with the opening of all six tiger reserves and national parks in Madhya Pradesh. The national parks are famous for tiger safari in India and spotting other species. The parks are:

Although the official opening dates for the following most-visited national parks and tiger reserves of India haven’t been revealed by the authorities yet, it is expected to be opened by the first week of October.

If you are planning to explore wildlife and enjoy Tiger Safaris then October to March is the right time to visit some of the awesome Wildlife Tourist destinations in India. 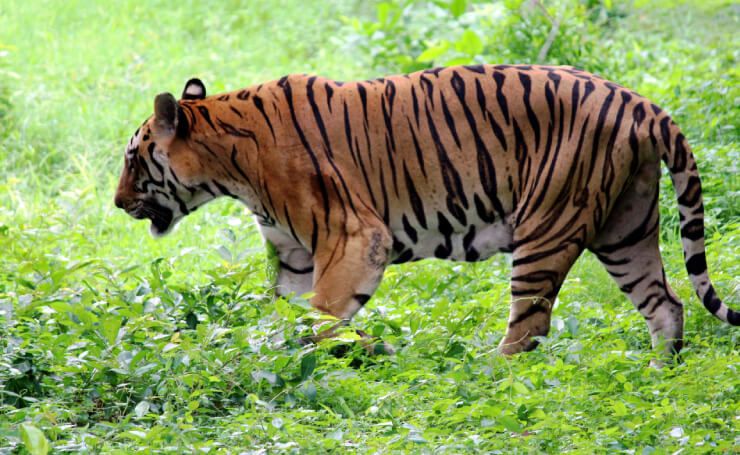 If you are planning to visit the National Parks and Wildlife Sanctuaries then you must follow covid-19 travel Guidelines for your safety.

Q.Is it safe to plan a wildlife holiday in India?

Yes, it's absolutely safe to plan your wildlife holidays in India as the government is reopening the National Parks and Tiger Reserves in the month of October which is the perfect time to enjoy the exotic wildlife on amazing Wildlife Safaris.

Q.What are the covid Guidelines to follow if you are planning a wildlife holiday in India?

It’s compulsory for everyone to maintain social distancing and wear masks and have sanitizers. You need to book your Wildlife Safaris online in advance. Covid -19 vaccination certificate is compulsory for every traveler and you also need to show an RT-PCR negative report if the situation arises.

You can check the government portal for Wildlife Safari booking in advance but you can also contact Tour My India for all the queries and wildlife holiday package bookings. We provide the best Wildlife holiday Package tour at a very good price with great deals and discounts.