Increase in Tiger Population in Ranthambore Tiger Reserve and Its Consequences

Reports are coming that there is a rise in tiger population in Ranthambore Tiger Reserve. According to official data, there is a 45% growth in tiger population in the last eight years. The good news will boost the wildlife tourism in the park in the coming seasons as well as open a new direction in tiger conservation in India. Let’s have a read of the news in detail and all of its related information.

Rising Tiger Population and Its Consequences

The vast wildlife reserve area of the Ranthambore Tiger Reserve has now become insufficient due to the rising population of tigers. As the number of tigers have increased, the situation has been challenging the forest officials and the wildlife experts with some consequences.

Tigers Moving in the Periphery of the Reserve 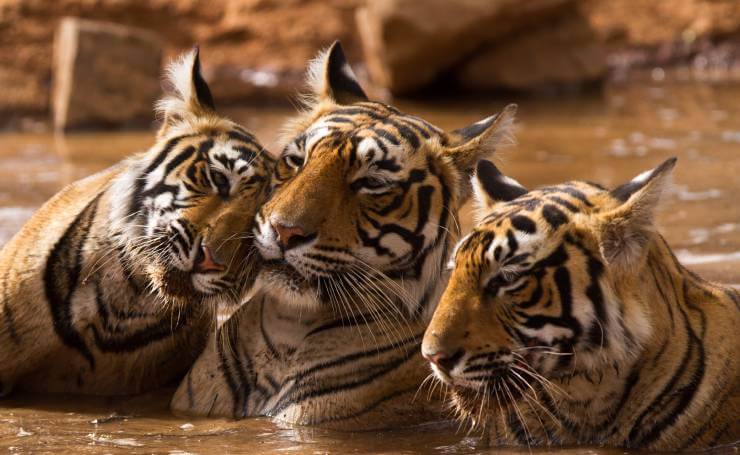 Tigers are dominant territorial species and they do not allow another feline in their own territory. These 12 tigers are suspected to be pushed out by the stronger tigers in the reserve. The field director of the tiger reserve, Sedu Ram Yadav said while commenting on the reports of the rising tiger population in Ranthambore, “The concern is not just that these tigers are moving in the periphery but if they disperse outside during monsoon, it will bring them in contact with human settlements.”

The Area of RTR Becomes Insufficient 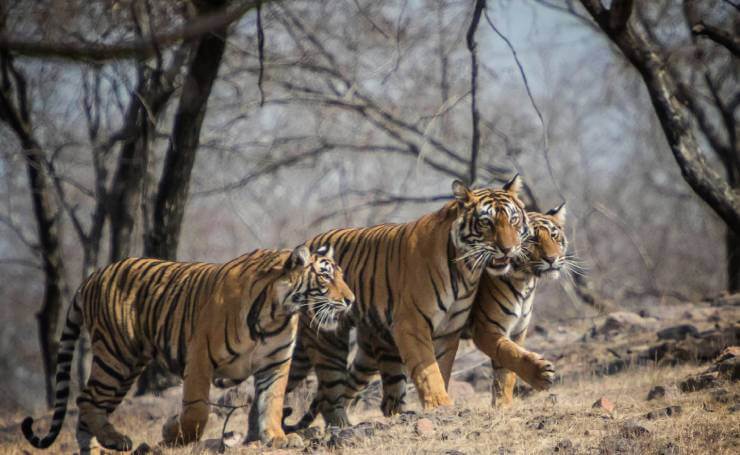 There is a 45% growth in the tiger population in Ranthambore National Park in the last eight years. In 2014, there were a total of 59 tigers, and the number becomes 86 in 2022. Reportedly, 86 tigers have been living in the 1,334 square kilometres area of the reserve, making it the third most congested tiger reserve after Corbett National Park and Kaziranga National Park, the other two popular tiger reserves in India.

There are also imposing chances of the tigers disappearing due to other reasons. In the last few years, a total of 13 big cats in India went missing including male tigers T-47, T-42, T-62, T-64, T-95, T-97, and female tigers T-72, T-73 and along with her three cubs, and T-92. This could be a reason for illegal activities or deaths due to the clashes between the tigers living in the same territory.

Steps Taken by the Officials

As per the official data, how many tigers are moving in the periphery of Ranthambore Tiger Reserve?

There are a total of 12 adult tigers, aged between three to five, moving in the periphery of the Ranthambore Tiger Reserve.

Why are tigers moving in the periphery of RTR?

Basically, tigers are dominant territorial animals and they do not allow other felines in their own marked area. The 12 adult tigers are supposedly pushed out by stronger tigers from their areas and that’s why they are moving to the periphery.

What could be the main reason for tigers moving in the periphery?

The main reason is the rising population of tigers in the Ranthambore Tiger Reserve, which leads to a total of 86 big cats living in an area of 1,334 square kilometres. There is a 45% growth in the population in the last eight years. In 2014, there were 59 tigers, and now the number becomes 86 in 2022.

What could be the possible aftermath of these 12 tigers moving in the periphery of RTR?

As the tigers are moving in the periphery of RTR, it is posing a threat to the nearby human areas. As per an official of the reserve, if they disperse outside during monsoon, it will bring them in contact with human settlements. Also, they are becoming prone to illegal activities like poaching in the coming days. The park authority has tightened 24x7 security in the park. They also installed camera traps in the movements of the targeted tigers.