In Rajasthan’s Nathdwara, the tallest statue of Lord Shiva in the entire world was unveiled on October 29, 2022. The statue, which is referred to as ‘Viswas Swaroopam,’ means ‘Statue of Belief,’ is located in Nathdwara on a hillock called Ganesh Tekri and depicts all the characteristics, feelings, and expressions of Lord Shiva. Located around 45 kilometres from Udaipur, the statue possesses amenities including stairs and elevators. Additionally, it contains a VIP lounge, visitors’ room, administration office, and meditation room.

The largest Shiva statue in Rajasthan was unveiled to the public by the renowned spiritual guide Morari Bapu along with Rajasthan’s Chief Minister Ashok Gehlot, assembly speaker CP Joshi and other famous personalities. It has been constructed by Sant Kripa Sanatan to boost up religious tourism in the state, which is a crucial part of Rajasthan tourism sector. The Nathdwara Shiva statue, which took 10 years to complete and was built on a hill of 51 bighas, is a big part of Madan Paliwal’s visionary proposal for the Miraj Group in Udaipur as per the reports. 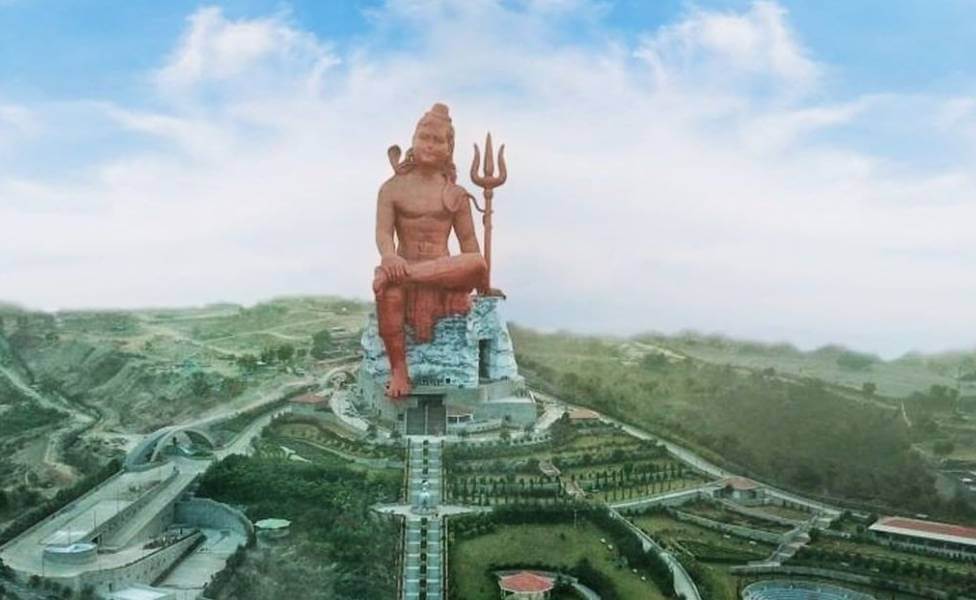 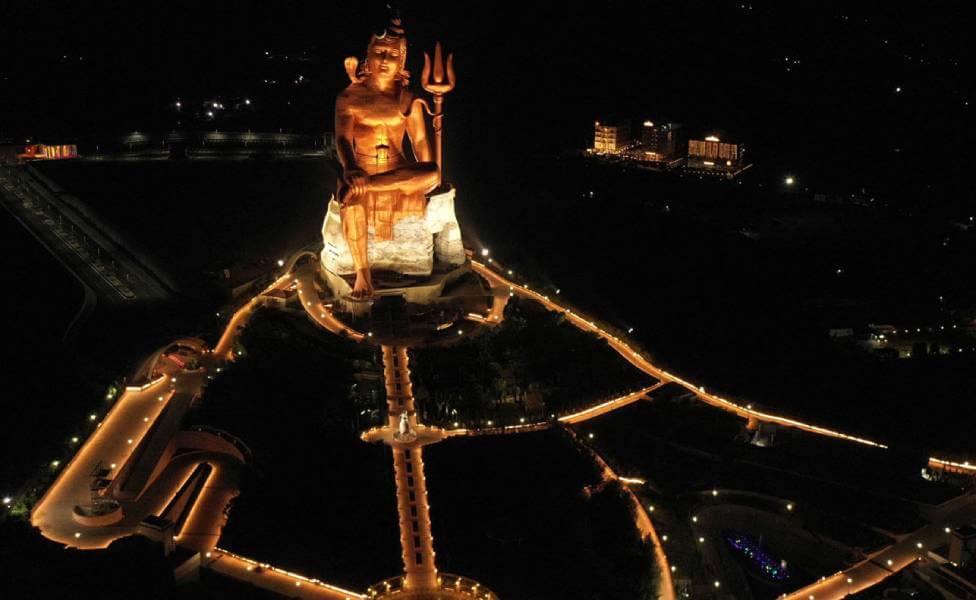 Want to know about things to do while visiting the Statue of Lord Shiva in Nathdwara?

The top things to do here are: –

Moreover, the most interesting thing is the venue will host the adventure activities like:

The best places to visit in Nathdwara which are the nearby tourist attractions to the statue of Lord Shiva are:

The best time to make a Nathdwara tour plan to visit this statue and its nearby tourist places is from October to February when the temperature becomes low and the weather becomes perfect for travelling.

How to Reach this Trending Tourist Attraction?

Well, you can reach Nathdwara by taking a flight to Udaipur Airport and then a cab to the complex of the statue. You can also avail buses from different points of Gujarat and Rajasthan to reach this must-see place in Rajasthan. It is located near to the famous Hindu Temple, Ganesh Tekri Temple and can be reached via National Highway 8 from Nathdwara Market.

The tallest statue of Shiva in Nathdwara, Rajasthan is thrown open to tourists to boost up religious tourism in Rajasthan. Now onwards, a trip to Nathdwara cannot be completed without visiting this must-visit magnificent statue. For travelers, adding this wonderful tourist attraction to their forthcoming Rajasthan tour is necessary as the place cannot be missed by any chance. If you have any query about this place, please write to us.

Where is the tallest statue of Lord Shiva unveiled?

In Nathdwara, Rajasthan, around 45 kilometres from Udaipur, World’s tallest Shiva Statue is unveiled.

Who built the world's tallest Shiva Statue in Nathdwara?

It is a dream project of Madan Paliwal, the Chairman of Miraj Group. It has been constructed by Sant Kripa Sanatan.

What is the height of the statue?

What is the name of the statue?

The statue is referred to as 'Viswas Swaroopam,' which means ‘Statue of Belief.’