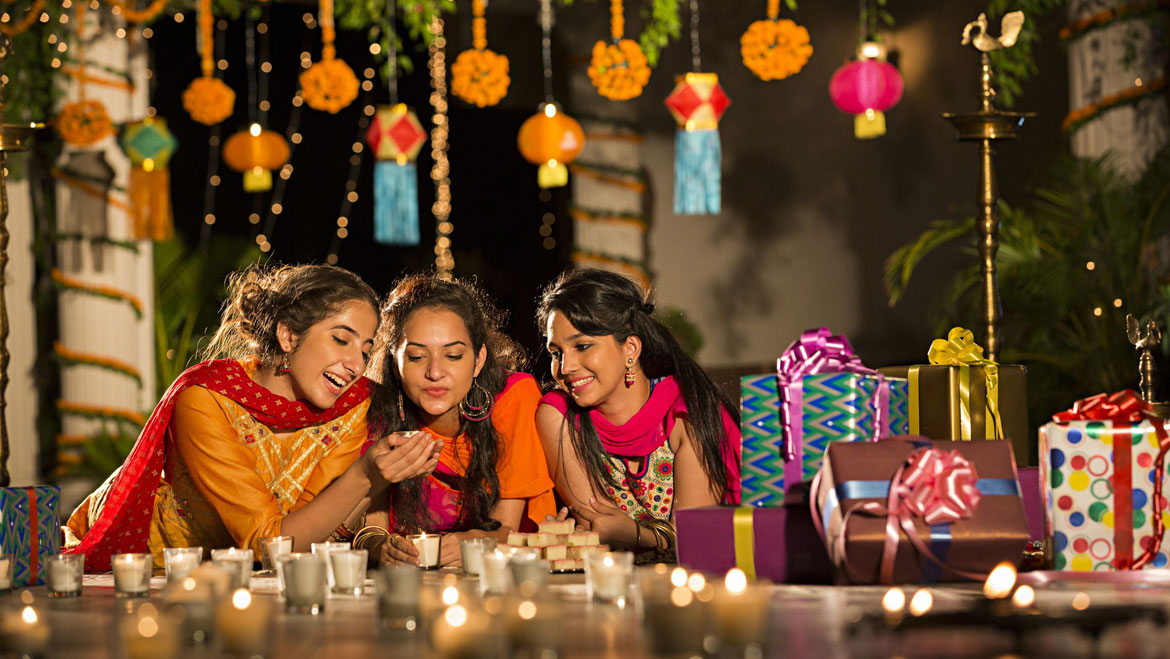 With the air being filled with festive excitement, the month of November in India holds a special interest for tourists. In fact, the country has always lured tourists from around the world and one of the major reasons being the festivals and events which take place in this magnificent land. And we have to agree the best festivals in India take place during the month of November. Moreover, this year, 2020, November holds some very special events and festivals of India which might just grab your attention and interest. To know more about the various events and festivals of India, hop along this exciting ride with me and explore the various events and festivals taking place in the country in November 2020. 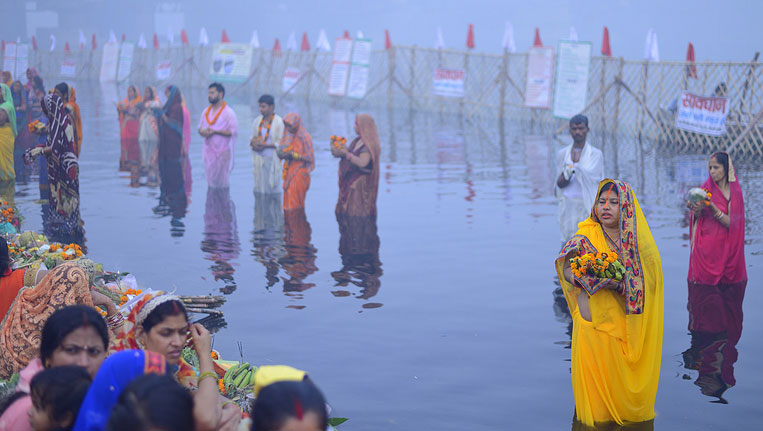 One of the unique festivals of India, Chhath Puja is considered as an eco-friendly Hindu festival. This festival is dedicated to the Sun God and his wife Usha. This festival is celebrated with much enthusiasm and belief all across India and some parts of the world like Nepal, USA, UK and selected regions of Africa. This festival is considered a major one in the Indian States like Bihar, Odisha and West Bengal. Apart from being celebrated in different regions of the world, the celebrations include the various seasonal fruits; sweets like the traditional Thekua as a prasad. 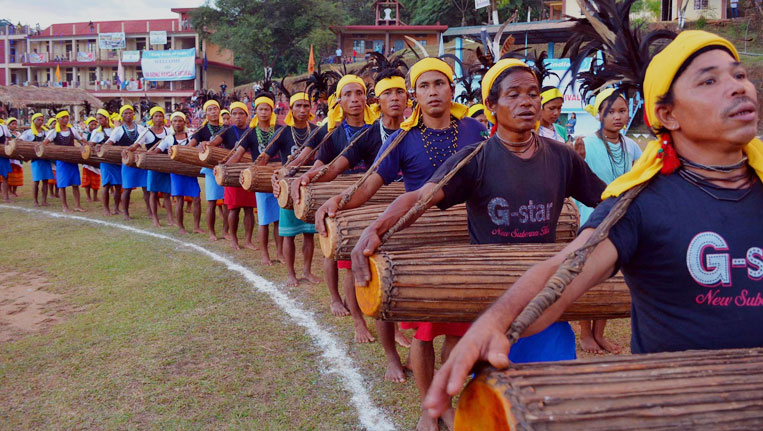 You’ll get so excited just by witnessing the grand celebration of Wangala Festival. Celebrated with the belief of being thankful to the Sun God for giving a good harvest to the people, the celebrations of this festival roars like a lion. Also known as the festival of 100 drums, it surely does justice to its name and the Garo Tribe makes sure of it.

Note: Similar festival is celebrated by Khasi people of Meghalaya and is called Ka Pomblang Nongkrem. 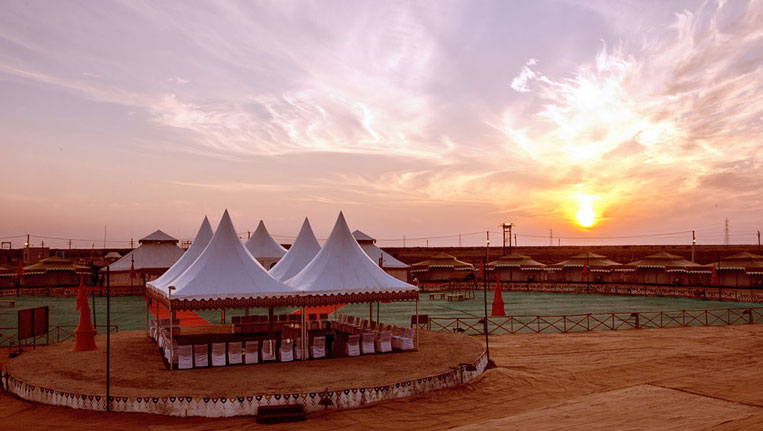 An excellent view of land filled with salt accompanied by folk dance and music is what the popular festival of Rann offers. Organised by the residents of Kutch in collaboration with the Gujarat Tourism, Rann Utsav has succeeded immensely in gaining interest and attention of tourists. The festival not only offers cultural fiesta but also an opportunity of shopping for handicrafts and handlooms or having an aerial view of Rann of Kutch in a hot air balloon. Be a part of this must-see festival which will take place in the month of November and experience the beauty of this place. It will be one of the best things you would watch in November.

Fun Fact: This festival will be celebrated till February 2020.

Where: Rann of Kutch, Dhordo, Gujarat 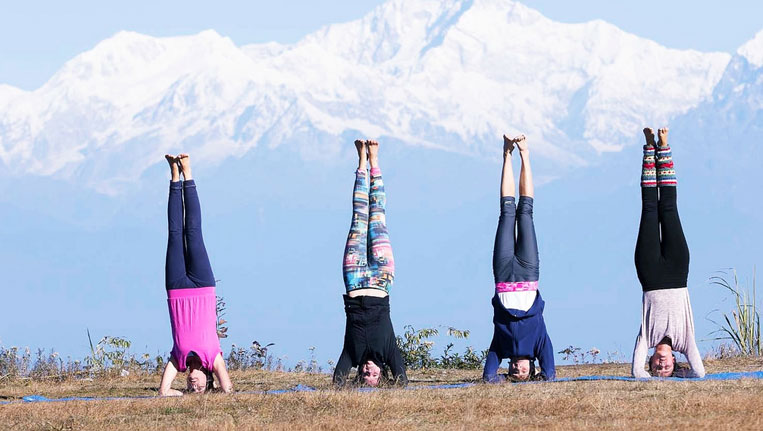 To get inner peace you don’t have to turn into Master Shifu and meditate in a cave for thousand years, rather as a shortcut you can simply visit the International Yoga and Music Festival. This unique festival happens in the yoga capital of the world- Rishikesh and the sole reason for attending it is the activities that will surely help you find inner peace, the ambiance will act as an addition to the cleansing process. To experience this one-of-a-kind festival, plan a trip to this magnificent place. 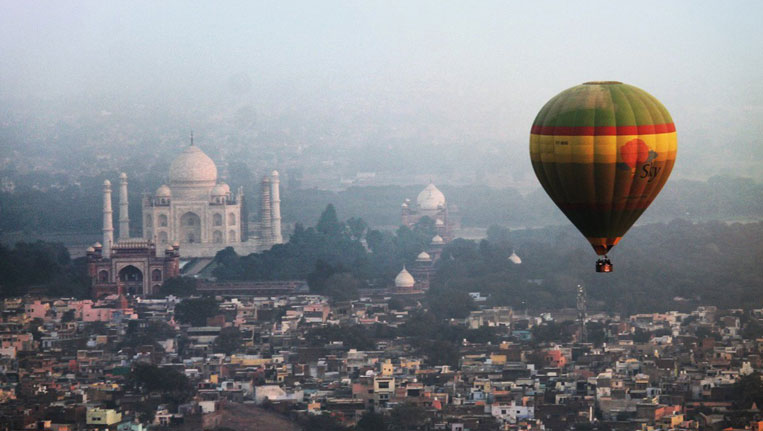 Ever thought about having a different view of the Taj? Well, a recent initiative from the Uttar Pradesh Government has certainly made the right deal for you then. The government introduced the Hot Air Balloon festival in order to give you the best possible view of the Taj Mahal to the tourists and help you experience this unique celebration in India. 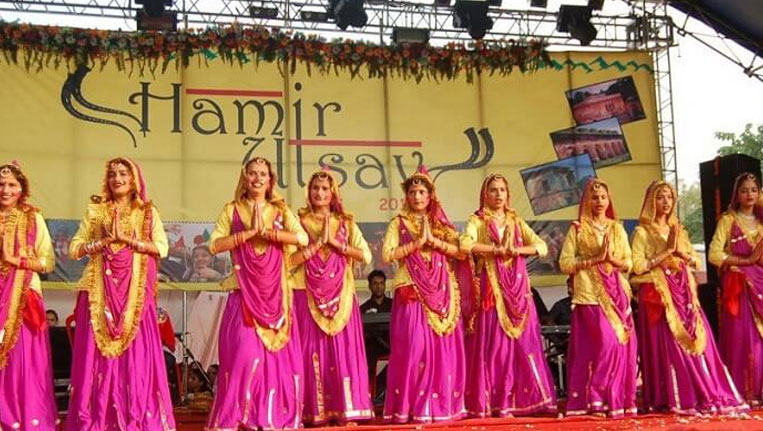 Many people get confused between the Hemis Festival and Hamir Festival, maybe because they sound similar, although the two festivals do showcase the different beautiful cultures of India. Coming back to the Hamir Festival, the locals of Hamirpur district in the state of Himachal celebrate the existence of Hamirpur with such enthusiasm. The locals indulge in folk songs, dance and various activities. The district has a strong folk culture and they present it in cultural programmes known as Jatras and Jheras. Hence, list this must-see festival while planning a trip to India in November. 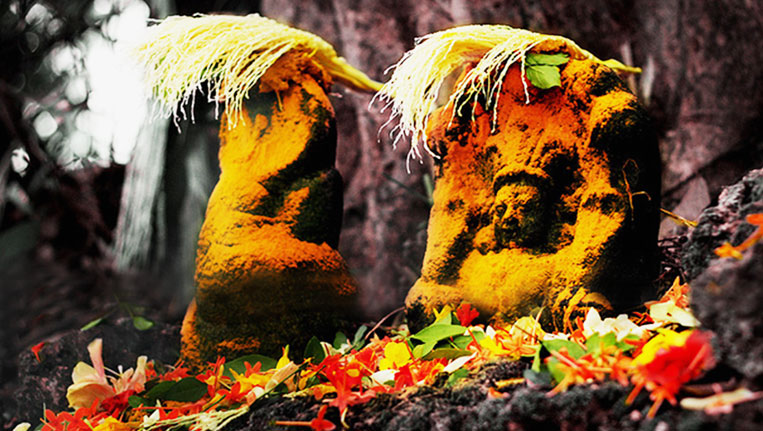 The question on creation of Kerala; the importance of snakes in the culture; and the belief in Nagaraja, are all answered in the celebrations of Mannarasala Ayilyam. The belief behind this grandiose celebration is that when Parshuram killed thousands of Kshatriya and wanted to be free from sin, he prayed to Lord Nagaraja. The uniqueness of this festival is the sole fact of having a Brahmin women priestess and the worship of snakes. The festival is one oc the major South-Indian festivals and is celebrated in a secluded forest region of Kerala. 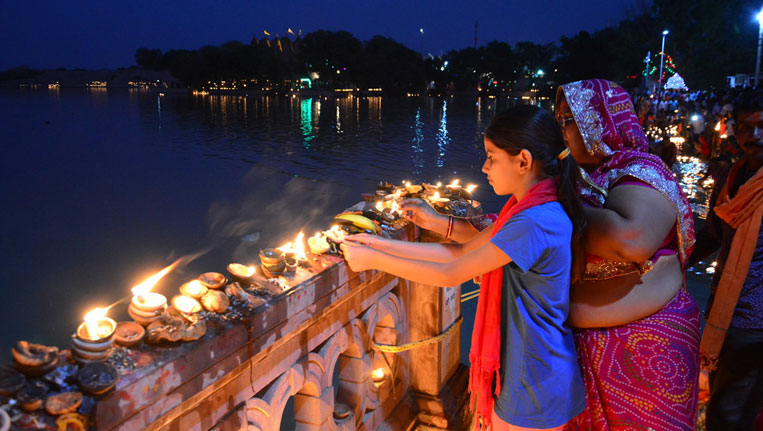 Various festivals take place in incredible India and Kolayat fair is one of them. Being a major festival of Bikaner, this fair has grandiose celebrations. The prime reason behind this festival is that the city celebrates the existence of Saint Kapil. The legend says that a saint named Kapil Muni meditated on the ghat of a lake called Kolayat for the redemption of mankind. He is still considered to be an incarnation of Lord Vishnu. The celebrations start from the ghat named after him, i.e., Saint Kapil Muni with the pilgrims doing aarti, offering sweets to the lake and having a dip in the sacred lake. Since it is celebrated from the morning, it is continued throughout the day of full moon in the month of Kartik according to the Hindu Calendar. So while planning a trip to Rajasthan, make sure you visit Bikaner in November to witness this extravaganza.

Where: Kolayat, near Bikaner, Rajasthan 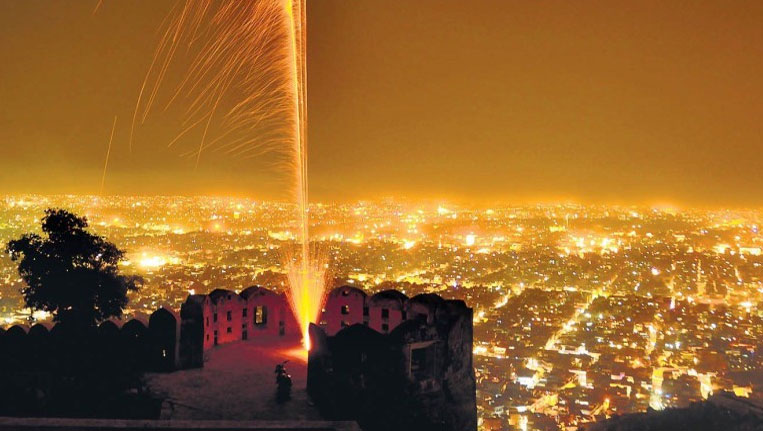 One of the biggest Hindu festivals of India, Diwali is dedicated to the victory of good over evil and brightness over darkness. The festival is celebrated in honour of the return of Lord Rama and his wife Sita to Ayodhya, their kingdom. Nowadays, Diwali is more about fancy lights and crackers, but the festival is more than that. Diwali is about the cleansing of the negative aura present in one’s life and introspecting.

Where: Across India except South Kerala 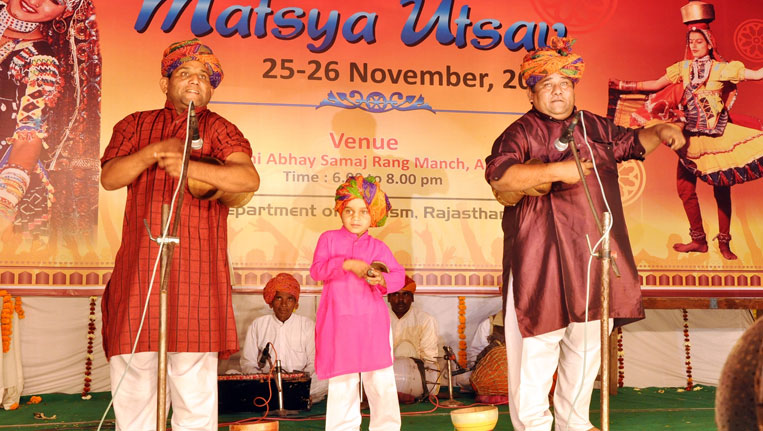 Yet another festival in India, Matsya Festival is celebrated to glorify the prosperity, traditional values and colourful customs of Alwar (Rajasthan). One of the must-see events in India, this two-day festival aims at showcasing the diverse societal and ethnic legacy of the town through various competitions which include shows, folk songs and dance, activities and more. 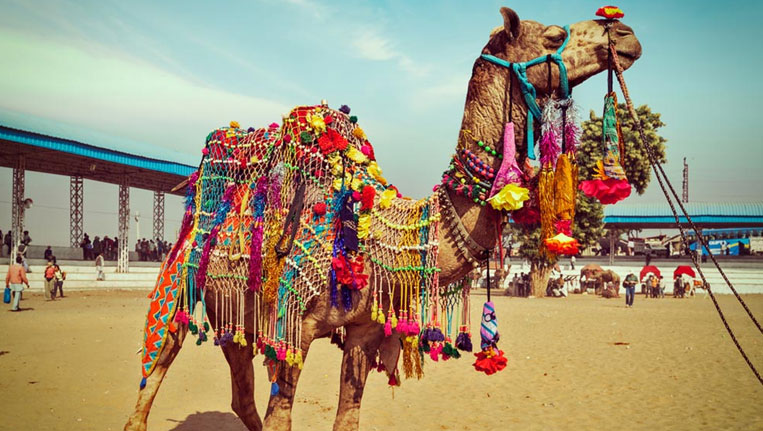 Pushkar Camel Fair has been a top tourist attraction for its outstanding display of beautifully decorated camels but apart from that, this popular fair also showcases the traditional side of Pushkar. But the fact of camels being the major tourist attraction, still remains. The reason behind this fair was to involve the camel traders to trade during the holy month of Kartik but now, with the involvement of Rajasthan Government and Tourism Department, the focus from trading the camels has shifted to indulging the animals in various activities and competitions. While your visit to India, make sure you visit this extraordinary festival in Pushkar and experience another side of India. 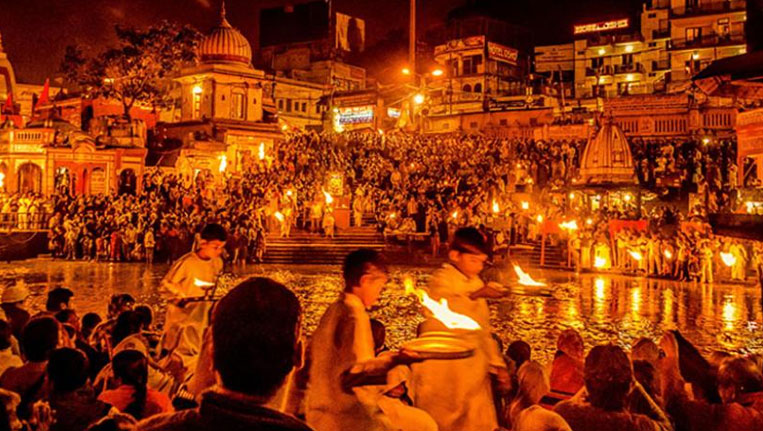 Ganga Mahotsav is the only occasion where you witness the stairs on the Ganga Ghat of Varanasi being decorated with thousands of Diyas and the city being indulged in the grand aarti. There are two different legends behind this religious celebration: first reason being the belief that Lord Shiva defeated the demon Tripurasura and the second reason being that Gods descended on Earth on this day and bathe in Ganga. The celebrations include the devotees dispersing floating earthen lamps in Ganga to show the way to the Gods towards the river. This celebration is held after Diwali and is a five-day extravaganza. During this, the whole city is decked up and looks spectacular be it in daylight or at night.

Best Tourist Attractions and Places to See in Varanasi 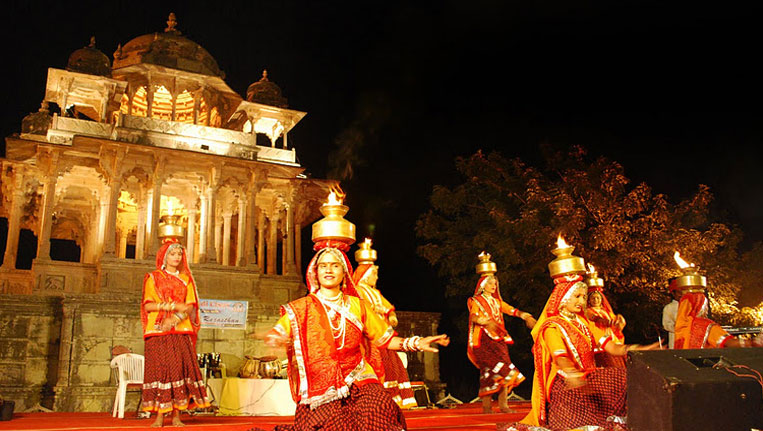 Bundi is a beautiful city in North Indian state of Rajasthan where a two-day carnival takes place in honour of the rich culture and tradition of the place. The aura of the cultural city is filled with enthusiasm and excitement. During the celebrations, activities like cultural shows, sports, folk songs and dances and much more are showcased. You will find people dressed in the traditional attires. The event is a perfect concoction of traditional art, culture, and craftsmanship. 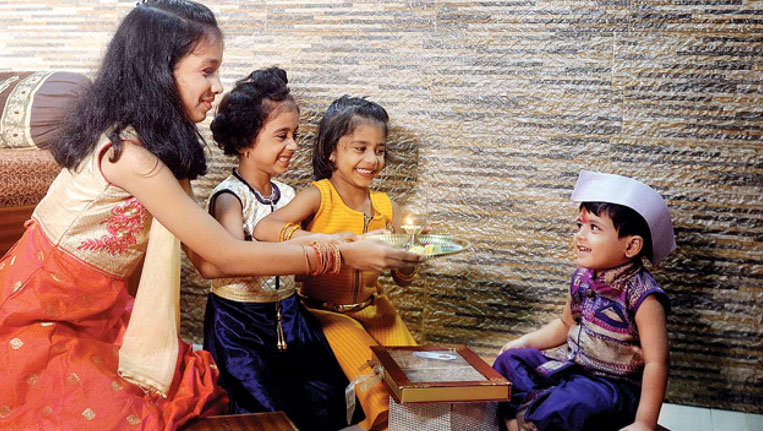 Much similar to Raksha Bandhan, Bhai Dooj is a major festival celebrated in the month of November and it too celebrates the sacred relationship of a brother and sister. The festival is celebrated for the long life of the brother. According to the legend, Yama (Death God) visited his sister Yami (Yamuna) on this day and she in return welcomed him with tilak and offered sweets. Delighted with this sweet gesture, Yama granted that every brother who visited his sister and gets welcomed in a similar manner should never worry for his death. Interestingly this festival is known by various names like Bhau Beej in Goa, Karnataka and Maharashtra, Bhathura Dwitiya/ Bhai Phota/ Bhau-Beej in Bengal, Bhai Tika in Nepal and Ningol Chakouba in Manipur.

Where: Across India and Nepal 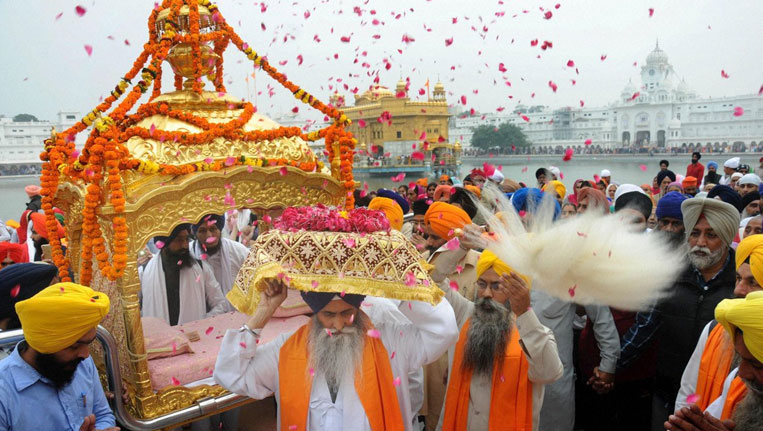 One of the major festivals in Sikhism, Guru Nanak Jayanti or Gurpurab is celebrated with great zeal in the honour of the birth of Guru Nanak. This festival usually is celebrated for three days where on the first day the pilgrims conduct an Akhand Path (48 hours of non-stop recital of Guru Granth Sahib). The second day records a procession led by Panj Pyaras and in this procession, the Sikh flag and a palanquin carrying Guru Granth Sahib are carried out. The third day is Guru Nanak Jayanti when the devotees get up early and sing Asa-Di-Var and have langar in the afternoon.

Though India is the land of festivals and rich culture, but some festivals and events have a different impact on one’s life and November has some of them in store for you. To witness some of the amazing events and festivals of India, plan a trip with us in November and to explore the cultural side of the country. Write us at info@tourmyindia.com or call us at + +91-9212553106 and we will provide you with the best.